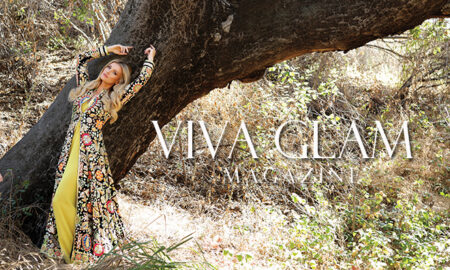 A HEART OF GOLD Joanna Krupa
Prev1 of 2Next

As the third runner-up on Season 14 of American Idol, Jax became a fan favorite of the season and created a fan base overnight. But with her raw songwriting and her instantly catchy pop-rock tunes, she’s one of the few singers that will actually be making a name for herself AFTER their reality show exposure.

Her song “La La Land” is making headlines for exposing the truth about the
American Idol experience and about Hollywood in general. Some reviewers say it’s vengeful but Jax makes it clear that she’s like any other songwriter and is solely expressing her emotions through her music.

Jax sets the record straight with us by explaining her intent for “La La Land”, describing her experience on American Idol, and what to expect from her next!

How would you describe your American Idol experience? Was there anything that surprised you about it?

My Idol experience was unlike anything I could ever imagine.
I made the most incredible friendships, gained a new family in my Jax Pack and was able to introduce myself to the world. I am so grateful to know some of these guys. They changed my life forever. We all connected on such a personal level since the environment was crazy intimate and seriously stressful. Nobody in the world will ever share what we share and to me that’s priceless.
As far as the whole reality TV end of it goes, I kinda expected to walk into something brutal and similar to the music industry in that sense. There were plenty of specific things that surprised me throughout the show behind the scenes…and it was never really what went down..it was how it went down that would take me off guard. There were a lot of scenarios that I was prepared for, but also a few things that really disappointed me…and disappointed all of us, to be honest. I knew the TV world was supposed to be cold, but I didn’t expect to have to go through that with my family so abruptly. Generally speaking, I don’t think I could have ever really predicted what I was signing up for or how the machine truly worked. I don’t think any of us could have. Hollywood is really another planet!
Regardless, I am extremely grateful to have had that platform, and I would do it again in a heartbeat.
I love my new family. I’m in awe of the fan love and support. I am extremely appreciative of the new open doors.
I TOTALLY loved being on a tourbus with the Top 5.
I think we all became immune to post-show smelliness and each other’s morning breath! I can’t wait to see the amazing things my crazy-talented friends do in the future.
I hope 2016 is ready for it. They’re about to take over the world!

You included a lot of your friends from your season of American Idol in the video for “La La Land”. What was it like getting the gang back together?

The video shoot for “LA LA Land” was SO much fun. The shoot itself ended up being a really long day, so I’m really thankful I had the fans and some of my best friends there to soften the blow.
We all worked our butts off that day, but had so much fun at the same time.
There was pizza and sushi and Taco Bell…Oh my! Daniel Seavey, Rayvon Owen, DiDi Benami, Sal Valentinetti, Adam Ezegalian, and Michael Simeon all came down to NJ to support me and take part in the video.
They were all fantastic and they never cease to amaze me with their talent and work ethic.
Aaron Dean, the director/producer, held this show together.
It’s always really refreshing to see my friends from the show because we have this unspoken bond about us.
We all can relate to one another better than anyone.
The shoot ended up turning into a weekend party. The boys came back to my house and put on a show.
Didi and I went to the movies and hung out for a few days. Having Daniel over was like having another little brother in my house. Michael and Sal were constantly messing around and Adam was drawing sketches throughout the shoot. Rayvon is my best friend, so I’m always thrilled to have his company.
We played hard and worked harder. They all knew how important this was to me and they gave it 150%. They really connected to the song, which made the stress easy. Like I said before, I will love these friends forever.