Despina Mirou, Queen of the World 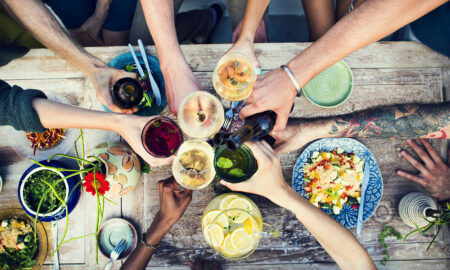 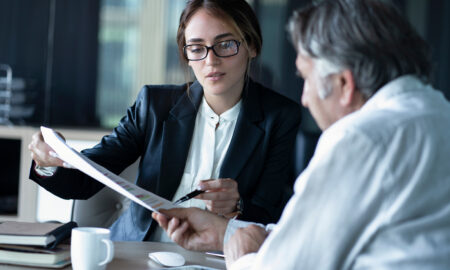 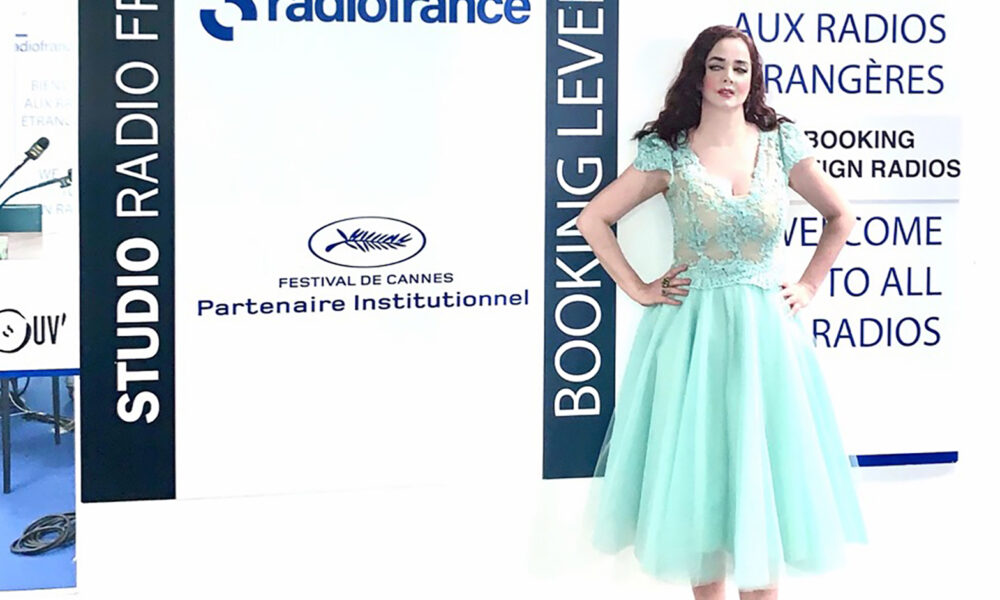 Despina Stole the Show at the 2022 Cannes Film Festival

Once again, Despina Mirou stole the show at the 2022 Cannes Film Festival. From the red carpet to her appearance in her films, she can always be found giving the crowd goosebumps. We love following Despina’s career here at VIVA GLAM, as we admire how deeply she dives into each character and the great range of performances she’s able to give. Her quirky, comical personality reminds us of a young Jack Nicholson, and her fans seem to agree. They simply adore her. After all, time and time again, her shows consistently sell out.

Throughout the 8 years she has been in the USA, she has received 49 awards from Best Comedy Actress to Best Writer to Best Stand-up Comedian. On top of her standout talent, Despina seems to always looks chic and beautiful for each of her appearances, and we admire someone with both style and talent. And this year at the Cannes Film Festival was no exception. Despina was not only there for her film “Tango Shalom” but also for her appearance in David Cronenberg’s new film “Crimes of the Future”. Her performances were mesmerizing, and her red-carpet looks were gorgeous.

Seeing her accomplishments and how far she’s come from her past hardships provides us with so much inspiration. She came to the US without speaking English after being discovered by Peter Bogdanovich in Greece (from a TV comedy series she did as a child). After working with a Canadian director who gave her the lead role in a 2012 film, which debuted at the Cannes Film Festival, Despina’s career took off.

After moving to New York and trying to get by with little understanding of the English language, Despina made her comedy debut impersonating Lucille Ball at a New York comedy club. It was there she was discovered by her manager who helped put her down a path to success. Despina moved to Los Angeles for a “male star” she fell in love with, and it was here in LA where she studied English for two years at Santa Monica College, Film, Comedy, and Directing, and later Planetary Astronomy at S.E.T.I. Despina attended her schooling while auditioning daily and performing standup at night. Her struggle was real, and she fought hard through it to come out on top.

In 2013, Despina received her celebrity Green Card, and 6 years later, in 2019, she officially became an American citizen. She went to the 2021 Cannes Film Festival with a British film, where she played the iconic Sophia Loren, after acting in Ridley Scott’s film “Elton John”, which she co-directed. And as mentioned above, in 2022 she went to the Oscars with her comedy “Tango Shalom”, and with the same film, she went to 2022 Cannes Film Festival. Plus, she was in David Cronenberg’s film “Crimes of the Future”. So, in a period of 8 years, she performed in 4 big TV series, in 17 films, and in 1,085 live stand-up shows and counting- all while taking care of her family and getting her schooling. She is a true inspiration to those who work hard, and she is proof that hard work and talent will eventually land you on top.

Despina, you hit the red carpet twice this year, once for “Tango Shalom” and once for “Crimes of the Future” by the legendary David Cronenberg. Can you tell us a little about these incredible experiences?

Yes, I had the honor, after the Oscars accepted “Tango Shalom” this year, to have a premiere in Cannes, too! I feel so lucky. Cannes is a very special place for me, especially after I got to show up with two huge American feature films: an enthralling comedy and an amazing drama. What can I say about the genius Cronenberg? It was thrilling to have Cronenberg’s film chosen and nominated for an award at Cannes.

Tell us about your experience working with David Cronenberg.

First, I kissed his hand, and I told him, “Thank you for what you offer the global cinema!” And I mean that! I was dealing with an incredibly gifted director, and I was full of enthusiasm! His films are a little (or should I say very) ahead of their time. Originally written by the director two decades ago, this is a pure Cronenberg film; he returned to his roots. While the human species adapts to a synthetic environment, the human body undergoes new mutations. It shows how we act and damage our environment and how that affects our lives both mentally and physically. It is a surgical art performance starring Viggo Mortensen and Léa Seydoux. I love Cronenberg for this. If you check out his “SupeRare”, you can see Cronenberg’s kidney stones! He’s proposing his kidney stones as an artistic statement of his inside body to his outside. I found this amazing. That’s why he is unique. Cronenberg is one-of-a-kind. Period.

Can you give us some highlights from this year’s Cannes Film Festival?

First of all, I want to say that Léa Seydoux is a chameleon. She is unbelievably talented. Second, I had the honor of speaking with two other amazing directors: Guillermo del Toro and Abel Ferrara. They both spoke with me about how Hollywood is a factory and not really a place for them to create art. They said their scripts always get changed throughout the Hollywood process. To me, this is absolutely unacceptable! When Del Toro gives you a script, you have to respect this genius director’s vision and support him, not try to change his vision. After that conversation, I understood how difficult it is even for such huge directors to do their work the way they want it. What can I say about their films? They are both brilliant! Also, at the Cronenberg after party, I met the Academy-Award-nominated actress Maggie Gyllenhaal. She was amazing, and when I told her that I remembered seeing her in a Broadway show years ago, she was so appreciative. I was also very happy that, this year, Forest Whitaker received the Festival’s Honorary Palme d’Or! It’s a tradition in Cannes to honor those who have made history, and Whitaker is definitely one of them!

You have been to the Cannes Film Festival three times. What are your favorite memories from the [Promenade de la] Croisette?

It’s a very special festival for me because it was the first festival I ever participated in. My first film there was “Emma Blue”, a Canadian comedy. I didn’t even speak English then! Later, I came back to the festival when I had the honor of playing Sophia Loren in a British film. Also, last year, Spike Lee was its President, and I was very impressed by him. What a director! He also started at Cannes with his film “Do the Right Thing”. But this year, Cronenberg’s film made the experience extra special for me! It was the first time that I hit this huge festival with a comedic feature and a dramatic feature, and both were nominated for awards! I feel grateful for my career, and I feel very lucky to be able to do everything I adore so much! As an actress, Cannes is really one of my favorite destinations, as it is a global platform that brings the whole world together!

Your new “Iconic Hollywood Stars Calendar 2022” is already sold out. Girl, you are unstoppable! What inspires you to be so creative?

I am a workaholic! Since last year’s Celebrities Calendar went amazingly well, I announced (at the very last minute this year to my four managers) that I have a new one ready. I love to surprise the people who work with me. They were very excited. I keep the calendar’s stars a secret until I publish it. I love to completely change my face. I find it absolutely liberating to look in the mirror and not recognize myself at all! I change myself completely into each character. That’s my true passion in comedy: impersonations! A few of them I have played already in comedy clubs, like Lucille Ball, Marilyn Monroe, Joan Crawford, etc. I dedicated this calendar in loving memory of Lucille Ball and last year’s in loving memory of Robin Williams! I love cinema! I’m in love with my art! I don’t like the word “work”! Acting is not work. The scripts, shows, and new ideas for writing keep me up late at night. Acting and writing is my “personal talent gym”. So, I go to this gym every single day! I haven’t even gone on vacation in the past few years. I haven’t cared to. The work drives me too much.

Do you believe in fairy tales?

Yes! I feel like a magician, like an alchemist, every time I act in a film. I want to leave a legacy. What I leave behind is a side effect of who I have become. For example, three French producers, who watched me this year on the red carpet, all gave me a new script to star in without having me go through casting. This has been happening regularly through my stand-up shows, as well. Boom! So, yes, I believe in fairy tales.

Your new film, “Tango Shalom”, hit the box office despite the pandemic and received many awards. You played alongside Renée Taylor and Lainie Kazan. What was that experience like?

When I worked with Lainie and Renée for the comedy film “Tango Shalom”, I had a great time on set. We shared a lot of laughs together during filming. “Tango Shalom” was bought by a big distribution company, Vision Films, produced by Joel Zwick (the maker of “My Big Fat Greek Wedding”), directed by Gabriel Bologna, and written by Joseph Bologna, with Zizi Bologna as music supervisor, producer, and film score. It has an impressive cast with Oscar nominee/Emmy winner Renée Taylor, Golden Globe nominee Lainie Kazan (“My Big Fat Greek Wedding”), Karina Smirnoff, the Laniado brothers, Hamza Zaman, and Bob Greenberg. It is now playing in cinemas nationwide. The project has also received 14 festival awards globally. The Oscar Academy chose our film out of 280 films for the 2022 Oscars! That was a huge honor, even though we were not nominated, because I am now a member of the Academy!

You have mastered the art of comedic timing, but you already know that from the audiences’ reactions to you, right?

For me, comedy is a way of being! And it shows through in my work. That’s why the audience laughs and resonates with my personal vibes. Even though I am the first Greek person to become a successful stand-up comedian, I come from a classic theatrical background. That’s like committing a sin! I’m joking, of course!

After achieving global success as an actress, writer, stand-up comedian, and astronomer, you decided to move behind the camera, achieving your directorial debut in the Ridley Scott film “Life in a Day”. Can you elaborate a bit on this for us?

Yes, soon I will start directing my own films. I mean, I wrote four already. Last year in Cannes, I sold one of my scripts to a Japanese producer. It’s the biography of a Samurai. I have already started working on a comedic film, and soon, I’m going to work with deeper themes with my future drama film.  It is very “Cronenberg-style”, dark and deep, a little metaphysical! I want John Malkovich for the lead role. I was so lucky to co-director on a Sir Ridley Scott film. This huge honor will help me tremendously as I continue on my present path into directing. 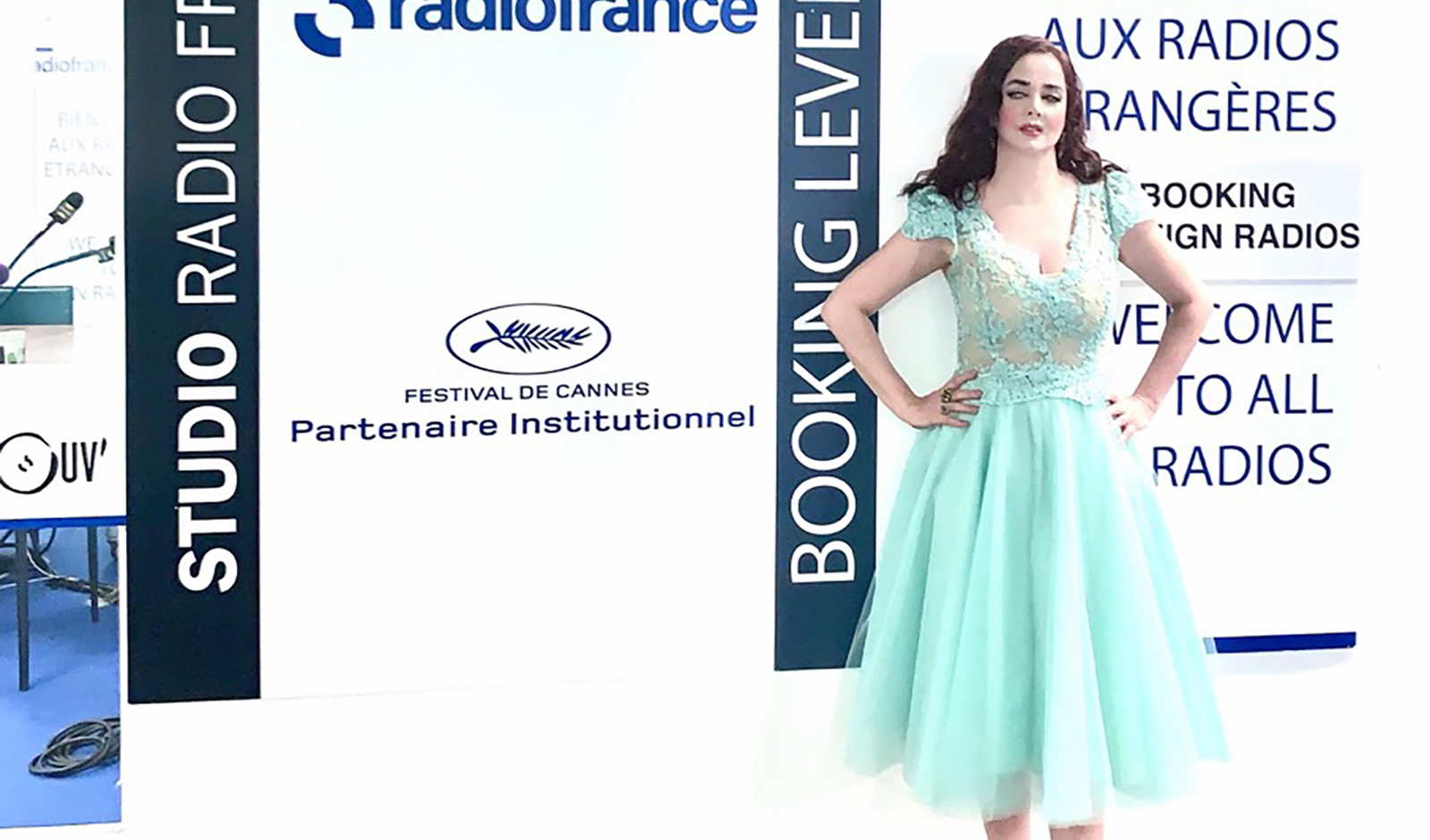