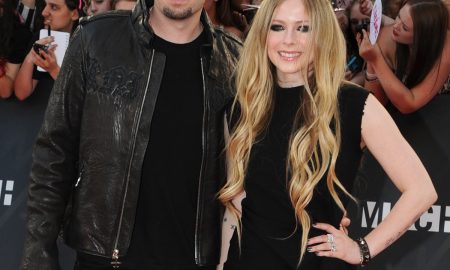 Were you a fan of Mary Poppins as a child?

Music was [also] a huge part of my life. I am a huge Michael Jackson and Elton John fan.

I spent a huge part of my childhood performing for my parents, I was always trying to show off. My grandad got me into Swan Lake and Tchaikovsky. He gave me the tape as a gift. I was dancing to Romeo and Juliet, those beautiful ballets. I would put on my ballet outfit for my family. There’s a lot of pictures of me performing when we had friends over on Saturdays. I’d always want to show off.

How did you prepare for the role?

I grew up [watching] her. I auditioned for [the role] on Broadway. I already knew a lot about her . I also watched the 1964 premiere on YouTube. It shows Andrews coming out of the car, [her on] the red carpet, her mannerisms, the way she waves to the crowd, the way she holds her purse. I would mimic her mannerisms of that time. She was very graceful, elegant, beautiful, and very well-spoken. It was such a pleasure and honor to be there with context.

We recreated the premiere at Grauman’s Chinese Theatre.
I was just there for the 50th Anniversary talking to Richard Sherman (one of the composers for Mary Poppins). It’s just a lot of history. It’s been shown all over the world, translated into every language. It’s a legend itself, that premiere. It’s a real spectacle.

That scene is the biggest scene in the movie and it was great to be a part of it.

The cast of Saving Mr. Banks was full of A-List talent, such as Tom Hanks and Emma Thompson. How did you enjoy your time with them?

Well, I’m a huge Tom Hanks fan and I had the premiere [scene] acting with Tom Hanks. It was just the most incredible experience to meet him. I’ve idolized him since Forrest Gump and Cast Away. Those are the two big movies for me. To see him and [be acting as] Julie Andrews and casting for him in character [as Walt Disney] was awesome.

What kind of story should we expect when we go see the film?

I will say that [the story] gives a perspective and different viewpoint of what was behind the making of Mary Poppins. It’s about Tom Hanks, who plays Walt Disney, and how he got the story made. Emma Thompson plays P. L. Travers, an interesting woman. She worked with Disney on a number of occasions. People are going to be find this particular interesting.

You are in another huge film that will be coming out in the summer of 2014. What is your role in the new Transformers film? And again, how did you enjoy your time with another A-List cast?

I played the executive assistant to Stanley Tucci.
[Working with him] was incredible, also Kelsey Grammer, incredible. It was such an honor to contribute to such a great movie.

Michael Bay and his whole team are just the cr‚àö¬Æme de la cr‚àö¬Æme. He knows how to cultivate an incredible group of people. [He’s made] some of my favorites films [such as] Pearl Harbor. I [always] wanted to work with Michael. I’ve admired him for a long time.
To work with him, just to be a part of it , I didn’t care if I was on screen for half of a second.

Was this your first action film? Is there anyone you would love to work with in this genre?

No, I did Higher Mission at the beginning of year. I played a love interest to a very handsome young man. I was blonde in that movie and I had a Russian-American accent.

I love the action movies.
I want to do more. I want to work with J.J. Abrams and with Tom Cruise.

How would you describe your personality and what are your favorite hobbies?

Some people would describe me as Mary Poppins. I adore kids and I worked as a nanny for a long time since I was 16-years-old. I have a big love for children and singing.

Do you have a habit that you think others might find quirky or strange?

I’m hugely into animals. I rescued 10 cats, kept two of them. Cats show up on my doorstep. I found homes for them. I just got a dog, [too].
My cats are named Elton John and Bentley, after my next car.

Definitely classy, elegant, with an edge. [I love] Max Vara, Karen Miller, Victoria Beckham, and [as a style icon] Audrey Hepburn.
[My style] is definitely not Melrose, L.A.