Just a few weeks ago, Avril Lavigne released her fifth and self-titled album, eleven years after her debut in 2002 with "Let Go". 30 million albums and 50 million singles later, Avril has only gotten more feisty and is back with a bang. (All photos by Mark Liddell.) 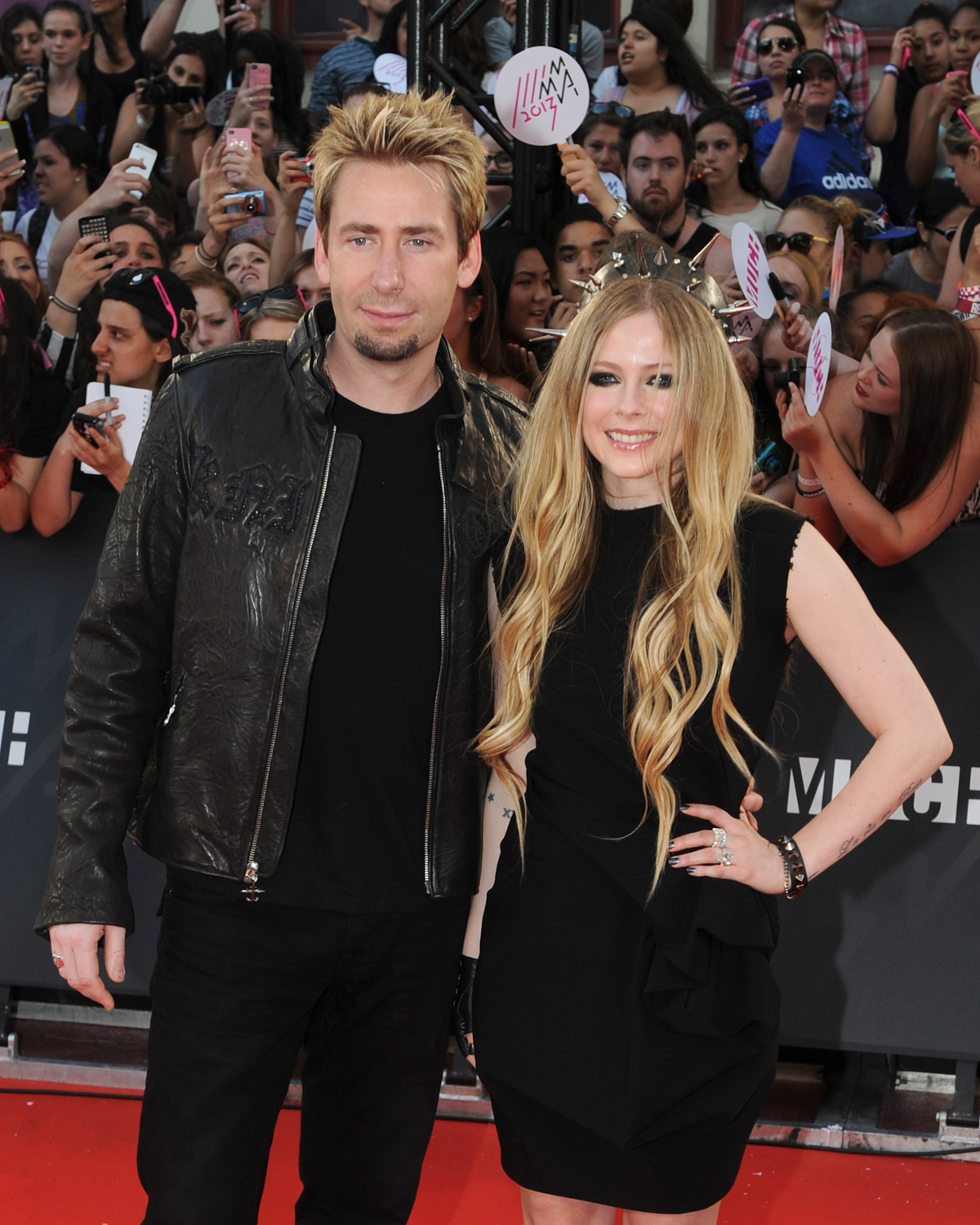 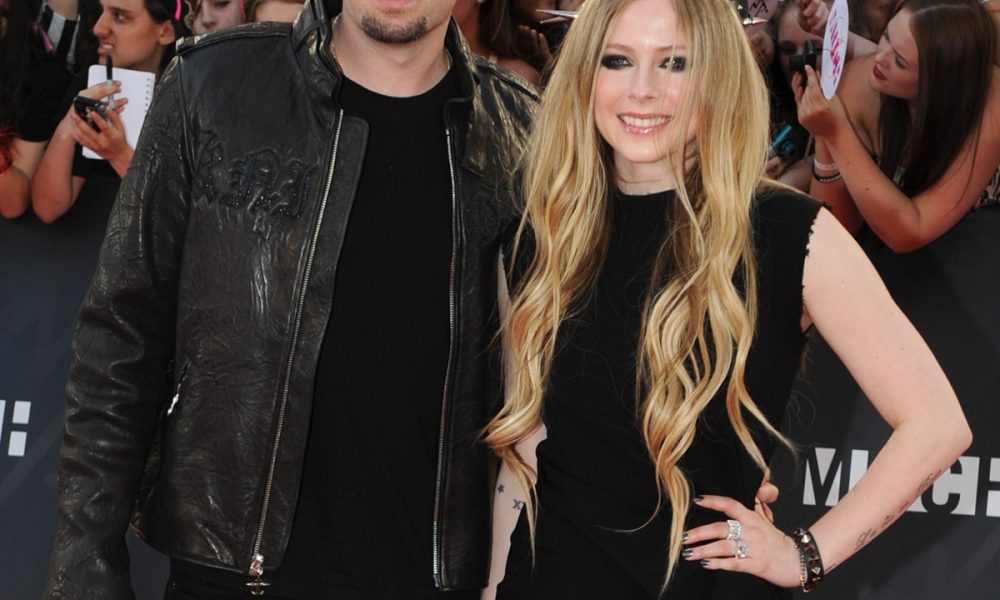 You may all remember her the best from her “Sk8er Boi” and “Complicated” days.
She frequently dressed like a tomboy and, single-handedly, made white tanks and striped ties popular amongst teenagers. But one by one as she released each album, she proved to the world that she’s not just a one or two-hit wonder. Hit after hit, Avril blossomed from a teenage powerhouse pop-punk artist into a gorgeous and still badass musician and songwriter, while still being a total sweetheart. From “My Happy Ending” and “Girlfriend” to “What the Hell” and “Here’s to Never Growing Up”, Avril’s proven that no matter how old she gets, her music will always be a go-to for girls looking for empowering music.
Alongside of her music career, she is also a fashion designer and philanthropist with her own foundation properly named, The Avril Lavigne Foundation.
Despite the fact that she wears so many hats, Avril took a second to talk to us about her new album, her love of rock and roll, and why she still loves to play the old hits.

ALBUM AS A WHOLE

You reunited with L.A. Reid for this album, who was your original mentor. What did he advise you on and
did you know what direction you wanted to take for this album?

No, it was kinda funny.
I didn’t really know what direction I was going to go in.

I asked him, “What do you think I should do?” He said, “You need to figure it out on your own and then I’ll be there to help you.” So, I went to the studio everyday and wrote a song.

Are the songs based on your personal experiences?

Actually they’re really just general topics. There’s a certain thing like in a verse of “17” where I say, “Stealing beers out of the trailer park/Flicking lighters just to fight the dark.'” That line was true. I used to do that. I was actually pretty excited when I played the song for my brother. He laughed.

Do you use your music as a catharsis? Do you have a particular approach to how you write songs about love?

I mean it depends. I find when I write on my own, I’m typically at the piano so it strikes a more emotional chord with me. It’s a more personal, introverted deeper space so that tends to happen .That triggers a more real experience. When I’m in a songwiting circle, it depends how I’m feeling that day. But this record is not about relationships.

The past four records, it’s been a lot [about] relationships, a lot about love and boy-bashing. This record is not as much about relationships, I talk about love and guys, but it’s [more] about love, Hello Kitty, and summer songs, which is great! I can’t write the same songs over and over again. I can only do it so many times!

When you have lyrics such as “I like it better than the hipster bullshit”, what are trying to convey with that? Do you find that hipsters are changing the rock and roll style of music and fashion? And, what is rock and roll to you?

What that means is not really following the trend going on, pushing the envelope.

Rock and roll is an attitude, lifestyle, music style, and fashion sense. It’s rebellious. That line “What if you and I just put up our middle finger to the sky”, [that means] f**k everybody else. Be yourself. Even if you don’t consider yourself very rock and roll, it’s about not following the trends and being independent.

Being the fun, bad girl (Tracks:
“Gimme What You Like”,
“Bad Girl”,
“You Ain’t Seen Nothing Yet”)

A lot of your songs are about confidence and female empowerment, and, sometimes, being a bad girl. Is this intentional or just something that happens organically? Why do you lean towards this theme a lot?

I like to have a consistent and empowering message in my music. It was not a conscious effort in the beginning
but that was how it was coming across. Now I’m aware of that and understanding the effect that it can have on my female fans.
Hearing certain stories from the fans and reading letters about how my music has changed them has made me more aware . I like to have that empowering message. I enjoy writing [in general] and writing pop songs. That’s my go-to. At the same time, I love to write all different kinds of music.

That’s what’s cool about music. Music is so powerful. It’s emotional and sometimes you can just hear songs, but you can [also] hear a song and in that very moment it can change you. I love that about music. It has that power.

You have a huge fan base in Japan. Was this song for them or was it simply for your love of Hello Kitty?

I love Hello Kitty. I just [walked into the studio] one day and said, “Let’s write a song called Hello Kitty!” Then the boys, Chad (Kroeger) and David (Hodges), were just like, “..OOOK.” I was like, “Come on you guys!” and we wrote the songs.
We put the reins on it, since it’s always been my baby and I’ve always wanted to have a track about it. It’s a pop rock track, [also] with an electronic feel. Its sort of a weird random, bouncy, and cool song about Hello Kitty. And, of course, there’s the language for the Japanese fans.
I love the culture.

Do you have a favorite of your older songs that you love to play for your fans?

I love to play “I’m With You.” It’s really powerful. Every time I play those singles, it’s a really magical moment.
[The fans] stand up and they sing, also with “Sk8er Boi”. I play all the old hits at every concert. Some band are like, “We’re too cool to play our hits,” but I enjoy it!