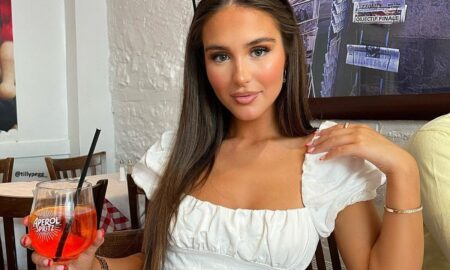 7 Fall Style Rules You Need To Follow This Season 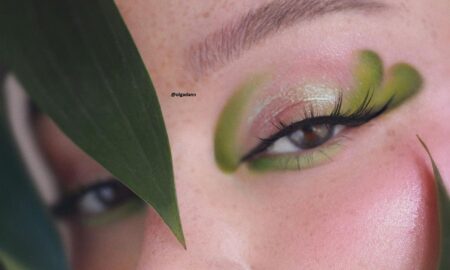 7 Stunning Ways to Enjoy the Supremacy of Green 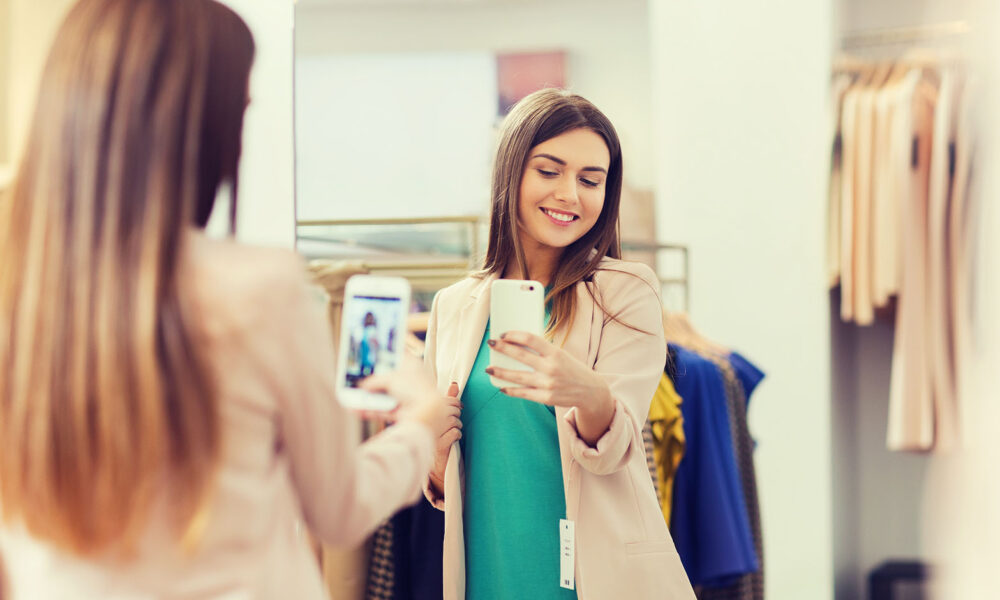 Today, social media is often used as a means for exploring and crafting our public-facing identities. One recent study found that the way we present ourselves on social media can even have a positive impact on people’s career trajectories.

With this in mind, it’s no wonder that people are increasingly investing in making sure their online persona reflects the image they want to portray as a personal brand. This is especially true for lifestyle content creators and fashion influencers.

One way people are doing this is by using Facetune, an app that allows users to edit selfies according to whatever modes of visual expression they like. The app has proved to be a smash hit with users, made evident by the fact it has been in Apple’s top five paid apps for seven consecutive years, with over 200 million downloads to date.

However, rather than resting on their laurels, Lightricks, the team behind Facetune, is constantly innovating and adding new features to the app, making it the go-to tool for anyone looking to fine-tune their digital appearance.

A major September update saw the app receive brand new AI capabilities, which include the ability to “try on” different fashion looks without even having to leave the app. In other words, you can superimpose designer clothes onto your selfies without even owning the clothes, opening up a world of new possibilities for fashion experimentation.

While Facetune has offered the ability to swap out clothing patterns and image backgrounds for some time now, with the new update it’s possible to do so using text-to-image AI. Now all you need to do is describe the visual you want to see, the AI renders it, and then you can edit those visuals into your photos however you see fit.

This development represents the next stage in social media’s use as a means for visual personal branding and creative expression, even when the portrayals there stray from reality.

For example, lifestyle and beauty social media influencers have been known to rent fake private jet studios by the hour so they can snap a photo of themselves and give the impression that they’re jet-setting around the world, when in reality, they’re just in a rented room with a few props. Apparently, the going rate for these mini themed production studios is a meager $64 per hour.

Fashion influencers have also been known to try on designer clothes in store fitting rooms and take photos, before quickly returning the clothes back to the rack. This allows them to get feedback from their audiences on whether the look works or not, without having to actually invest any money in the clothes.

Of course, if the visuals are framed strategically, they may also be able to give off the impression that they own the clothes, which could be beneficial to them when it comes to improving their public image. It can also help to attract brand sponsorships, as part of the growing “creator economy,” where image and niche tribe engagement reign supreme.

If you still wanted to keep one foot in reality, you could always tap into the fashion rental selfie trend. This is where people rent and share designer clothes for days at a time, maybe for a special event like a wedding or a work function, and then post Instagram shots of themselves wearing the clothes on social media.

This is a great way to try out a new look without having to spend any money, and it’s also eco-friendly, as you’re not buying new clothes that you’ll probably only wear once.

‘Trying on’ the look, virtually

Instead of renting out clothes by the day, or heading to a designer store to try on clothes in the fitting room, Facetune gives you the ability to “try on the look” without even having to leave your house. But what does this mean exactly, and how does it work?

In a nutshell, users input a text prompt into Facetune’s AI generator, which then produces images that depict what was entered. This is made possible through a process of diffusion, where the AI pulls from millions of images and creates images that best fit the request.

Once your image has been generated by the AI, you can “try on” the clothes in one of your photos. Here is an example of us superimposing an AI-created Gucci print onto a photograph of a young woman wearing a white shirt.

As you can see, the AI created a design that looks very realistic, especially when superimposed onto a photo and touched up. It’s not hard to imagine the possibilities that this new feature could open up, especially for influencers and those seeking to establish themselves in the fashion industry.

For example, let’s say you’re a fashion blogger and you want to try out a new style but you don’t want to spend the money on buying new clothes. With Facetune, you can simply find a photo of the clothes you want to try on, input a command into the AI generator, and then “try on” the clothes virtually. If you like the way you look, you can then post the photo to your blog or social media channels.

This will undoubtedly spark a debate over whether or not this should be considered an original artistic design, or if it’s a step too far in terms of “faking it ’til you make it.” Nonetheless, it’s an interesting development in the world of fashion and one that we’ll be keeping an eye on.

With that said, if people are willing to rent out fake private jet studios and return designer clothes after wearing them for a fitting room selfie, it seems as though all bets are off when it comes to how far people will go to curate their personal brand and get the perfect shot. If anything, Facetune’s new text-to-image capabilities reduce both friction and fiction, further cementing the potential for creative self-expression on social media. 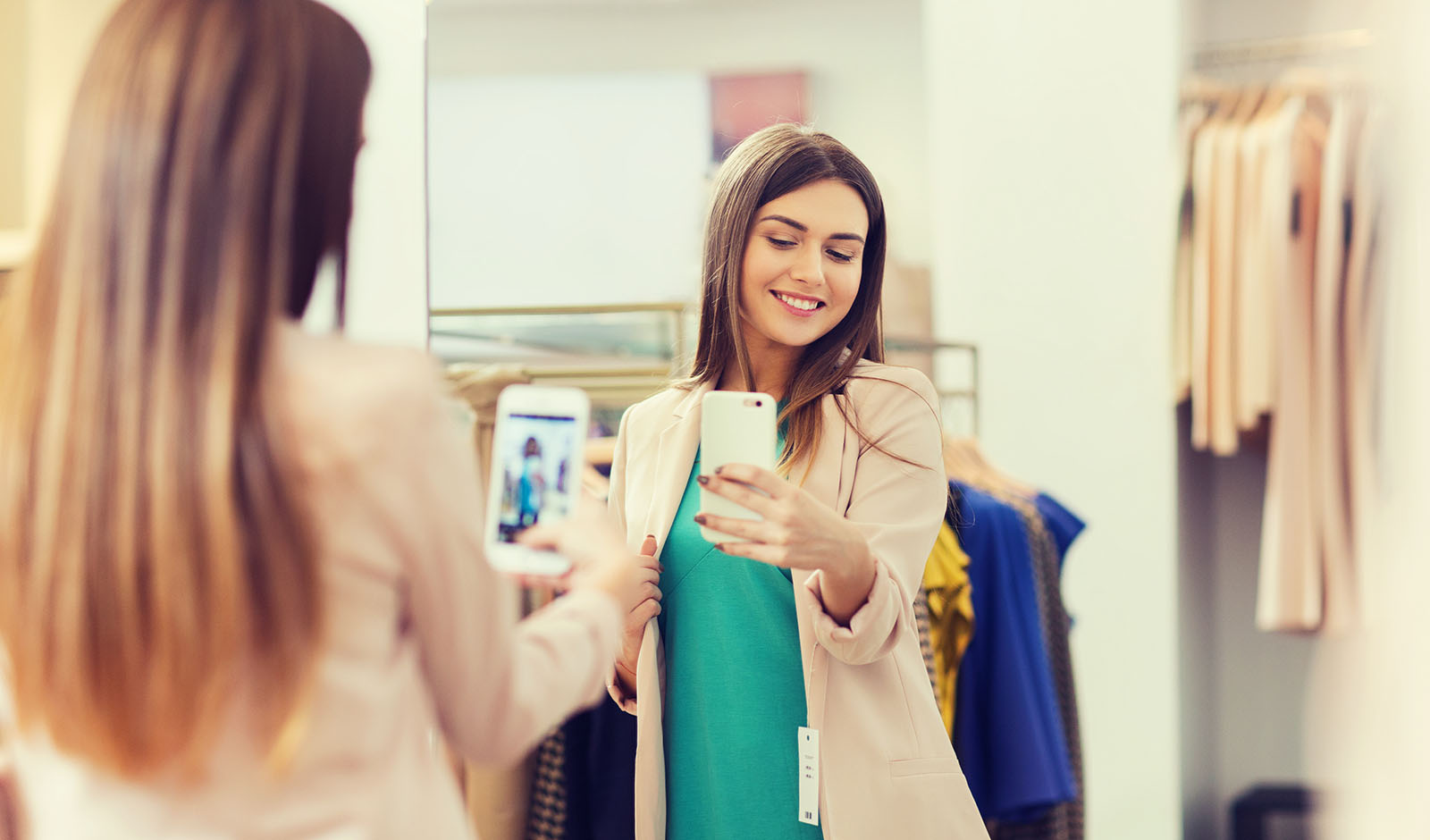