Lights: “I Feel Most Beautiful When I Feel Strong” 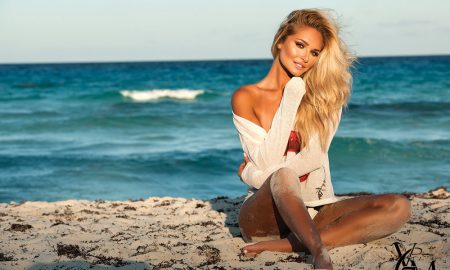 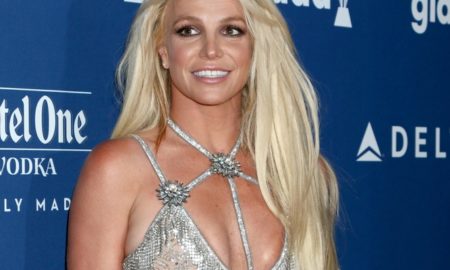 Lesser-Known Songs by Britney Spears that You Should Check Out 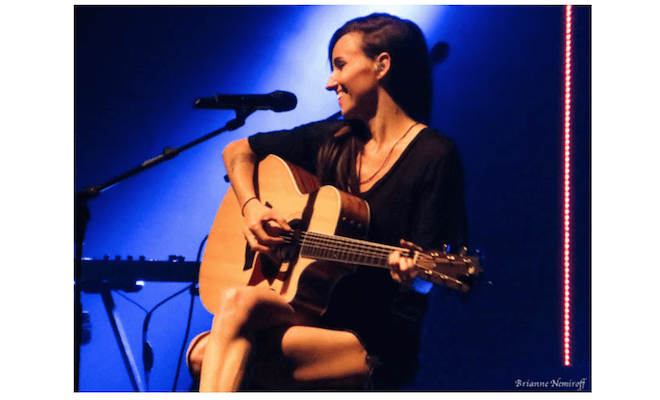 Canadian songstress Lights has definitely been racking up the miles this year. Not many artists can say they’ve booked three U.S. tours for one album back to back, but she did and has been traveling in a bus around the U.S. with her almost 2-year-old daughter, Rocket, and her husband, Beau, since September 2014. Her latest album, Little Machines, has been a huge commercial success.

On December 11th, Lights performed at The Wiltern, which happens to be a special venue for her as it’s the place where she was introduced to her now husband, Beau Bokan, vocalist for Blessthefall. After performances by K. Flay and The Mowgli’s, Lights graced the stage and immediately commanded the room. Her lightshow of a set was inviting and entertaining. She was very engaging with her audience and took them on a journey through a well-laid-out set list of her favorite songs. Lights started with her more melancholy tracks, then picked up the pace, took it back down for a few acoustic tracks, and ended with her upbeat tracks. She performed almost 20 songs despite her lung infection showing amazing strength and tenacity.

Before the show, Lights spoke to us about the past year and how she’s noticed her fan base grow and change with this album, how her influences played a part in Little Machines, and about her adorable daughter Rocket. For anyone that has ever heard her speak, you will notice she speaks at a very fast pace. But when she spoke about Rocket, she noticeably took a breath and slowed down her speech. It was so endearing to hear and she seems like a truly genuine person. 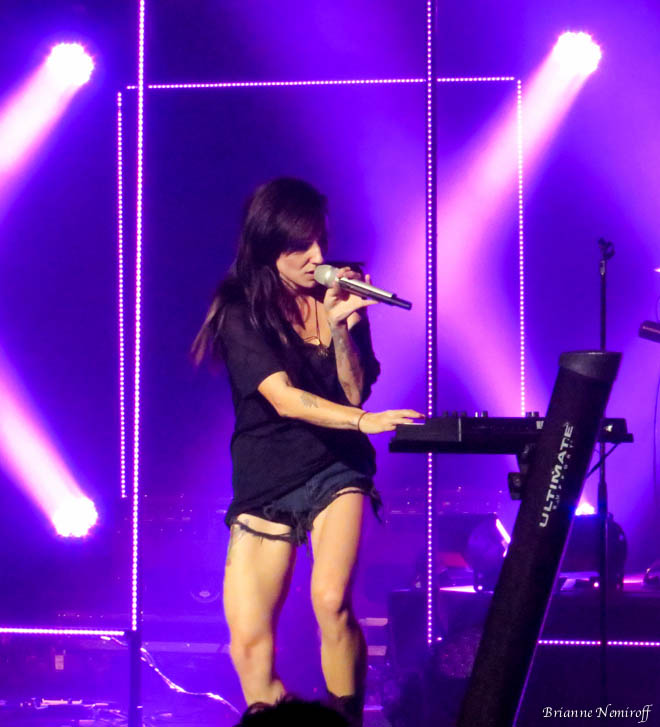 You were born in Toronto. You now live in Vancouver. While the U.S. and Canada obviously share musical trends, in what ways would you say the music industry is different in Canada?

I think with the rise of the Internet, and the types of fans, it’s such a small world. The shows don’t feel different. [However], the temperature of the music industry there is a lot more favored towards domestic talent. It creates a really cool diversity in music because people don’t have a need to scramble to the top and sound like everyone else. Canadian talent is really shining in the world right now. We’re all pretty proud.

You have been touring around the U.S. for the past year. How have you seen your fan base grow and change since you released Little Machines?

As you know, we’ve been going non-stop as this is our third tour in the States on the same record. Coming back to the same town three times is an awesome feeling. People that come out pass the word on to their friends or have a good experience and share the music. There’s more people discovering music every day. That’s really special when I’m this far along in my career and people are still discovering me and that’s pretty powerful.

Who are your musical influences?

The early influences for me are what my dad exposed me to, countless hours in the car listening to Yello, The Cars, [etc.], the first rock and roll that synth was infused into. I thought that was really special because I loved the sound of all of that stuff. Then I got into new wave and, [going] a little left of center, experimental stuff, I fell in love with Bj‚àö‚àÇrk. What became the most prominent influence for me, and still now, were the women in music. I really started to connect with what women were saying. This last record, especially, was heavily influenced by Kate Bush, Cyndi Lauper, [as well as] Joni Mitchell; Joni has been a long time songwriter influence for me and a great storyteller [with] a beautiful soul. It really comes across in her music. [Also], Patti Smith’s poetry. That became my goal post, watching these women in their careers.

How would you describe a Lights concert?

Well, it’s just a journey. I’ve crafted the set into this story arc so that it takes you in every emotion so that it feels like an escape. There’s a warmth to it that feels like home. That’s the power of music. People want to forget about what’s heavy in their life at that time. You turn on music and it takes your mind somewhere else, and that’s what a show should be too. It’s this mini-electronic vacation and that’s what I love about it.

Musicians have such creative souls which lends itself to their personal style. From what I’ve observed, your style is laid-back, effortless, and minimalist. How would you describe it?

My style has evolved a little bit over the year, but there has been a common strain of the female warrior. I’ve always been influenced by Lara Croft and Lightning from Final Fantasy. [I wear] belts, chaps, and combat boots. I feel sexy showing my arms and skin, but while still being able to kick ass. That’s alway been the core elements of my style. I feel most beautiful when I feel strong.

You have also rocked a combover for many years. What is it about this haircut that you identify with so much?

[Laughs] I think that’s happened out of necessity. I have a high forehead so I started combing my hair over years ago. It was the most comfortable. Suddenly people started [doing the same]. There’s even a name for my combover. Now I can’t do it any other way. It’s evolved into an actual being on top of my head. 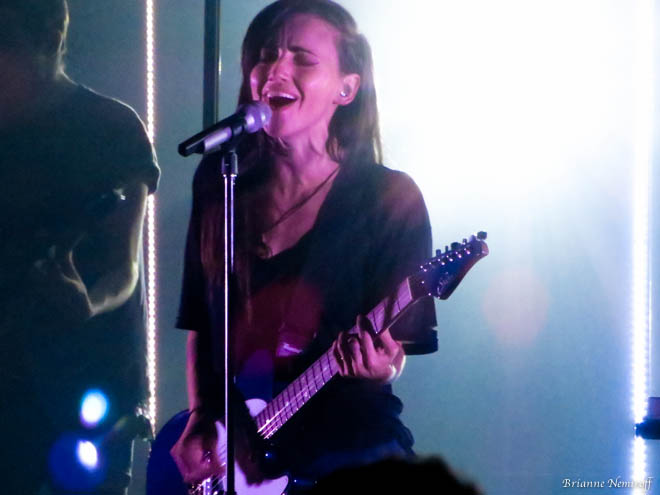 Rocket is about to turn two-years-old. You’ve mentioned that your lifestyle changed a lot when she was born as you gave up partying for a slower touring life. How has your life changed in other ways? Has having a daughter affected your songwriting?

It’s funny, the biggest difference that I feel in the last couple of years is more of a broad one. I have tried to sit down and write about motherhood but it didn’t turn out good; it ended up really cheesy. But it’s affected my overall take on life because suddenly your life is about someone else, too. It takes the pressure off of worrying about yourself so much; it’s such a relief that you don’t get so caught up in pointless pressures anymore. You prioritize what you put your energy into, and naturally you just cut off the fat and you focus your time on what’s beautiful and good. Despite it being a whole added layer of work in everyday life, it’s way less stressful and more peaceful. There’s this fearlessness, because if all else fails, there’s still something great and that’s a good feeling.

You’ve mentioned in Instagram posts that Rocket’s also very musically inclined, a possible drummer. How do you see proof of this? Does she tap along to your songs or with Beau?

Rocket’s around music so much that, probably, we see more evidence in her playing just cause she’s near instruments all of the time. She sits on a drum set once every couple of days. She’s near a keyboard every day. She loves to hit something and make noise, but every kid does! I hope she can channel that into something cathartic before her teen years when you need it the most.

Lights just finished her final U.S. tour for the time being, but you can catch her on the Parahoy! cruise and she’ll be taking her tour internationally in 2016! 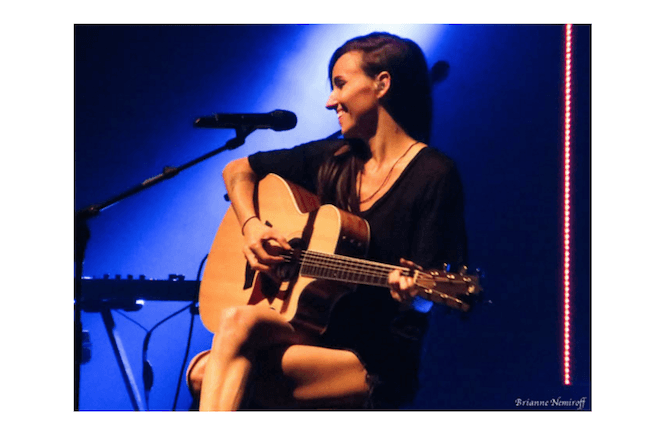