From Mean Girl to Legacy 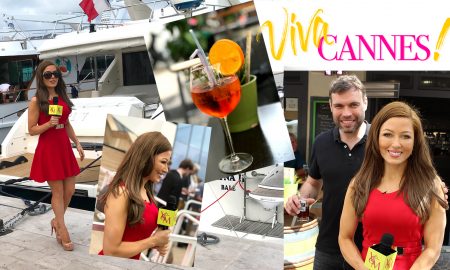 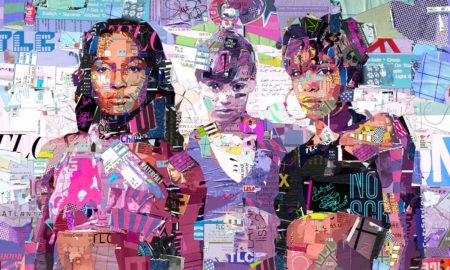 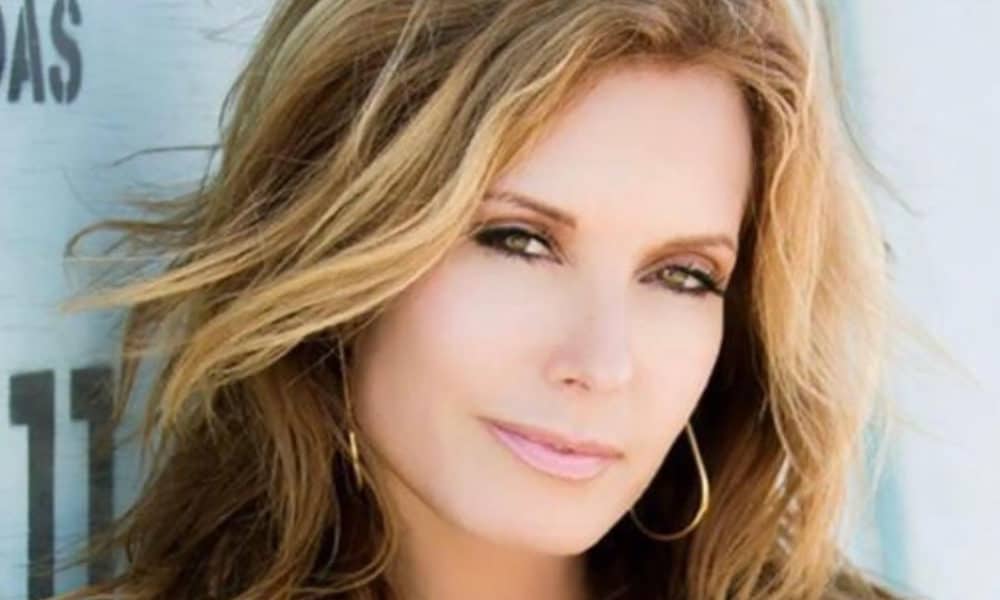 If you are a fan of “The Young and the Restless,” chances are Lauren Fenmore is one of your favorite characters of all time.  Tracey Bregman was cast as the “mean girl” over 35 years ago, and no one predicted the impact she would have on American style in the 80’s and beyond. Soap operas were a surreal blending of fantasy and reality for many long before we had social media.

When Tracey Bregman was cast as Lauren Fenmore, most watched in horror the stunts imposed on her rival ‘Traci,’ played by Beth Maitland. Can you say “Pool Party?” Not to mention the war for Danny Romalotti’s love. Every young girl can identify with Beth’s character. Traci, being overweight, is the good girl who does not fit in. And, she’s always in love with the popular guy.  In short, Lauren Fenmore is every girl in high school’s worst nightmare.  She is beautiful, thin, and talented and seems to have the perfect life.  Everyone recognizes these archetypes: the perfect girl and the underdog.  We have been lucky enough to watch the evolution of Lauren Fenmore play out over the years.  Who can forget her many marriages, fights with Phyllis, and iconic cat fights with Sheila?   But when I asked Tracey what her favorite story line was, she replied, “Her marriage to Michael Baldwin.”  She felt taking the two of them with all their baggage and tricks and pairing them together to create a magical union where they could be themselves and learn to love and grow with each other was interesting and exciting.

It is easy for the person who has grown up watching a character like Lauren to think she is real and that Tracey is her.  The biggest mistake one can make is putting Tracey Bregman and Lauren Fenmore in the same fantasy, and by doing so, miss the beauty of Tracey Bregman, the real woman.  Tracey has spent her entire life in show business.  Her father, Buddy Bregman, was a musical arranger, record producer and composer.  Her mother, Suzanne Lloyd, was an actress.  With those genes, was she going to do anything else?  She started acting when she was 11, and her big break came when she was cast on the soap opera ‘Days of our Lives’ as a troubled teen named Donna.  In 1979, only one year into Days, she would take home “Best Juvenile Actress in a Daytime Series.”  With so much excitement generating around her, in 1981 she left ‘Days of our Lives,’ worked in movies and had guest roles on nighttime television.  Tracey returned to daytime in 1983 to play Lauren Fenmore, created by Bill Bell and Sally Sussman especially for her because the executive producer, Wes Kenney, had been the one to hire her on Days and wanted to work with her again on ‘The Young and Restless.’  And, so history began. Two years later, Tracey won an Emmy for ‘Outstanding Ingénue in a Drama Series.’  Over the next 30 years, Tracey would earn four more Emmy nominations, and in 2016 she was nominated for ‘Outstanding Lead Actress’ in a daytime series.

There is no debate her career in daytime television has been one for the record books, but her lifelong dream was to be a mom.   At an early age, her dream came true when Ron Recht stepped into her life and an instant family was formed with two step daughters, Emily Gordon-Recht and Lindsay Recht.  She and Ron decided to add to their family and became parents to two more children, Austin and Landon.  Unlike fantasy, not all dreams are built to last.  Sadly, in 2010 Ron and Tracey decided to end their 23-year journey together but built a family that will last a lifetime.

If you are not yet a follower of Tracey’s on Instagram, you are in for a treat.  Not only does she provide you BTS from Y&R, but she also gives insight to her life in Malibu.  She lays it all on the line.  You get to know the woman behind the scenes and hear about her successes, heartbreaks, animals, and healthy vegan-ish living.  Tracey is not shy about sharing what her real life looks like. In this age of social media, so much of the content is geared to gaining fans. Tracey’s social media is geared towards inspiring you, helping you, and educating you. And sometimes, it’s just plain fun.  You get a chance to see a woman taking you down life’s journey by her side. She can be silly, funny and totally the woman you want as your friend.  She gets real about how life is not pretty, tidy and all fantasy.

In 2018, Tracey Bregman became one of five “Legacy Actors” on television.   With 35 years under her belt and the ever-changing world of soap operas,’ we see less and less of Lauren Fenmore.  What is Tracey going to do with her next chapter?  I sat down with Tracey to find out where she goes from here.

You come from a showbiz family.  Do you believe that helped you in networking and understanding how the business works?

I always joke that I was born in the hospital and didn’t go home first; I went to a set. Yes, I learned a lot about the business growing up with a mother who was a working actress and my father, who was a producer- writer-director and head of specials for BBC Television when we lived in London for 10 1/2 years. I met a lot of people and was exposed to a lot of different things but that can only help you get in the door. Once you’re in the door, you have to get the job.

Before cyber-bullying and social media, you were the ‘official’ mean girl on “The Young and the Restless”. Why do you believe fans have stuck with you all these years given all that your character did to Traci and others?

Well, I started out as the bitch of the show with no redeeming qualities. LOL. Then Bill Bell brought in my mother, played by Susan Seaforth Hayes, and they explained why Lauren was the way she was and it was when Bill made Lauren the girl you love to hate. That’s when I think the fans really got behind her.

Can you give three pieces of advice you would give your younger self now?

Always save a percentage of every check. Which I always have.

I always wake up with gratitude for every day and every work day.

Soap operas are not what they once were. How do you feel they can stay relevant in today’s society?

What I find the funniest part of this question is that all the shows that we all love to binge watch now are all soap operas. They all have a cliffhanger that makes you want to watch the next episode. That is a soap opera, so it’s sad for me to see the daytime dramas go away. But the soap opera is alive and well.

It is very important that actors understand the business.  What do you feel most get wrong and what can they do differently to have a long career?

I always say they don’t call it “show fun” they call it “show business.” It’s very important to understand the business and political side of what we do.

It is very hard to separate you from your character Lauren?  How has that hurt your career?  If not, how has it helped?

No, it’s not hard for me to separate from my character. Even though I sometimes feel like I have lived parallel lives, her life is heightened and filled with heck of a lot more drama than mine is. Thank God! I guess my career would’ve taken a different path had I decided not to stay with the show. But I loved ‘Young and the Restless’ from the first day I started and still do. I got the great opportunity to do the two things I loved at the same time. To be a mom and be an actress. It was very important to me when I had my kids that I was there for them, and they came to work with me for the first two years of their lives.

What ambitions do you have left that are unrealized, and how close are you to achieving those dreams?

My dream job: I would love to show run a show, preferably one that I wrote.  I would love to direct. And I’m coming out with a skin care line that my son, Austin Recht will be head of called ‘Ash and Arrow.’

Tracey Bregman is the perfect trifecta. She is beautiful, smart, talented, hard working, and is dedicated to her family and friends.  Just like Lauren Fenmore, she has many layers to peel back.  We are all very lucky that Tracey has given us a window seat to see what is coming next for her, and to inspire us all to live our best lives possible. 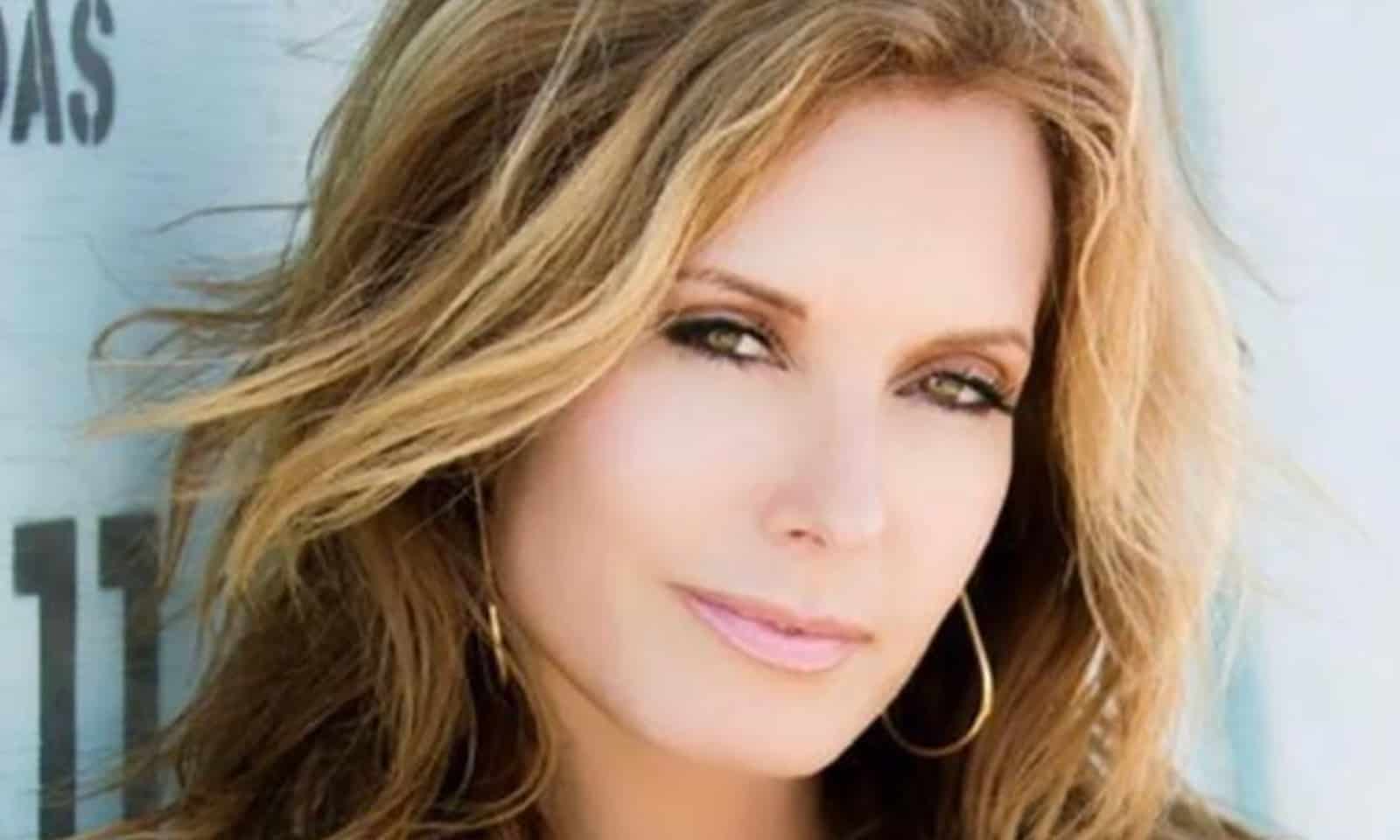