Accent to the gods: A Trip to Machu Picchu, Peru 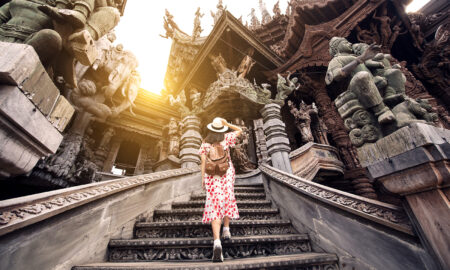 A Rebirth of Costa Rica: The Newest Luxury Destination 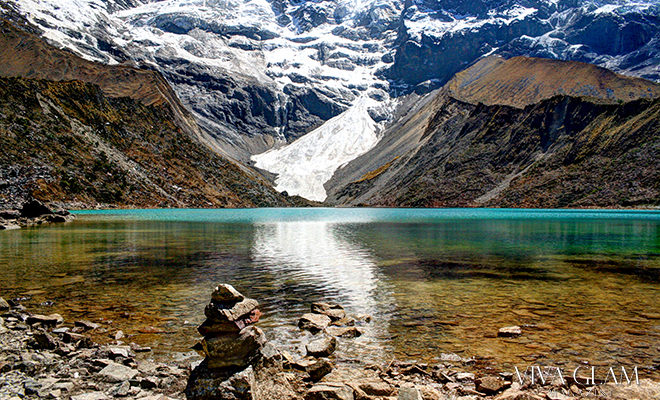 The phone rang one spring day and it was my friend Dave Blass. We have been friends for over 20 years and our lives have crossed over multiple career paths.
Dave had a proposition: “Hey, I found something interesting while reading an article on top 10 Bucket List trips to take.
Let’s go on an adventure to Peru.
Let’s climb the Andes Mountains and see Machu Picchu.
I said, “Well, I’m really busy, but yes, I think we can do this.
It sounds like fun!” 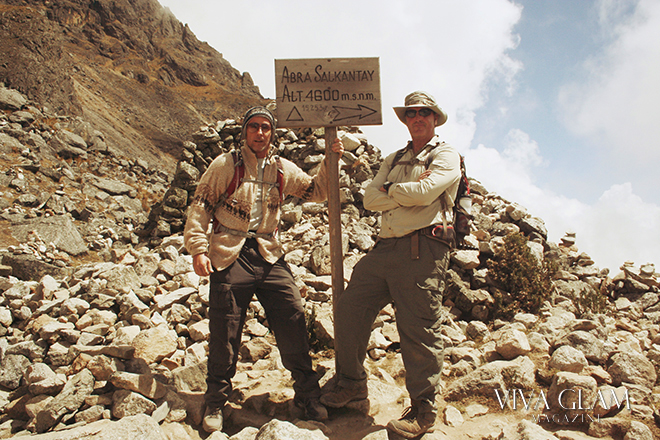 Flash forward two weeks before we are ready to go. Apparently, Dave had already paid for everything without my knowledge. He called me up and said, “Doug, are you ready to go?” “Well, I didn’t realize you were serious!” I said. At this point if I didn’t go, it would cost me a lot in reimbursement fees. So, our adventure to Machu Picchu began.

Peru has an approximate population of over 30.4 million inhabitants. It is a country rich in diversity with a multi ethnic tapestry of people. Asians, Latinos, Europeans and Africans live together to create a wide diversity in cuisine, art, literature and music.
Machu Picchu, discovered in 1911 by Hiram Bingham, is located in the Cusco region of Peru and is considered one of the New Seven Wonders of the World. Built around 1450, it represents the Incan World at its height. Today, it is considered one of the great tourist destinations in South America. 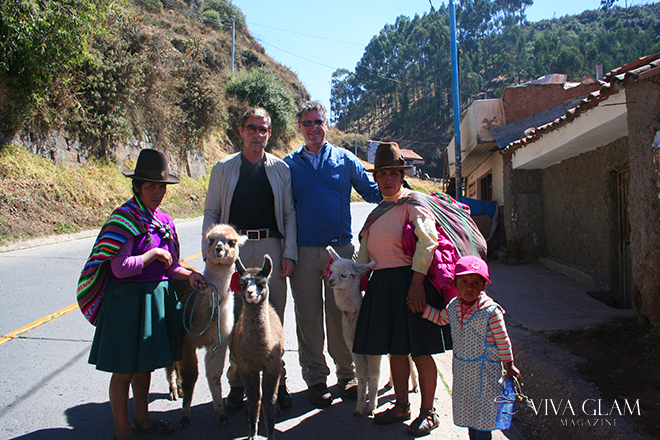 The realization that we were actually going to Machu Picchu set in. What do I need to bring? Do I need to get shots, health and air evacuation insurance? What about phone service? OMG, what have I gotten myself into?
Or better yet, what has Dave gotten me into.again. After getting all of our essentials, off we went on our trip of a lifetime. me cursing him the entire way.

Eight hours later, our plane landed in Lima, Peru for a small layover.
I recently watched a show on the world’s worst prisons and Lima was being featured… wow, not a place I would want to get into trouble. We then headed for the city of Cusco that sits high in the Andes Mountains at 7,800 feet above sea level.
It was imperative we stay in Cusco for two days prior to our accent into Machu Picchu because we had to acclimatize to the altitude. In my opinion, two days was not enough as you could immediately feel the difference in height. We found Cusco to be a charming storybook village in what seemed to be the middle of nowhere. It is not your typical tourist town.
It is an ancient city steeped in tradition. And during our 2-day stay, we had the opportunity to get a true feel for the people and the culture.

The food in Cusco was wonderfully authentic. The first, must taste dish in Peru is Aji de Gallina.
The yellow aji pepper lends its color- a bright yellow hue- as well as its mild kick, to several Peruvian dishes.
Among them is a rich, velvety stew made with chicken and condensed milk.
It is thickened with de-crusted white bread.
There is also a vegetarian alternative with a similar flavor, the ubiquitous papa a la huancaina, or boiled potato with creamy yellow sauce.

Pisco is a clear to amber alcoholic beverage and we drank many Pisco Sours, which we learned how to make during one of our nights on the hike. 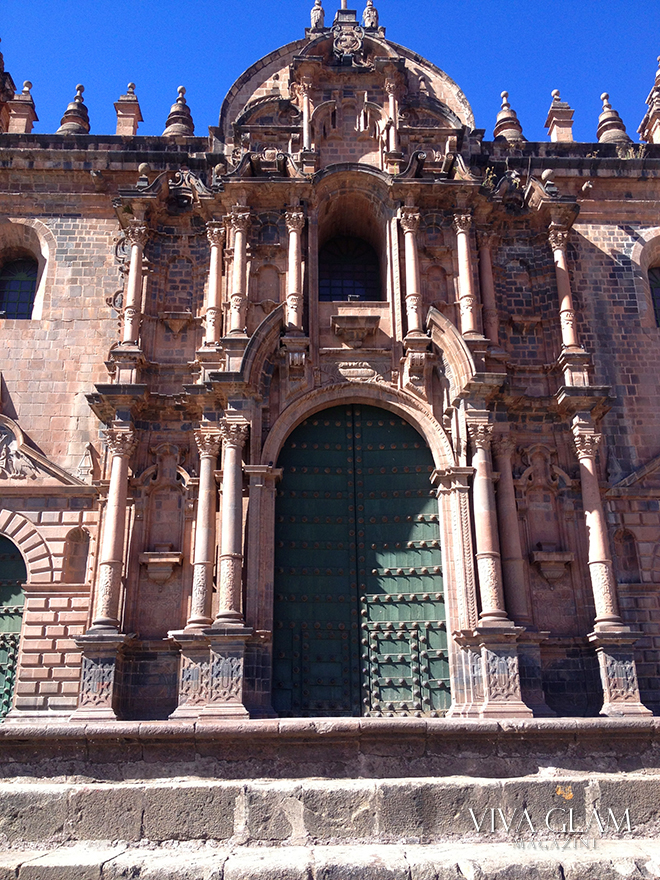 Earlier, I had purchased “Turn Right at Machu Picchu” which is a modern guide to the Incan World. The first night we ate at a restaurant recommended by the author.
This had the best Aji de Gallina!

Our trip consisted of a 10-day adventure through the Andes Mountains to Machu Picchu that has an elevation of 15,000 feet. During our travels, we went though multiple climate changes from scorching heat, torrential downpours and snow.
There were 11 people in our very diverse group which consisted of three physicians, an elderly husband and wife in their 70’s and one of the founders of Yahoo.

Each day we hiked with a guide for 7 hours.
Our distance gained each day was approximately 5 miles. For lodging, there were two options that you chose before your journey began.
You could rough it and stay in tents with no running water that meant no showers.
Or, for a greater fee, you could choose to stay at a 5 star mountain lodge that was built literally in the middle of nowhere.
At the end of each day, we saw the hikers that were in tents, either in freezing cold or rain, and we knew we had made the right decision.
Here at the lodge, we had access to a jacuzzi, wi-fi, full bar, hot showers and cuisine to die for. 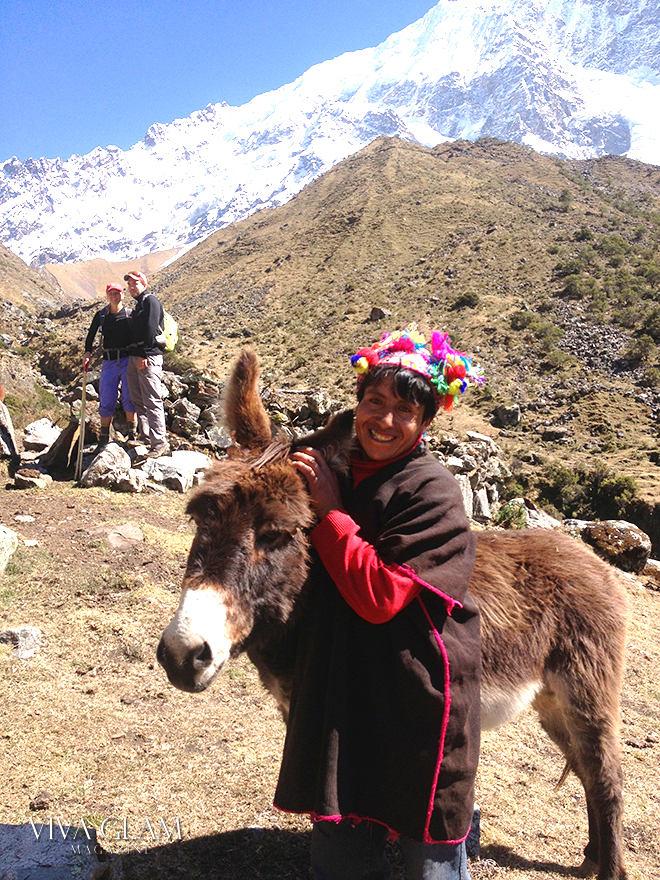 Each morning we started at 7am. We heartily enjoyed the buffet breakfast that was served to us because we needed a lot of calories for the vigorous climb ahead.
This included fresh fruits, nuts, cereals, eggs and hot steaming Peruvian coffee.
What a welcome sight each morning! We were also encouraged to fill our pockets with snacks for the fuel that was needed for the journey.
The sherpas also folded up and chewed coca leaves which they said were good for altitude sickness.

Each group had a two guides accompanied by 4 local sherpas.
Also with us was our chef.
We had the same chef on the entire trip that would travel ahead of us by mule.
He would have a gourmet lunch ready for us at the half way point of each day’s journey.
Then, he would travel ahead and cook dinner for us at the next mountain lodge.
Dinner and lunch included a repast of stuffed chicken, beef, potatoes and salads.

On our first day, we visited the Inca Ruins of Tarawasi near the town of Limatambo.
We then stopped for a short break in the town of Mollepata before ascending a winding road to Marcoccasa.
Here, we began our trek to Soraypampa.
That night we reached Salkantay Lodge that is at an elevation of 12,690 feet. Exhausted, but excited, we listened to a briefing by our trip leader by the fireplace followed by aperitifs and an exquisite dinner. 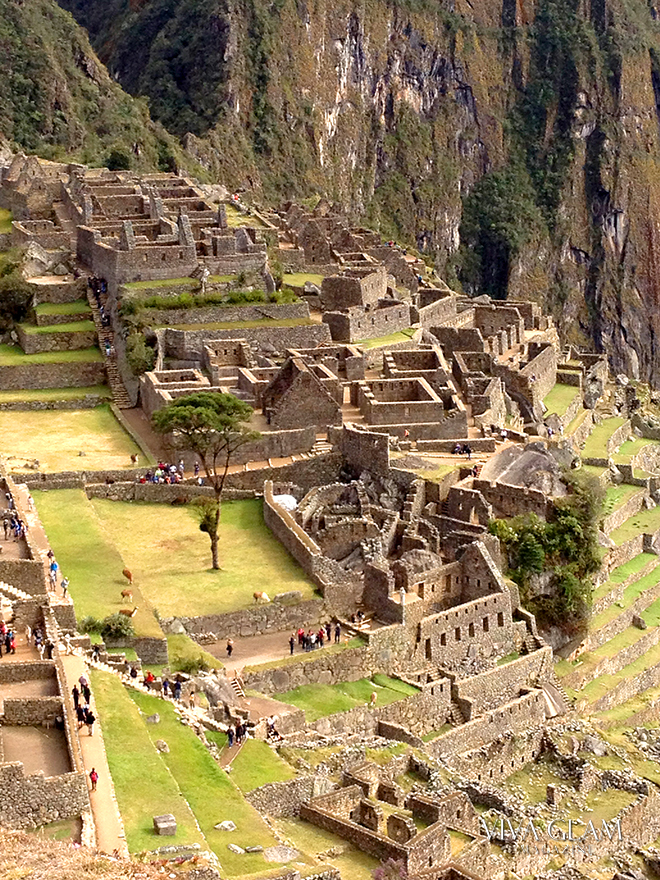 On our second day we hiked to Humantay Lake.
One couple in our group was getting married.

They asked a shaman priest to perform a blessing ceremony by the glacier lake.

This religious ceremony included all of us. We folded pieces of paper that were blessed by the priest and went back to the couple.
The shaman priests put candy and flowers on top of the pieces of paper.
Then, they burned them releasing it into the spirit world.
At this time, a few of us decided to take a dip in the glacial lake.
The guide said there is usually a contest of who could stay in the lake the longest with sub zero degree water.
One member of our group, a doctor, stayed longer than anyone else, a few minutes.
We all thought we’d have to pull him out!

On the third day, we crossed the Salkentay Pass that is the highest point on the trek at 15,213 ft.
I pride myself on working out every day for the last 25 years.
But climbing to the top of the Salkentay Pass was an extreme challenge with the altitude.
For every three steps, you would have to stop and take a breath.
Being in my 50’s, but still being in excellent shape, I found it to be a challenge.
What a sense of accomplishment to finally reach the top!
I beat Dave by a good 30 minutes: bragging rights!

Based on the diversity of the group, everyone made it to the top at their own pace.
The younger crowd made it earlier. But everyone waited for all.
The older woman in the group advised it was easier to make the ascent with many smaller steps than less bigger ones.
She beat me to the top! Go figure.

From here, we could view the snowcapped mountains of Vilcabamba Range in just about every direction.
Andean condors are also known to travel in this area of the range so we kept our eyes out for them. 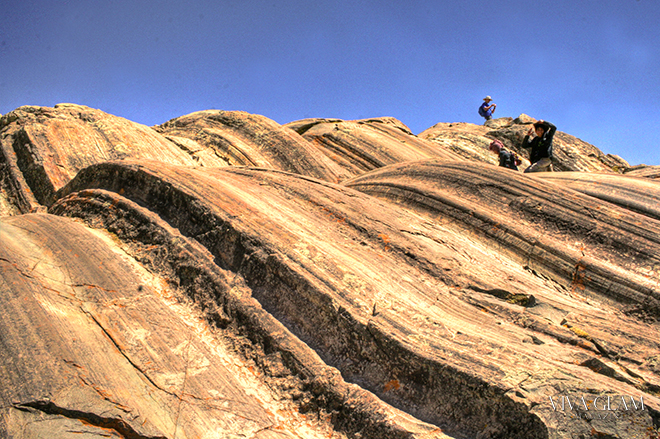 Day four found us descending into the Cloud Forest. Here, we experienced a completely different temperature zone. It is a tropic zone, a jungle, which is known for its striking orchids and colorful butterflies. Here, it was lush, green and raining when we were there. Bug spray was one of the items on our list; good thing we brought it!

On the fifth day we hiked along the Santa Teresa River Valley where we passed through banana, avocado and granadilla orchards. Here, it is said that some of the best coffee in the world comes from.

On the sixth day of our hike, we were able to experience our first views of Machu Picchu from Llactapata Pass.
This was a very distant, but spectacular view from the southeast.
There was a clearing where we had our lunch.
It was cloudy during this time, then all of a sudden, the clouds cleared and we saw Machu Picchu for the first time.
There were many “ooh’s” and “aah’s”; this first glimpse I will remember for a lifetime.

We then made our descent to the Aobama River.
We hiked to the town of Agua Caliente that is the town of Machu Picchu.
From here, we took a short train ride to our hotel for the night with a celebration dinner. Machu Picchu was just but a short distance away!

After seven days of hiking, we finally reached the base of Machu Picchu.
From here, we took a bus up a windy mountain. There was no guardrail.
As the buses passed each other, we held our breath and hoped we were not going to fall off the mountain.

Upon arrival, we hired a guide that showed us around the ruins.
If you plan to visit Machu Picchu, make sure you wear good hiking shoes because you will definitely be climbing the narrow paths through the ruins.

When you finally reach Machu Picchu, it is breathtaking and mind-boggling to think how this was created hundreds of years ago. Scientists have said that even by modern standards, it would be difficult to complete the task the Incans did in building Machu Picchu. Essentially, they took the top of a mountain and flattened it in order to build a series of homes with irrigation. We marveled at the Sun Temple, houses and 360 degree view on the Andes Mountains. Coming from a construction background, it is a quandary as to how they were able to create the interlocking design with the brickwork.
And the sheer size of the stones that were used in this construction based on primitive tools is almost unbelievable if I had not seen it myself.

But, also to our surprise, we were shocked at how crowded Machu Picchu was. In fact, it was like Disneyland with hundreds of people walking around. Because of this, the government has begun to regulate the crowds as they are becoming too large.

After returning back to Cusco, I asked myself, “was it worth going on this 10 day journey into the Andes Mountains?” Initially, I was apprehensive in going on this tremendous trip based on timing and schedule. However, after my experience, I realized it is something only a handful of people will do in a lifetime.

As we finally landed back at LAX, we grabbed our luggage, shook hands and said, “See you soon!” Thank you to my dear friend, Dave Blass, for pulling me into this adventure.
Everest is next! 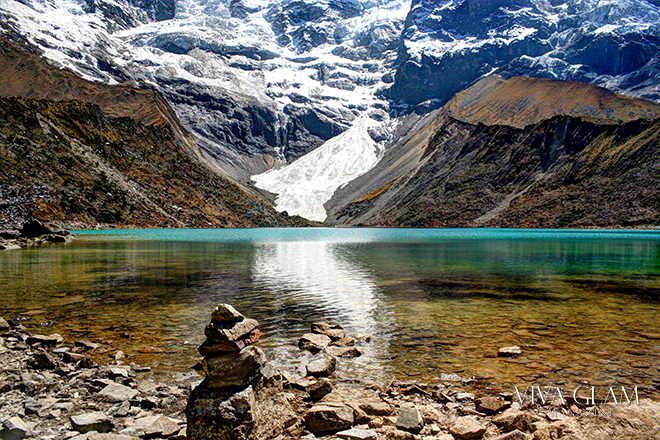