Why Guanajuato Is the Best Destination in Mexico 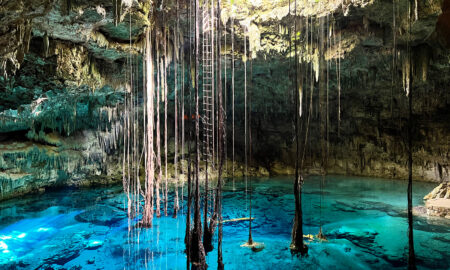 Discover a Mayan Cenote Park Like No Other with Xibalbá 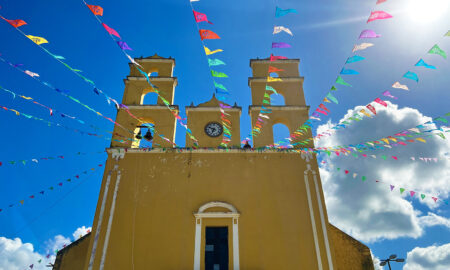 The Hidden Gems You Should Visit Around Yucatán 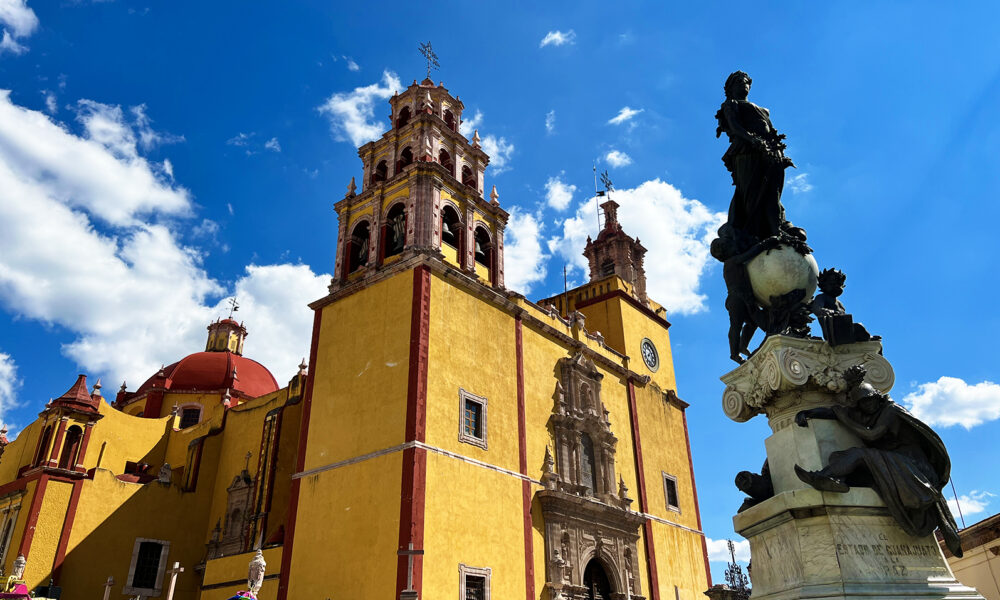 After visiting many locations across Mexico in recent years, the VIVA GLAM Magazine team has proudly decided that Guanajuato is the best destination in Mexico (in our opinion). This is a pretty distinguished announcement, actually, as we have gone out of our ways to visit Las Pozas of Edward James, the natural hot springs of Tolantongo in Hidalgo, and a plethora of both hidden and mainstream locations.

Why Guanajuato, you ask? Guanajuato is a city full of culture, history, color, and class. It’s a beautiful treasure nestled in the hills filled with art, music, entertainment, and breathtaking sights! It has almost everything you could want in a destination, and it’s located in a prime spot in central Mexico. So, read on to discover our ultimate guide to Guanajuato as we further explain why it has become our favorite place to visit in Mexico.

The History is Rich

Let’s start by saying that Guanajuato’s historic city center and mines were proclaimed a World Heritage Site by UNESCO in 1988. In fact, this colonial city was a mine for a large portion of its history. After being an area for gold mining in the 1500s, it became primarily a silver mine in the 1700s. The silver and minerals in the soils here brought minors from around the world to Guanajuato. With the influx of minors, a group from New York actually brought baseball into the city. So, surprisingly, baseball is strong in the history and heritage of Guanajuato. The French had taken over the city during the French intervention in Mexico, so you can see a lot of French inspiration hidden in some of the older colonial buildings’ architecture, as well.

Canals were built through the city as it was nearly wiped out in both 1760 and 1780 when floods began to occur, so many of the cobblestone streets you see today were actually canals centuries ago. This is also why these charming streets are so narrow and winding. Due to the floods almost wiping out Guanajuato numerous times, there is an underground city you can visit if you come on the right days, as the city was re-built on top of its former glory.

When the city was restored in the mid-1900s, a lot of the European and colonial highlights were kept in mind during the renovations, so the historic city center along with the Teatro Juarez looks like something out of a glorious painting. Miguel de Cervantes, the author of Don Quixote, was well respected at this time and was used as an inspiration throughout the city. So, you will find the world-famous Festival Internacional Cervanto annually in Guanajuato as well as statues and nods to Don Quixote and Cervantes sprinkled throughout the city.

And we can’t overlook the mummies! The mummies of Guanajuato are possibly the most famous aspect that the general public hears about when they discuss Guanajuato. In the mid-1800s, after a cholera outbreak, families had trouble paying the burial taxes for their dead relatives. If a family couldn’t pay, the bodies were removed from their resting places. Cemetery workers quickly found many bodies naturally mummified. Naturally, as this organic mummification process fascinated everyone, the mummies eventually became a hot spot for tourists. While for years they said the minerals in the soil were responsible for the mummification, later research is actually leaning towards something much creepier. It seems the cement of the mausoleums and the wooden coffins may have dehydrated and potentially cooked the bodies into the mummies you can see today. While it can be morbid to see, the mummies are definitely worth the look if you are brave enough to seek them out.

Needless to say, Guanajuato has gone through many historical periods. But the thing that makes it stand out above all other destinations is that it not only held onto many of its colonial roots, but the city of Guanajuato is both inspired by and celebrates its rich history and heritage. And you can see elements of many cultures, historical events, and stories throughout Guanajuato.

It Has a Sea of Culture

A culture is generally defined by its history and the way its people have lived through that history. Since Guanajuato is so rich in this aspect, it’s no wonder why there is so much culture found in this city of roughly 200,000 people. If you’re up for a true cultural experience when visiting Guanajuato, we have some recommendations for you. Nightly, the city center booms with locals and tourists looking to sing, dance, and celebrate. Make sure you partake in these celebrations. Be sure to join the crowd for an iconic Callejoneada, where you will swerve in and out of the narrow alleys of the city while singing and celebrating. If watching theatre is more up your alley, be sure to stop in and view the breathtaking colorful interiors of the Teatro Juarez. And be sure to soak in the beauty of the muses on top of the exterior of the structure, as well. And, lastly, be sure to soak in all the nods to Cervantes that can be seen about. The statue of Don Quixote and Sancho Panza is definitely worth a look. A nice bicycle tour through the city will help you get immersed into the full depth of its culture.

There is a Wide Variety of Activities

If historical and cultural adventures aren’t exactly up your alley, that’s okay. Guanajuato offers a wide range of modern adventurous activities for you to participate in. If you’re comfortable being moderately active, try a newly-developed bicycle tour through the city streets. If walking tours are more your thing, hire a guide through Transportes Turisticos de Guanajuato. They can put an experience together for you with whatever you have in mind. And if you’re feeling really adventurous, speak with Turismo Alernative en Guanajuato (@gtoalernativo) about overlooking the gorgeous city from a hot air balloon. Or if you’d rather view the city from above while not in flight, be sure to go up to the state of El Pipila (a local hero who has his own glorious tale) and admire the views of the city from a closer (yet still high up) perspective while you’re on the ground. There is so much to do in Guanajuato, so it’s best to speak with a guide to map out your ideal trip. They can accommodate a wide range of interests to make the perfect vacation for you.

All else aside, Guanajuato is extremely accommodating for all types of people. Aside from having an activity for everyone, they have a meal for everyone, too. Especially when traveling as a vegan and vegetarian through many parts of the world, it can be hard (or really next to impossible) to find a good meal option. All the restaurants we visited in Guanajuato, including the restaurant in Quinta Las Acacias Hotel, where we stayed while in the city, were easily and happily able to make something unique for a vegan visitor. So, there truly is something for everyone in Guanajuato.

Hotel wise, it’s important we talk about the gorgeous Quinta Las Acacias Hotel, too. The main property of the building sits in an old, Victorian home decorated with gorgeous vintage furniture and accents. There are gleaming chandeliers, carefully painted ceilings, and stained glass accents coloring this beautiful location. The rooms outside of the hotel span throughout a gorgeous green courtyard with fantastic views of the area. And the rooms, themselves, were spacious, cozy, luxurious, and thematic.

All in all, Guanjuato really does have something for everyone. Thanks to the color, culture, history, and ease of accommodation, Guanjuato has made the list as VIVA GLAM’s favorite place to visit in Mexico. As world travel opens back up in 2022, we hope you’ll put this at the top of the list for your future travel plans.

The Hidden Gems You Should Visit Around Yucatán 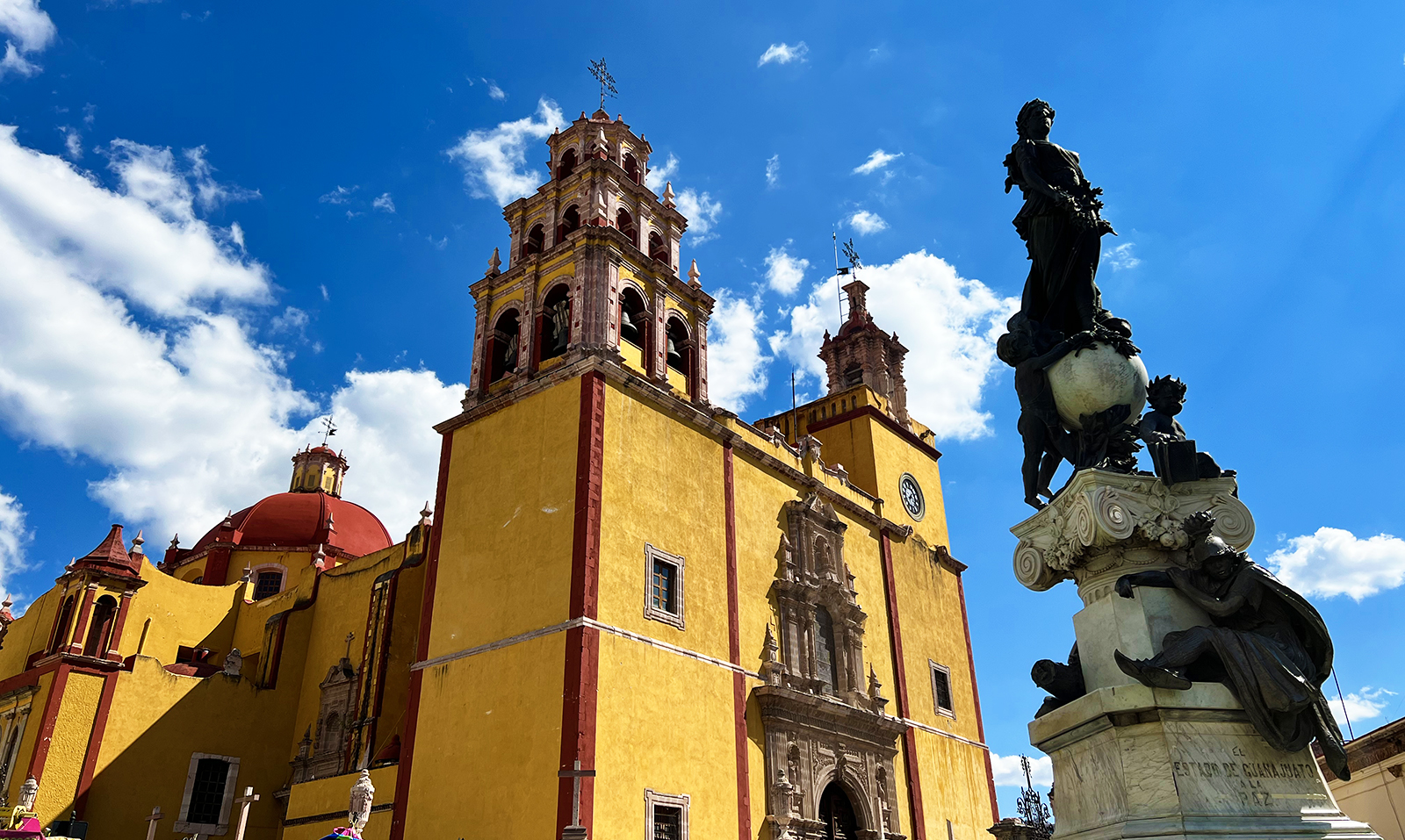