Michelle Branch: She’s Back as the Best Her Ever 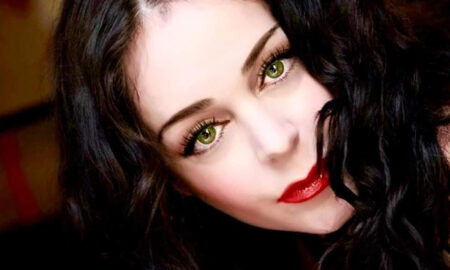 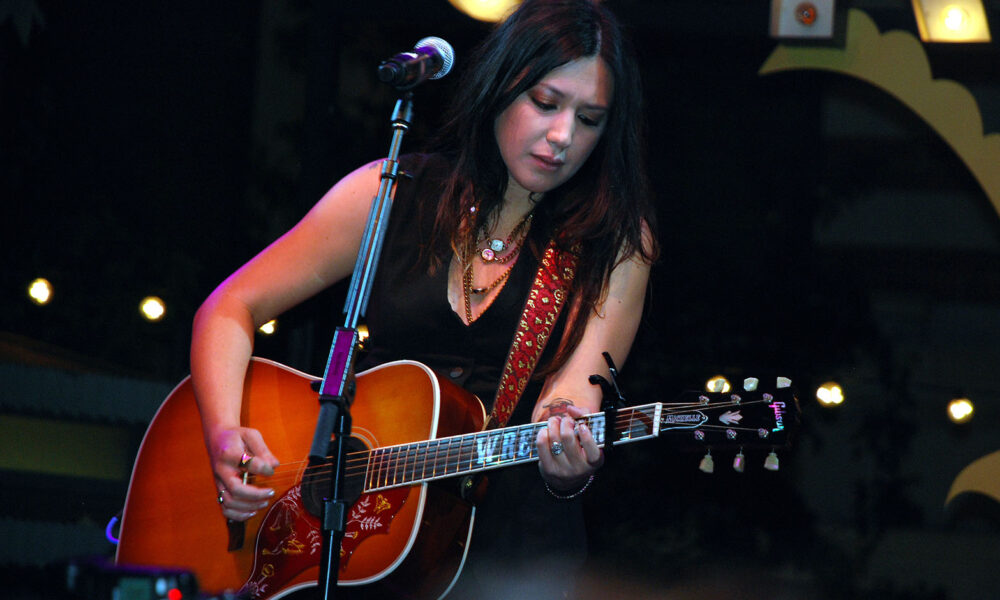 In the early 2000s, Michelle Branch was the it-girl singer/songwriter of the pop world. She was a teenager who wrote her own songs, which at the time was rare. Her hits were backed by producer John Shanks, and she had two hit records, both before her 21st birthday. But after releasing a country record as part of the duo The Wreckers, she fell off the grid. Millions of fans wondered what happened to their beloved pop singer. Did she quit the business? Was she focusing on raising her daughter Owen? Michelle explains more about it in detail below, but all we can say right now is that we’re ecstatic that she’s back.

Her album “Hopeless Romantic” is a bit more rock than her first two pop albums, but it’s still very much Michelle. You can feel the pain of her divorce in the breakup songs and you can feel her personal rejuvenation in the tracks about new love. While it might not have been exactly what we might have expected, we love the finished product and are excited to hear the new songs live on her tour this summer.

With “Hopeless Romantic” dropping on April 7th, we talked to Michelle about what kept her from releasing music for the past 14 years, the experience of writing the album with her boyfriend Patrick Carney, and why she considers this album to be the first one to be truly autobiographical. Ladies, Michelle Branch is back!

For fans who don’t know what happened, can you explain your time gap between “Hotel Paper” and “Hopeless Romantic”?

After “Hotel Paper”, I decided to start a country duo with Jessica Harp called The Wreckers, which was an incredible experience. I had no idea what would become of it, but we had a #1 song, the album was Grammy-nominated, and we toured. Around the same time, [my then husband and I] had Owen, who’s now 11. After the record, The Wreckers broke up in 2007. I had a lot of material that I was writing when we broke up, but I decided that instead of letting that material go to waste, I would just record a solo country record. Shortly after discussing the release of the album with Warner Brothers Nashville, the [president] was let go. This was the beginning of a series of years of being in the wrong place at the wrong time, as far as company shifts at Warner Brothers. When a new president came in, he said [my album] wasn’t country enough. I took the album to L.A. and they said it wasn’t pop enough. From the beginning of that record, that was three years of my life. I walked away from that album and made a pop record. I moved back to L.A. and the president was fired, then the A&R rep was fired. It was really disruptive. I got the OK to make another record, “Loud Music.” We had artwork and then the president got fired. My album got shelved.

I asked to to be let go from the label and they wouldn’t let me go. People would be asking me, “What happened?” To say I’m excited about having this record come out is the understatement of the year. I never thought I would see the day!

You figured out the album sonically before you hashed out the lyrics. How did that impact the lyrics you wrote?

The lyrics were written when I got off of 2014, which was a crazy year for me because I started the year freshly separated from my husband, who I had been with for 11 years. In June, I got off of Warner Brothers. I found myself as a single mother dating in L.A. and I had so much to pull lyrically. I had breakup songs, I had songs all throughout the process, and I continued to write as we recorded the record and started this album with Patrick [Carney]. Halfway through the album, we found love and now I live with him in Nashville. The album follows this arc of losing love and finding it again.

Sonically, the album has more indie rock and classic rock influences. Do you think your fans will find it a stretch from your other two albums? What has been the response so far?

The response has been really positive, so I hope it continues with the full album. When I went to go make this record, I knew that I wanted it to feel like a rock record. That’s why I asked Patrick to produce it. I could play it on tour with a band. I didn’t want to rely on computers to recreate it in a live setting. In that respect, it’s no different from my first records. The main thing is that [the songs] could still all work if I just played them on guitar. Looking back, I think if “The Spirit Room” or “Hotel Paper” would have been released now, these songs wouldn’t get played on the radio. It will be interesting to see who reacts to it and who doesn’t [depending on] where it’s played.
I’m just as curious as you are!

You and Patrick wrote and produced an album that was all about relationships, some of which was about your marriage. Was there ever any awkwardness or hesitation to write a song about your ex in front of your current boyfriend?

Luckily, Patrick was freshly divorced, so I think the whole experience was cathartic for the two of us. There are some songs, to this day, he says “I don’t want to know what these songs are about.” We never really discussed them.

A lot of people don’t realize that you’ve always written your own music, even at 17 when you released “The Spirit Room.” How has your songwriting process changed throughout the years?

I think the biggest change has been that I really discovered the joy in collaborating with people. I wrote the majority of the first album by myself. The main collaboration was with John Shanks who produced the two records. The experience in The Wreckers, moving to Nashville, and living in a town full of songwriters, it really opened my eyes. It’s easy as a writer to get stuck in your own little world and having another writer join you is incredibly inspiring. It’s fun to write with my friend, Amy Cooney. She’s one of my really close friends who was going through a breakup at the exact same time. It was just hanging out and talking about shit going on in our lives. The biggest things that have changed is that I collaborate a lot more now.

“Hopeless Romantic” is the first album you consider truly autobiographical. As a teenager, our drama is minimal. But by your late 20s, early 30s, life can get hard really quickly. Was it hard at all to be open with your experiences on this record?

No, I think the beauty of my relationship with my fans is that we’re all the same age. Those records came out and we grew up together. As a mother of a 12 year-old, I still feel like I did when I was entering my 20s. Just fake it .≤till you make it. I have friends who are 30 and [think] they’re supposed to be married and having babies. I think a lot of those subjects were inspiring to me when I was writing this record. And just as my early records resonated with people, I hope that [this album] still resonates with my fans.

When you released your other two albums in the early 2000s, many of the female artists were not singing their own songs. Were you ever treated differently because you did? Or did people assume you didn’t write your own music?

No, luckily that never happened. And the fact that I’m a writer has remained a source of pride to me. I feel like it’s helped me have that common voice from now, tracing back to my first record. I’ve been able to make it so it’s always been authentic from me and it’s hard to have that if you have a circle of writers who are primarily middle-aged men. It was important for me that I’m the voice.

You have worked with amazing producers and artists, won a Grammy, and have gone multi-platinum. Since those are already amazing goals to achieve, what new goals have you set for yourself?

I think just continuing to have the work/life balance and to figure it out. In my early 20s, it was really easy for me to let my work take over my life. Now that I’m in my 30s, I find that there’s a lot of joy having a life outside of work. My work goal is to just continue to put out records and tour when I want to tour. And in the same breath, be around for my daughter, be a good mom, and have time for that.

We’re going to announce the tour dates on April 7th, when the album’s released. We’ll be playing the U.S. in July and August, going to Japan in June. I’ll be doing my first U.K. tour in September. We’ll be playing old and new songs!

You can buy “Hopeless Romantic” now and look out for a tour announcement coming soon here! 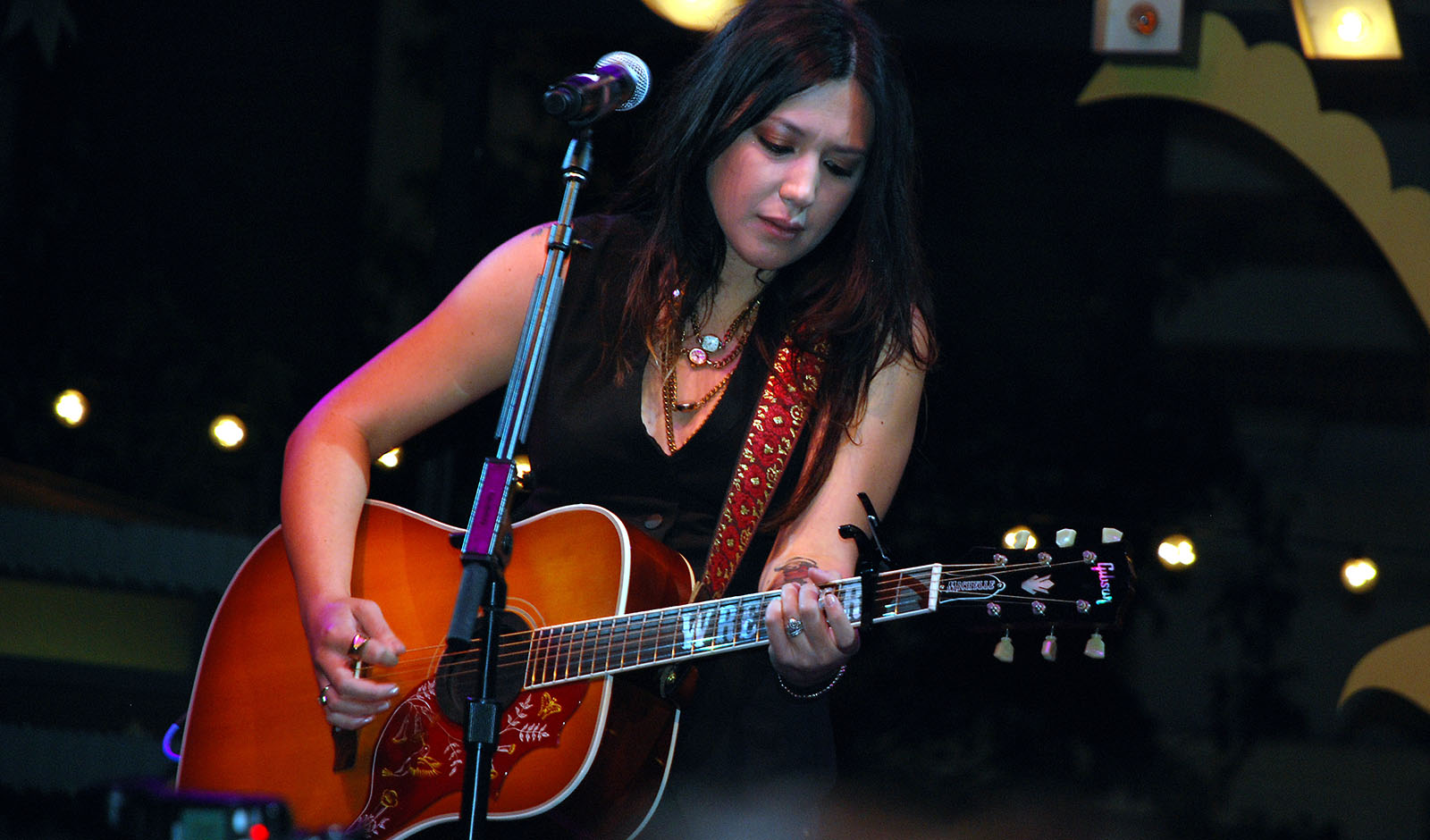