vivaglam
Michelle Branch: She’s Back as the Best Her Ever 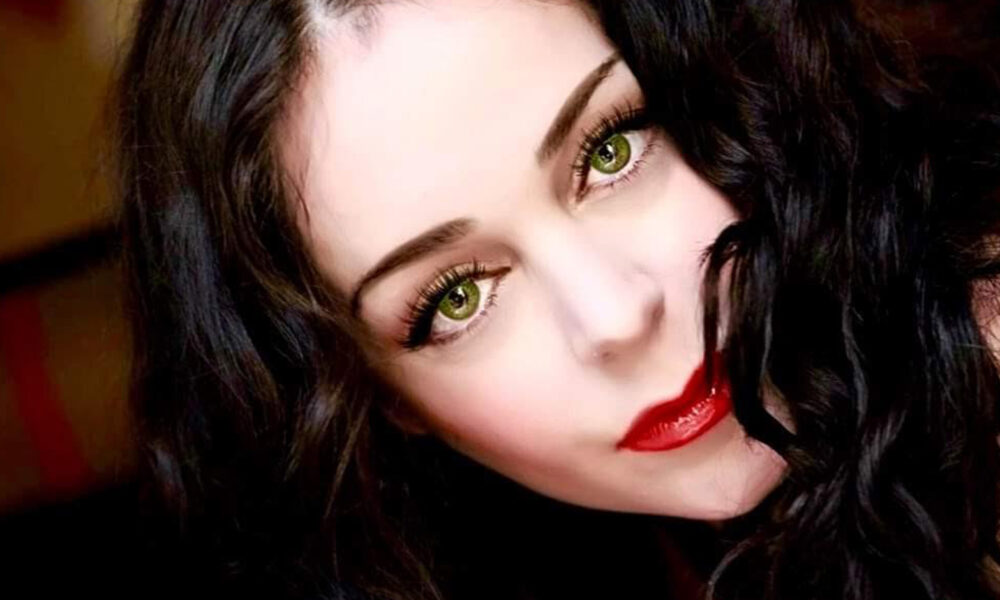 Despina Mirou is a dynamic film, television and theater actress, known for her exotic, passionate performances across genres. The well-known Greek-American actress, who started her career in her early teens, appeared in numerous TV series in both Europe and the US, appearing on Networks like HBO, LIFETIME, MTV, etc. Despina has worked in drama, comedy and action films directed by Peter Bogdanovich, Paul Haggis, Gabriel Bologna and several others. She also has a classic theater repertoire including “The Odd Couple”, by Neil Simon, “Uncle Vanya”, by Anton Chekhov and a Stand-Up career. She took a masterclass with Al Pacino and acting classes with John Strasberg, who is her favorite acting coach. Among her credits are two writing awards and an award of “Excellence in Innovations’ by the US Congress. Besides acting, she is actively involved in various humanitarian organizations like “PATH – People Assisting The Homeless”, “The Children’s Hospital Charity”, etc. It is rare to find such a combination of intellect and incredible Mediterranean beauty: we just love Despina, the brunette Marilyn Monroe!

VGM – Despina, what do you prefer, comedic or dramatic roles?

DM – I’m a funny person, I like to laugh in my personal life and so in my professional life I enjoy more comedy roles! Paradoxically, though, I have received two writing awards for drama! It is funny because in a recent movie I get killed, and in another I kill somebody else LOL!

VGM – Speaking of comedy, I saw you at the landmark comedy club “The Laugh Factory” and you were very funny! Did you write your own lines?

DM – I always write my own lines! My writing style is Woody Allen(ish). I always write with paper and pen, not on the computer: the computer kills my imagination. Also, I feel very proud that I have been on the same stage where other greatest comedians got their start, like Jim Carrey, Eddie Murphy, and countless others.

VGM – I also happen to see your performance at the New York Comedy Club, where you impersonated Lucille Ball. You looked exactly like Lucy! Have you done other impersonations?

DM – Yes, I have also impersonated Joan Crawford from “What Happened to Baby Jane”, Liz Taylor, Marilyn Monroe, and many others. Recently, I sent a tape to “Funny or Die”, where I impersonate Lucy interviewing Joan Crawford. New faces coming soon!

VGM – We are eagerly looking forward to your latest comedy Tango Shalom: tell us more about it.

DM – I feel very lucky that I was included in this very funny film! It is a fantastic script by Joseph Bologna. I am sure people will enjoy it with lots of laughter! I had the pleasure to work with Ren‚àö¬©e Taylor, who is an amazing comedy star! I enjoyed watching her in movies with Jerry Lewis, as far back as I lived in my Country. I play the character of Susan Shulman, a very religious Jewish girl. The cast includes the talented Lainie Kazan, Joseph Bologna, Karina Smirnoff, and many others. 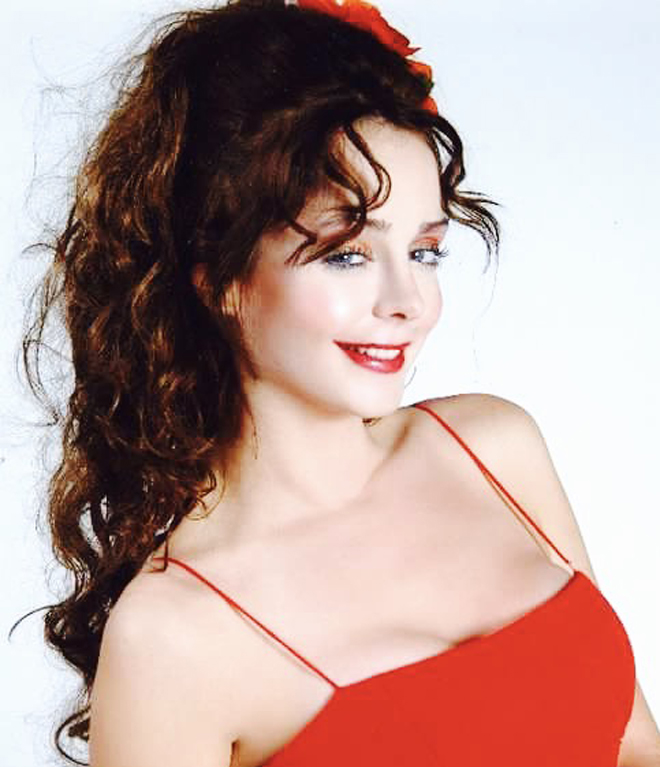 VGM – In what other movies have you participated?

DM – I just finished a TV movie for LIFETIME, “A Mother’s Sacrifice”. It is a family drama, directed by Trey Haley. I play opposite Kristy Swanson. My character is Liz, the best friend of Kathrin. Together, they live an adventure. I also
finished a thriller film called “The American Connection”, starring Faye Dunaway, Michael Madsen, Robert Miano, Ben Maccabee, Darryl Hannah, and David Roy. I’m very proud to be part
of this film, and I want to thank the director Jeff Espanol for such an opportunity! Lastly, I was just cast in a
movie, which is about the social and emotional issues in a fictional present had Germany won the war, directed by Patrick Kilpatrick.

VGM – You are also a sex symbol in Europe, and IMDB lists you as the sexiest actress! How do you feel about it?

DM – As Oscar Wilde said: “Beauty is just five minutes long if you don’t have anything else to sustain that curiosity”! I believe talent is more important than beauty. Talent makes people look beautiful.

VGM – What are your passions in your personal life?

DM – I have some strong passions: on-going studying, Astronomy, and helicopter flights! 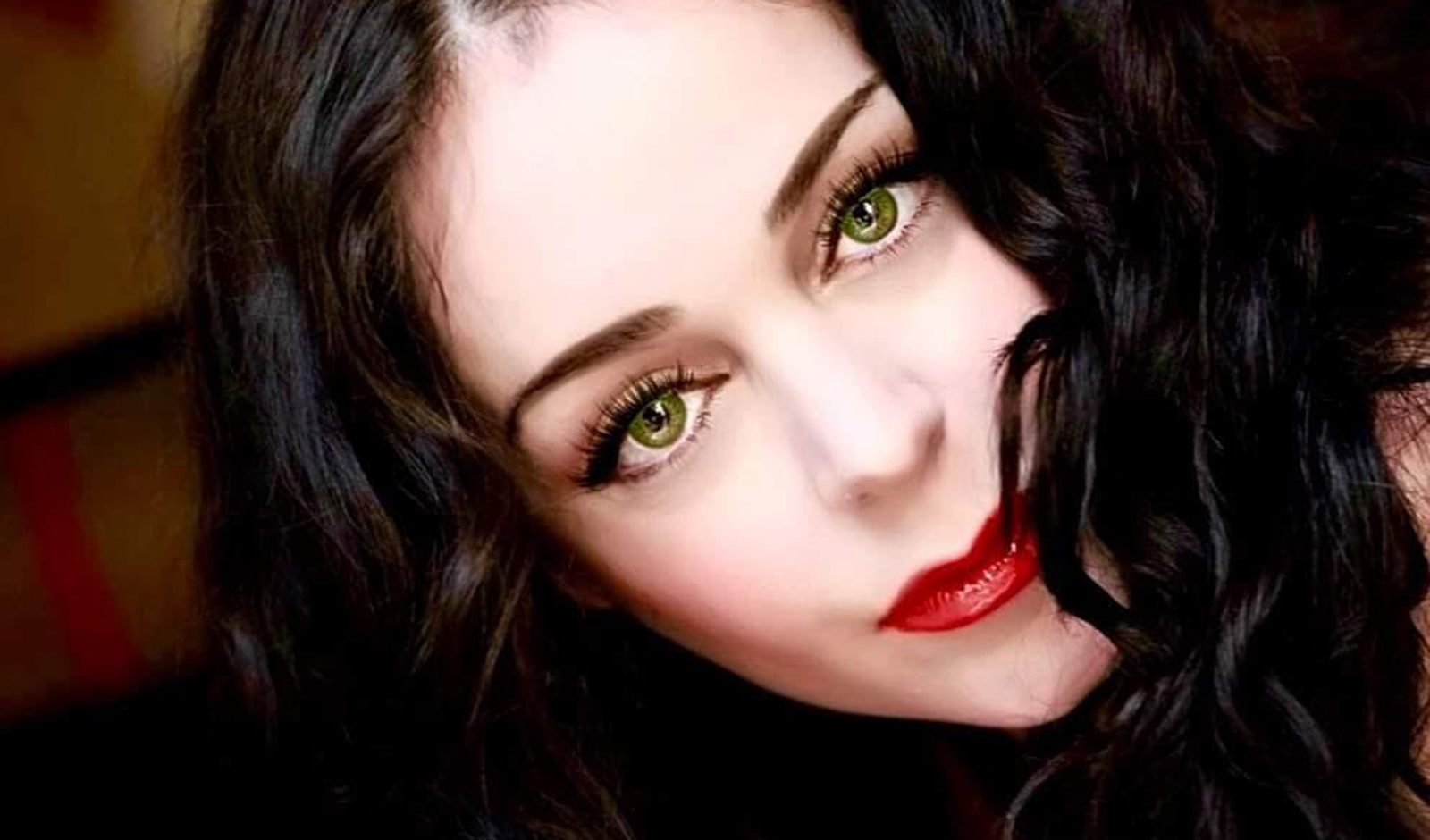