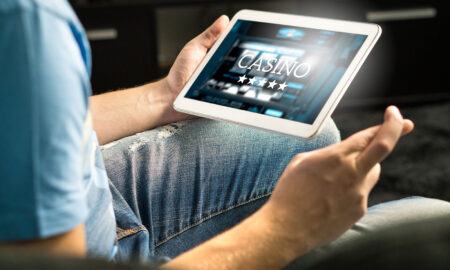 The Best Online Casino in The USA 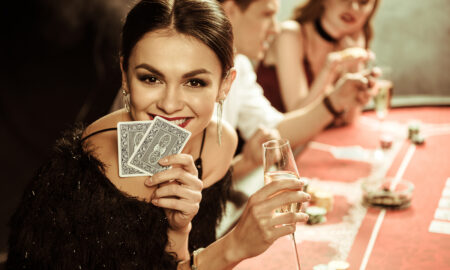 Sports Betting vs Casinos: Which Odds are Better? 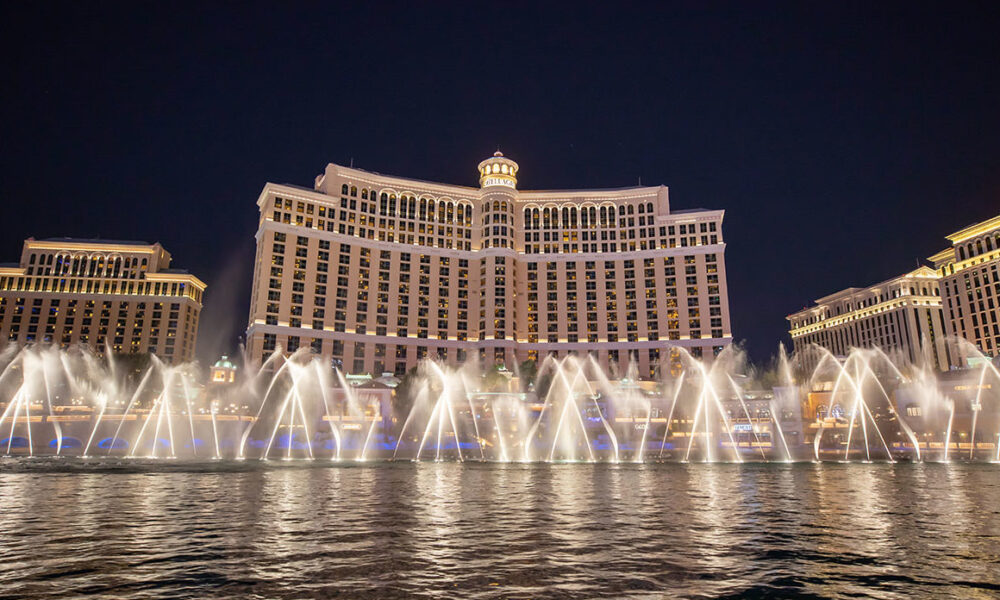 Situated in Nevada in the United States, Las Vegas is a top world destination for tourists to visit. People from all around the world come to visit the Hoover Dam and Lake Tahoe. Tourists also come to experience helicopter rides from Las Vegas to the Grand Canyon too.

But one of the main reasons that people go to visit Las Vegas is because it is also known as ‘The Gambling Capital Of The World’. According to Statista, Nevada is the U.S state with the highest gross gaming revenue (GGR) of casinos in the U.S. In 2019, the state had a GGR of around $12 billion dollars.

The Las Vegas Strip is around 4.2m long and features a range of casinos, hotels, entertainment venues, shops, and restaurants. There is a wide variety of casinos that are on the iconic Strip for adults to play card games, slot games, and experience world-class nightlife.

Characterised by breathtaking décor, landscaping, and numerous dining options, Wynn Las Vegas is a five-star awarding-winning resort in Nevada. Its opulent setting provides gamblers with over 189,000 sq ft of gaming space where they can play roulette, blackjack, other table games, and plenty of slot games. The establishment opened fifteen years ago and some of its fantastic attractions include the Lake of Dreams and the Wynn golf club.

As a high-end facility, Wynn Resort also has exclusive bars and lounges such as the Eastside Lounge, Lobby Bar, and the Tower Suite Bar. The Wynn Las Vegas hotel is also on the Condé Nast Traveller ‘Gold List’ as one of the top hotels in the world.

Together with its sister property Encore, the Wynn resort has 4,748 rooms which makes it the seventh largest hotel in the world.

Circus Circus is one of the older casinos in Las Vegas, having been established in 1968. The 52-year-old resort is not just a hotel and casino but also an adventurous circus. The Adventuredome is a 5-acre indoor amusement park which features a range of rides and attractions for visitors. Circus Circus is popular for its circus acts and carnival games and also has 123,928 sq ft of casino space.

Their casino has over forty table games available and some of the latest slot games too. Players can play virtual and live craps, three card poker, eight-deck blackjack, and much more. One of their legendary restaurants is their award-winning Steak House which offers a range of fabulous food.

The Circus Circus establishment featured in a James Bond film. The hotel’s midway was featured in Diamonds Are Forever (1971) starring Sean Connery.

The Venetian was opened 21 years ago in 1999 and is themed on Venice, Italy. The hotel design takes inspiration from Italy and also has replicas of various landmarks including the Rialto Bridge, Palazzo Ducale, and the Lion of Venice Column. Much like other luxury establishments on the Strip, The Venetian has a range of restaurants, suites, swimming pools, and entertainment.

For gambling entertainment, the resort features two casinos for players to choose from: The Palazzo and The Venetian. They have a range of table games available for players to choose from including baccarat, roulette, and blackjack. Visitors can also check out their extensive selection of slot games on their two casino floors. The Venetian casino has around 1000 slots to play and The Palazzo has over 900.

Inspired by the canals of venice, The Venitian has gondola rides for guests to experience. Guests can coast down an indoor or outdoor ride and experience unique views on an authentic venetian gondola trip.

The Bellagio resort in Las Vegas is world-famous and is famed for its luxury and elegance. With the stunning theme of Bellagio, Italy, it was opened 22 years ago in 1998. The Bellagio has also been a popular film setting for Hollywood films too. The classic Ocean’s Eleven (2001) used the Bellagio as a central setting. Just like other casinos on the Strip, the Bellagio casino has many table games like blackjack, craps, three card poker, and roulette. Before heading out to Vegas, players can brush up on their skills by playing live roulette online as well as other games, to get a taste of what playing at a real casino is like.

The Bellagio also has a Club Privé high limit lounge that is a private and elegant lounge for players. Similar to its other neighbouring resorts, the Bellagio also has many signature attractions. It’s home to the aquatic Cirque du Soleil productionand has the signature Fountains of Bellagio. Enhanced by music and light, the fountains are a spectacle to behold and is not something to miss out on during a trip to Vegas.

Built in 2009, The Aria is a resort and casino on Las Vegas Boulevard. The property consists of two high rise towers made from glass and steel; 61 and 51 stories high. The towers hold a AAA five diamond hotel that includes around 4,004 rooms and suites for guests. The towers also hold 16 restaurants, 10 bars and nightclubs, and the casino also has around 300,000 sq ft of gaming space. Their casino has a range of table games and slot games available and they also have a High Limit Lounge too.

The most impressive feature of the resort is how technology is integrated into the hotel design. Popular Mechanics had reportedly called it perhaps the most technologically advanced hotel ever built. It has rooms with smart technology that can adjust curtains, turn off unused lights and electronics, and can also regulate the temperature when a guest enters or leaves the room.

The poker room at the Aria has hosted events for the World Poker Tour. In 2014, the hotel attracted around three and a half thousand entrants with their WPT500 event. 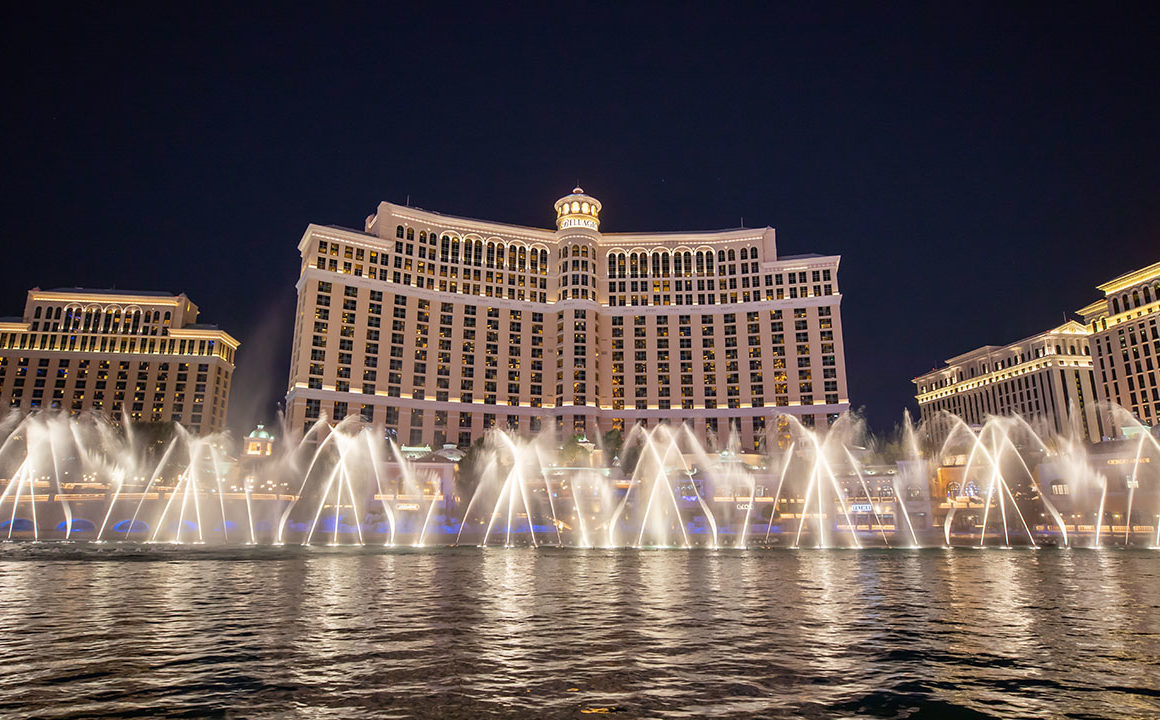