My Experience at the Rise Lantern Festival 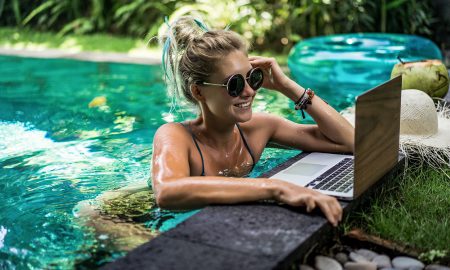 The Most Followed Instagram Travel Accounts to Fuel Your Wanderlust 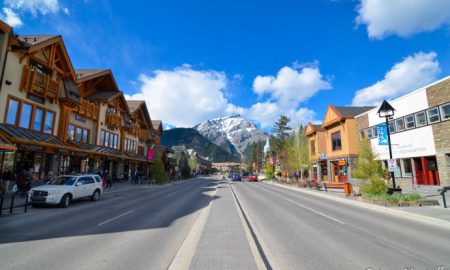 Visiting as a Vegan/Vegetarian in Banff National Park 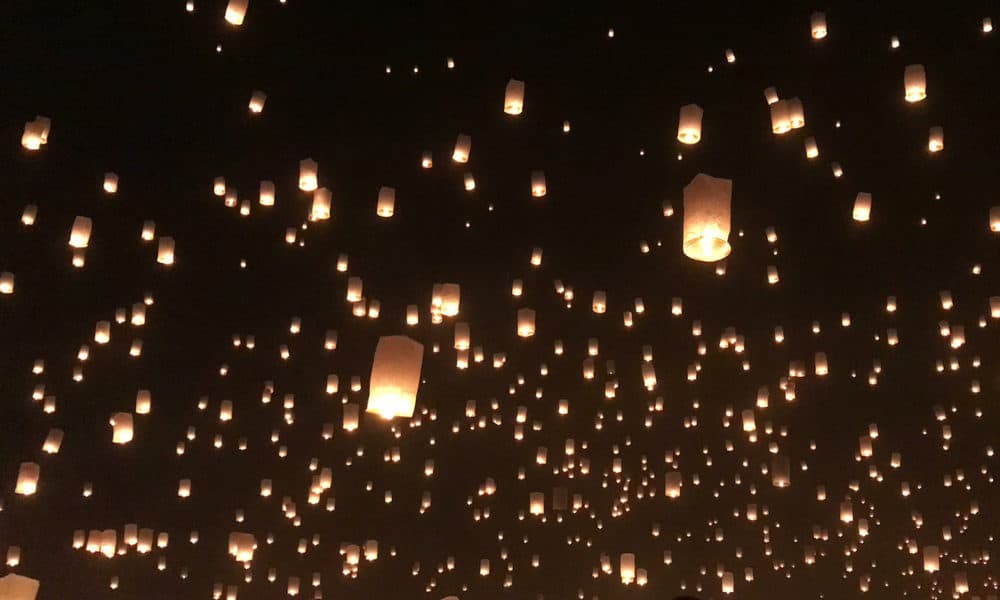 Rise Lantern Festival takes place annually in the Mojave Desert just off the I-15 in the Moapa River Reservation in Nevada, thirty minutes northeast of Las Vegas.

Each year, thousands of people gather to this remote location to sit on their wicker mats (given to them by the event) in a large circular formation in the desert dirt. Metal tiki torches are placed all around this circular festival, and guests place their mats in areas next to the torches, as they will be used to light their lanterns when the time comes. 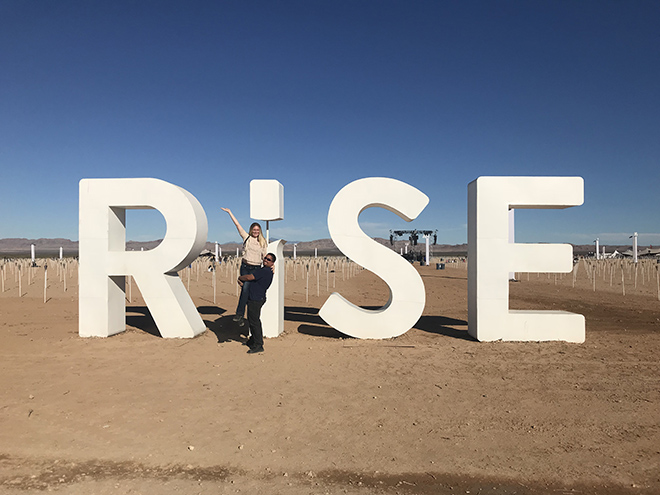 During the day, Rise Festival attendees arrive, set up their mats, and write inspirational quotes on their lanterns. Each guest receives two lanterns to launch into the sky. Up-and-coming indie artists perform as everyone soaks in the atmosphere of the event.

Food trucks and registration desks outline the circle on the edges of this large space, and a variety of food is offered by these trucks.

But the real event starts when it gets dark. Between 8 and 9pm, guests are instructed to light their lanterns in unison and launch them up. The sky around the Mojave becomes a magical spectacle of dancing and beaming lights filling the air. Guests are encompassed in a sea of orange and yellow flickers painting the sea of darkness around them.

Some launch lanterns into the sky for lost loved ones. Some do it for their hopes and dreams. Some do it to rise above years of hardships. Whatever the reason, these people come together to release positivity and wonder into the world, and that is a beautiful thing.

I came to the Rise Festival for the first time in 2015 after having been inspired by photos of this magical event. It struck home for me, as it symbolically reflects scenes from the Disney movie “Tangled”.

I spent all day preparing my lanterns to look just right. The anticipation of the day kept building as I waited for 8:30pm when the lanterns would be released. It is a surreal moment worth the wait in every way.

When all of the lanterns lit up at the same time like a wave of orange light, I was blown away. I almost cried watching the sea yellow dance in the sky as well as from around me on every side. I was lost in a sea of color and wonder. 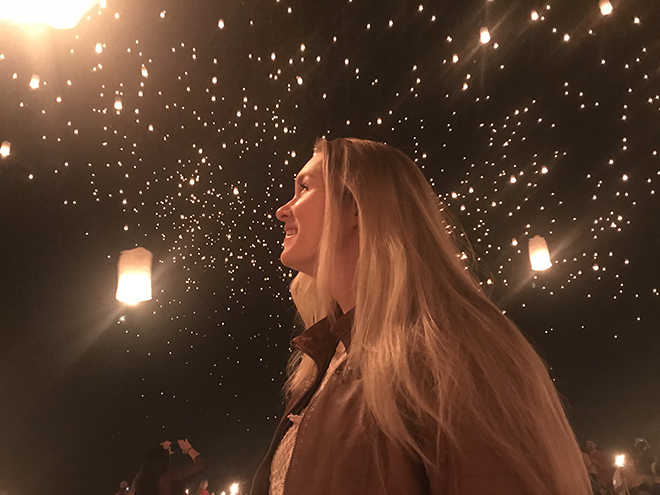 Each year Rise has become better and better. As the event ages, it becomes more efficiently run, and lines to leave and pick up lanterns shorten each year.

I’ve participated in this event for three years, and each year it’s like I’m seeing this beautiful phenomena for the first time. It’s a refreshing release for me. I release my hardships and fears into the ground and send my hopes and dreams up to the sky.

Rise Lantern Festival in the Mojave has increased from one night a year to two in early October. Be sure to follow their updates to see when Rise will occur next year. Don’t miss out! 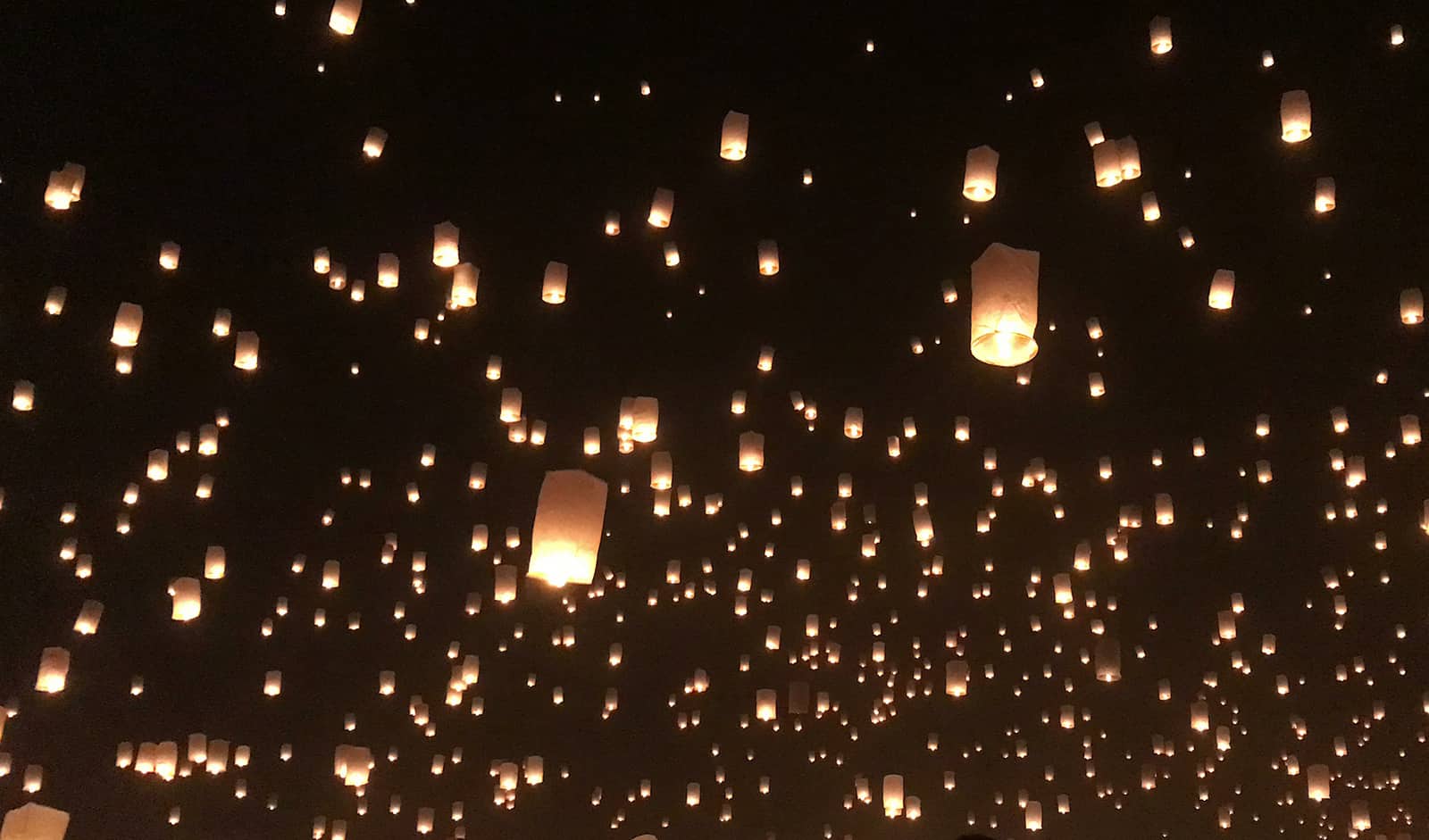