3 Ways to Use Tea Tree Oil in Your Home

One of Our Favorite Beauty Trends is Actually Harming the Environment 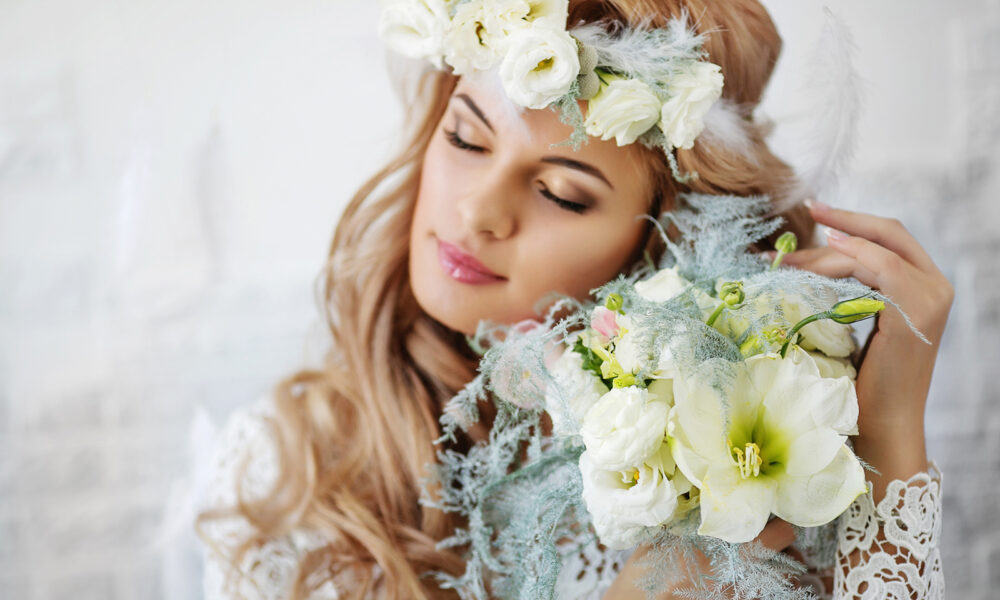 When squiggly brows came on trend, we knew things were getting wild in the viral beauty world. In the sometimes terrifying world of Instagram beauty trends, we see stranger and stranger trends every day. They’ve always been confusing and yet still manage to go viral. Honestly, we rarely try to understand them because once we do there’s a new trend going around. Well, when these trends start to get offensive, people start to pay attention. Culturally inappropriate makeup trends have come – been bashed- and gone. But, more recently makeup artists have decided to create looks that mock skin conditions and race.

Instagram is filled with self-proclaimed beauty bloggers that rise to fame with their creative mini makeup tutorials. The face behind the instagram account @golgiknowsbest hadn’t yet hit the fame that most have. Golgi only reached about 2000 followers before he made the worst decision for his career. 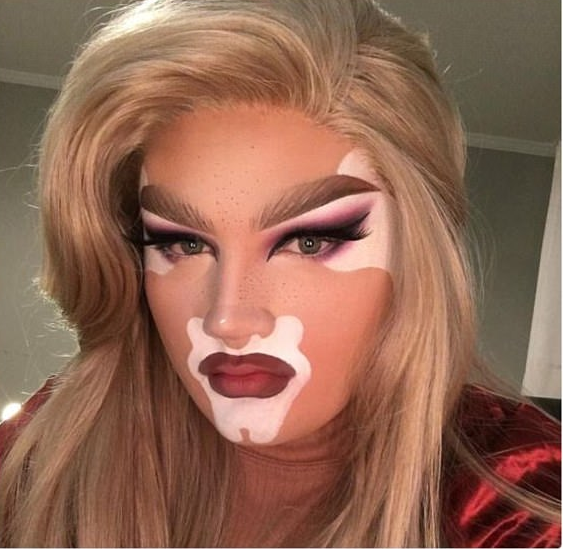 Golgi creates strange and dramatic drag makeup looks that are terrifyingly flawless! Well, a while ago he decided to post this (above) makeup look that appeared to recreate the skin condition of vitiligo. Golgi was faced with worldwide backlash. His makeup look went viral and he was brutally attacked for how insensitive the look was. 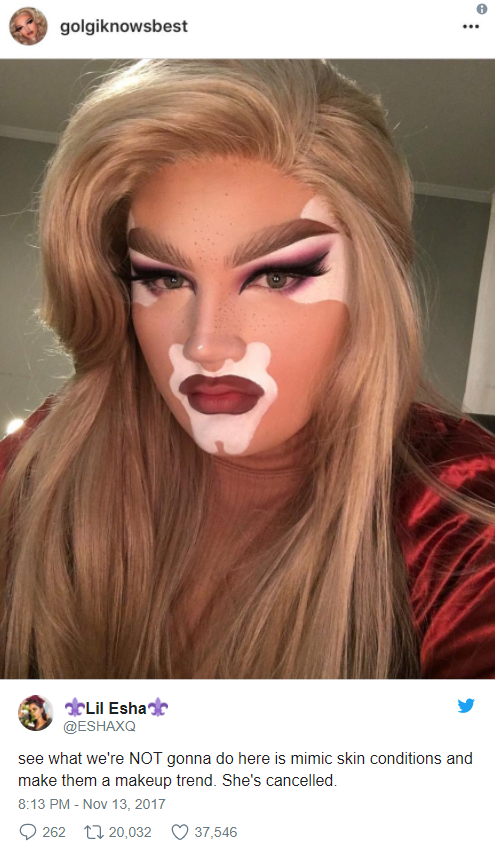 He came under fire instantly after his photo was reposted under the caption “see what we’re NOT gonna do here is mimic skin conditions and make them a makeup trend. She’s cancelled.” by Twitter account “ESHAXQ.” Her post quickly went viral and Golgi instantly lost countless followers.

The Instagram beauty controversy doesn’t stop at mocking skin conditions. During such a politically heated time where racism has proven to never have left the arena, it’s crazy to think that a problem such as the next example would happen. 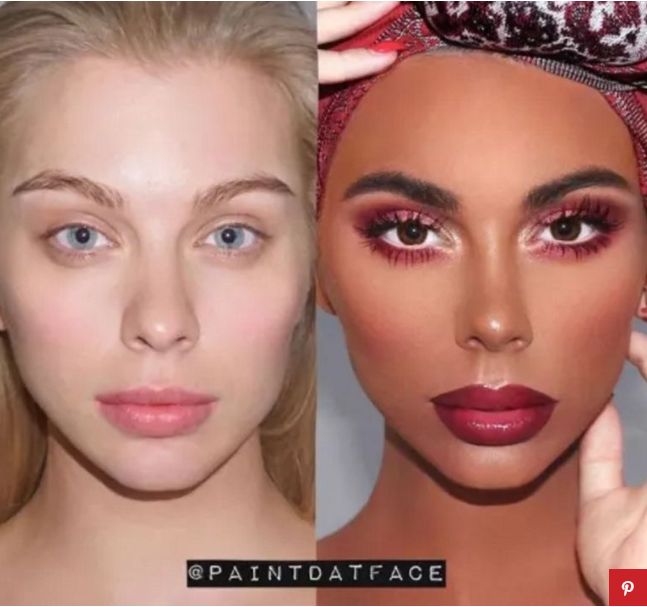 @paintdatface stirred up her own fair share of controversy when she posted this before and after photo with a drastic change in skin color. She was accused of blackface: a decade-old racist act that is completely abominable to even remotely resemble. 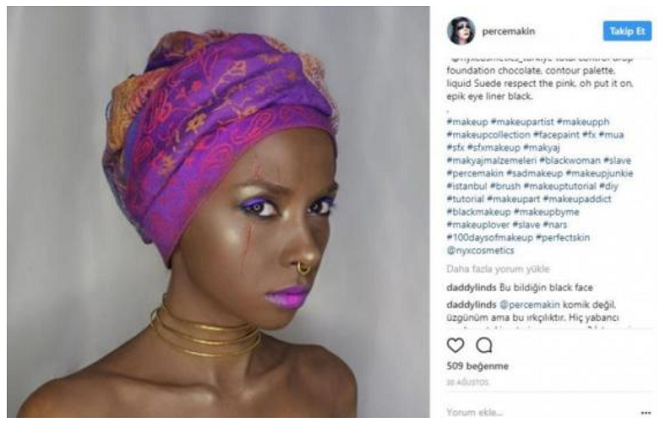 The beauty bloggers world’s racism doesn’t end there unfortunately. Another Turkish makeup artist posted a look where she also completely altered her skin color. This time, things were taken way too far with a hashtag of “#slave” in the caption of the photo. There are really no words for how astounding it is that this is even happening now in 2017.

Losing followers isn’t the only effect these moves have. Hundreds of hate comments begin to flood under the posts. Understandably so, people of either the skin condition or race being mocked are left dumbfounded by the sheer insensitivity and blatant offense.

The reaction is not surprising at all. It’s true that beauty bloggers have been pushing the bar in an attempt for their strange looks to go viral. They rarely care about the negative connotations, and are only concerned with getting more followers. Well, these moves had the opposite effect.

After getting repeatedly bashed and losing his following, Golgi decided to take down the photo. He deleted the photo and later on posted his explanation for his behavior. According to Golgi, it turns out that this entire look had absolutely nothing to do with the skin condition. 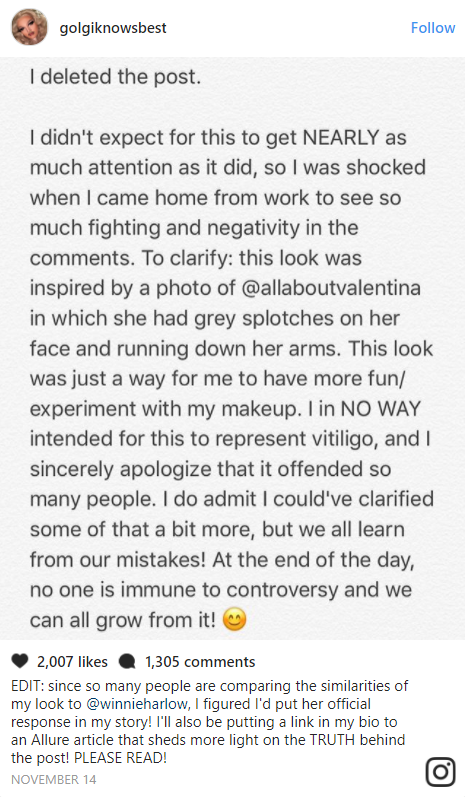 He claimed that this look was actually inspired by another existing look created by a fellow beauty blogger that featured grey blobs on the face. Golgi simply decided to create the look with different colors which resulted in a resemblance to vitiligo which he hasn’t even noticed until the photo went viral.

Meanwhile, the blackface perpetrator’s claimed to be celebrating African American culture and embracing it rather than mocking it. Oh, why thank you, how gracious of them. The reasoning behind creating these looks simply adds insult to injury.

Do You Buy It?

Well, we certainly don’t! It is unthinkable for such things to even still be discussed today. For people to think that they can get away with offending millions of people for the sole purpose of going viral or growing their followings is shocking. What is even more shocking is their inability to take any responsibility for their actions.

Beauty bloggers need to use their community and reach to spread love, acceptance, and kindness. Seeing their platforms being used in such an offensive insulting way is unacceptable. It’s safe to say, they’ve gone way too far and we hope they never go there again. 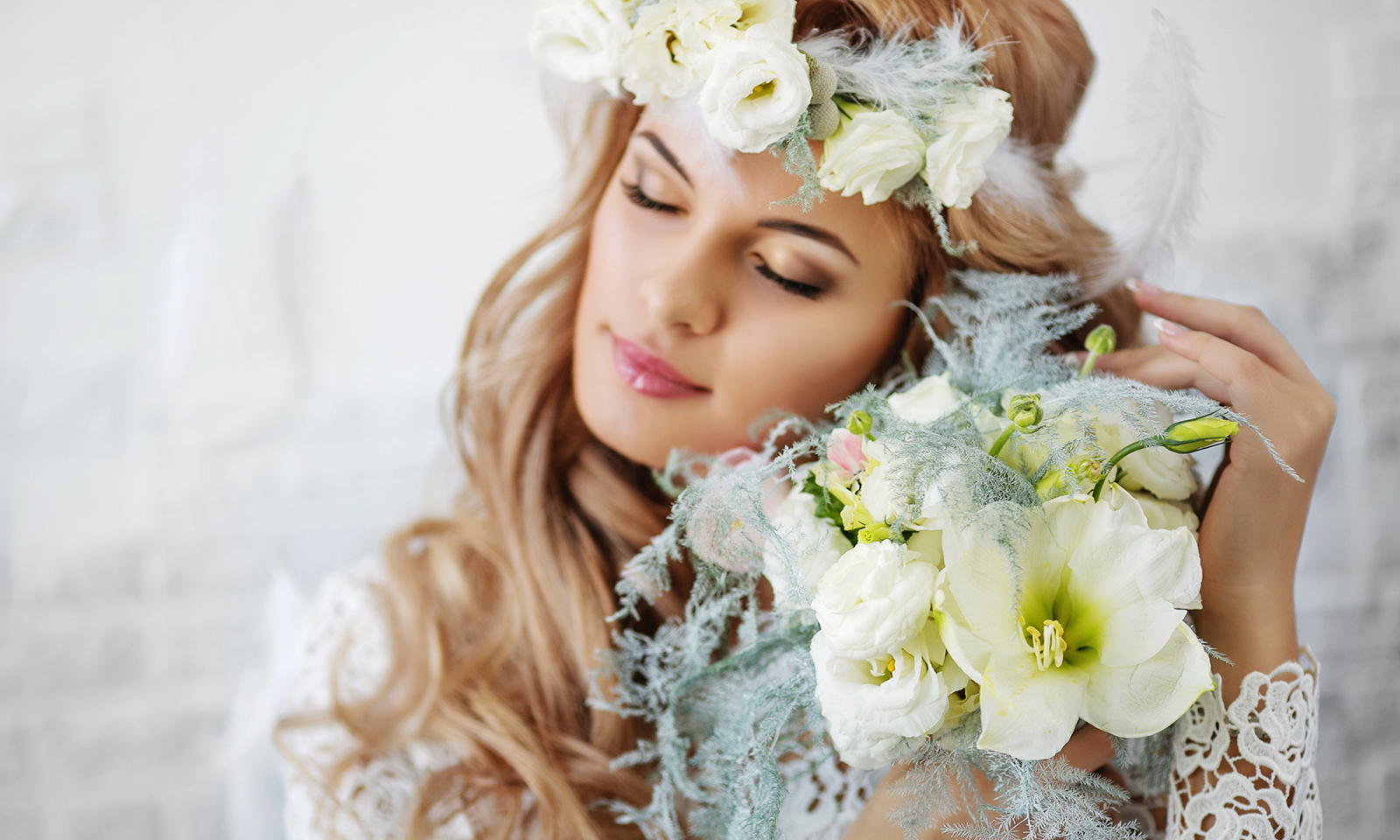