What is the value of MORE time?

A Challenge: Expand Your Family 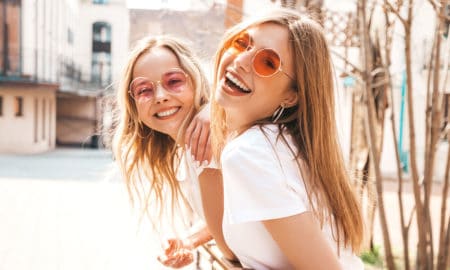 Coconut Oil for a Radiant Smile

In 2007, we walked into “Boxer Rescue” and asked for the dog that nobody wanted and had been there the longest. Out came a 2 year old boxer we named Sadie Mae who stole our hearts. Sadie is also known as Ms. Pacific Beach at Kate Sessions Park. She knows everyone who comes there and everyone knows and loves her!

A month ago, Sadie was diagnosed with T-cell Lymphoma cancer. I did what I normally do – researched the hell out of the subject. Recently, I watched an episode of “VICE” on cancer in humans being treated with a genetically modified version of the AIDS virus. It is so successful that it is on the fast track of being approved by the FDA. There is a group of veterinarians who have been working for 5 years on the same type of therapy in animals. Could this be the miracle we were hoping to happen?

It turns out the cancer was first detected a year earlier in Sadie’s mouth. When the report came back it was missed by all. Our first step after the new diagnosis was to find out what is going on inside our Girl. There are six lymph nodes in the body to check. Two are located in the throat, two more located in the chest and the final two are in the stomach. Sadie had an enlarged lymph node in her throat. We had already done the chest x-rays and knew those node were clear so we needed to schedule a sonogram of the stomach. Her stomach looked clear EXCEPT one lymph node in the stomach was enlarged. You are told to assume it is cancer. Our next step is to find our medicine man/woman.

As modern medicine is allowing us as human to live longer, happier and fuller lives, we must ask what price tag and quality of life is acceptable to put off the inevitable. Some would say there is no price you can place on “more time”. Is this a true statement for our animal companions as well? 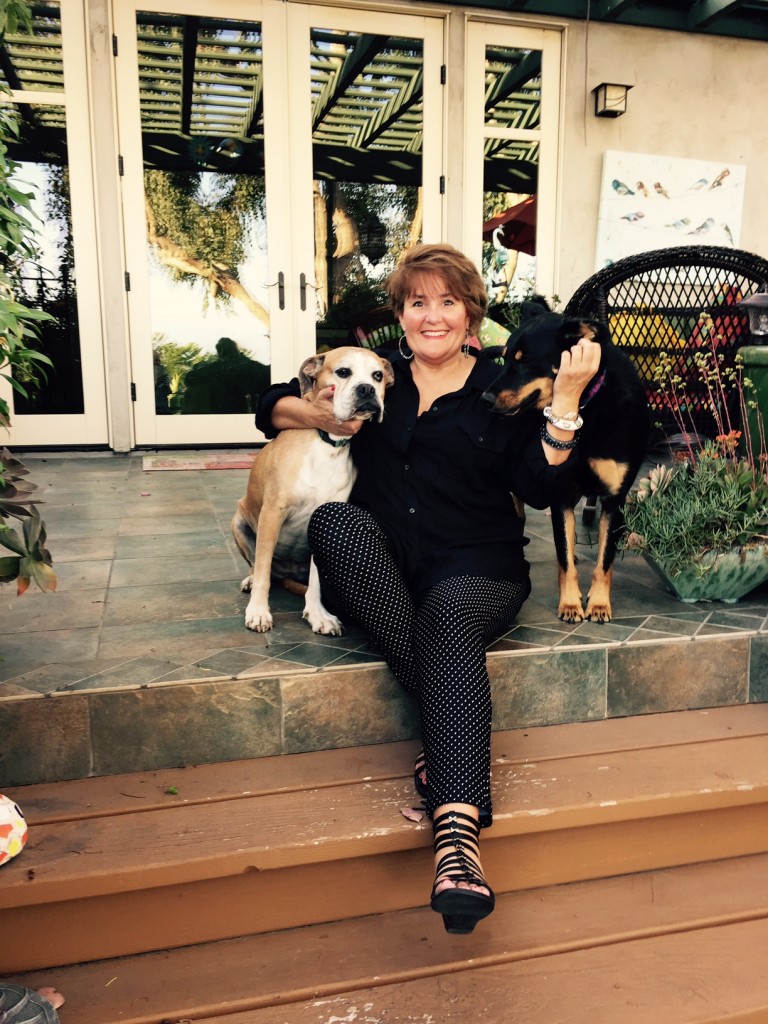 My first meeting was with a doctor who was highly recommended by a reliable source. I went prepared for the worst possible news to help protect me from the pain. As I expected, I did not get the news I was hoping for from this doctor. We were given 5 months tops WITH chemo treatment. How could this be true when Sadie was so playful, happy and so full of life? We were told we would be saying goodbye in a few months if no chemo.

So either way, we would be saying “Goodbye” to our Sadie Mae by the end of the year. Do you get another opinion? Yes! We got another recommendation for a doctor. Our second oncologist literally shocked me into another galaxy. Not only was I told Sadie has a very good chance of survival but Sadie is a walking miracle by being alive as long as she has been with no treatment from the first bout in her mouth.

Our new oncologist told us in all of his 35 years of practicing and all the studies he has conducted as a professor at UCSD, no dog has survived as long as Sadie with no treatment. Ok. This was my man! Not only was he clear in his delivery, he is also the doctor that invented the Anti-body that is now being used in trials for dogs with lymphoma cancer. We were on the yellow brick road with our wizard!

In discussing with our doctor all treatments, we decided to try the chemo treatment with the Anti-body. This is what you can expect should you do the same:

We are lucky. Sadie’s tumor went away the first treatment. We are at the end of our first round so the next month for us is crucial in her treatment. Most important to note is that when the tumor shrinks, that technically means remission. The “more time” starts at remission, NOT WHEN THE TREATMENT IS FINISHED!!!! 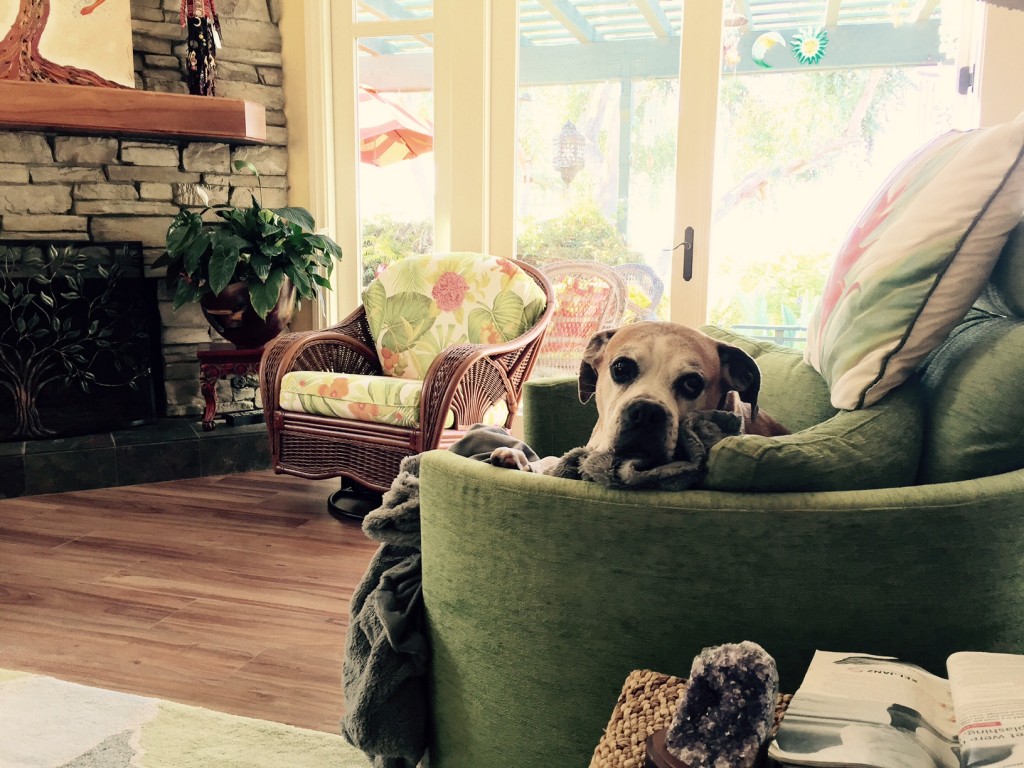 We are experiencing no side effects in Sadie’s treatment. I know there is going to come a time in the future when that is not going to be the case. I want what is best for all of us but I really want “more time”. Does that make me selfish? I believe if given a choice Sadie Mae would choose the same and want to be here as well. If you are one of the lucky ones to share a unique bond with your pet, then one day makes all the difference in the world to you. If you are someone who doesn’t believe in doing such measures then you will not go down this road.

Since 2007, we have lost a dog every year. And, each of them has taken a piece of us with them. Ask, what we would do to get one more day with each of them. PRICELESS!!!!!!!!!!!!!!!!! There is a song by Garth Brooks called “The Dance” and a verse that says “I could have missed this pain, but then I would have missed the dance. And, I wouldn’t miss that for the world”! We are willing for a little pain and sadness to have one more incredible dance. Shouldn’t we all? 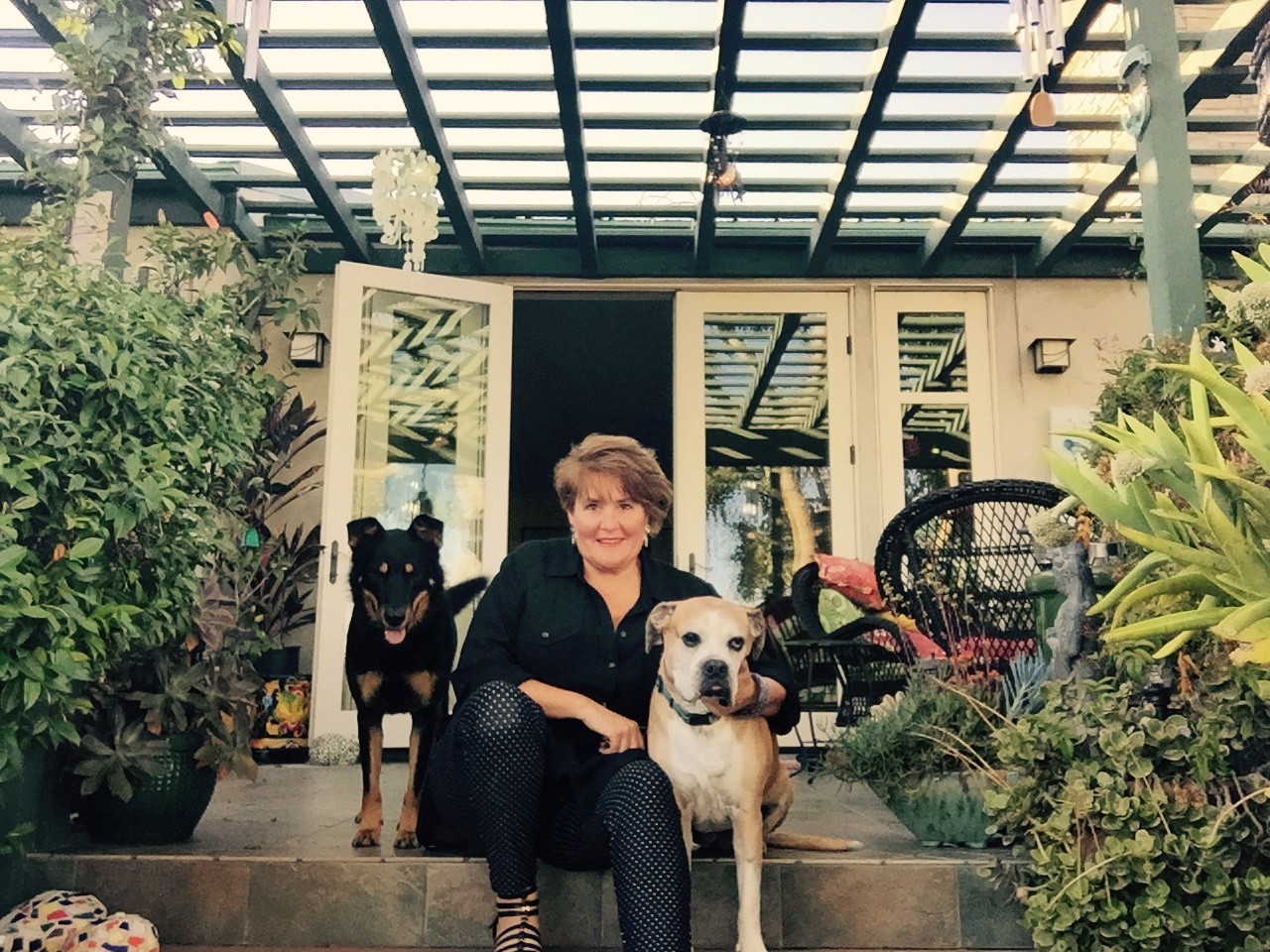