UnchainedTV Challenges You to Connect Your Own Dots 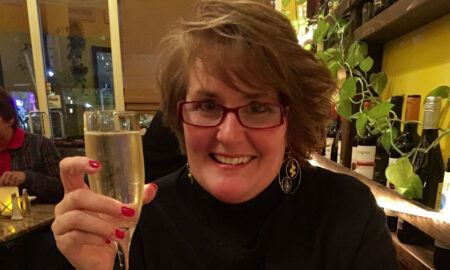 Indoor Summer Activities for Kids that are Educational and Fun 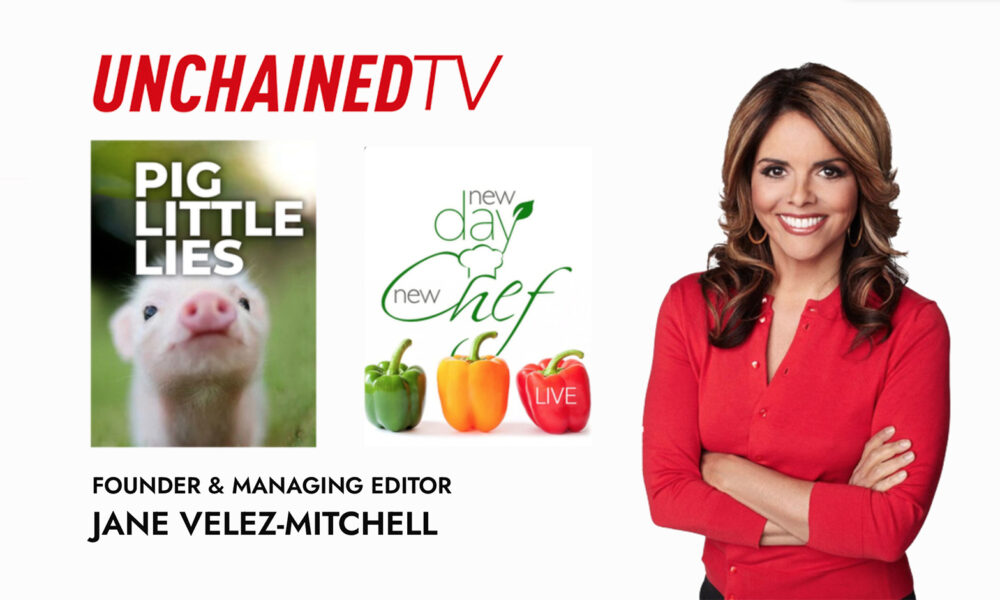 UnchainedTV has arrived and it is here to change your life. Recently launched, they just reached their Millionth viewer mark! No small feat, but this network offers a radically new approach to capture the attention of consumers and help brand the plant-based movement as something fun and uplifting. This channel offers documentaries, cooking shows, travelogues, talk shows and music videos. UnchainedTV is giving you all the tools to lead a more joyous, healthier, environmentally sustainable, compassionate life. They want viewers to connect their own dots. Psychologists say when people reach a conclusion on their own… it sticks.

Where do you begin? This is the very question and foundation that UnchainedTV founder Jane Velez-Mitchell began with. She has over 30 years of experience in media working for CNN, Court TV, Celebrity Justice and other national TV shows. She was given her own show on HLN called ‘Issues with Jane Velez-Mitchell.’ She covered the Michael Jackson trial and the Jodi Arias trial. She authored a book called Exposed: The Secret Life of Jodi Arias, released in August 2013 and debuted at #5 on the New York Times Bestseller list. With her experience and confidence growing, she began highlighting animal cruelty when no one else was doing so on prime time. The animal community took notice on her work and the awards came calling. She has won three ‘Genesis Awards’ from the ‘Humane Society of The United States.’  Mercy for Animals awarded her their ‘Compassionate Leadership Award’ and she received the ‘Nanci Alexander award’ from ‘PETA.’  When leaving the mainstream media, she found it was time to take the chains off and started JaneUnChained, a digital network to highlight animal rights and vegan lifestyle. And she was free.

I sat down with Jane Velez-Mitchell to ask her how she does it all.

Why did you start this network?

I started UnchainedTV to reach the many millions of people out there who desperately need this life-saving information and are not getting it. Heart disease is a leading killer, and it comes from plaque which comes from cholesterol in animal products. Do doctors warn you about that? Do they tell you that processed meat – hot dogs, deli slices, bacon, etc. – is officially cancer-causing, according to the World Health Organization? No. So, UnchainedTV is giving people a portal into a new way of living that will improve their health, while simultaneously combating climate change, habitat destruction, wildlife extinction, human world hunger. drought, water pollution and animal suffering.

You developed this network as a non-profit, which goes against all business models for a network. What was your thinking on this?

FREE is the #1 search term of streaming device users. As we have seen, people do not want to pay or must sign up for a subscription to watch something. We all have too many monthly bills already. UnchainedTV, our global streaming APP, is 100% FREE to download from the APP store on your iPhone, Android phone, Apple TV device, Roku device or Amazon Fire Stick! You can also put it into the search bar on LG and Samsung Smart TVs and get it. At UnchainedTV, we make it as easy as possible. No email, no subscription, no fee. We are offering free content to entice people to watch. As a 501c3 non-profit, our mission is not to make money. UnchainedTV‘s only goal is to educate people about this crucial subject so they can make informed decisions. How much will money mean if the planet is uninhabitable? There is something that each of us has the power to do three times a day to tackle climate change: eat a sustainable, plant-based meal. UnchainedTV shows you how to make delicious, nutritious meals, with hundreds of cooking shows, including New Day New Chef, our award-winning, in-studio, vegan cooking show!

How long did it take you to develop this network from thought to going live?

As an activist, I know we must use all the technology available to be effective. With eight billion people on the planet, we cannot talk to them all one on one. Social media is changing rapidly with platforms going in and out of favor. This APP has the potential to reach tens of millions of people or more. We were in beta testing until the start of 2022. We have already surpassed one million views and are growing fast. Emmy-winning producer Eamonn McCrystal suggested the APP in the fall of 2021, and we jumped on it! It is still in its infancy but growing exponentially. I was in the TV news business for decades, where I often had just a couple of hours to whip together a story. So, we work fast at UnchainedTV. Also, we run a non-profit news organization through our network hub: UnchainedTV.com.

Many streaming networks are spending billions of dollars and hiring hundreds of people. We, at UnchainedTV, are using ingenuity and creativity in place of big budgets. We produced our first Original Series; Pig Little Lies on a tiny budget but with experienced cinematographers. Eamonn McCrystal is a brilliant director/producer who brought it all together. We also rely on the passion and talent of hundreds of vegan content creators around the world who donate their time, expertise, and videos. So, we offer award-winning documentaries and cooking shows, along with news reports, travel shows, talk shows and even music videos that have been given to us to stream by people who share our mission of a kinder, more sustainable world.

Your first reality show for UnchainedTV is a show about Pigs called ‘Pig Little Lies.’   What other shows would you like to develop around animals?

Pig Little Lies follows the saga of two pigs, a mother, and a dad, who escape from a kill shelter and go on an extraordinary adventure. And it all really happened. Dante and Beatrice are what they call a bonded pair, meaning they love each other. This series is really a love story about a family that just happens to be a pig family. We are already planning another mini-series about a chicken named Hope who lives with a family in Southern California and who rules the house!

Your network is filled with content that is healthy in terms of cooking shows, films, documentaries, how do I figure out how to navigate what to watch?

The network is made up of a slew of channels and it is easy to navigate. At the top is New and Noteworthy… containing the latest trending videos. Other categories include documentaries, mini-docs, cooking shows, news, etc. When a vegan content creator provides us with six or more videos, we can create a whole channel around them. Many major vegan organizations/chefs/companies have given us videos to stream including PETA, In Defense of Animals, Animal Outlook, Animal Save Movement, Plant Based Treaty, Switch4Good, NutritionFacts.org, Their Turn, Wicked Kitchen, Million Dollar Vegan, The Vegan Roadie, Chef AJ and more.

There is graphic content of cruelty to animals on your site. Are there warnings on those shows so audiences can be prepared?

Much of our content, including Pig Little Lies and our cooking shows, have ZERO graphic footage. We do show some graphic footage. Often, we will have a warning. Other times, the images are up just briefly. Let us face it. It is the truth. What is happening to factory farmed animals is cruelty beyond comprehension. If you did to a dog what the industry routinely does to cows, pigs, and chickens, you would be thrown in jail. People need to see the truth. The challenge is: many people would prefer to avoid seeing the reality, so they do not have to think about changing their lifestyle. But, what UnchainedTV also shows is that giving up animal products is not a sacrifice. It is a joyous adventure.

Your network is growing at an enormous rate and just surpassed a million views, why do you think you have been so successful when other streaming services are failing?

We are not seeking to compete with anyone. That is the joy of a non-profit model. I think the fact that our content is completely FREE, and the APP is so easy to download has been a real benefit to consumers. Just putting in an email can be a roadblock to viewers. When people say, “I’ll do it later,” they often never do it. So, we just urge everyone to download UnchainedTV right now! No fee or email required.

I am both scared and hopeful. I am scared because we are destroying the planet and the other beings on it at such an alarming rate, we are in danger of crossing the point of no return. Yet, I am also hopeful because people are waking up in huge numbers. The younger demographic is going vegan in droves. Others are turning vegan-ish, consciously reducing their meat and dairy intake and seeking out other options. As Nelson Mandela said, “It always seems impossible until it’s done.” We are on track to hit the tipping point and it is coming sooner than anyone imagines.

With the Millionth mark passed, and many millions more to come, Jane Velez-Mitchell is proving all her years in media have given her insights into compelling and impactful storytelling. UnchainedTV provides a free road map for viewers to transform their lives one day or one program at a time. 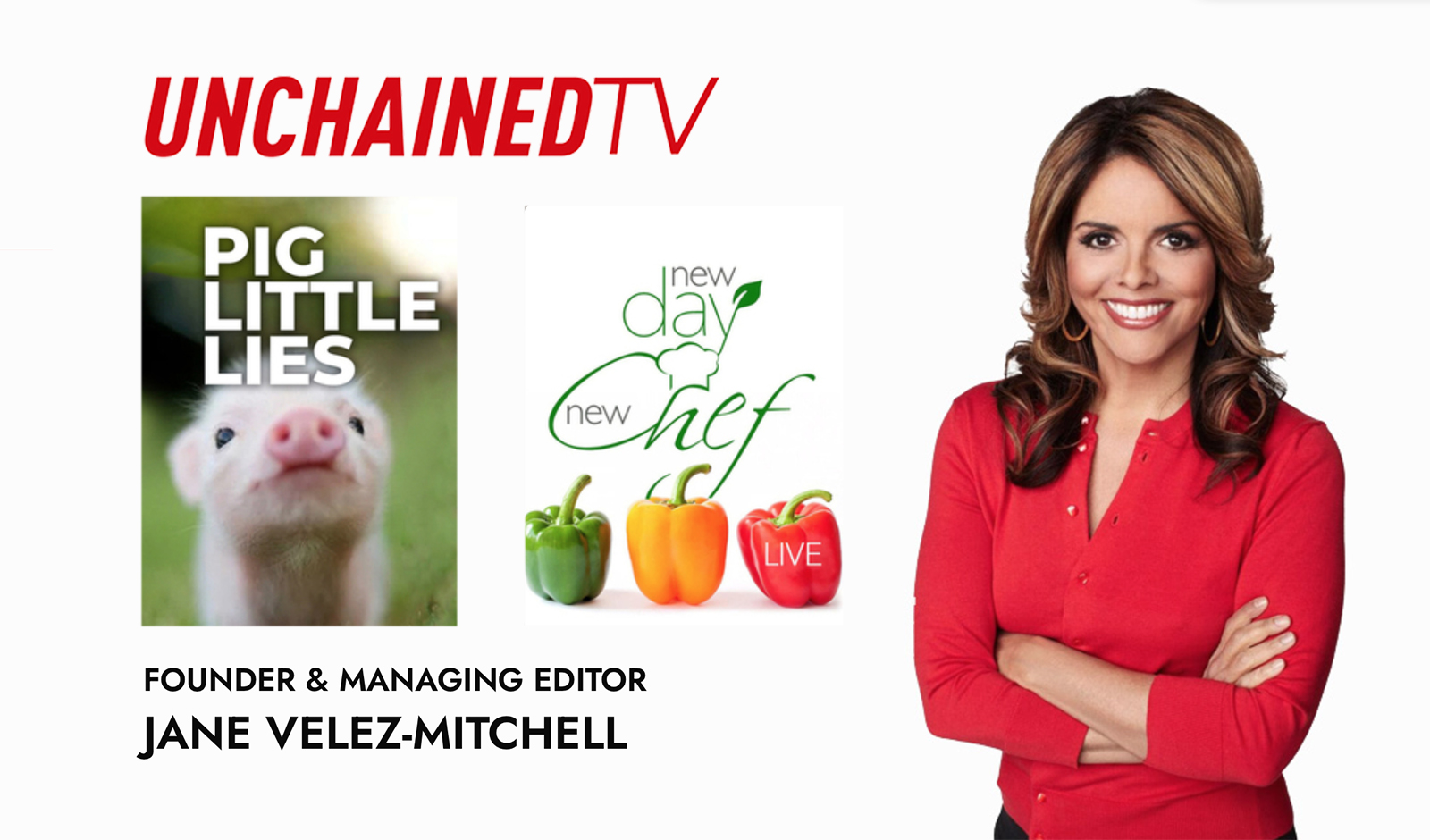