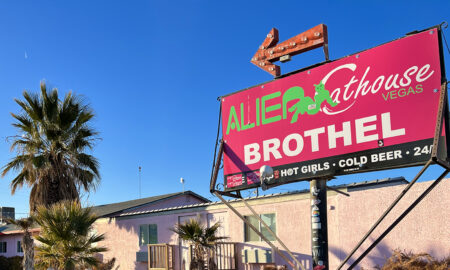 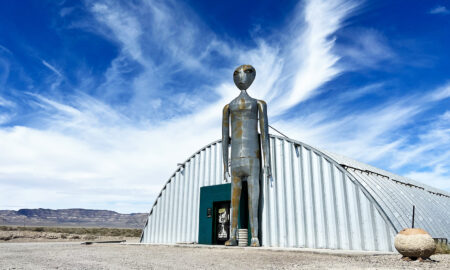 The Extraterrestrial Spots You Have to Visit Near Area 51 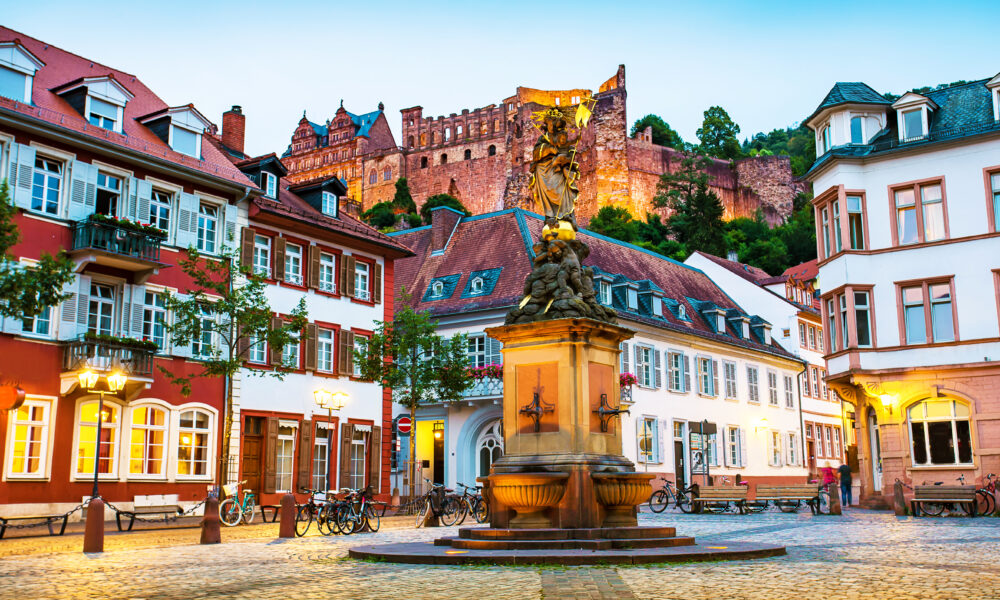 The time finally arrived. I was coasting through the countryside on a train looking out at the vast landscapes of green fields and mountains. And then I spotted a line of charming old homes with steep, triangular roofs, and it sunk in. I was back in Germany, one of my favorite places to visit. Something I love about traveling through Germany is that I know right away I’m in Germany just by looking out my train window. Germany has this culture and style all its own that really just imprints its gorgeous scenery in your mind and in your heart. There is such a unique history and culture in Germany that has transitioned through centuries from the Holy Roman Empire to the Germanic People to the French into the Modern Germany we know and love today.

And when you’re in Southern Germany, there are several distinct locations that shine with the culture of Germany’s past that also revolutionize into a modern, distinct personality today. I’m going to discuss four of my favorite places in Southern Germany and discuss why you should visit them, what makes them so special, the history they hold, and how that translates into their modern personalities.

If you’re looking to visit a charming old city with modern, fresh ideals, Freiburg is the main place to visit. While the history dates back centuries, the University of the town brings in students with revolutionary ideas looking to transform the world. So, you can stroll through the city streets and admire the canal-like water system that has been there since the 1200s and see living history still functioning today, and then, five minutes later, watch a demonstration down the street with students calling out for Fair Trade and Sustainability. Freiburg is a hotspot of modern ideas and forward thinking, filled with vegan spots and green ideals, something that is so refreshing to find. Yet it is also a hotspot of history dating back through centuries. These two elements work so well together despite their natural opposition. In fact, in the 1970s, the city was going to remove the water canals, as they no longer really serve a purpose, but the residents came together to fight for their past and ultimately, saved it. So, with their modern ideas comes a love of their history, and that is something that makes Freiburg truly incredible.

Speaking of history, Baden-Baden was never destroyed by the second world war, so they have mesmerizing views full of fully-intact historical buildings that leave a lasting impression. What I love about Baden-Baden is that the city embraces its rich past and history and celebrates it in a modern, luxurious way. You can stay in extremely luxurious hotels decorated in Baroque styles that shine with luxury by holding onto their roots. You can visit Friedrichsbad, a spa that has been around for 140 years that was even said to be visited by Marc Twain, but it doesn’t feel ‘old’ or historical in the slightest. On the contrary, it feels luxurious and modern in a way that embraces its past. Because of the luxury of Baden-Baden, when you are there, you can enjoy a unique experienced colored and celebrated by the history of the city dating all the way back to the Romans who first built their baths there.

What I love the absolute most about Heidelberg is that it has historical accents from the Roman time, from the French, and from the Germanic. You can walk through the streets of the old city, see a medieval building built from the red sandstone of old castle walls, see a Baroque building shining with flowery design, and see something more modern all within the same block. You can read the history of a building based off its exterior façade. And throughout Heidelberg, that’s exactly what you find- unbelievable amounts of history from the Palace to the Old Town Streets to The Main Bridge- with chic and modern locations all the same. Heidelberg embraces the old and also brings in the new. I could visit the historical Student Prison and, just a street away, hop into the Starbucks. If you’re looking for centuries of layered history with a touch of modern flare, Heidelberg is the place for you.

Trier holds the key to the most ancient history of Germany. With still visible ruins dating back to the 1st Century AD and the Holy Roman Empire, it’s the place to visit if you are in love with archaeology, ruins, and ancient history. You can walk through the now modern streets of the city and just casually pass by an ancient ruin towering above your head. You can drive over a bridge that’s been standing since the days of Roman rule. Yet, there is a modern lux coffee shop just off to the right. What I find truly special about Trier is that it embraces its ancient heritage and ruins and also still offers a modern city lifestyle with luxury shopping, small family-owned boutiques, and delicious restaurants. It’s a little bit of old and a little bit of new all combined effortlessly together in a beautiful and exciting destination. 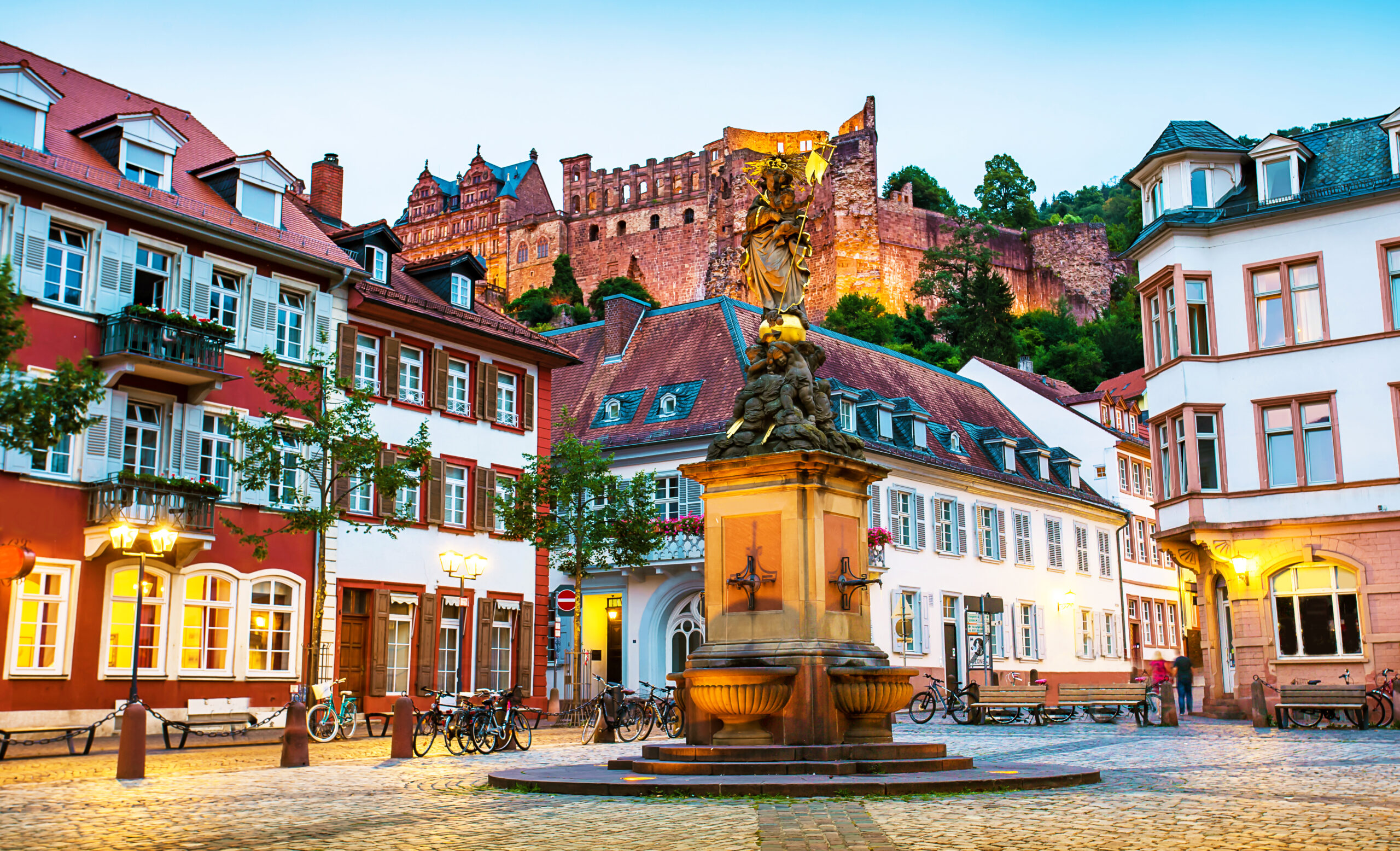