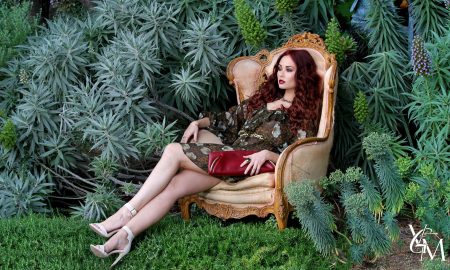 How to Fall in Love with Your Body 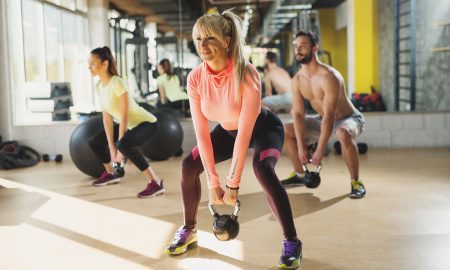 How to Build Muscle Without Eating Meat
Prev1 of 4Next

Sophie Gray is the mind and body behind Way of Gray as well as a holistic nutritionist, personal trainer, and self-love advocator.

What were you doing at 21-years-old? If you’re currently 21, you’re probably starting your last year of college and about to dive head first into the real world come May 2017. All of your friends are exploring different relationships, studying abroad, and enjoying their first legal year of drinking. But what about the girl that starts her own business at 18, doesn’t go out to drink every night of the week, and prefers to live a quiet life? You might think she’s lonely, not living life, and will regret it all later. It’s time to reconsider that not everyone is confused about their life’s purpose and doesn’t live with FOMO just because they don’t have a trusty #girlsquad and frequent happy hours.

There is definitely one woman who made the right choice by choosing the more secluded path. Sophie Gray, also known on Instagram as @WayofGray, is one of today’s most influential wellness and lifestyle influencers. With over 400K followers on Instagram, she sells her workouts and advises others how to obtain a healthy lifestyle. But her main goal is to advocate self-love, which is why so many women gravitate towards her.

When you look at her profile, Gray looks like a ray of sunshine. In person, she is exactly as you’d imagine. She has a dazzling smile, a killer personality, and is the ultimate girl next door. She exudes confidence, intelligence, and maturity. I could not believe she was only 21. When I walked in, I was meeting @WayofGray, but by the end, it felt like I was leaving a coffee date with my close girlfriend, Sophie.

Gray is based in Edmonton so we were lucky enough that she was in LA for other engagements and made time to talk to us in person. Gray talked to us about her journey to becoming a media sensation, why she thinks the fitness industry doesn’t properly educate the public, alternative proteins for vegans, and where she hopes to take Way of Gray in the next few years.

A Conversation with Sophie Gray of Way of Gray

ABOUT WAY OF GRAY

You started out as a model when you were a teenager. What made you want to do the switch to personal trainer and holistic nutritionist?

I always say to people that I say “model” loosely because in Edmonton that industry has not been formed yet. The way that it works in Edmonton is that you get signed as a local model – which means you can’t do anything because you don’t have the measurements or the height and they’re just wasting your time. Or, you’re [signed] for international work. For me, the way I started in fitness is that I wanted those international measurements. I started working out but I was totally unhealthy about it. I always loved food so it’s been a huge part of my life. I tried restricting what I ate but it was not working for me.

At my high school, we had a full time personal trainer that sat in our gym. I started going in there and he [coached] me and [told] me that I would never get those measurements because of my bone structure. I was really fortunate that I had him because I feel without that guidance it would have gotten worse.

I did my Instagram page with the thought in mind that I want to make something out of it. [My followers] were so obsessed with the way that I looked and wanted to know what I did;
still to this day it drives me crazy, [because] what I do isn’t going to [necessarily] work for you. It doesn’t work like that. It’s what helped me not go down the destructive side of modeling and fitness side of things.

Has has the mission, look, or fanbase of Way of Gray changed along the way?

I definitely feel it’s a natural progression as I’ve matured and I’ve changed what my focuses are. As of lately, it’s been turning more to body positivity because I think I’ve been way more accepting of my own struggles with that. This progression really shows where I want my brand to go and where I want things to evolve. I feel that before people have always focused on how I look. I still want to use my appearance in the way I always have, but it’s just to rope people in. I just want to capture people’s attention because sex sells. I want to be able to use my body to actually talk about real issues and self-love.