What can you say that hasn’t already been said about a band that’s been around for 28 years? I can go on and on about how timeless their music is, but I’m sure endless of other sources have said that in a good review. So, instead of simply gushing about how great they are, I’m going to tell you about my personal experience with the Goo Goo Dolls. (All photos by Brianne Nemiroff) 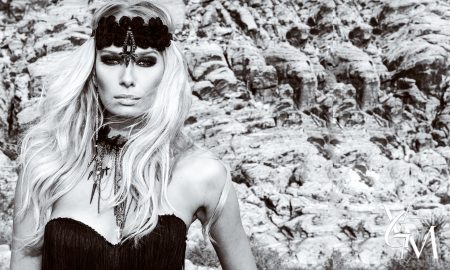 Now on to Magnetic. A lot of the songs are at a moderate but upbeat tempo. But, there’s one ballad (“Bulletproof Angel”). Why did you decide to put one ballad on the record?

I’m from that school of thought that having a ballad on the album balances the energy to it. I’ve always believed that.

Tell me about “Slow it Down”.

To me, that song is about people who are trying to actually make a conscience decision to regain their vulnerability and fall in love again without having all the baggage.

And about the first single off the album, “Rebel Beat”.

I was in downtown [New York], near Chinatown, Little Italy, taking a walk. There was this little block party.
There were kids and old people, music blasting, people cooking; it was just such a family energy to it.

What was it like filming the video for
“Rebel Beat”?

(Fans won a contest to be in the background of the Rebel Beat video. They played locals at the block party.)

It was kind-of interesting between takes. [We were] standing around talking to these people and getting to know them.