Skylar Stecker: On New Music and Becoming a Vegan

Two years ago, we had the honor of interviewing up-and-coming artist Skylar Stecker prior to the release of her debut album. Now in 2017, we’ve watched her grow up, grow her fan base, and listen to her voice get stronger day by day.

Her recent single “Only Want You” hit the #1 spot on the Billboard Dance/Club Songs chart and is currently on over 20 Top 40 radio stations’ rotations. She is the youngest artists EVER to hit #1 on this chart! Additionally, Skylar sung the main soundtrack song, “Everything Everything”, for a Warner Brothers summer teen flick. Just last Friday, she released a new single, “Blame” — her most mature dance track to date — which you can check out here (and at the end of the article)!

This 15-year-old girl has already achieved so much, but we also love the fact that she’s a proud vegan. We asked her about being a Peta2 ambassador, her go-to vegan meal, and how she managed to shoot her “Only Want You” video on Hollywood Boulevard without having to shut it down. We would say that’s another accomplishment for the books!

You filmed your video “Only Want You” on Hollywood Boulevard. Did you have to shut down the street, or did you film it whilst it was open?

SS: It was so much fun! We didn’t change or do anything to the street. Our idea was just to show up mid afternoon with a video camera and shoot. My uncle Shane directed it, and my manager and my mom cued the music and tried to help us from walking in to anyone. I wanted it to be as organic as possible and for it to be filmed all in one take. The only thing we decided on prior to saying “GO!” was the place to start. The rest was just me having fun and interacting with a few people I bumped into along the way.​

“Only Want You” hit #1 on on the Billboard dance chart. What do you think it is about the song that resonates with your fans?

SS: I’m still so blown away about hitting #1. I’m so grateful to everyone that’s supported this single.

When I first heard it finished, I immediately loved it because it felt fresh and made me feel happy! So I am hoping that my fans feel that way, too, about it.

You were named the “Next Big Thing” by Radio Disney. How did it feel to be recognized? Were you a fan of Radio Disney growing up?

SS: It is such an honor. I have admired the program for a long time and always hoped that one day I would get the opportunity to be the NBT! So when I got the phone call from my manager Andrew telling me that I was next, I pretty much lost my mind and screamed for a good 30 minutes.

What can we expect next from you? Are you working on a new album? Another tour next year?

SS: I am always working, writing, and recording and I wouldn’t have it any other way. I feel so fortunate to be able to do what I do and am looking forward to showing all that work very soon! 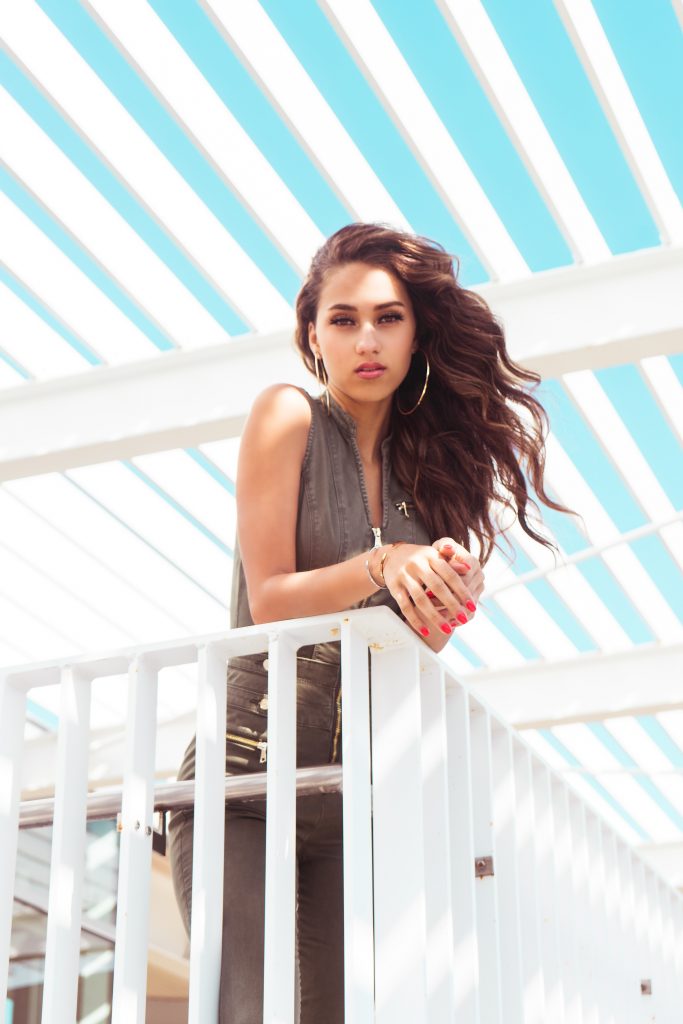