Ryan Cabrera Talks “House of Fire” and His Long-Time Fans 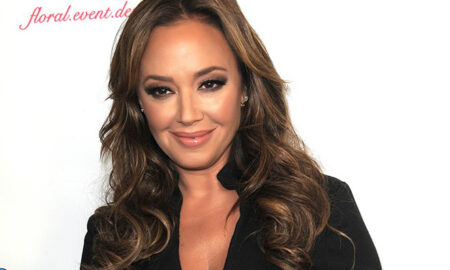 Eleven years after the release of his debut album, “Take it All Away,” Ryan Cabrera is back on the Billboard charts with his single, “House on Fire.” However, this time around, he’s on the Dance Club charts, currently at the #6 spot! While some fans may speculate and assume that he has ditched his pop sound for current musical trends, Cabrera has merely matured as a musician and is influenced by more genres than ever before, therefore infusing his sound with elements of folk and dance genres.

Find out more about Ryan Cabrera below as we ask him about “House On Fire,” his new EP, “Wake Up Beautiful,” and his fans who have been there since day one.

Your sound has evolved to include influences of piano rock, folk, and dance. What artists or events in your life have influenced your decision to create your new sound?

I think experiences in life, in general, bring a great aspect to songwriting. As a writer, I have so much more to talk about and wiser views. You really establish who you are and what you’re about. I have also acquired so many more styles of music that I appreciate now that I didn’t before. My record collection is much vaster than it used to be. Haha!

You worked with Justin Grey to produce your new EP, “Wake Up Beautiful.” What did he bring to the album that made the EP come to be what it is now?

Well, me and Justin played all the instruments on the album ourselves so his fingers did a lot of talking! He really pushes and pushes to bring the best out of you. We had so much fun making this album and I think you can really tell that in the performances of these songs! I always told him, the song isn’t finished till it makes me wanna party! Haha! And he did just that.

Your first single off “Wake Up Beautiful” is “House on Fire.” What was the inspiration for the song as well as the video? What has been the fan reaction to the song thus far?

It’s a song about living your life to the fullest no matter what your vibe is. It’s about fully embracing who you are and truly being happy with yourself enough to live like you’re setting the night on fire.finding people who bring out the best in you and taking on the world together!! I think the video captures a boy who was stuck in a certain world without ever letting go and jumping outside the box of life…and then finally says f**k it, and sets out on an adventure, not knowing what was going to happen, then finds liberation in the unknown. It shot like a mini movie which I thought was cool! Fans go crazy at the concert for “House on Fire!” It’s such a great feeling to see people let go of inhibitions and dance with us!

You’ve been a notable name in the industry for over a decade. How have you seen your fans change or evolve since you released your first single, “On the Way Down?”

It’s crazy to watch people grow up along this journey! Such a blessing to recognize people in crowds that I’ve seen since they were tadpoles. The crowds now, I think, appreciate the music more. Coming up in the pop world, it was always hard to tell if they were there just to see you or actually hear the music. Now I think it’s the perfect combination of both.