Rollin’ in the Deep – Adele’s Fashion Evolution over the Years 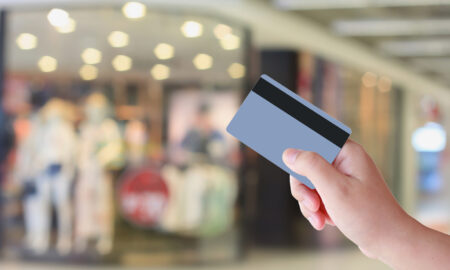 What are the Most Popular Purchases Made on Black Friday? 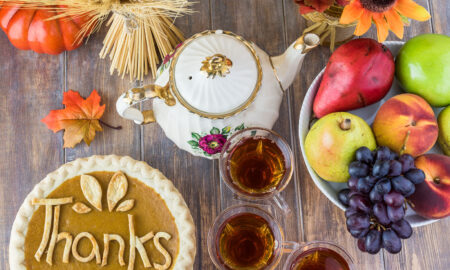 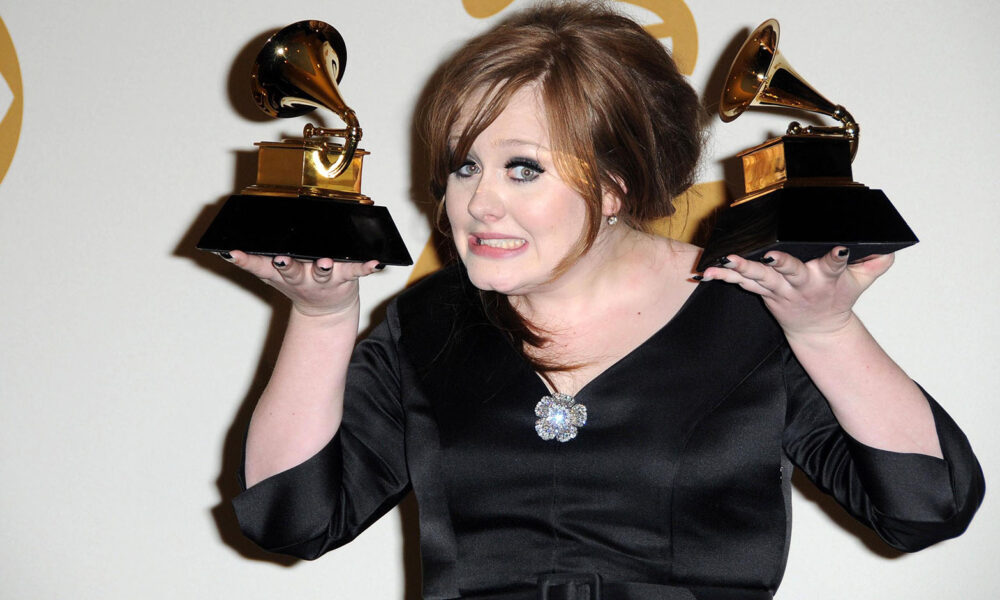 Talented and beautiful, multi-awarded singer Adele has truly grown over the years. From her humble beginnings in 2006, Adele Laurie Blue Adkins is someone who has yet to reach the top of her game.

With over 120 million records in sales, she is currently one of the world’s best-selling musical artists. One could spend hours just stating everything that she has accomplished not just as a musician, but as a philanthropist and an idol to several younger musicians from all over the world.

For today, we are going to take a look at Adele’s fashion evolution. While she is currently one of the best musicians in the world, her sense of fashion is also worth noticing. Whether it’s attending a simple fashion show or musical event or a major awards night, Adele is always the fashion trendsetter with her love for glorious regal dresses.

2008 was the year where Adele first gained the attention of musicians all over the world. This was also the year where the fashion industry noticed her unique sense of style. Adele is seen wearing a black dress with a black blazer while wearing a pair of smoky eyeliners during the 2008 Brit Awards in London.

Later in September of 2008, Adele is next seen wearing a black cardigan with hot pink trims during an event. With her hair fashioned with blunt bangs and pin-straight locks, the English singer-songwriter’s love for black clothing will be the basis of her unique sense of fashion for the years to come.

2009 – The first Grammy appearance and the VH1 Divas Show

During her first Grammy appearance in 2009, Adele still stuck to her usual beauty vibe with smokey eyes, a side pony, and a pink lip. However, when she walked down the red carpet, she is still wearing a black satin dress but topped with a green jacket.

She also sported a unique fashion look on the VH1 Divas Show with a tea-length black gown, a black belt, and black pumps. The girl really loves her black-themed fashion outfits!

Adele went for the full Hollywood glam during the 2011 Brit Awards. She’s still sporting her favorite all-black theme while wearing a glamorous dress with sparkly sheer overlay paired with black pumps and diamond earrings for accessories. During the 2011 MTV Video Music Awards, she surprised people with her black dress with a printed bib while sporting a 1960’s inspired bouffant and her classic smokey eyes and mile-long lashes to complete the retro look.

Ever wondered how Adele would look like with blond hair? Well, you had your chance in 2012 and if you’ve missed it, then just search for her pictures during the Grammy’s Awards within the same year. Adele is rocking blonde hair together with a black Giorgio Armani floor-length gown with three-quarter-length sleeves.

Apart from the gorgeous dress made by the Italian super brand, she also sported Louboutin pumps with matching silver nails and a cherry-red lip.

2013 is special for Adele since this is the year where she decided to do some wardrobe experiments. Not wearing her usual all-black dresses, Adele decided to go red and hot with a red-hot Valentino Couture floral dress during the 2013 Grammy Awards. To complete the look, the singer-songwriter also went for matching floral pumps.

It was also in 2013 where Adele would be invited to the 2013 Oscars Awards Night to perform “Skyfall”, her signature soundtrack single for the James Bond movie of the same name. She walked through the red carpet event wearing a black dress designed by Jenny Packham. During her performance, she changed into a shorter gown with a pair of glittery Louboutin pumps.

During her world tour in 2016, Adele decided to mix it up a bit by trying multiple fashion trends.

During a visit to the 2016 Grammy Awards, Adele is wearing a black shimmery Givenchy gown. Then, during the 2016 Brit Awards, the singer decided to mix it up a bit by wearing a crimson Giambattista Valli gown. This gown is certainly turning heads during the event because of its bold neckline, ruffles, and flowy sleeves.

And in her latest music video for “Send My Love (To Your New Lover)”, Adele is seen wearing a Dolce & Gabbana exclusive dress. Her ethereal outfit looked perfect as she danced to the sound of her own voice and music during the debut of the music video at the Billboard Music Awards.

Whatever fashion style Adele chooses, she’d still look good in it. Her overpowering charisma plus the strength of her singing career really matches up to her bold fashion expression. We are truly inspired to watch out for her next musical and fashion expose! 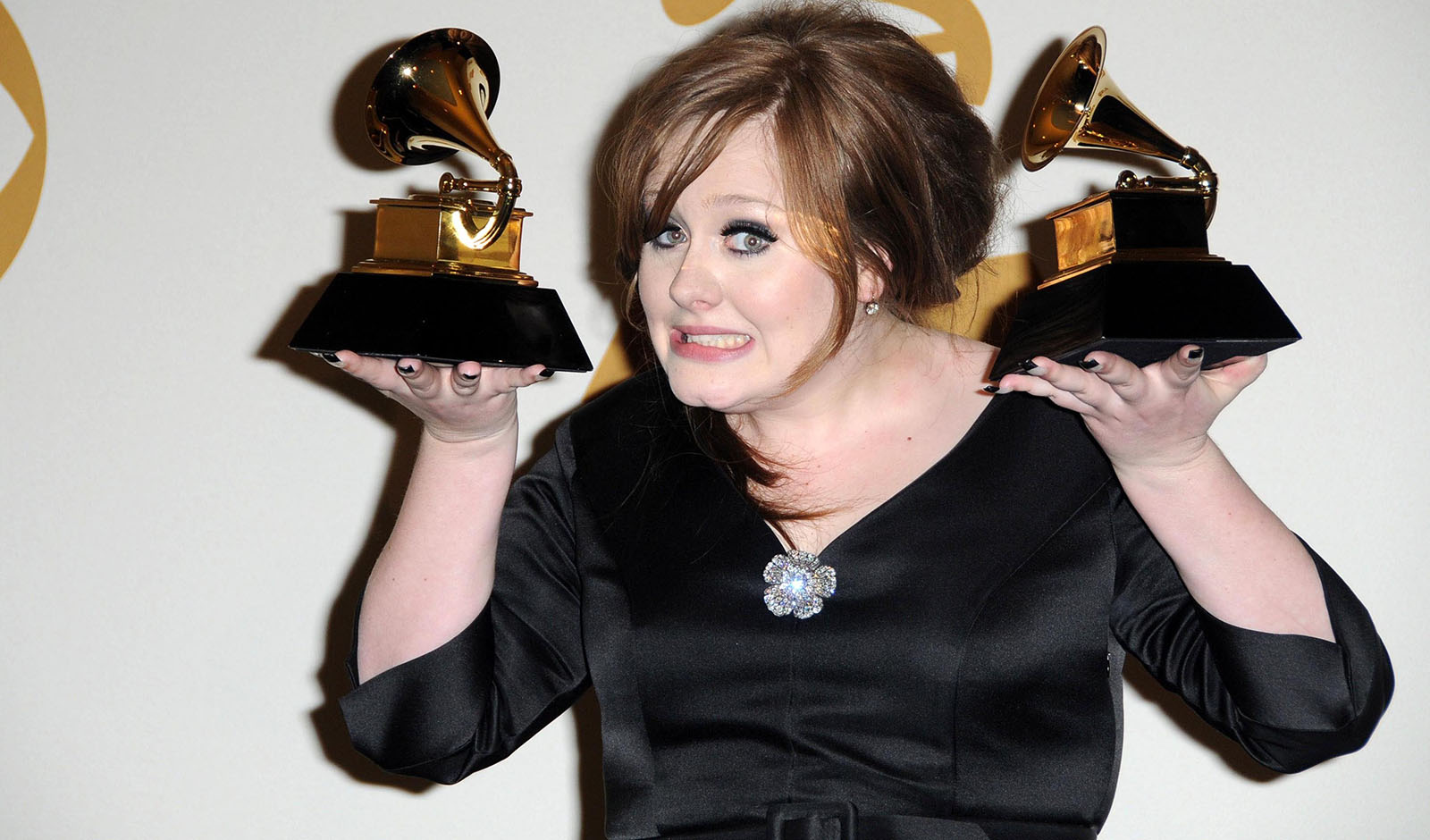