Rihanna Calls for End to Gun Violence After Cousin’s Death

Rihanna called for an end to gun violence on Tuesday as she paid tribute to her cousin, who was reportedly shot multiple times after Christmas in her homeland of Barbados, merely hours after the two were together for the holidays.

In a moving Instagram post, the singer remembered how she had just spent time with her cousin right before he was shot and killed. “Can’t believe it was just last night that I held you in my arms!” she captioned the image. “Never thought that would be the last time I felt the warmth in your body!!!”

RIP cousin… can't believe it was just last night that I held you in my arms! never thought that would be the last time I felt the warmth in your body!!! Love you always man! 😢🙏🏿❤ #endgunviolence

Rihanna ended her Instagram tribute with the hashtag #endgunviolence. The star did not name her relative, but she tagged the Instagram account with the username merka-95 in one of the pics.

The singer published a video of her cousin walking down the street with members of his family, along with the caption,”It’s nice to wake up”
Be grateful for life man”, the hashtag
#RIPTavon alluding to his name and his username merka_95.

According to local reports from Nation News, a news publication in the Caribbean nation, the man was identified as 21-year-old Tavon Kaiseen Alleyne. Alleyne was walking near his residence in Lake Close, Eden Lodge, St. Michael, right around 7 p.m. when he was approached by a man who shot him multiple times before fleeing the scene of the crime. Alleyne was rushed to a nearby hospital and later pronounced dead. Police in Barbados have launched an investigation and are urging anyone with information on the incident to get in touch with them.

Back in February, Alleyne posted a heartfelt message to his “favorite cousin” Rihanna in honor of her birthday. “Every day we are happy to have you in our lives,” he wrote in the caption. “Happy Birthday cousin, we really love you. Your presence in my life is a source of joy and happiness. To my favorite cousin, may all your dreams and wishes come true. #LoveYouLoads #wishyoumanymoretocome.”

So far, there have been several gun-related incidents on the Caribbean island this year. Back in April, Barbados’ attorney general and minister of home affairs Adriel Brathwaite assured citizens during a press conference that the security forces were working to effectively combat the issue of gun violence. 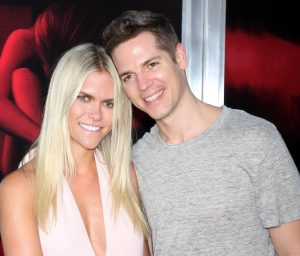