Old Hollywood Glamour Shines at the ‘A Week in London’ Premiere

Interview with Pascal Payant, Director of ‘On the Horizon’

Old Hollywood glamour was seen at the premiere of A Week in London! This light-hearted comedy was viewed at the Cinerama Dome in Hollywood, CA by an eager audience of over 1000 fans!

Our very own Candace Kita has a lead role in this film opposite Julia Faye West, Denise Richards, and Mike Tyson, among others. We followed Candace as she went to this illustrious affair!

Candace left Hollywood Center Studios that evening and arrived to the Cinerama Dome wearing a daring see-through gown by Moda Glam Boutique. The press described this gown as “stopping traffic on Sunset Blvd. when Candace Kita entered the theater”! This sequined, full length gown was accessorized by a black velvet choker with a jeweled cross by Glamarella Jewelry and rings by stylist Holley Wolfe. Candace brought a vintage handbag from London that had been her mother’s purchased in the 1960s. Makeup and hair were done by Melissa Riso who chose sheer, dewy makeup with nude lips, pink cheeks, and taupe eye shadow to compliment the look.

Candace’s partner, Doug Jeffery, owner and CEO of 41 Sets, also looked dapper in a Hugo Boss midnight blue jacket and black pants. He accessorized this look with horn-rimmed glasses and a Rolex watch.

The autograph hounds were there to greet her car, but many didn’t recognize Candace; in the film she plays a 450lb. woman, Dong Su. Dong Su was created by a team of talented special effects and makeup artists. The makeup and prosthetics took over five hours to achieve and the process of creating Dong Su began weeks before principle filming started.

A Week in London follows an heiress, London Logo (played by Julia Faye West) and her quest to show the world she isn’t just another pretentious celebutante. Her rival is Dong Su. Only now, Dong Su has become slender after winning a weight loss reality show. She has been transformed into Kristy Kim, the new “It” girl and London Logo’s biggest rival. Watch as the fur flies and the claws come out in this comedy that has been compared to Airplane, Spinal Tap, and Best in Show!

A Week in London is coming to a theater near you soon! 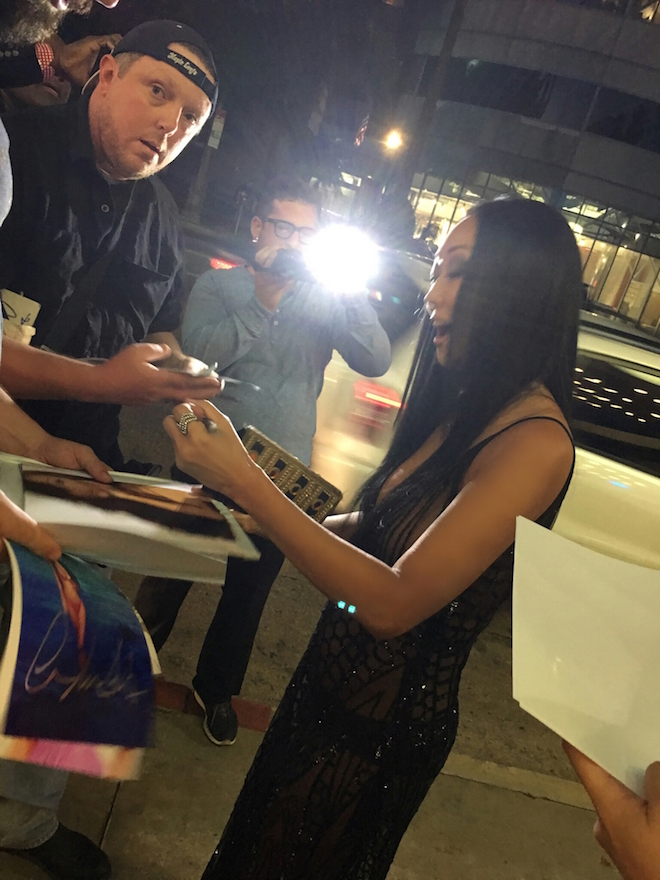 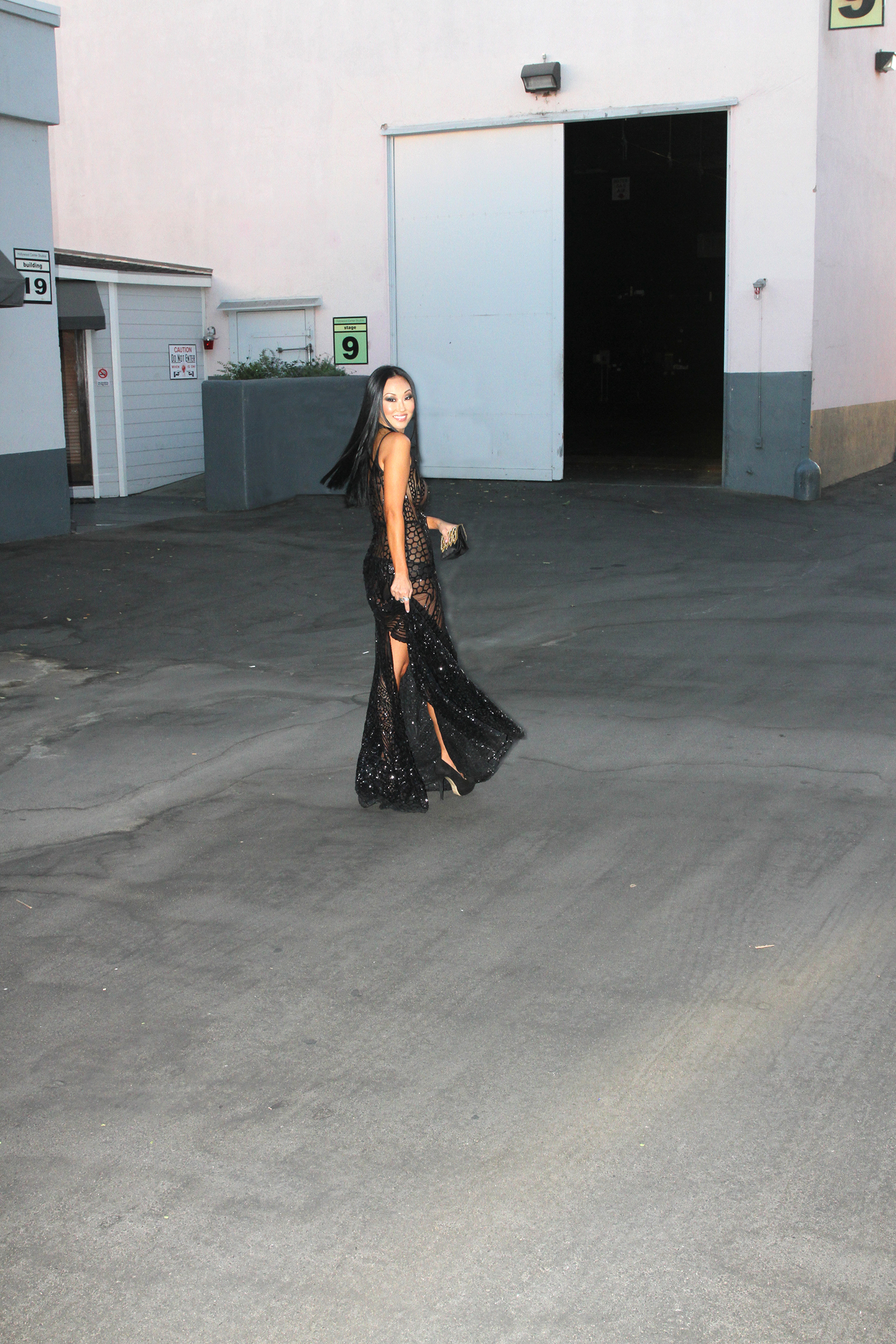