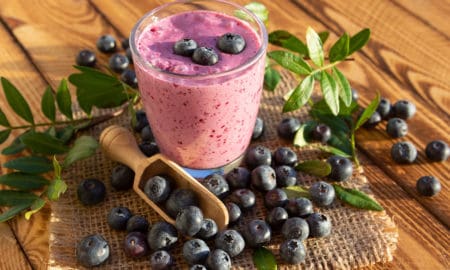 The finale of “Dancing with the Stars” airs tonight and we couldn’t be more excited. Some of our favorite musicians such as Andy Grammer, Carlos PenaVega of Big Time Rush, and of course, Backstreet Boys’s Nick Carter participated and excelled this season. While Carlos and Nick are no strangers to rhythm, both of them have only ever performed as a dancer within a group. This was a big moment for them to step out on their own, an insecurity Nick acknowledged at the top of the show. After watching him for the last dozen weeks, he’s no doubt gotten over it and will go back to performing on his tours a stronger dancer than ever.

The day after the “DWTS” finale, Nick Carter will release his third solo album titled “All American”. In 2016, he will be starring in a film on Syfy, touring with his solo record, going back in the studio with the Backstreet Boys, and most importantly, welcoming his first son with his wife Lauren Kitt. With all of this packed into his schedule, Nick managed to talk to us in between rehearsals to tell us all about his upcoming projects, how he’s staying healthy with Fitness Kitchen LA, and how “DWTS” has changed his life. Make sure to tune in for the two-part finale of “DWTS” starting tonight and buy his new album “All American” coming out this Wednesday!

You’re using Fitness Kitchen LA as your meal plan to help you through “Dancing with the Stars”. What is it about this meal plan that you like better than any plan you’ve tried
before?

I really love that they can cater to my needs, so I can pick from a great menu that I really love. In particularly, I was doing a Paleo Diet so they are really able to have food that is perfect for [me]. If I need to have more carbs for the amount of dancing that I’ve been doing, they give me that. I love the fact that they base it off your calorie needs.

Past contestants of “DWTS” have said that it’s a life-changing experience. How has it changed your life?

Like athletes, we’re training all week long and it just takes a lot out of you. You have to have a lot of inner strength. If you don’t have it, it forces you to be that way. I’m driven naturally, but in this competition, it’s just a little more intense. It’s taught me even more about what I can handle as a human being.

You release your third solo album on November 25th, titled “All American”. What kind of lyrical content and musical content can we expect?

One thing my fans know about me is that I do what I like to do. I don’t try to cater to the public. To be a Nick Carter fan, so to speak, a lot of them talk about how you never know what to expect musically. I grew up loving pop rock music and that’s kinda what I’ve done on this album. This album, it’s called “All American”, but I almost subtitled it “Stories from my Life” as every song is a story [about] something that’s happened in my life or what I’ve wished would have happened. It’s like a pop rock musical. If ever in the future, these songs are so descriptive [that] this can be taken and turned into a musical. But it’s a pop rock feel. I was able to have some of my friends come on the album. The cool thing is that I played the album for Avril [Lavigne] and Chad [Kroeger]. They were cranking it up in their car saying “Oh my God, this is amazing!” They just really loved it, because that’s what I like to do. When I perform on stage, I can do it all: guitar, dance, sing, but I’m a little edgier and kinda unpredictable.