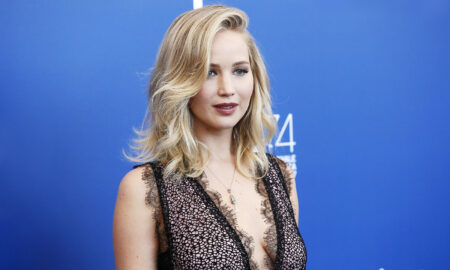 Who is the Leading Movie Star of Our Generation?
Prev1 of 2Next

This Friday. November 20th, one of this season’s most buzzed about series, Marvel’s “Jessica Jones”, is joining the Netflix roster. This is the second female-driven superhero series to premiere this year and we couldn’t be more excited about it.

Surrounded by a stellar cast including Krysten Ritter, David Tennant, and Carrie-Anne Moss, up-and-coming actress Susie Abromeit joins them as Pam, the secretary to Moss’s character.

Besides being an actress, Abromeit was a nationally-ranked tennis player by the age of 16, which led her to a full tennis scholarship to Duke. But soon after starting school, she began to pursue her creative interests. Abromeit pursued her acting dream with the same intensity which is why her career is in this position now.

Before the show premieres, find out what Abromeit says about her character Pam, why she calls Carrie-Anne Moss “Mother Earth”, and how she learned not to apologize for her femininity.

“Jessica Jones” is the first female-driven Marvel series. Do you think it’s going to be different in any way for that reason? Do you think viewers might expect it to be?

From what I’ve heard, I think the tone is a bit darker. It’s a bit edgier. I think there’s violence. I just heard from one of the cast members and she was floored with how amazing it was. When you hear that from your co-star, you know this is an honest-to-God truth. It was such an awesome thing to dive into, dealing with a lot of stuff.

You play the character of Pam, the secretary to Carrie-Anne Moss’s character. Tell me more about Pam. What can we expect from her in terms of her personality, morals, and her passions?

What I can say is I feel I rooted for Pam. I, like all of us, like every human, we all have flaws and our obstacles and challenges to face. For the most part, she really wants to do the right thing. She was really interesting to play. She’s a sensual, dynamic, intelligent young woman. Some of the material I had to face, the nature of the content of what I’m told, is really gripping and it’s really intense.

You are surrounded by an amazing cast. I saw your Instagram post where you called Carrie-Anne “Mother Earth”. How has it been on set? Has anyone in particular inspired you or surprised you with their talent, performance, or personalities?

[Carrie-Anne] is amazing. If I could go on about how amazing Mother Earth is, she’s the best! She’s one of the best humans I’ve worked with, just in terms of who she is, how she lives her life, she is the kind of person anyone will want to emulate. She has a beautiful marriage with wonderful kids. I [admire] how she speaks to her kids, or on set with how she deals with her character. She’s just so on point with every aspect of her life. It’s not just ‘I’m an actor and I can do one thing and that’s it.’ She is a full, incredibly intelligent and multi-faceted human being.

[Also] David Tennant…we were at the table read and just watching him and Kyrsten [Ritter] go back and forth; it was electric. David is just a force to be reckoned with.

Fifteen years ago, “Alias” debuted on TV. Do you think now we’re finally ready for another female-driven Marvel series?

Absolutely! “Orange is the New Black” is a huge sensation that is female-driven. I think we’re in new territory where we’re exploring all different themes and I think we want more authenticity. We want to be able to experience the truth that people really talk about or deal with. All of the amazing shows they have on Netflix, they’re really going there. But I think we’re in a really beautiful place in terms of female-driven superhero shows.

“Supergirl” is getting rave reviews. We’re in a new world right now, more of an even playing field, [with] more and more opportunities.