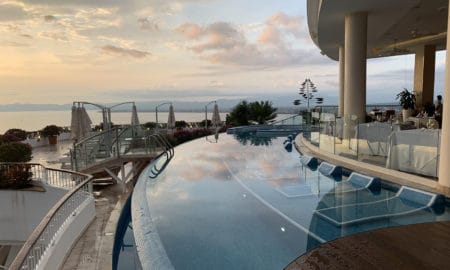 Where to Stay in Puerto Vallarta 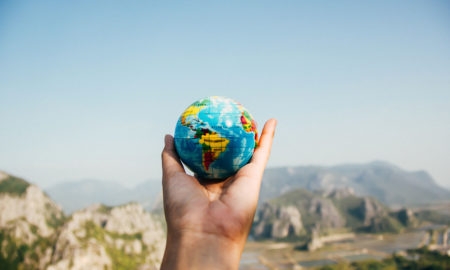 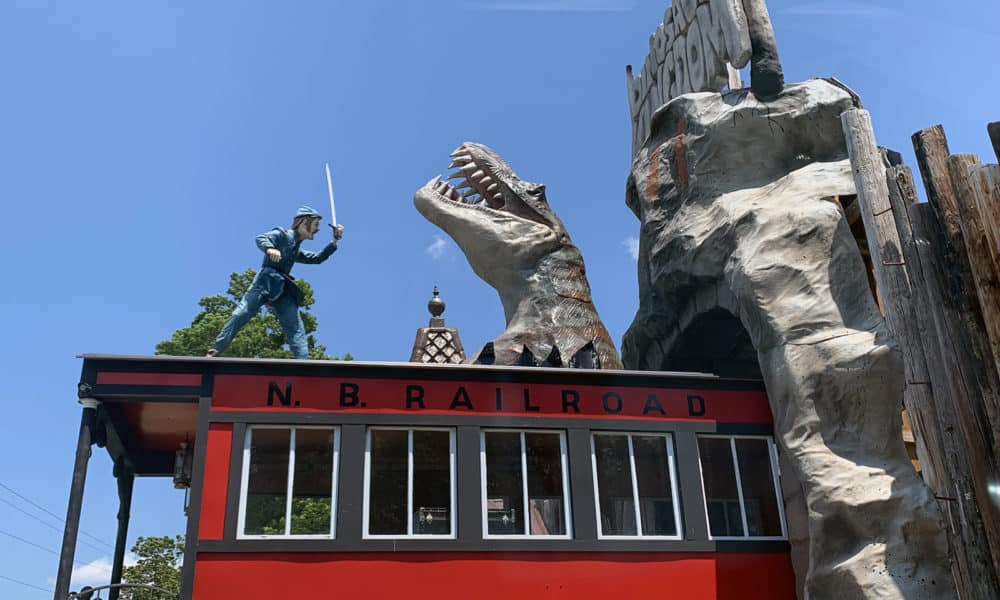 Dinosaur Kingdom II is not your normal road-side attraction. Inspired by the innovative mind of artist Mark Cline, this fun, immersive experience is much more than just something to look at. The park announces, “Them wacky Yankees is at it again. Tryin’ to use living dinosaurs as weapons of mass destruction against the South. But ole Dixie has more than a few tricks still left up her sleeve.”

Mark Cline is a national-known artist, attraction designer, and theme-park designer. Cline is probably most well-known for his piece “Foamhenge”, a full-scale styrofoam replica of Stonehenge, as well as his other foam and fiberglass figures and fantasy characters. If you haven’t heard of him, know that many of the fiberglass pieces from the mini gold courses you have visited are probably works of his. We were lucky enough to sit down with Mark in Natural Bridge, VA before touring Dinosaur Kingdom II with him and following him around for the day to see his work and get a small peak into a day in his life.

He has been called the “P. T. Barnum of the Blue Ridge”, and I think no truer statement has been said. Cline is definitely a showman, and his park includes everything from interactive videos to mechanics to enlarged strips from his comic to many hidden details. There’s always something where you least expect it, and you may just find yourself surrounded by countless dinosaurs at any time in the park.

Cline is such a unique artist, as he is very hands on with every part of Dinosaur Kingdom II- from conception to creation to animatronics. He’s had a hand in it all, and he really doesn’t fail to impress.

We first met up with Mark at his workshop, which he has donned “Enchanted Castle Studios.” This is where the magic happens. There are boards with design sketches pinned across them, work areas where pieces are being built, old pieces hid away in storage, and a sea of damaged pieces across the yard. Cline stood up on one of his molds in the middle of it all and exclaimed, “This is my kingdom! My kingdom of fiberglass!” It was exciting to see how his mind works from starting off the day riding his bike that is set up to kick him in the rear while he’s riding it to seeing his pieces start from start to completion.

Things aren’t always perfect for Mark. Like P. T. Barnum, he’s overcome a lot of adversity and failures. In 2001, his workshop was set ablaze. He received pieces of hate mail that coincided with the fire, leading it to look as if it could have been arson. But he chooses to stay positive and not let the minds of those who don’t understand him keep him down. “People fear what they don’t understand.” Mark told us, “Don’t be discouraged if you do fail. That’s what you learn from. I got a lot of strengths from that.”

From here, we headed down to Dinosaur Kingdom II with excitement. Going through the experience with the artist, himself, was definitely a treat! The experience begins in a town filled with buildings. As you head into them to escape the heat, you’ll find the town overrun by dinosaurs and slimes. Pieces of Mark’s comic book paint the areas to help tell the story of the art you are seeing, and interactive barcodes can be found throughout that you can use your phone to play the matching videos of. So, be sure you have your smartphone ready as you begin heading down the trails through the woods hunting for dinosaurs. It’s really as interactive as it gets.

Mark is a true inspiration, overcoming ignorance and creating a world of his own one after another. He is the finest example of creating the world you want to live in, and we were thrilled to visit Dinosaur Kingdom II with him.

If you find yourself in the Natural Bridge, VA area and want to visit Dinosaur Kingdom II or see Mark’s other work, head to https://www.dinosaurkingdomii.com/ for details! 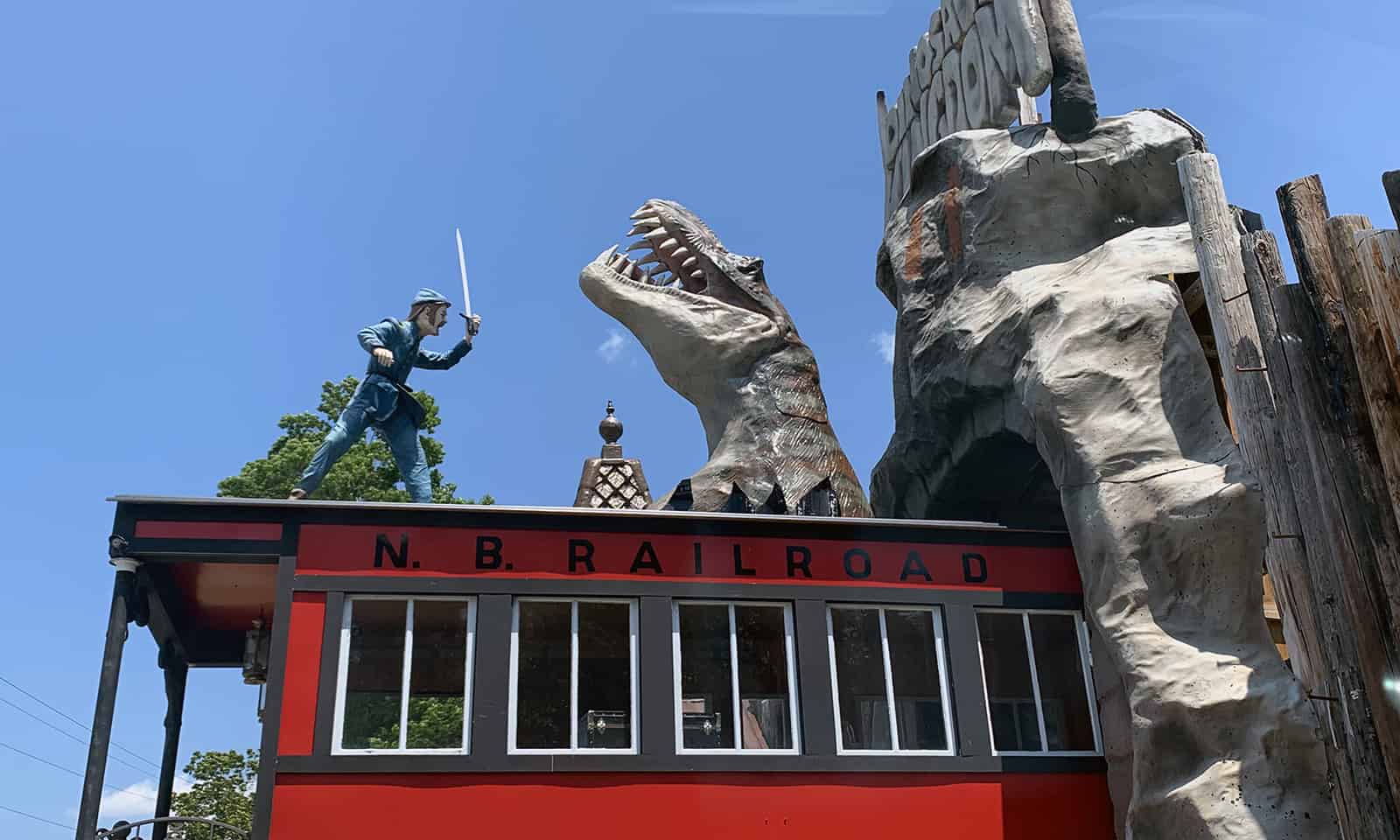