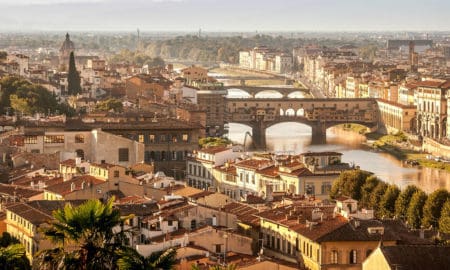 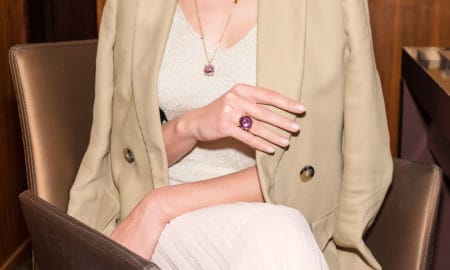 Are you a Coachella virgin or veteran? Either way, this will be some new interesting information for you; in 1999, Paul Tollett and Rick Van Santen inaugurated the Coachella Valley Music and Arts Festival in remote Indio, California and was hosted exclusively at The Empire Polo Club. This extravaganza has grown into one of the world’s largest and most popular music festivals of the century, bringing together diverse groups from all walks of life. Coachella now attracts hundreds of thousands of fans each year and in 2017, 25,000 more people joined this eclectic frenzy than in 2016. The event nearly went bankrupt the first year, but due to its popularity, Tollett offered a second weekend with the same lineup. In 2016 Coachella grossed approximately $94.2 million, and sold 198,000 tickets, so just image the size of the turnout in the decade ahead.

As spring approaches people from all around the globe come to Coachella to celebrate the marriage of music and fashion.
The first weekend kicked off over Easter holiday on April 14th-16th and round two began the following weekend April 21st-23rd. Both events were epic weekends of beat, pool parties galore, thousands of photos, endless amounts of booze and shhhhhh the psychedelic drugs, which is a throwback to the 1960’s and 1970’s (AKA Woodstock). Believe me, everything and anything was going down in the desert even though Coachella has a strict “No Drug Policy”. Come on peeps, let’s keep it real, it’s always been called a drug festival with music in the background. But who says you need all those drugs anyways, Coachella is a trip itself and the experience alone is enough to get those happy endorphins flowing like a river.

If you are a Coachella virgin here’s some deets to know for your next trip to the desert. General admission tickets usually go on sale around January 4th, with prices starting at $399.00, or if you are VIP (always my cup of tea) the cost per ticket starts around $899.00. BTW, Coachella sold out in less than 3 hours for both weekends this year. In fact, on late Friday afternoon, a few of my east coast friends rolled into LA and requested that I make a call to one of my ticket brokers and see if ticket prices had dropped.wow, were they surprised to find that general admission ticket prices had jumped to $700.00-$800.00, leaving my friends high and dry; they made the not so uncommon mistake of believing ticket prices would drop at the last minute. Sorry to say, but my friend’s New Yorker/street smarts didn’t work out as planned. This is the west coast and we love our music and fashion venues and we show up for these funfests! Hold on now, we are just getting started with options galore for you to think about for next year. If you don’t like long walks to the venue from one of those off in the distance parking lot, then I suggest you definitely upgrade to a VIP parking pass which runs a mere $150.00 for all 3 days.

Accommodations.hold onto your hat! While camping may work for some of you, tent living just doesn’t work for me or my wardrobe. Lush glamping anyone, the safari tent experience started at $7,500.00 plus $1,750.00 for more than one guest. This is where you might want to kiss up to that wealthy uncle or family friend for this oasis experience, unless daddy whips out his American Express Card that can get your head in the tent! I prefer a 4-5-star resort property with air conditioning and pool that only cost a cool $1,000.00 per night. Preferably, you choose an upscale rental home/bungalow that allows you to bring along your entire staff including personal chef, babysitter, and glam team, not to mention a party place for you and your desired guest. Home sweet home in the desert. My favorite way to roll.

I love Coachella and it is a bucket list experience, but make no mistake, you must love a big naughty crowd. Now we have selfies and social media to deal with and I just hope that “Molly” didn’t affect too many people’s judgment on their choice of photos or emoji’s. If you are receiving selfie’s, live music feeds, stories, status updates from your friends at Coachella, then you already know that they can put you in a trance, vortex or a witchcraft spell. It sucks you in and makes you want to be there so bad. It is much better to go to Coachella and experience it yourself instead of through the eyes of all your friends. Everyone is dressed fresh to death and please don’t leave until you have taken that picture-perfect gram pic that will get you to the top trending.

You see the bands, crowds, epic light shows, pool parties, not to mention you could be bumping elbows with your celebrity crush. I would hate to drop names but FYI, Leonardo DiCaprio was mighty alluring even while incognito in a hoodie. My woman crushes were not that bad either, with Kylie and Kendall Jenner, both looking smoking hot while hosting the Bumble event, they brought their badass style for sure!

So, at this point some of you are asking yourself, why was I so lame to miss out on Coachella this year and every year prior? This is why; you couldn’t handle the thought of pulling out those Benjamins stuck away in your personal piggy bank; your friends are trust fund babies or their wealthy parents are bankrolling their trips and you weren’t invited. We are talking LIVING LARGE FOR REAL PEOPLE. Getting better access doesn’t always mean having bigger bucks, it just means having liquid,
disposable cash, whether you’re a 20 something party animals or 30/40’s music lover. Go big or go home, attending this venue isn’t a place for the average music lover poser! I am thinking a conservative price tag for a 3-day weekend in the desert is going to cost a cool $5,000.00 and up to $10,000.00-$15,000.00 for VIP. This is where having that Black Card comes in handy, ching…ching…ching Centurion baby! BTW, Beverly Hills Housewife, Lisa Rinna was blowing up my insta feed with frustration doing errands for the kiddos in between trying to relax at her spa treatments. She was picking up lots of big shopping bags from none other than @guess.
Ahhhh what these celebrity parents do for their kids. You gotta love Lisa’s enthusiasm.

If you were not at Coachella this year and haven’t made plans for next year, I am sure you wanna be, no pun intended. This music festival
is a see and be-seen social event where you express and show off your individuality. Fashion is everything and I literally do mean everything. I rounded up my own personal fashion squad to get me Coachella Ready. My squad included Gayla Lee (@galaleestyle), my personal go-to wardrobe stylist who created some amazing looks for me with crop tops, super distressed denim shorts, floppy hats, oversized sunglasses and maxi skirts. Robert Vega (@makeupbyrobert) did my hair and makeup in a fresh, young minimalist look, which gave my hair free movement, braids and effortless beach waves.

Ok virgins, we Coachella veterans know all of the reasons you want to attend next year; you want to see and be seen, you live to party, you dig the lineup or maybe all the above. A friendly warning, be prepared to experience post-Coachella depression – symptoms include; the inability to return to the real world, followed by occasional dizziness and confusion. Oh, and you can’t wait until next year!!

More in Living Large with Anicia