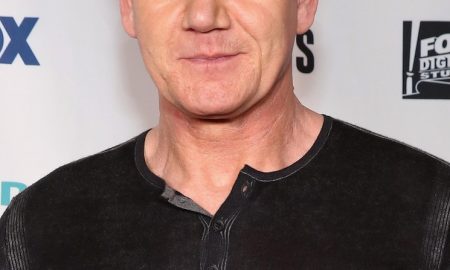 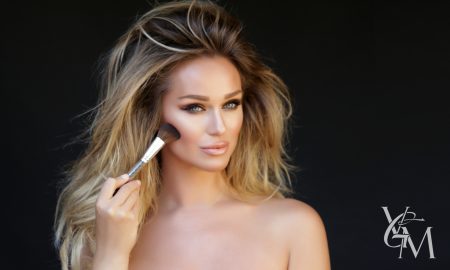 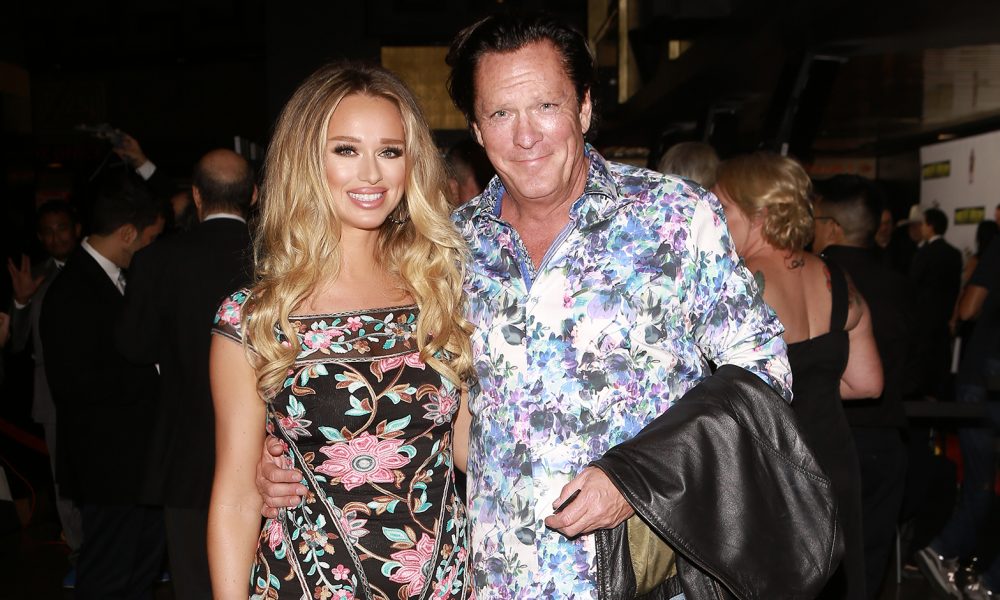 “Unbelievable!!!!!” is a full-length comedy and sci-fi movie featuring a phenomenal cast of actors from the original “Star Trek” series including Tim Russ, Casey Biggs, Garrett Wang, Chase Masterson, and Nichelle Nichols. In addition to the “Star Trek” driven cast are Snoop Dogg, Angelique Fawcette, and Katarina Van Derham, among others. 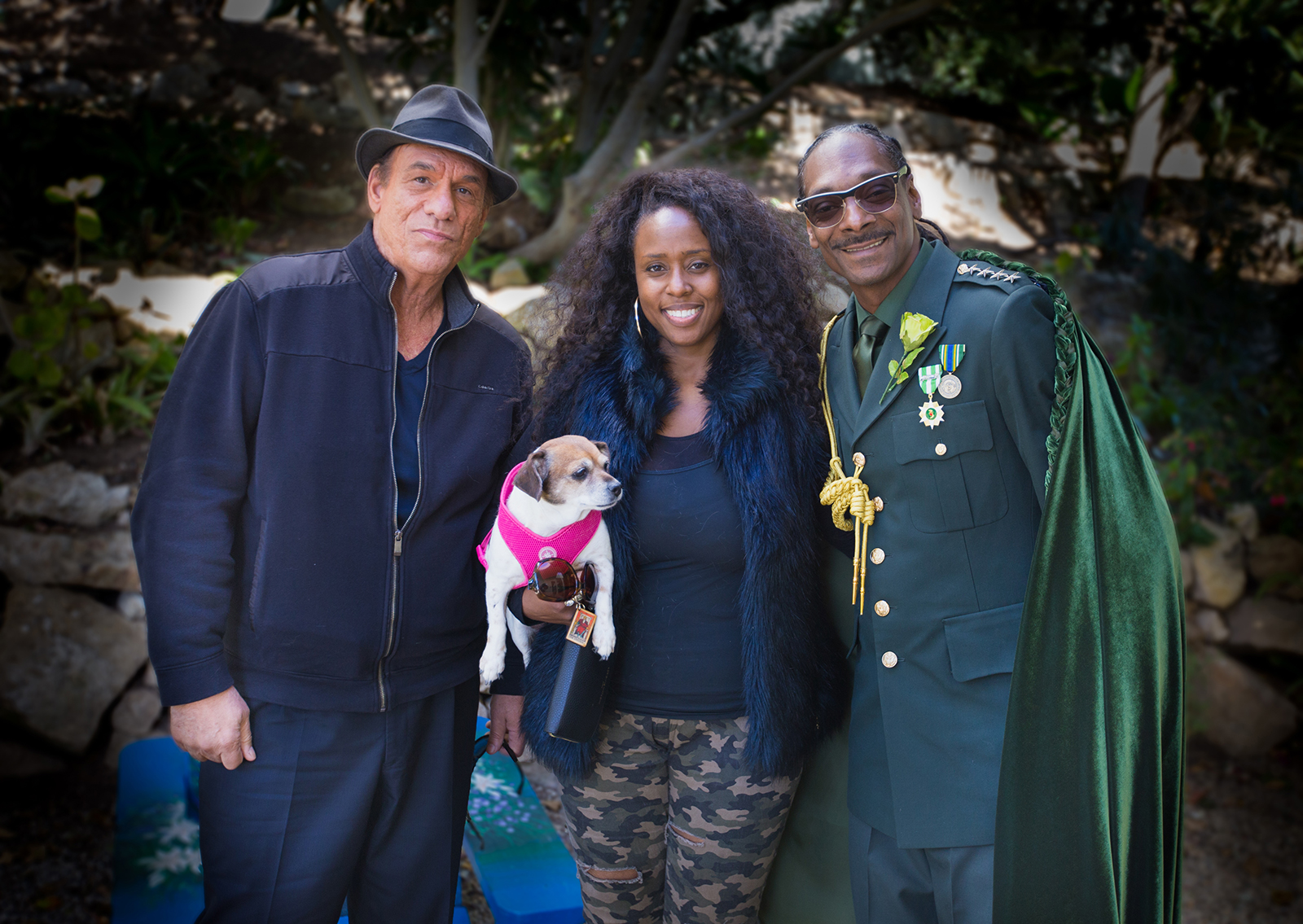 Appropriately featuring a decent amount of space travel, “Unbelievable!!!!!” is the story of four astronauts who travel to the moon to rescue two NASA comrades that they have lost communication with. The comrades they find on the Lunar Base turn out to be deceiving them, and the heroes make it back safely to Earth only to find that the entire planet has been conquered and its inhabitants have been turned into variant life-forms. The alien threat is trying to rid Earth of all remnants of humanity, leaving it up to our team of astronaut heroes to save the day.

We’ve already featured an interview with Angelique Fawcette here on VIVA GLAM. This time, we caught up with Katarina Van Derham, who plays Captain Cheryl Stillwood, to talk about her experiences on “Unbelievable!!!!!”. 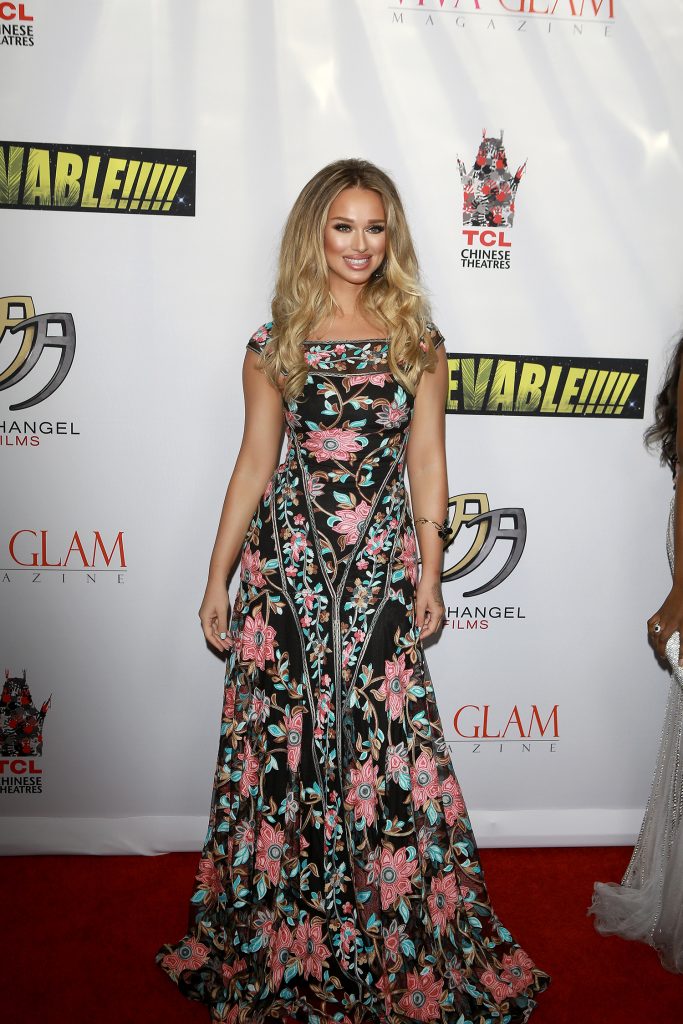 Katarina at the movie premiere of “Unbelievable!!!!!” at the TLC Chinese theatre in Hollywood, CA.

“Unbelievable!!!!!” is a sci-fi parody about 4 astronauts traveling to the moon on a rescue mission to determine the fate of two NASA comrades that have not been responding for several days. You play one of the comrades. Are you able to tell us what happened to your character out there on the moon?

I don’t want to give away too much, but I guess I was too busy flirting with my other lost comrade, and we both transformed into variant life-forms.

You play alongside over 40 original “Star Trek” actors including Tim Russ, Casey Biggs, Garrett Wang, Chase Masterson, and Nichelle Nichols. What was that experience like?

I really enjoyed working with everyone on set because each person was very humble, professional, and easy to get along with. I was one of only a few “new-name” actresses, but it felt as if I’d known these people for a lifetime. 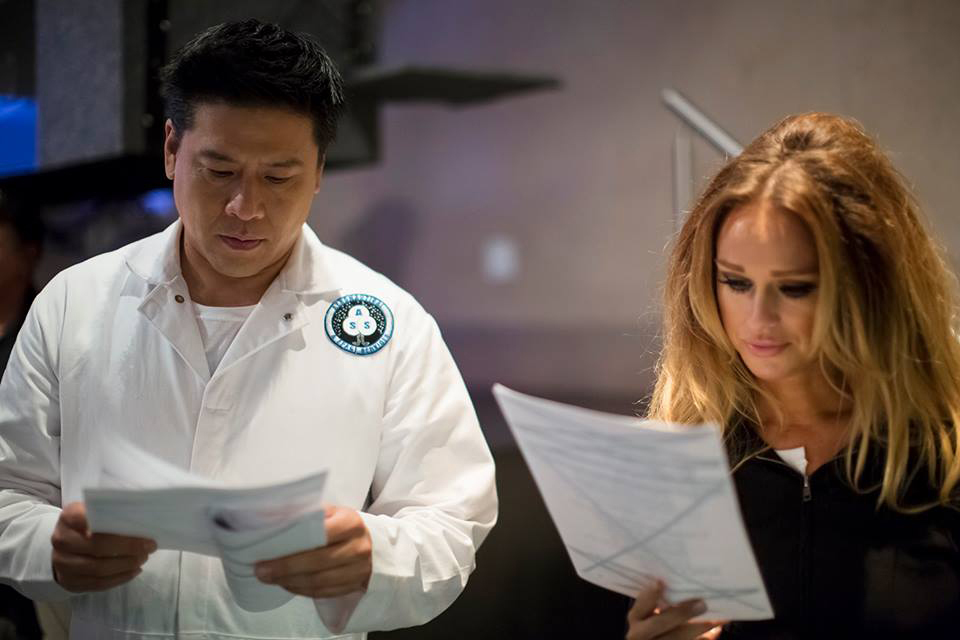 Is this the first big role you’ve gotten in a film?  How did the producers of this project approach you to be in “Unbelievable!!!!!”?  What were they looking for that made them drawn to you, specifically?

Yes, this is my biggest role yet. The producer/writer/director, Steven Fawcette, saw a picture of me in a magazine. Apparently, he knew right away that I was the one he wanted for the role of Cheryl. Cheryl is exotic, voluptuous, and sexy, something that Ursula Andress would have played back in the 1960s. (Even the bikini that I wear throughout the movie was inspired by Ursula’s bikini in the James Bond film “Dr. No”.) Steven went to the casting director of the movie and showed him the picture of me in the magazine. He told him something along the lines of, “Find me this girl. No matter where she is in the world, I want her in this movie.” The casting director knew me, personally, so he reached out to me and asked me to come to the casting. 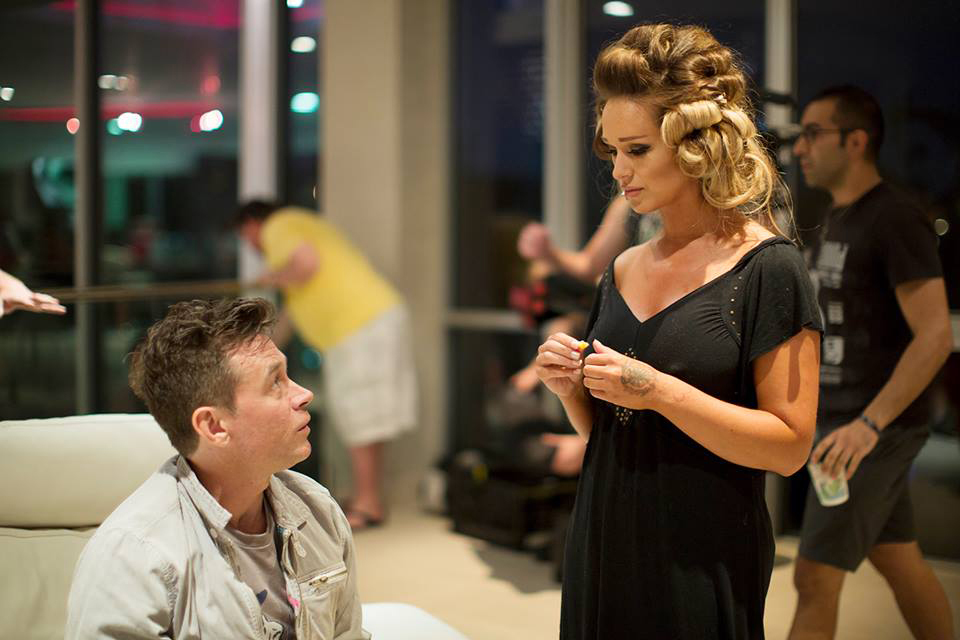 Was it clear that the role was yours?

It didn’t seem like that. When I was asked to come in for the casting, I was actually trying to step away from being in front of the camera. I guess that it is true that when you stop chasing things, they will come to you- just like this opportunity. The casting director only told me that the producer was interested in seeing me; he never told me the story or that it was for sure. So, I memorized the lines and came to the casting, which was the most nerve-wracking experience of my life.

Why was it so nerve-wracking?

I walked into the casting room of about 15 people with very straight faces. In that moment, I got really nervous. The director, Steven, looked at me like he had been waiting for me and said, “We have very high expectations for you,” which put even more pressure on me. As I started walking around in my bikini, I messed up my first line, which added more pressure to my performance, and I had to start over. I left the casting feeling like a failure, and I was so disappointment in myself. I came home, and I literally got sick because my blood sugar dropped way below normal. I was shaking. I was sure that I did not get the part, especially knowing that I was up against Joanna Krupa and the many other known models that I saw on the sign up sheet. I didn’t hear anything from the production for about a year, which confirmed that I didn’t get the part, so I let it go. Then, I got a phone call from the casting director touching base. He asked me if I could come in for a call back. He explained that the movie had been on hold for the last year and that nothing was being done with the cast. Now, they would like to have me in for round 2. I told myself, “No way, Jose.” I wasn’t going to put myself through that again, but the casting director called many times in two weeks, leaving me all kinds of voicemails (to the point where he was singing my name just so I would call him back.) So, I called him back, and he said, “You have this role if you just show up.” I didn’t believe it, but I didn’t want to let him down, so I went to the call back. When I walked into the casting room for the second time, everyone was welcoming me with open arms. They were hoping that I would say yes to the role, because, according to them, I did by far the best job. Isn’t it funny how someone can perceive what you think was your worst as the best? 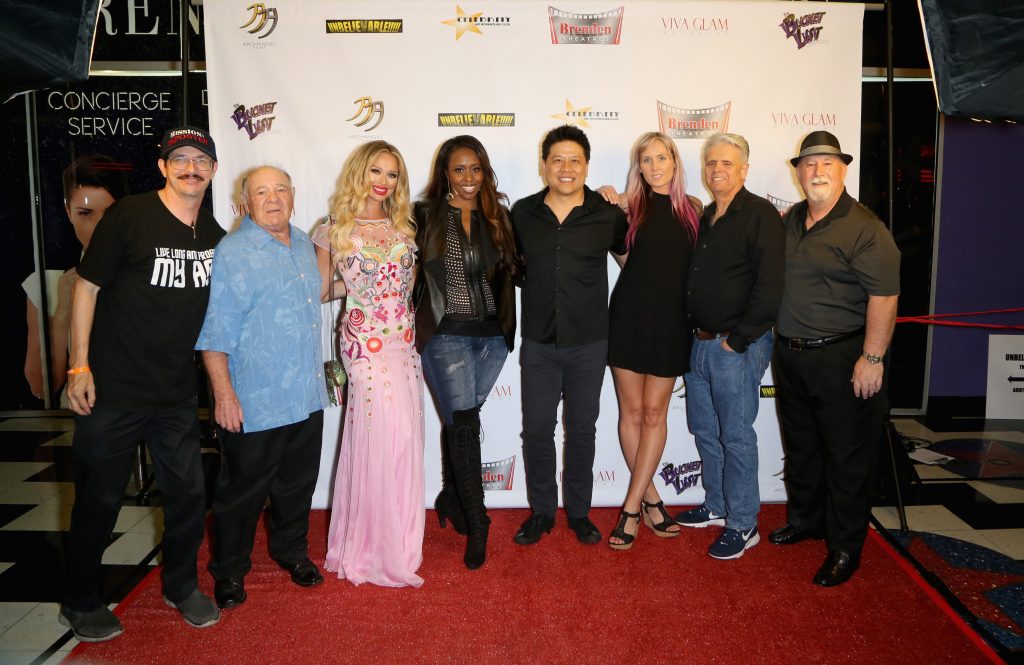 You’re playing a sexy character. Is this the type of role you prefer to play?

I like doing comedy. I did many comedy skits during the two years when I was a national spokes model for St. Pauli Girl beer. So, I don’t mind mixing sexy with comedy, but I’ve always had a hard time playing just sexy, which often leads to cheesy and trashy. I have refused many roles of that type.

How did you find this role challenging?

I found this role challenging because I had to walk around in a bikini while I was in my late 30s. At that age, it isn’t easy walking around in a bikini. The producers did like my body-type because I wasn’t bone skinny, and they wanted someone who was more voluptuous, but, as you know, the camera adds ten pounds. So, knowing that was making me a bit shy and nervous. Other than that, it was an amazing experience because I didn’t mess up my lines, and I wasn’t asked to do any re-takes. In fact, the director said that I was the only actress who didn’t mess up her lines, and hearing that was very rewarding. 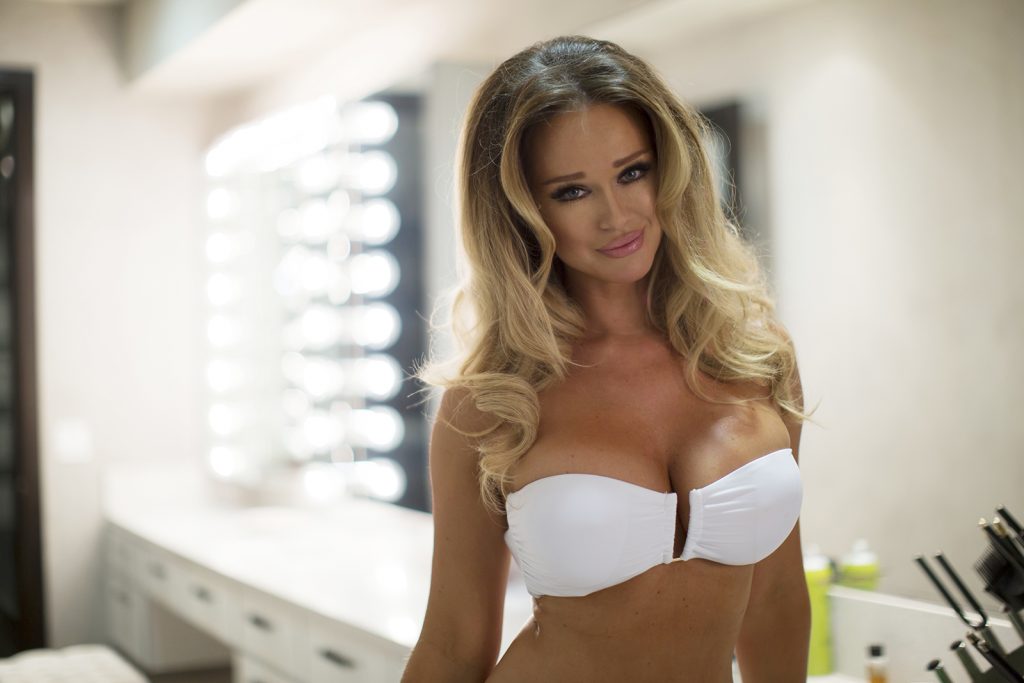 Why do you believe everyone should go and see “Unbelievable!!!!!”?

I think everyone who wants to have a good laugh should go and see unbelievable. It’s one of those silly comedies, such as “Airplane” or “Space Balls”. The love that was put behind this project from every angle is too grand for this movie to not be seen. I think everyone will find something that they like in this movie. 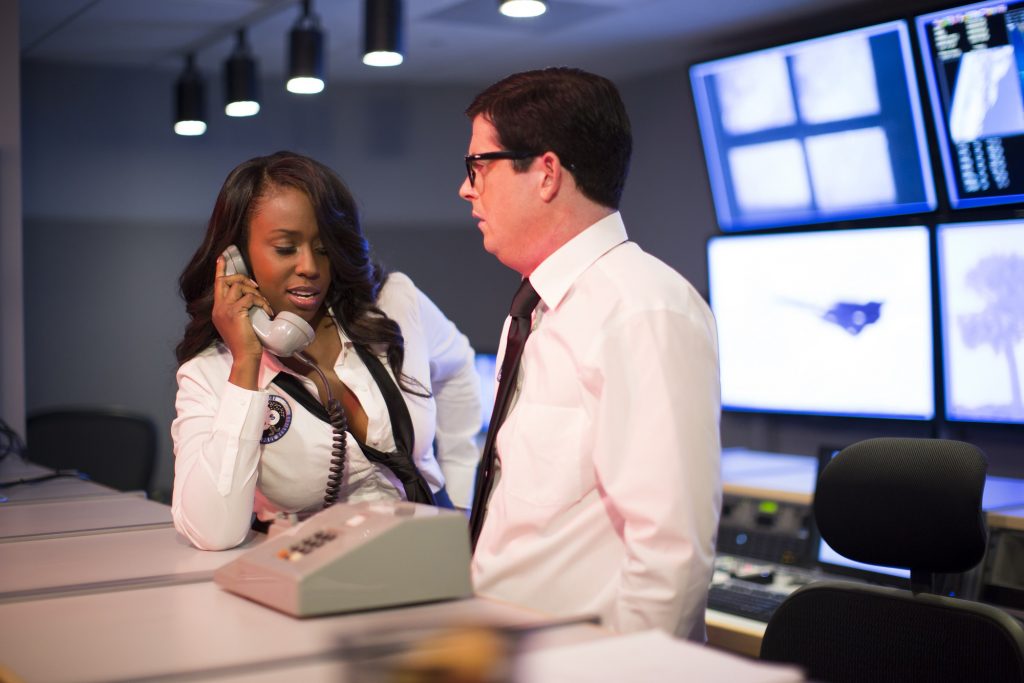 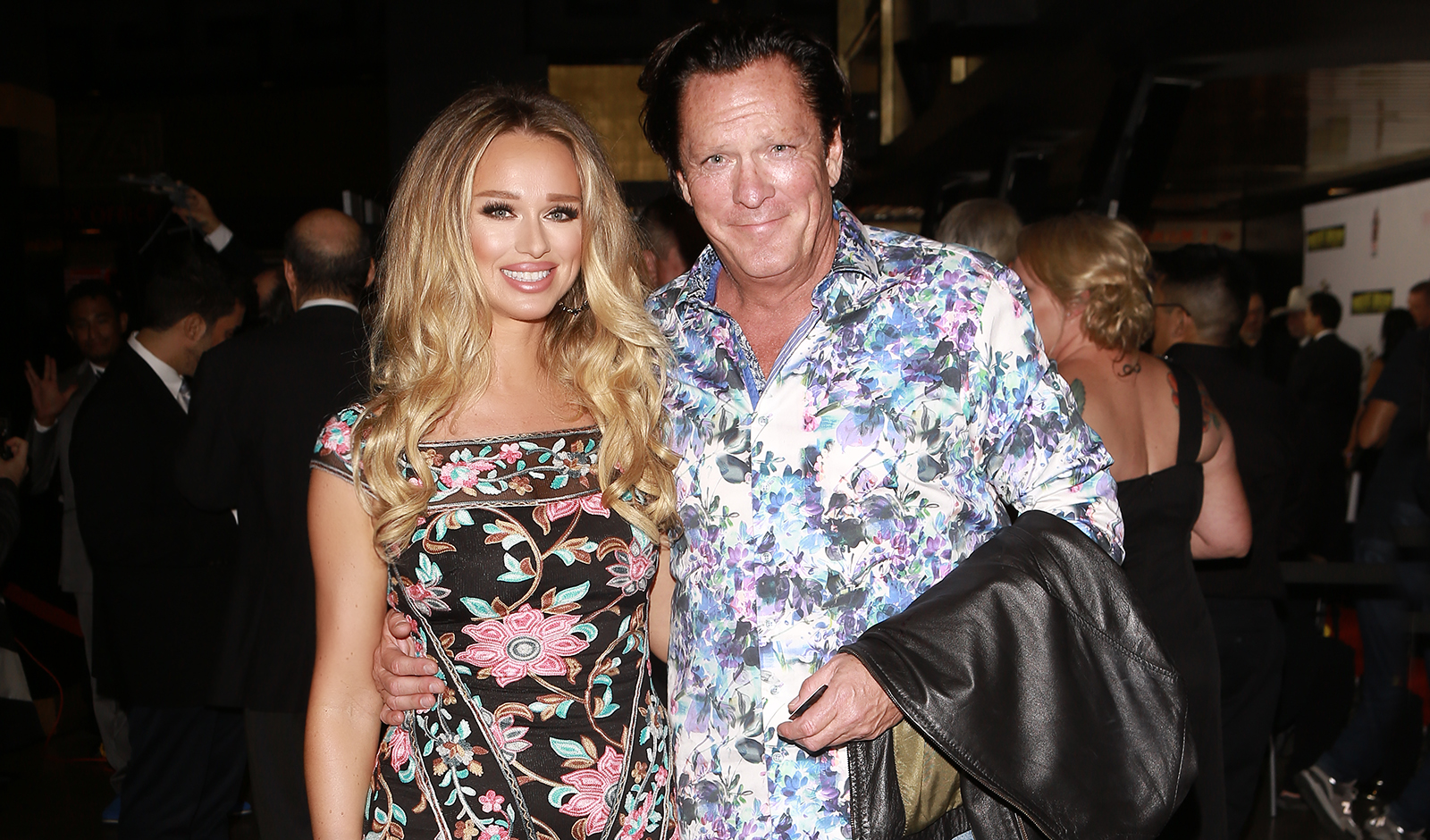