15 Male Celebrities that You Might Not Know Are Vegan 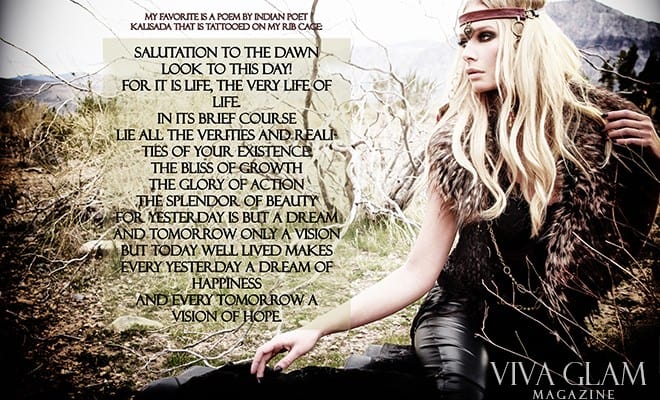 The Rock & Roll Business is Not For Girly Girls

Katarina Benzova started her life journey in Central Europe, Slovakia. Blessed with natural beauty and talent, she knew from an early age she was destined for something bigger in life. At the age of 14, she left for Tokyo where she begun her modeling career. For the next 10 years she modeled all over the world and worked for many lucrative clients.

However, 10 years later, she found herself bored with the fashion industry and decided to explore her other talents. She tried fashion photography and later became DJ Kat B. She spun in some of the hottest clubs in New York, Tokyo and LA but still didn’t feel that was her calling. After she moved to LA things got even worse. Fed up with everything, she returned to her roots in Slovakia.

In the fall of 2010, Katarina went to Vienna to see a Guns’n Roses concert. After taking a few photos with her pocket camera, she posted them on her Facebook page. The photos were so good that members of the band noticed. Katarina got personally invited by the band members to the following show in Prague. After that show she got asked to join the band in Spain for an official try out as their in house photographer.

Today, Katarina Benzova is the most sought after rock photographer in the world, working with bands such as KORN, Motley Crue, KISS, Thin Lizzy, ZZ Top, The Cult, Aerosmith,Buckcherry, The Dead Daisies, and of course Guns’n Roses. Katarina briefly returned to her modeling days exclusively for our Viva Glam photoshoot in Red Rock Canyon, Nevada. 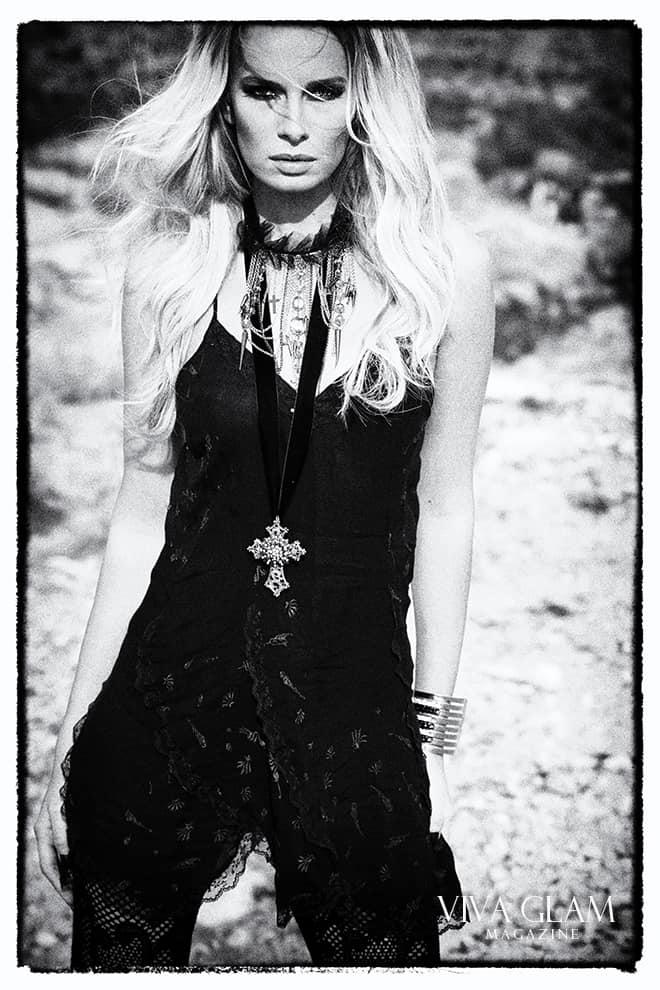 1, You went from being a fashion model in New York to being a house photographer for some of the biggest bands in the world. Did you ever think for a moment you’d become a rock photographer?

It NEVER crossed my mind. But the hand of fate grabbed me by my collar and brought me into this business. It’s what I always wanted to do without knowing it.

2. You grew up in Central Europe, traveled the world and have lived in America. Which parts of the world would you say have inspired you the most?

There is an inspiration behind every corner of every city, country and continent. I can get inspired by huge monuments or a piece of candy, people’s emotions and stories, their scars or smiles, their view of the world. Life itself is the biggest inspiration no matter where in the world you are.

3. Do you think modeling around the world invoked the passion for traveling and arts in you?

My modeling years were important to me and played a big role in my photography career. It toughened me up, gave me access to an entirely different world of people that I never would have been exposed to and it gave me a different view on life. When you are constantly surrounded by creative, crazy people you will most likely become one sooner or later. You are surrounded by outside beauty, but that becomes boring after a while. So you start to dig deeper and search for more. I’m searching for it in the music industry. I want
people to FEEL the music and emotions of the performing artist that is being captured on film.

4. Despite your undeniable beauty you don’t seem like a girly girl. Would you consider yourself a tomboy?

I wouldn’t say tomboy but yeah, pretty close. I’ve always had a lot of male energy in me. That’s why I get along with guys really well and that’s why I can do what I do. This business is not built for girly girls and you have to show your teeth and horns once in a while to gain respect in a male dominated industry. But when I’m not in my working environment, I can get pretty girly. I’m proud to be a woman and I’m not scared to show it.

5. Since modeling wasn’t fulfilling enough, you’ve tried to explore your other talents. Did you at some point feel helpless and thought of giving up or did you know it’s just a matter of time till the right opportunity presents if self?

Both. I felt that what I was doing wasn’t “IT”. It wasn’t what was destined for me, so I was trying to search for it by doing different jobs. The hardest part was when I was sick of doing modeling so I went to LA and did swim instructing for kids during the day and DJ-ing in the clubs during the night. I can’t say it wasn’t fun but I wasn’t happy. It made me pretty depressed and I was lost for a bit trying to find my true calling. I took a break and went back to Slovakia. Put my mind in peace and let the higher energies to take over. And then Boom!. an opportunity presented itself and I wasn’t afraid to take it. 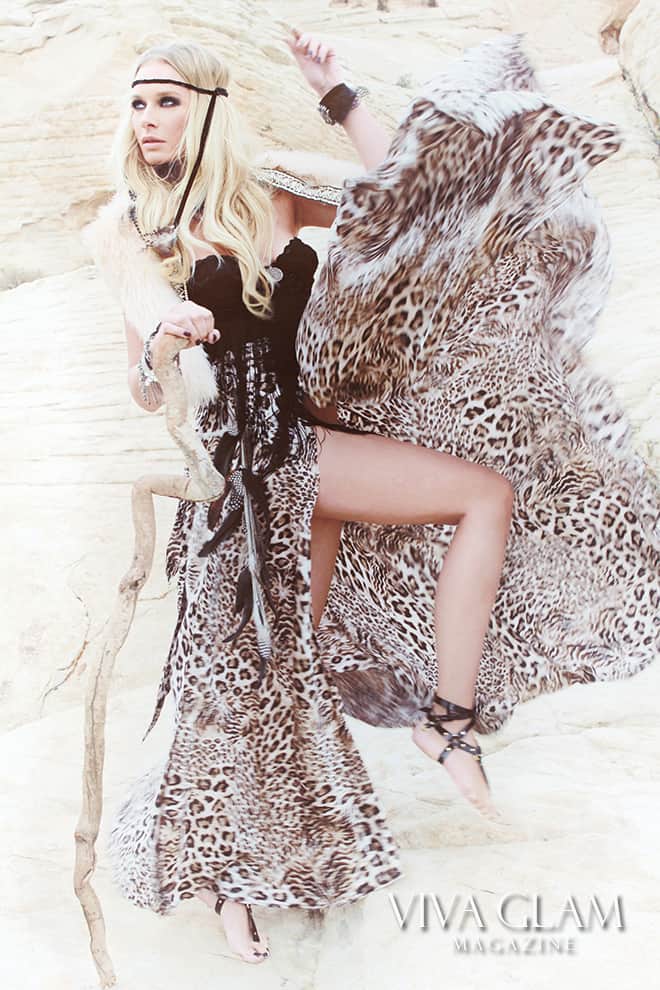 6. Touring with bands is very exhausting and you rarely get a break. I have a shirt that says: “I gave my heart to Rock & Roll.” And that brings up my next question. Do you get to go on dates or do you pretty much devote your entire time to touring and working with bands?

I’m trying to have time for both. My personal life is as important to me as my career. It’s not easy, but not impossible either. Where can I get that T-shirt?

7. Is there a difference between shooting men and women on stage?

Not really. Especially since I’m mostly shooting rock bands. Most of the guys have a lot of female energy and a lot of women have to have some male energy to survive in this business. So it’s pretty even. I’m concentrating on capturing the inner soul and emotions so it doesn’t matter what gender their shell is.

8. Do you have a favorite musician you’d like to shoot?

I would love to shoot all the musicians that changed the world with their music. Sadly most of them are not with us anymore, but I will make sure the rest won’t have a chance to escape my camera.

9. Shooting live concerts is not easy. It’s a constant motion, pyro, lights etc. Without being professionally trained, how fast were you able to figure things out and adapt to your new career?

It took me about a week to learn technical stuff and then I was thrown into the field and had to improvise. It was the best way to learn as you find your own ways to capture what you want. You find your own style. You make the motion, pyro and lights your friends and use them to your advantage. I’m glad I wasn’t professionally trained and had to learn it the hard way. You learn much faster and you learn from your own mistakes. There is always something new to soak up and more things you can do so it’s a constant challenge. I love it.

10. You started a blog where, besides sharing your life experiences, you also share your tips on rock photography. Do you plan on doing workshops or publishing a book in the feature?

Nope. The only books I’m planning on publishing in the future are photography coffee table books.

11. What music do you listen to on your iPod?

Everything from Debussy to Janis Joplin, Jimi Hendrix to The Clash, Led Zeppelin, T.Rex to Sex Pistols to Black Sabbath.I love everything.

My favorite is a poem by Indian poet Kalisada that is tattooed on my rib cage: 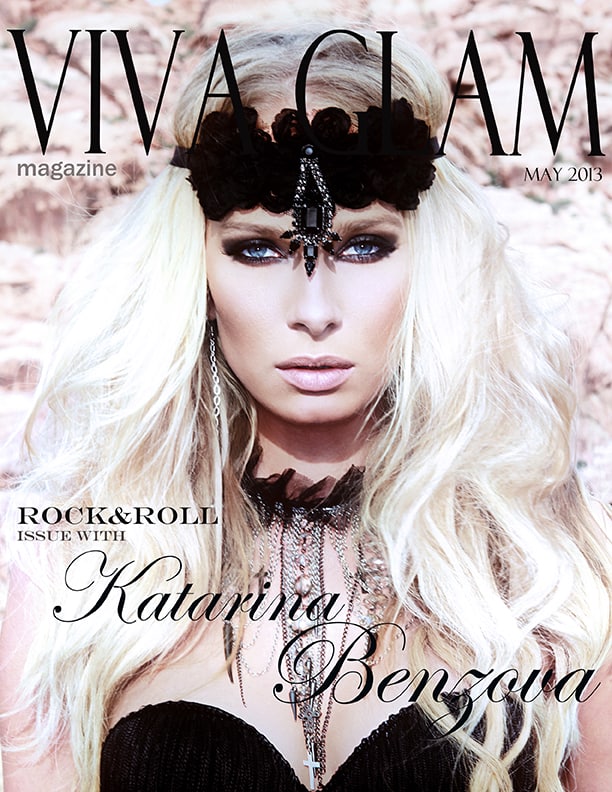 Salutation to the Dawn

Look to this day!

For it is life, the very life of life.

In its brief course.

Lie all the verities and realities of your existence:

The bliss of growth

The glory of action

The splendor of beauty

For yesterday is but a dream

And tomorrow only a vision

But today well lived makes every yesterday a dream of happiness

And every tomorrow a vision of hope.