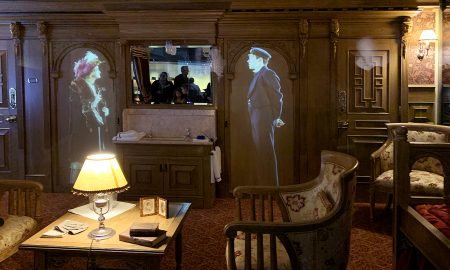 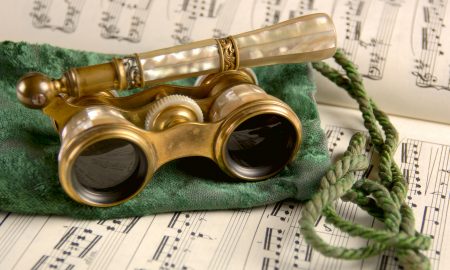 From Divas to Falsettos and Arias 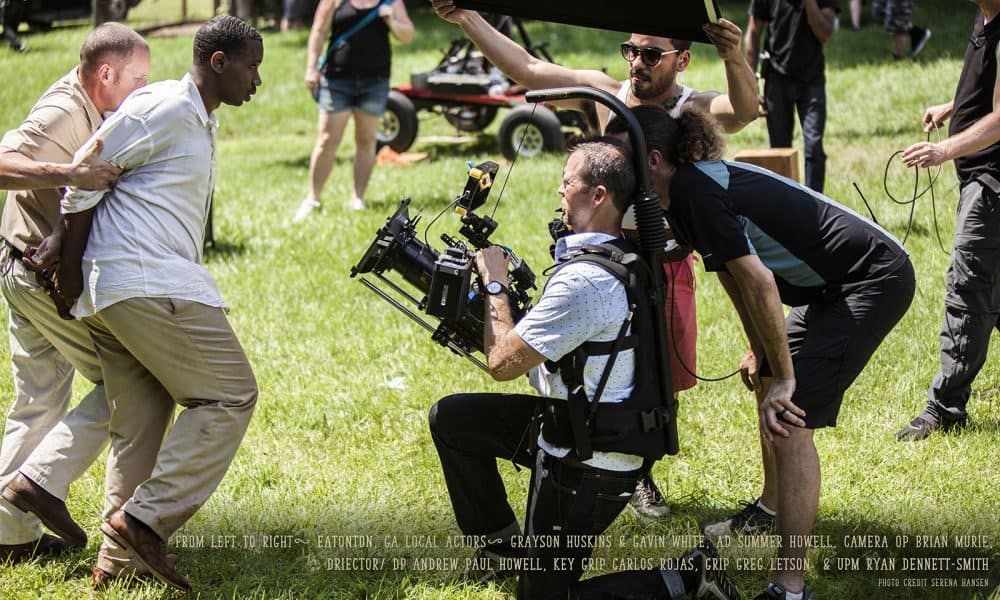 His name was George Stinney Jr. He was only 14 years old.  He was arrested, tried, falsely convicted and executed in 83 days in 1944.  The short film ’83 days’ (https://83daysllc.wixsite.com/83days4consideration) is George’s story and has never been told until now.  ‘83 days’ will educate, anger and move you to understand our country’s history of injustice.

After learning about George, executive producer and writer, Ray Brown, set out to learn more about what happened.  It would take 4 ½ years of Ray’s life; he would travel thousands of miles; he would spend countless hours interviewing George’s family to write George’s story.

During the course of Ray’s research and investigation, South Carolina vacated George’s conviction on December 14, 2014, 70 years after the state electrocuted him for a crime he didn’t commit which they knew. The state wanted to bury the story.  Did real Justice come 70 years later?

I interviewed Director Andrew Howell (https://www.andrewpaulhowell.com/) and Ray as to why they chose to tell this story now and what their hopes are for a feature film.

Why is it important to tell the story of George Stinney Jr.?

Racial injustice has plagued this country for hundreds of years. Many innocent people were falsely accused, punished and forgotten. This all happened to George. Telling George’s story is addressing our history of racial injustice.  The time is now to address the truth of our history.

What happened to George Stinney’s family after his execution?

George’s family left South Carolina and went north to escape.  Other distant members of the family (cousin, aunts, and uncles) changed their last names and/or the spelling of it to distance themselves from what happened.  Eventually Stinney Senior died and Georges mother, survived by George’s siblings with the exception of his older brother Johnny, who died in the early 80s.

Does anyone know who really murdered the two young girls?

There is speculation as to who really committed the murders, but it is not a proven fact.

In the short “83 Days” the sheriff knows George is innocent the entire time.  Do you have anything that shows this is true?

What we have is his son’s word of how his father was effected by George’s execution.  He did (as in the film) rescue George from the lynch mob by taking him in the middle of the night to Columbia. He retired from the department 4 months after the execution.

As a director, how important is it for you to make the writers words come alive to tell this delicate story?

Story is everything! Having great writers on your team makes your work so much easier.  I lean heavily on the writer(s). Things change constantly throughout the production process and having the support of a solid writing team is pivotal. Several scenes were rewritten in ‘83 Days’ during production, some at my request, others based on budget or schedule constraints. Writers Ray and Summer were brilliant in their creative solutions. The audience watching the finished cut was none the wiser.

Why did you choose to show the execution of George in the “83 Days” short film?

The execution scene is a sticky topic for me. I have a huge problem with talking about it even here and a bigger issue with utilizing that imagery to promote our film. I believe it’s a holy scene and should be left in the theater and respected as such.  From the beginning, I was told you can’t show that on the screen. My response was “like hell I can’t.” The audience has to see what happened to Junior. They need to see the men and women who strapped a 14 year old child to the chair, the priest who prayed over him and the folks who were responsible for his death and what that looks like and just how crazy it is.  That reality really hits you in our film. That scene is a delicate balance, packed with symbolism. I am super proud of the way it turned out, but would much prefer it be visually discovered by the viewer than read about or seen in a trailer as click bate.

You are looking to make your short into a feature film.  Did entering “83 Days” in film festivals this year in the U.S. get you closer to your goal?

We won the top prize in every festival that screened at except 2 and that definitely worked in our favor.  The festivals gave the film exposure and while we are still working towards producing the feature the festivals are aiding us in the process.

You are looking for a studio to make a feature out of “83 Days.”  What is your dream collaboration look like?

We would love to partner with anyone fearless enough to tell this story whether that is a studio and/or an independent investor or group of investors.  Most importantly they have to have a passion to tell this story.

Your short “83 Days” has shown in multiple film festivals and won several awards.  Is this part of your marketing plan?  Is this a must for film makers to get their films produced and seen?

Yes, it was.  It was always created as proof of a concept.  And, the festival scene has allowed it has gained much support, interest, and excitement from people from across the globe.

Not for short film makers. They should be going to film festivals to watch other filmmaker’s films. And to listen and watch the audience watch your film as it is an invaluable opportunity to learn what works and what doesn’t in your own film.

You have a first-class cast and crew.  How important for the film to have people who believe in the project/story as opposed to those who are there just for a paycheck?

Our cast and crew made a sacrifice to help us tell this story.  They realized while this story was so important.  They were willing to take the journey and the risk with us.  The paycheck was not a motivator. While they all were worth their hire, we were a team all on the same page.

The theater audience for “83 Days” is very upset during the movie. Was that intended?

Yes, we aimed for a strong audience reaction. The story deserves it.  Emotions burn images in the brain. They will remember what they saw. Anytime they hear George’s name, they will recall our film.  They will know there was racial injustice.

What is the message you want people to take home after seeing “83 Days?”

Personally, I want people to see themselves no matter who they are or where the come from.  I want people to know our history in this country, good, bad or ugly.  Our history affects our present and our future.  If we falsely change, forget or hide our history, we are doomed to drown to death, sinking in the sea in our own ignorance.

What makes George’s case different?  Most people at the time believed he was innocent including the sheriff.  However, they allowed his execution to go on as planned.  Since 1642 there have been 364 juvenile offenders that have been put to death by the states and federal government.  It is hard to know who out of those numbers were innocent and too young to defend themselves.

In 1959 the last execution of a minor was Leonard Shockley who died by gas chamber at the age of 17. Thankfully since 1964 there has not been an execution of any minor in the United States.  But, there are multiple states in the US that still put minors on death row awaiting execution. 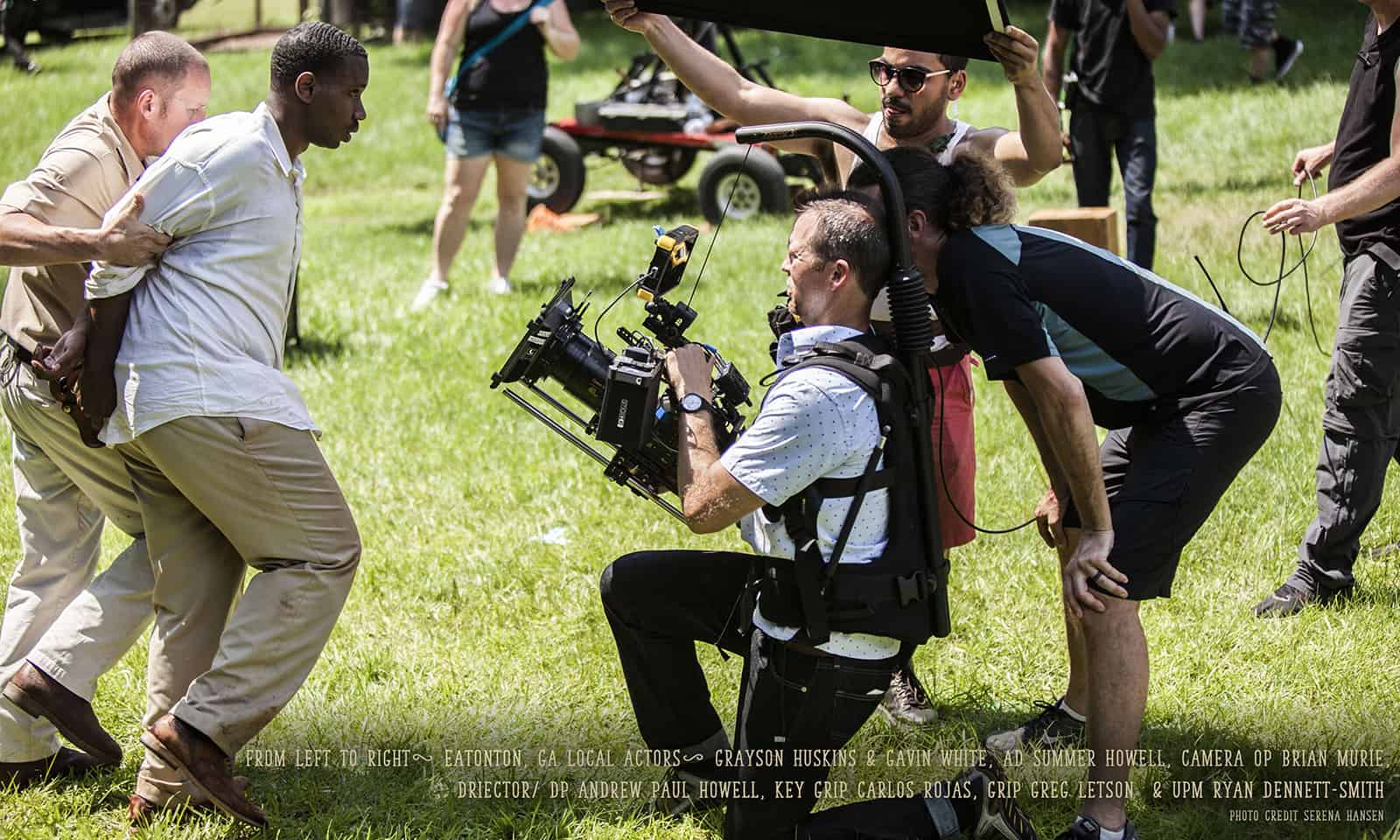