It Looks Horrible, But It’s a Miracle in Disguise

How to Live Your Healthiest Life and Experience Optimum Wellness

Did You See the Film Miracles from Heaven?

Each day, many of us are faced with challenges that seem horrible from every angle. Those could include anything from a health diagnosis, sudden financial hardships, or a break-up. But, like the Beam family whose story was the subject of the film Miracles from Heaven (Columbia Pictures, 2016), the most disastrous circumstances can lead to the most amazing miracles.

In the film, Miracles from Heaven, Christy Beam (played by Jennifer Garner) and her husband learn that their 10-year-old daughter, Anna, has a rare, incurable disease. Christy works tirelessly to find a cure. As options and help seems to be running out, a doctor is discovered who offers treatment. Anna gets well enough to come home to her family. However, a tragic fall into the center of an old hollow tree leaves Anna unconscious and her family wondering if she will live. Finally rescued after hours inside the tree at its base, Anna is rushed to the hospital. When she wakes, she is completely healed from the previous incurable disease. Doctors are mystified. Anna is not. She knows a miracle took place while unconscious at the bottom of the tree.

I’ve heard two other stories similar to this in the last month. One was a nurse, who we’ll call Marie, who had been training for months for an upcoming triathlon, her first one ever. But a week before the event, she had been out for a run in the evening and was bitten by the dreaded midges, a small black flying insect that wreaks havoc for those of us are also loved by mosquitoes. The bites are smaller but deliver the same level of itching and general discomfort.

Marie contracted sepsis from the bite. Sepsis is a life-threatening condition that causes the immune system to attack the body. Marie was rushed to the hospital, admitted, and given a battery of tests. One of the tests revealed that Marie had a congenital heart condition that could be fatal. The tests also showed the condition had deteriorated to the worst possible level. In fact, if Marie had participated in her triathlon with this condition, it would have stressed her heart beyond its capability and she would most likely have died. Marie was rushed into emergency open heart surgery and has now fully recovered. So, it seems that a damaging bug bite can save your life. Perhaps miracles happen more often than we think.

A Definition and Another Miracle

What is the definition of a miracle? A miracle is an event not explicable by the laws of nature or by natural or scientific laws. However, a miracle can also be something surprising and unexpected, so keep your eyes peeled. Miracles will probably happen for many of you today.

If we look at our training, we are bombarded by drama, unhappy stories, and negativity, for a lack of better terms (if you’ve read my book, Mood, Food and Gratitude: Healing from the Way We Think–Balboa Press, 2016.Æyou know I don’t subscribe to the concepts of negative and positive, but I’ll use it here as a point of reference). If something happens in our lives, we tend to see the worst of it and even project the doom and gloom into the future. But what if we didn’t look at challenging life events from this perspective. I’m not suggesting we ignore the difficulties, the sadness and the pain of the challenging event. What I am suggesting is that we also get in the habit of seeing the miracle of the challenge.

The miracle may not show up at the beginning. It may take a series of events over a stretch of time to come to fruition, but it will be there. It is always easier to look back to see what happened than it is to see what’s coming. What’s coming is unknown to us, so we often defer to our training and we get caught up in the unhappy story and drama more than we leave the door open for the miracle to show itself.

Let me tell you about another story of a miracle that happened. It was an everyday type of miracle.Æno water parting here. A friend of mine told me that her mother was sitting on a bench in the garden drinking coffee. The cup was half full when my friend’s mother threw the leftover coffee into the garden from a seated position. She lost her balance, fell on the ground and broke her hip. Her mother was rushed to the hospital where a series of tests were done, as is standard procedure. The tests showed a blood clot on her mother’s lung.Æa clot that would have killed her prematurely. My friend’s mother is now being treated for the blood clot, which is expected to dissolve, saving her mother’s life.

Miracles, large and small, happen all the time.

If You’re a Nun, Miracles Happen Every Day

A long time ago, in another work life, I had the pleasure of assisting nuns in the area of risk management for their properties and programs. My job was to help them reduce liability and fire losses. Spending time with nuns is interesting for any number of reasons, but I often received a nugget of wisdom that would change the way I saw the world forever. One such nugget was from a nun at a property outside of Kingman, Arizona, buried far up in the mountains. Her wisdom was this: If you’re a nun, miracles happen every day. This is because nuns are tuned into miracles. I couldn’t say the same for me at the time.

A lot of us might not be tuned into miracles and there may be a number of reasons for that. For one, maybe we don’t believe in them anymore. Maybe we’re looking for large scale things to happen.Æsomething on the order of the parting of the Red Sea or curing a major disease all at once.Æand if the miracle is small, it’s simply dismissed as lucky or a coincidence.

Another reason we may not be tuned into miracles is because we don’t believe they can happen every day. The thought process here is that if miracles happened every day, they wouldn’t be special. But, aren’t miracles special no matter how often they happen? And wouldn’t life be nicer for us if we noticed them happening on a regular basis?

Finally, we may just be trained look for the dramatic, the difficult, and the horrible instead of looking for miracles, and so we do. Whatever the reason, maybe it’s time we give miracles a fresh look. Maybe we look more for the silver lining instead of the cloud.

This week’s challenge: See how many miracles you can find this week. Perhaps you’re struggling, but then someone smiles at you and holds the door open, lifting your spirit, making you feel as if you’re not alone. Or maybe you took the wrong road on the way to an important meeting, but you ended up missing all of the traffic that would have otherwise made you late. Anything can be a miracle. Just tune in and you will find them everywhere. 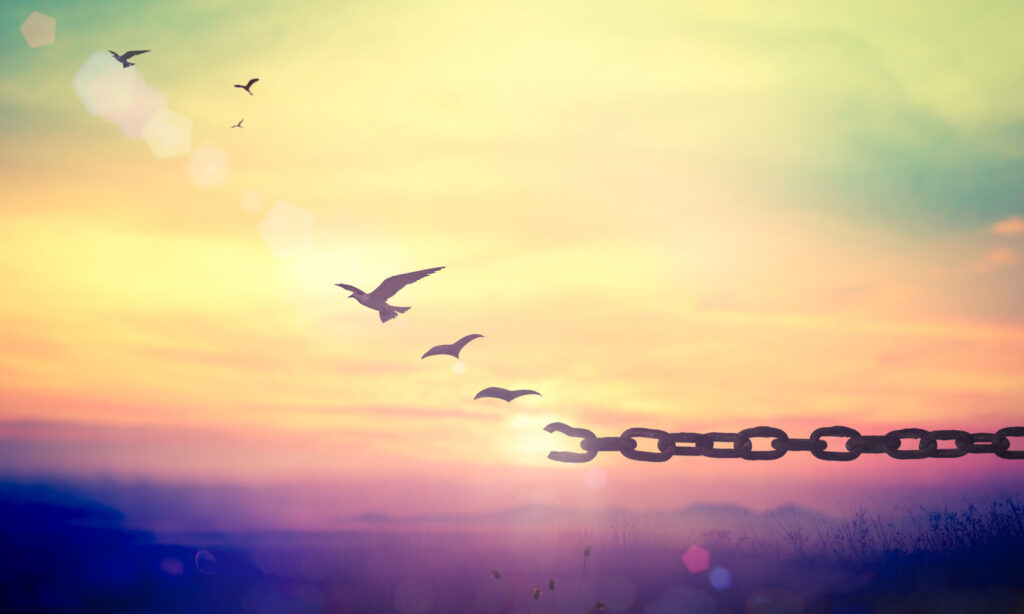