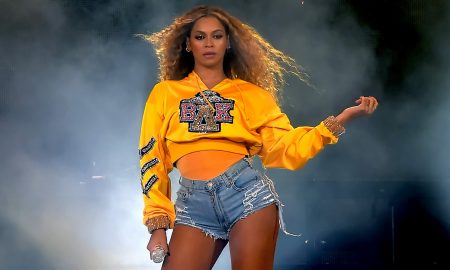 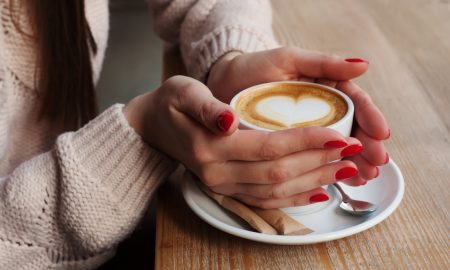 The Best and Worst Times of Day to Have Caffeine 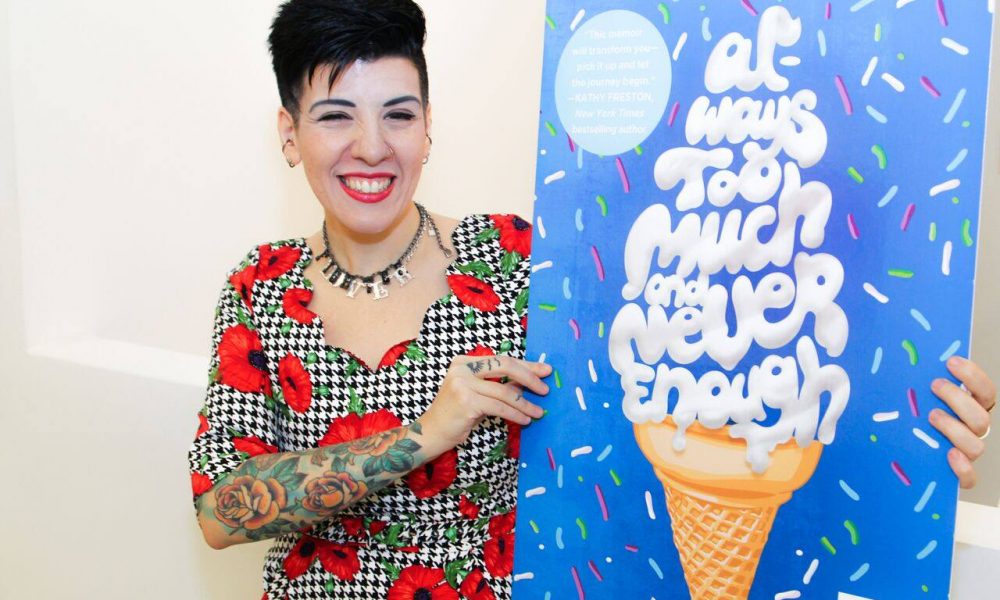 Miley Cyrus, Jessica Chastain, and Alicia Silverstone may all be outspoken vegans. But Jasmin Singer is one vegan who’s truly making a difference.

Jasmin Singer is a woman with many tattoos who wears many figurative hats: she’s the Senior Editor of VegNews Magazine, the author of the memoir Always Too Much and Never Enough, and the co-host and co-founder of the longstanding Our Hen House podcast. She’s been a vegan for 14 years and regularly does speaking engagements to educate Americans about veganism, animal rights, body positivity, and overlapping social justice issues.

Considering we were talking to one of the most interesting women in the vegan activism world, we asked her about her opinions on all of the vegan stereotypes: the concept of veganism as a fad, and the idea of selective compassion. After that, we chatted with her all about her personal vegan journey and how she became the creative soul she is today. Trust us: this fierce female is one you need to be following.

Interviewed the wonderful @msevylynch this morning (with help from @sarahmclaughlin) for @vegnews, celebrated the 400th episode of the @ourhenhouse #podcast, put cinnamon in my ‚Äö√≤√Ø√î‚àè√® coffee, and bought this second-hand denim vest. Now I need to convince myself that going for a run Ô£ø√º√®√â is the noble next thing to do.

There are a few key reasons why people have switched to a vegan lifestyle: for the animals, for the weight loss, even for the status. There are arguments where people state that others went vegan for the wrong reason, or even worse, that veganism is a fad. What are your thoughts on that? Do you think there’s a right way or wrong way to be a vegan?

I think there are many different factors as to why people get turned on to veganism, and I don’t think there is one right way in.Æas long as it sticks. My hope is that when people become vegan, whether for health or environmental reasons, they will be open to learning about the ethical reasons. I personally think the switch to veganism is a no-brainer, and as people settle into their veganism, they often start to realize it’s the very best thing they can do in order to live in alignment with their worldview. It’s also fantastically tasty!

While veganism is associated with a healthier lifestyle, like any other diet, there’s a right way and wrong way to do it. What advice would you give to the junk food vegans who only live off of sugar-packed yogurts and frozen processed foods? How can they transition to a whole food vegan lifestyle when convenience is key in American culture?

I think there is naturally a transitional food period when most people go vegan. Going from more processed food to a whole foods-based diet overnight can be a tall ask when they have been following the Standard American Diet. A lot of new vegans get excited that there is a vegan version of everything, especially the junk food. I think a good first step for anyone leaning into veganism is to transition away from animal products and replace foods you are used to with the vegan counterpart. Eventually, most of us naturally eat more vegetables as we are settling into our plant-based diet. Here’s a perk: What winds up being good for us also winds up being what’s good for our wallet. Whole foods are so much cheaper than specialty vegan foods. I went grocery shopping for dinner the other day and the bill came to less than three dollars!

A key theme of veganism is compassion, which is something a lot of Americans are struggling with right now. There are many people who are very compassionate with their friends and family, but can’t fathom having compassion for animals. Why do you think people separate the two? How can we persuade them to see that there’s no difference?

Marketing runs deep in societal norms. We have to undo an entire lifetime of what we’ve learned from society, TV commercials, even our parents. If we’re conditioned as a society and individually to think that animals are in a different category, we’re fighting against a huge monstrosity in order to shift that thinking. One of the keys to shifting it is to add a personal story to these animals and remind our friends and family that they are individuals, just like us. Start by not referring to an animal as an “it.” Call the animal “he” or “she,” share their story, and others will start to connect the dots.

You released a memoir called Always Too Much and Never Enough [Penguin Random House imprint Berkley, 2016]. With all of your other creative outlets-the podcast, articles, speaking events-what instigated the decision to write about your own story?

I really believe in the power of personal narrative to affect social change. I think that the animal rights movement has not yet begun to latch onto the power that can come with finding our truths and sharing our stories. Every social justice movement has made use of the power of memoir. In my opinion, the animal rights movement has barely even begun to scratch that surface, which excites me, because it means there’s so much possibility ahead of us.Æwe just have to start opening up. I hope others feel emboldened to tell their stories, because that’s how change happens.

In what ways do you think your story can help others? How can they relate?

I think as people start to embrace their authenticity, then their toxic relationships (be they with food, people, substances) will start to shed. It’s a liberating, albeit uncomfortable process. Sometimes, as we shed our “life toxins” and begin to live more authentically with who we want to be, we recognize that sometimes, the bully is us. One of the startling parts of my own journey was realizing how readily and righteously I was judging others. Only then did I realize that just as others’ perceptions of me is not my business, it’s not my business to hold onto beliefs about someone else based on ideas that, frankly, are rooted in my own demons. We have no right to let our perception of someone else define them.

Relentless, lifelong learning. I imagine the fiercer a woman gets, the more wrinkles she has. I don’t know if that means that the older you get, the more fierce you get, but there’s probably some truth to that (am I being backwards ageist?). Still, there’s something about embracing your own beauty even when your beauty doesn’t ascribe to what it’s “supposed to” be. Fierce women are those who are not afraid to be loud, to stand in their truth even when it’s uncomfortable. Fierce women don’t need to question when to fight an oppressive system because that brand of relentless truth-seeking and truth-living is just part of their worldview and behavior.

You’re very much a creative soul. You love eyeliner, tattoos, and you have a funky style. In what ways does your creativity influence your wellness journey? Do you love treating yourself to new cruelty-free products?

I try really hard to only get products that are cruelty-free and ethically sound. I try really hard to shop at thrift stores or buy clothes made in the USA.ÆI’m not really interested in supporting oppressive fast-fashion. Ever since I was a little kid and my artist mother let me pick out my own clothes (I chose tutus with blazers.Æit was the 80s!), I’ve had fun with creative expression by way of my look. It’s a hobby, but also has the added benefit of being reflective of my worldview, since most things I wear are in alignment with what I stand for. My creative self is my truest, highest self; when I’m in my element, I’m creating on a vibrational level. The same thing that can be said about my veganism and my activism. Naturally, they’re married to each other.

You can learn more about Jasmin Singer on her website, listen to her on her podcast Our Hen House, watch her Ted talk on compassion and identity, or follow her on Instagram.

It’s been lovely being holed up at my fancy hostel (don’t give me points though; I have a private room) in Chicago as I prepare for my talk on LGBTQ Ô£ø√º√®‚â•√î‚àè√®‚Äö√Ñ√ßÔ£ø√º√•√† and Animal Rights (plus a book-reading) happening this evening at the University of Chicago. The Impossible Burger is on the room service menu, and the coffee here ‚Äö√≤√Ø√î‚àè√® is just dandy.

If You Think Your Fake Fur is Really Fake, Think Again 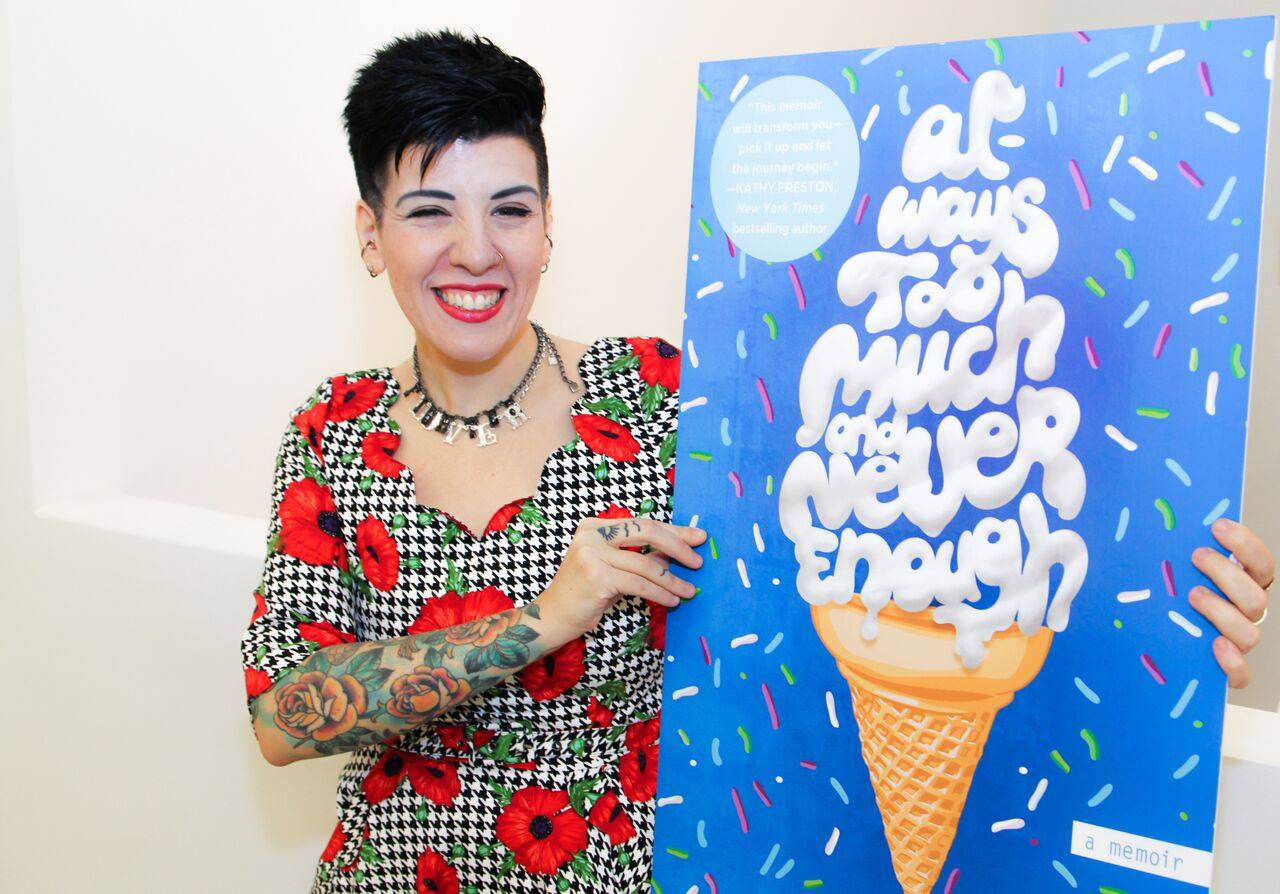