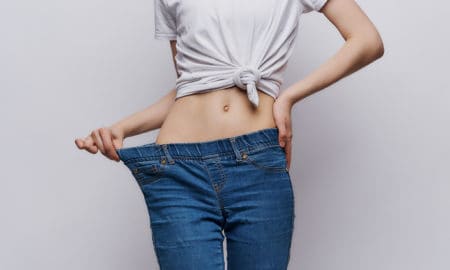 THE SHIFT OF SEXUAL TRUTH Want to lose weight, reduce the pain in your joints, improve your hormonal balance, reduce the risk of cancer, and even lessen your allergies? Stop eating chemicals. Chemicals, like monosodium glutamate (MSG), are added to thousands of foods. MSG, like many other harmful chemicals, are listed under various names approved by the government so manufacturers can hide them from us. Why would manufacturers hide chemical ingredients from us? Well, for MSG, it is known to create an imbalance in our endocrine system which disables our normal appetite sensors causing us to eat more food. We get fat around the middle and the manufacturers get fat bank accounts. But we can change this. We can heal ourselves. We have the power – we are the power.

One of the things we can do to exercise our power is to read labels. For years I bought peanut butter and never looked at the label. One day, I decided to turn the jar over and read the ingredient list before tossing it in the cart. The first ingredients were peanuts and sugar. Why add sugar to peanut butter? Then there were things called hydrogenated vegetable oils and mono and diglycerides on the ingredient list. These are trans fats and are used by manufacturers to prolong shelf life. But for us, they are just chemicals that make us sick since trans fats are known to increase the risk of many preventable diseases, including heart disease, stroke, and diabetes.

Hydrogenated oils are no exception to the chemical rule though. Most of the chemicals added to our foods are toxic to us (and to the planet). It’s obvious reading labels is a key making healthy food choices. What ingredients are in my peanut butter now? Peanuts.

You might be put off from reading the ingredient list thinking that you need to become a chemist in order to work out what ingredients are harmful and which ones are not. MSG alone has more than thirty names and artificial sweeteners have at least five. But we don’t have to memorize boring lists of toxic chemicals. All we have to do is to stop buying foods with chemicals of any kind in them. From here on out, when you go food shopping, read the ingredient list of everything you pick up before you put it in the cart. If you get to a chemical, put it back and keep moving. Simple.

Let’s pretend for a moment that I have invited you to my house for a meal. When you arrive, I offer you a beverage of your choice as you settle on a comfy chair at the bar overlooking the kitchen. We catch up on what’s been happening in each other’s lives while I prepare the meal. As I pull the various ingredients from the cupboard, you notice that most of the containers have a skull and crossbones on them. I measure out a teaspoon of this chemical and a tablespoon of that chemical and mix them all together with various other ingredients. I cook it all to perfection. Here’s my question to you: When I put the meal on your plate and sit it in front of you, do you eat the meal having seen the warnings on the ingredients containers? If your answer is no, and I imagine it will be, then why would you buy food from manufacturing companies that prepare your food the same way, with harmful and toxic chemicals that can make you sick?

Many people are so busy they don’t really cook a homemade meal anymore. Emptying a box into a pan is not cooking. The manufacturing companies depend on our busyness as they sell us the convenience of ready-made meals and prepared foods. Blinded by this convenience, we buy foods filled with chemicals so we can rush home, pop something in the microwave and call it dinner. Maybe we need to slow down and stop stuffing our days so full that we don’t even have time to prepare a meal and sit down to enjoy it. Whatever it is, a change is clearly needed.

It is nothing short of complete madness to pay money to eat food that is full of pesticides, herbicides, fungicides and chemicals most of can’t pronounce. Those chemicals are also killing the planet. We can do things differently though. We can make time to cook meals at home, even if that means making larger portions at a time and freezing some for later. Whatever is needed, we have the power to make it work. Our health has to be a priority for us and we must stop buying foods filled with chemicals. And remember, those chemically saturated foods aren’t limited to processed foods, but also include our meats, fruits, and vegetables.

The Most Poisonous Foods

Organically grown and manufactured foods, on the other hand, are natural. These are foods that are made the natural way .¨ the way foods were grown and made prior to and without toxic chemicals. To bring the point home to all of us, I propose we call organic foods just food and the so-called conventional foods chemical foods. How many of us would be as willing to buy fruits and vegetables that had a sign on them that said something like this: “Pesticide-laden Apples”?

In 2016, the Environmental Working Group (http://www.ewg.org/foodnews) published a report that updated the list of foods that are identified in the conventional, or chemical foods category, that contain the highest number of pesticide residues. These residues were noted as toxic to the human nervous system. The foods containing the highest residue of pesticides are listed first.

It is imperative, if we are to reduce our chemical load and help our bodies heal, that we buy the foods on the list in organic form only. That means no more conventional strawberries, apples, nectarines and so on. It is time for us to break free from conventional, chemical-laden foods and buy only organic, naturally grown or processed foods. When we choose healing for ourselves, our bodies are willing partners and will do their part to make us better.

In the fight against weight loss and the reduction of cancer, organic foods rule. Organic foods don’t tax our bodies like conventional foods, allowing us to save some energy for hormone balancing and fighting free radicals. With conventional foods, our bodies have to work endlessly to process our food and fight against the toxins we have just eaten. This depletes our systems and our energy. Over time, as we continue eating chemical food, the body just can’t keep up. Something has to give. It is our health that suffers.

Take aspartame for example. Aspartame is an artificial sweetener that is 200 times sweeter than natural sugar. There is nothing natural or truly conventional about eating a chemically created sugar that doesn’t exist anywhere in nature. Our bodies don’t know what to do with it so it finds its way to our joints where it sits and builds up. Eventually it adversely affects our joints through stiffness and pain.

A colleague of mine drank diet sodas all day long for years. He suffered with joint pain that kept him awake at night. I told him about the relationship between artificial sweeteners and joint pain and suggested he ween himself off diet sodas for four to six weeks and see how he feels. I saw him two months later. He said he felt fabulous. He no longer has joint pain and sleeps through the night for the first time in years. He actually had a tear in his eye when he told me he was so grateful because he thought he was going to have to live with his joint pain the rest of his life.

Foods without chemicals are better for us in every way. They are often fresher, growing them is better for the environment and it’s better for the animals by reducing the abuse from growth hormones and antibiotics. A European study also showed that organic meat and milk are richer in certain nutrients, including omega-3 fatty acids[i].

We have the power to heal our bodies by eating foods full of healing energy. We can choose whole, unprocessed, organic foods instead of the quick fix, processed, chemical foods we have been choosing. If the price of organic foods put a squeeze on your budget, just buy as many organic foods as you can afford using the list above as a guide. There is always a way to get healthy. Don’t let your mind or the advertising of convenience fool you any longer. Take your health back. Remember, it’s cheaper to buy organic foods than it is to be sick.