Flying on a Plane During the COVID-19 Pandemic: What’s Changed? 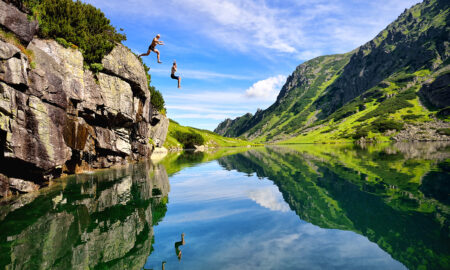 How to Create Adventure Anywhere 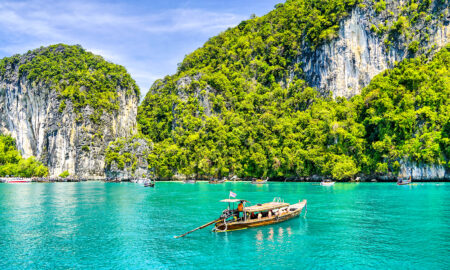 5 Trips that Can Help Fight Depression 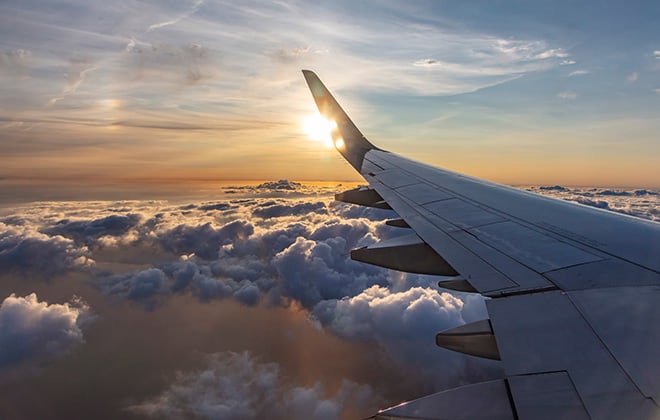 I flew during the COVID-19 Pandemic

That’s right. I did it. I braved the world and flew across the United States during the COVID-19 pandemic. I wasn’t quite sure what to expect, as I had heard many rumors about flying during the pandemic. And I’m here to set the record straight.

What did I learn? Airlines have really stepped up their game to make your time in the air as comfortable as it can be during these trying times. Here’s how my experience went down.

First, I was hearing many rumors that flights were being cancelled left and right during the pandemic. Perhaps this was more true in the beginning when the world came to a halt. But at this time, I find that most flights are sticking to their schedules. True, there are much fewer airplanes taking to the skies, but their schedules have already been cut down so when you book a flight now, the odds are that you will keep the flight without issue. I arrived to the United Terminal at LAX two and a half hours before my time of departure- just to be safe. I’d rather come early to find much stricter protocols than come late and miss my flight.

No Coffee and No People

At 6am on a Friday, the airport was a ghost town. I’ve never gotten to LAX so quickly. And there were only 10 people total in the United terminal that I could count when I arrived. I was the only person checking in my bag. I was the only person in any security line so my TSA Precheck didn’t really matter much. Then, as I walked up into the terminal, I found it empty. In fact, the only thing open in the terminal was the Hudson News store. This was very unfortunate because the store didn’t sell coffee- not even the bottled ice stuff- and there was not a single place in the terminal where I could find some. Being 6am, I was bummed that I wasn’t able to get my morning coffee.

This is actually important to note if you have any type of medical dietary issues: it’s currently almost impossible to get food at the airport. And they are not serving food on planes because of COVID. So, when I arrived at the airport at 6am PST, I wouldn’t be able to eat until I arrived in Virginia at 2pm PST/5pm EST. It was quite a long time to go without eating for me, as I have had hypoglycemia issues in the past, so I had to think ahead and pack cliff bars. So, keep that in mind during your journeys.

Next, it was boarding time. United was very cautious during the boarding process. You hold your own ticket over the scanner so you don’t need to interact with others, and the boarding was done from the back of the plane to the front to avoid people having to pass each other, which was smart. (Though they still allowed a lot of pre-boarding and first class boarding to be done, which defeated this purpose a bit.) And they continually demanded that you stay 6-feet from the person in front of you while boarding.

Sitting on the Plane

The best part of flying right now is that you aren’t crammed next to anyone. United was flying the larger planes cross country, so I was in a plane that was 7 seats wide. It was a 2-3-2 setup. So, I sat at a window of a 2-seat aisle on the left side of the plane, then the seat next to me was skipped. The two aisle seats in the center row were filled, and then the window seat on the other end of the plane was filled. This was great because it skipped every other seat to ensure you were not right up in someone’s business.

When you board on a United flight, they provide you with a disinfectant wipe for your seat which was another huge plus in my book. However, they can’t serve food or any open beverages. So, you only get cans or bottles of food. This was unfortunate because I didn’t get my coffee all day thanks to COVID. But I appreciate the precaution. They did give small snacks in sealed plastic bags, so that was nice.

And, of course, all passengers and crew MUST wear a mask at all times aboard the flight.

All-in-all, the airports and airlines are adapting to make this COVID-19 fiasco much easier for travelers one day at a time. I appreciate the care they are taking. Now, it’s up to us as passengers to be responsible with the tools we are provided. When I left from Los Angeles, everyone was being so cautious to follow the rules and stay 6 feet away from each other. When I left from Washington DC, people were not, and I was getting frustrated. Please, listen to the flight attendants and take heed. They are just trying to protect you.

But, in the end, if you are looking to travel within the US (traveling internationally still leaves you at risk to get stuck somewhere), now is the perfect time. It’s vacant, spread out, and clean.