Fashion with a Conscience: Donatella Announces Versace will go”Fur Free”

It has been 21 years since the death of Gianni Versace, Donatella’s brother and fashion genius. Despite this tragedy, the brand has continued to be a major force in the fashion world regardless of the rumors about Donatella’s departure from the company.

Recently, the designer announced that her new pieces will go “fur free“: “Fur? I’m out of that, ” she revealed in an interview. “I do not want to kill animals to make fashion. It does not feel good,” she said.

This marks a monumental change in the history of the fashion house, especially since Versace’s items have always been recognized for opulent luxury and excessive glamour, which included several decadent and eccentric accessories, such as a rabbit skin pillow for $ 1,450 dollars.

Overwhelmed by all your positive feedback and support regarding this decision. Thank you everyone! ❤💋

It seems that Versace is following in the footsteps of premium brands such as Gucci and Michael Kors, who recently also announced that they would stop using animal skins in their designs. Brands like Tommy Hilfiger, Net-A-Porter, Calvin Klein, Dona Karan, and Stella McCartney are fierce supporters of the animal rights movement.

The most recently fashion house to give up fur was Gucci, even though their collections did not skimp when it came to using fur and animal hair like the famous kangaroo moccasin. Luckily, the good advice from millennials and those around them made the firm rethink the use of animals to decorate their clothes and accessories.

In the past, Versace had refused to follow other brands such as Armani, Hugo Boss, and Ralph Lauren, which banned the use of furs. The haute couture house was strongly criticized by animal rights advocacy groups for using animal fur, such as the mink or the raccoon, according to the Humane Society International (HSI), which works towards to end the fur trade.

“Versace is a brand of major influence that symbolizes the excesses of glamour and their decision to stop the use of leather and fur shows that compassionate fashion has never been so fashionable,” said Claire Bass, director of HSI in Britain.

Regarding the future of Donatella as creative director, she did not confirm or deny the rumors, but she declared that the brand is accustomed to go with the times and it’s not reluctant towards change. “Someone told me that if I left, everything would be a disaster. But it is also necessary since Versace means a change. It must be an opportunity for others to express themselves “, it will be a matter of time to see how the brand will evolve.

Given Donatella’s decision and confirmation on social media, it’s expected that the brand will issue a formal statement announcing the news to stop selling animal skin and fur products.

Could Animal Testing in Canada Finally Be Coming to an End? 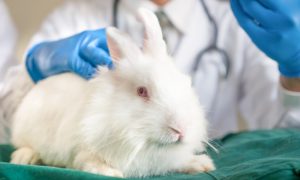