Botox vs. Dysport: Tomato/Tomahto? Or is there more to it?

Be a Bond Girl – The ultimate strong and sexy woman 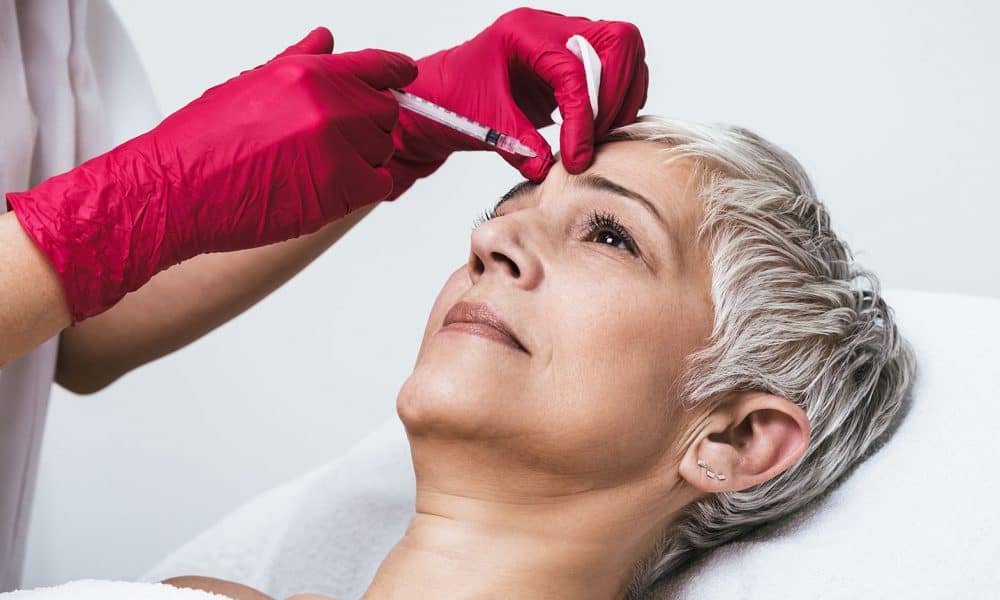 Everyone wants a product that will get rid of fine lines and wrinkles, make them look more youthful, have minimal downtime, look natural…oh, and not be too expensive either. Botox has been around longer than Dysport, and Allergan (the maker of Botox) has spent wayyyy more money than Medicis Aesthetics (the maker of Dysport) in advertising and marketing so it has the advantage of brand-recognition.

Now, if we were talking Motrin vs Ibuprofen (Motrin’s generic form) I would tell you that they are the exact same active ingredient and it really doesn’t make a difference which you use. However, that’s not the case here. There are some differences, so let’s go over them shall we?

Let’s start with the basics

Botox and Dysport are both drugs made from Botulinum Toxin, which is a protein produced by the bacterium Clostridium botulinum. Actually, this same toxin is what causes botulism (a type of food poisoning). When injected into a specific area, they will block certain nerves which weaken and basically paralyze certain muscles. So when you try to make those facial expressions that form lines on your face, you can’t. Because the muscle is literally paralyzed. I know it sounds kind of scary, but it’s such a small amount that it’s considered very safe, and this has been confirmed in numerous studies.

Something to point out about Botox: Allergan has two products: “Botox” and “Botox Cosmetics.” They are the exact same ingredient! It’s just that Botox was approved years ago for other uses (eye muscle disorders, shoulder and neck tightness…) and then people realized it could be used to treat wrinkles. So then in 2002, Allergan wanted to market “Botox Cosmetics” for frown lines. Botox Cosmetics just sounds prettier, doesn’t it? 🙂

What they’re used to treat

Botox has more FDA-approved indications than Dysport. But again, it’s been around longer. As far as treating wrinkles, they’re actually both only approved for the frown lines in between your eyebrows, called “glabellar lines.” These lines are sometimes referred to as “11 lines” because the two lines kind of look like the number 11. Anywho, even though that’s the only area they’re approved for, they’re both frequently used to treat other areas as well (crows feet, forehead). Also, besides wrinkles, they can be injected intra-dermally (into-skin) under your arms to reduce sweating. I wouldn’t recommend that unless it’s a real issue, because in some cases you will end up sweating more in other places, like your face. I mean the sweat has to come out somewhere!

How much you need per injection

Botox is a stronger protein, so you don’t need as much volume per dose. Dysport is a smaller-sized molecule, so it requires more volume. What this translates to: the more fluid you use, the higher the risk for it to spread to surrounding areas. This seems like a disadvantage, especially when you’re targeting a small specific area on the face. But, some say it could be an advantage when you’re treating a larger area.

Some studies have shown that Dysport may not last as long in your system, so patients need touch-ups more frequently. It’s still a topic of debate. I actually took this into my own hands and decided to poll some dermatology and plastic surgery clinics in Los Angeles and see what their patient feedback was. I spoke with 100 different offices (LA has a lot of dermatologists!) and of course got a lot of different feedback. However, survey says: 75% of patients say Botox lasts longer, 25% of patients say Dysport lasts longer.

Generally Dysport tends to be less expensive. But they’re pretty similar, and this of course depends on the clinic. Either way, when you’re dealing with your health, and your FACE (insert vanity) you don’t want to be cheap! So in my opinion this should be the last priority.

With both products it takes about a week or two for the full effect, but Dysport has a slightly quicker onset than Botox so it wins this category. Dysport = 2-5 days, Botox = 4-7 days.

But there are a few things to consider.

The study was kind of small, only 90 people were involved. But what’s unique about it is that both sides of the study were tested on the same person. That’s not usually the case, usually studies give half the group one drug and the other half another. What they did here was inject Botox into crow’s feet on one eye, and Dysport on crow’s feet on the other eye. The advantage is you don’t have to account for age, gender, ethnicity, or anything else effecting the results, because you’re comparing both things on the same person. 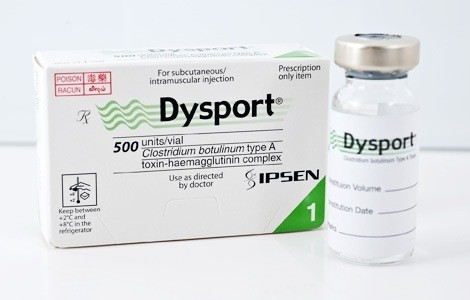 After 30 days, both sides of the face were evaluated. Research showed that Dysport was much more effective and 2/3 of the patients preferred it over Botox.

Not to play devil’s advocate, buuuuut, in Botox’s defense;

1: Dysport was only more effective when the patients contracted their muscles as much as they possibly could. At rest, there was no difference.

2: This study didn’t show which had a better effect after the 30 days.

3: Medicis (makers of Dysport) funded the study, Allergan (makers of Botox) did not. Hmmm….

If you do end up getting one or the other, they both have rebates available from their manufacturer. A lot of offices don’t offer this, but you can do it on your own and save some money. The program Allergan offer’s for Botox is called Brilliant Distinctions, and what Medicis offers for Dysport is called Dysport Challenge.

I hope this helped! In my honest opinion, the most important factor is
who injects the product. Make sure you research physicians and find someone you trust who will discuss alternatives before making a choice. 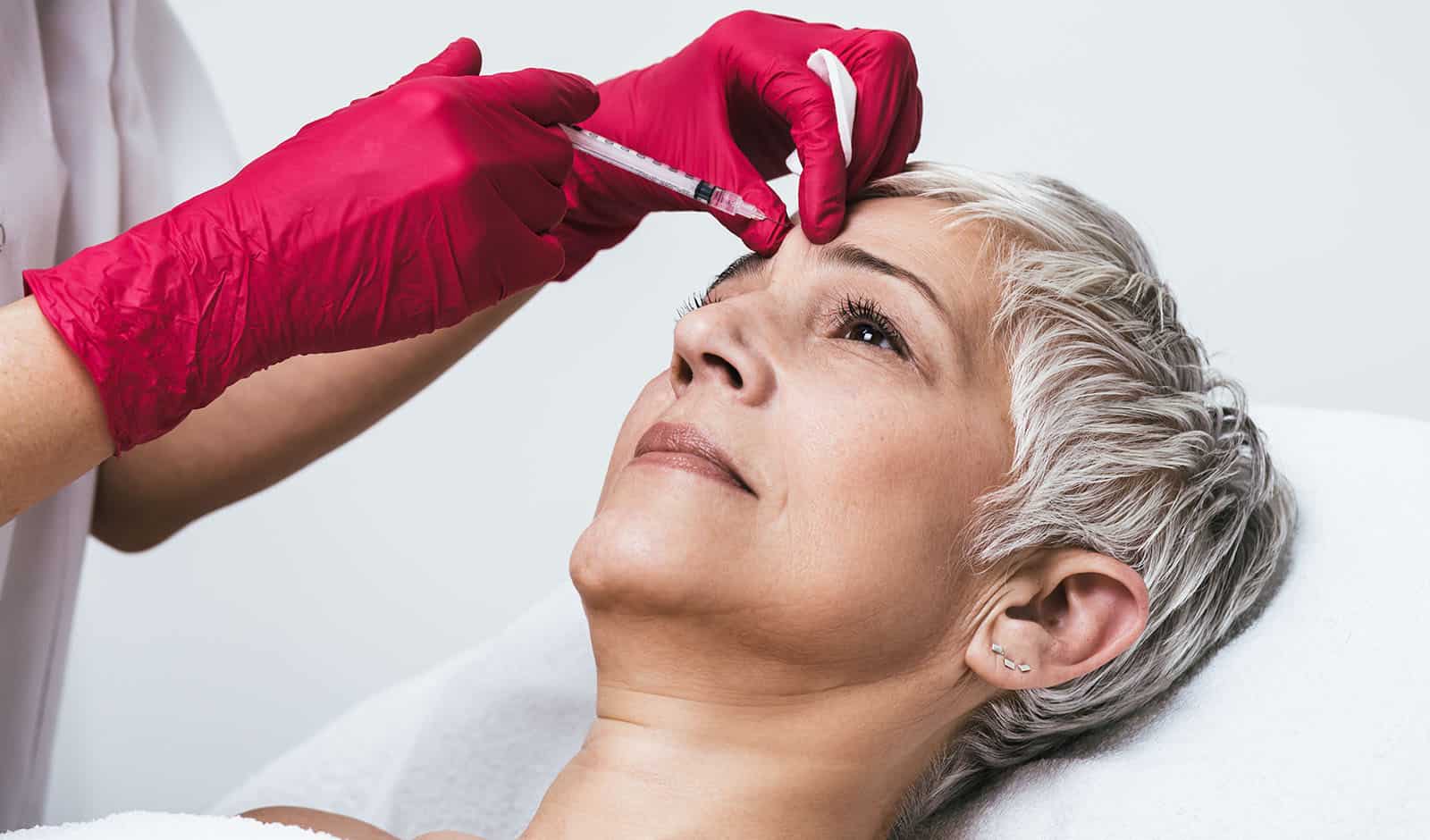