Beyoncé Is Crowned As 2017 Highest-Paid Woman In Music

Yss Guerrero
WATCH: The 6 Most Iconic Teen Shows Through the Years
Charlie Rose is Accused of Sexual Misconduct by 8 Women

Beyoncé has been named the highest-paid woman in music in 2017, according to Forbes annual list of the highest earners in the music industry.

The Queen B came on top, surpassing last year’s number one, Taylor Swift, with a whopping $250 million. The success of the global superstar comes from her acclaimed and successful album “Lemonade” and the Formation World Tour.

Besides the music hits, Beyoncé managed to raked in cash from her own fashion line, Ivy Park and hers and Jay-Z own stock in the music streaming service Tidal, which was catapulted after receiving an investment of $200 million from Sprint. The business publication estimates that the Carter-Knowles are worth near $1.16 billion.

Grammy winner Adele finished second on the list with $69 million that came with her famous tour in 2016 and 2017, in support of her third LP “25”. It was the first time that the British singer embarked on a world tour since 2011 and it earned her seven-figures a night, according to the analysis. The earnings are the second-best annual total of her career.

Meanwhile, last year’s queen, pop star Taylor Swift, had to settle with the third sport with $44 million, a major drop from her overall gross in previous year. It’s expected that T-Swift will be back on top next year, thanks to the release of her recent album “Reputation”, already the best-selling album of 2017, and the upcoming world tour.

Rounding up the top 5 are Céline Dion and Jennifer Lopez. Both artists show how lucrative a Las Vegas residency is with Dion earning $42 million and Lopez with $38 million. Another source of income for the Puerto Rican diva is her job as judge and producer of her new show “World of Dance.”

This time, huge stars such as Madonna, Lady Gaga, Selena Gomez, and Ariana Grande couldn’t make it into the list. They were surpassed by legendary singers such as Dolly Parton (#6 with $37 million) and Barbra Streisand (#10 with $30 million).

The list is compiled after estimating pretax income for a 12-month period from June, 2016 to June, 2017, with data from Nielsen SoundScan, Pollstar, the Recording Industry Association of America and industry insiders.

WATCH: 9 Celebs Who Have Spoken Out Against Body Shaming 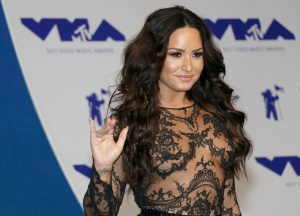