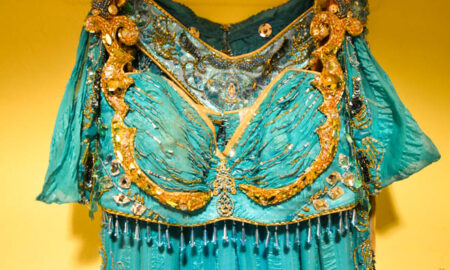 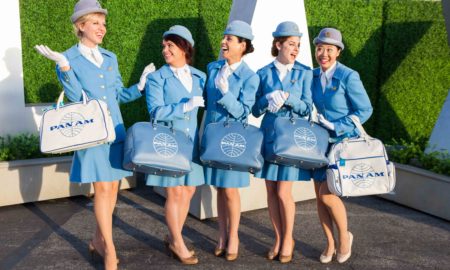 “Fly” with Style at the Pan Am Experience
Prev1 of 2Next

From “The Bachelor” to Insta-fame, Becca Tilley became the goal for every woman who became a contestant on “The Bachelor”. In the first decade of the show’s run, only the winners stayed relevant in the public eye unless they joined the cast of a spin-off or other all-star reality TV show. Now, all of the girls have a shot of a social media presence and even launching a business after the show. Many of them have podcasts, clothing lines, and a few have gotten TV host positions.

If you are one of her 1 million-plus followers on Instagram, you often see her latest travels, collaborations with brands from McDonald’s to Dermalogica, and her beaming smile in her photos with best friend, Bachelorette JoJo Fletcher.
When there are so many other young girls who are posting oversexualized images of themselves, her overall presence is a great example for young girls who want to start a business, whether they got started with a major television show or not. While her good looks might be irresistible to some, it’s her humble, down-to-earth, southern girl charm that keeps fans interested in following her life after the show.

We talked to Becca Tilley about how she went from being a “Bachelor” favorite to a lifestyle blogger, and what to expect from her in the near future!

Makeup magic and shadows by @melissa.hurkman !!! So fun with you today! 💕💕💕 @contourfossa

You were first thrown into the public eye in January 2015, on Chris’s season. Three years later, you’re now a lifestyle blogger and you live in Los Angeles. Did you ever think “The Bachelor” would impact your career goals?

Honestly, I had no idea this would be my life when I first decided to go on “The Bachelor”. I went in thinking, at the very least, that I would be able to travel and have a once-in-a-lifetime experience. At the time, I didn’t realize the business that could come from social media. After both seasons of “The Bachelor”, I went back to my job as a chiropractic assistant and a very normal life. Once I decided to leave my job and move up to Los Angeles, it was a scary but exciting change. I wasn’t sure if people would care about me or what I was doing once I wasn’t on their TV screens anymore. I am overwhelmed on a daily basis that this is my life. Pretty awesome!

Over the last few years, “Bachelor” contestants have also gotten followings on Instagram, but you are one of the few that’s exceeded 1 million without being a Bachelorette. As you started gaining more followers, did you have a business plan? When did you start focusing on your online presence?

I think I was surprised that people cared about me still! I was handling business inquiries on my own and was starting to feel overwhelmed and wasn’t sure how to go about it as a business, because that wasn’t my goal going on the show. I brought in the professionals (Ali Grant & the Be Social team) to get the ball rolling and create a business out of my social media platforms. I still don’t know what I am doing 90% of the time.

Throwback to short and blonde. Missing it. But will change my mind tomorrow. And then again the next day. 🤷🏼‍♀️💁🏼

Fans see “Bachelor” contestants hanging out together all the time. It’s obviously a very tight community. Would you say the majority of your best friends are from the show? Who do you keep in contact with the most?

I have a few really close friends from the show, for sure. JoJo is my closest friend from the show. She is like a sister to me. I am also very close with Ashley I!
Everyone is friendly with each other, so I would consider mostly anyone I’ve met from the franchise a friend. We have all been through a very unique and similar experience, so it instantly bonds you. I have several friends outside of the “Bachelor” world as well. They’re all equally important and special to me! I have the best people in my life!