Backstreet Boys and Avril Lavigne: They’ve Got It Goin’ On

This article is a review of the Backstreet Boys and Avril Lavigne concert in Mountain View on May 25, 2014. 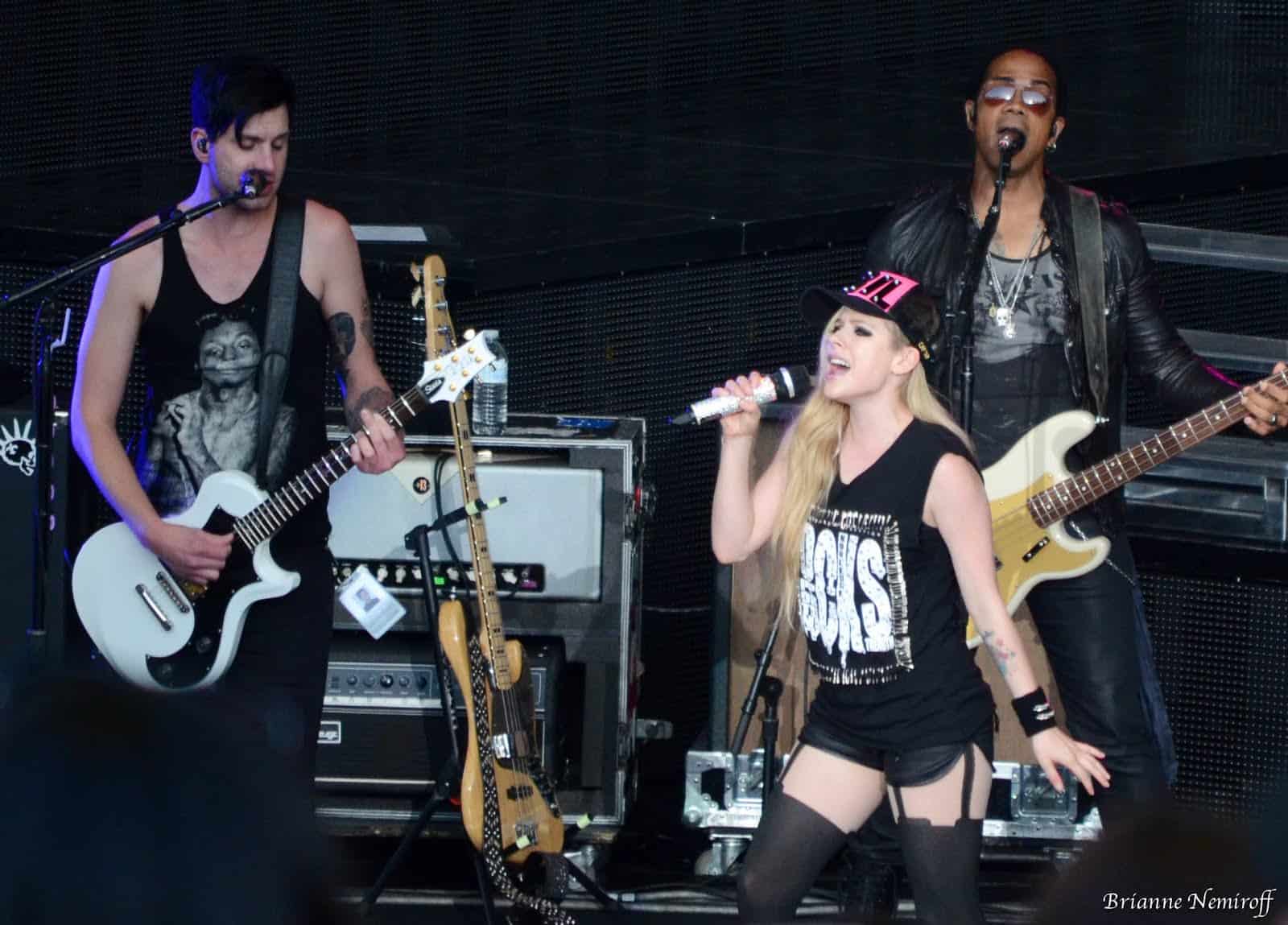 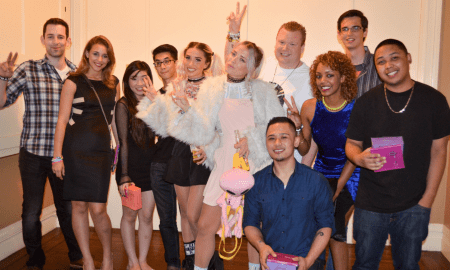 Rebecca and Fiona: “Every Female Can Be Independent In Their Own Way” 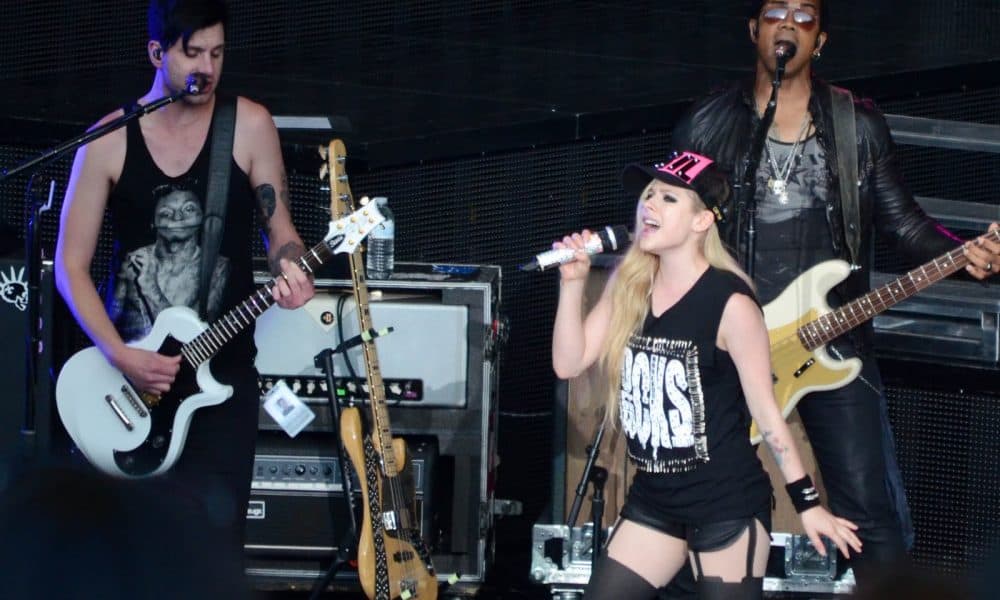 Selling a 100 million records sounds like a unsurpassable goal for any artist. Only about 50 artists have done that in history. Michael Jackson, The Beatles, Elton John, to name a few. But despite that incredible feat, having been in the business for 21 years, the Backstreet Boys are one of those artists, having sold over 130 million records. For those of you who haven’t paid attention to BSB since they dropped their last single off Black and Blue, it is highly encouraged that you to pick up the four records they’ve released since, including their most recent album, In A World Like This, that was released last July. They may have struggled to chart in the U.S. since the early 2000s, but it doesn’t mean their fans have disappeared. BSB fans still fill up arenas like it’s their job, still cry in their presence, and sing along to every lyric they’ve ever written. So for those of you who think no one cares about them anymore, just walk into in a venue where they’re about to make an appearance and you will see how diehard their fans really are. 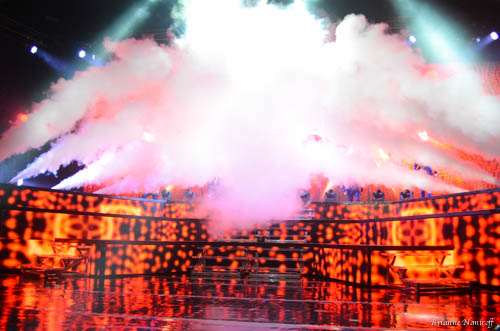 The moment when the Backstreet Boys first walk on stage 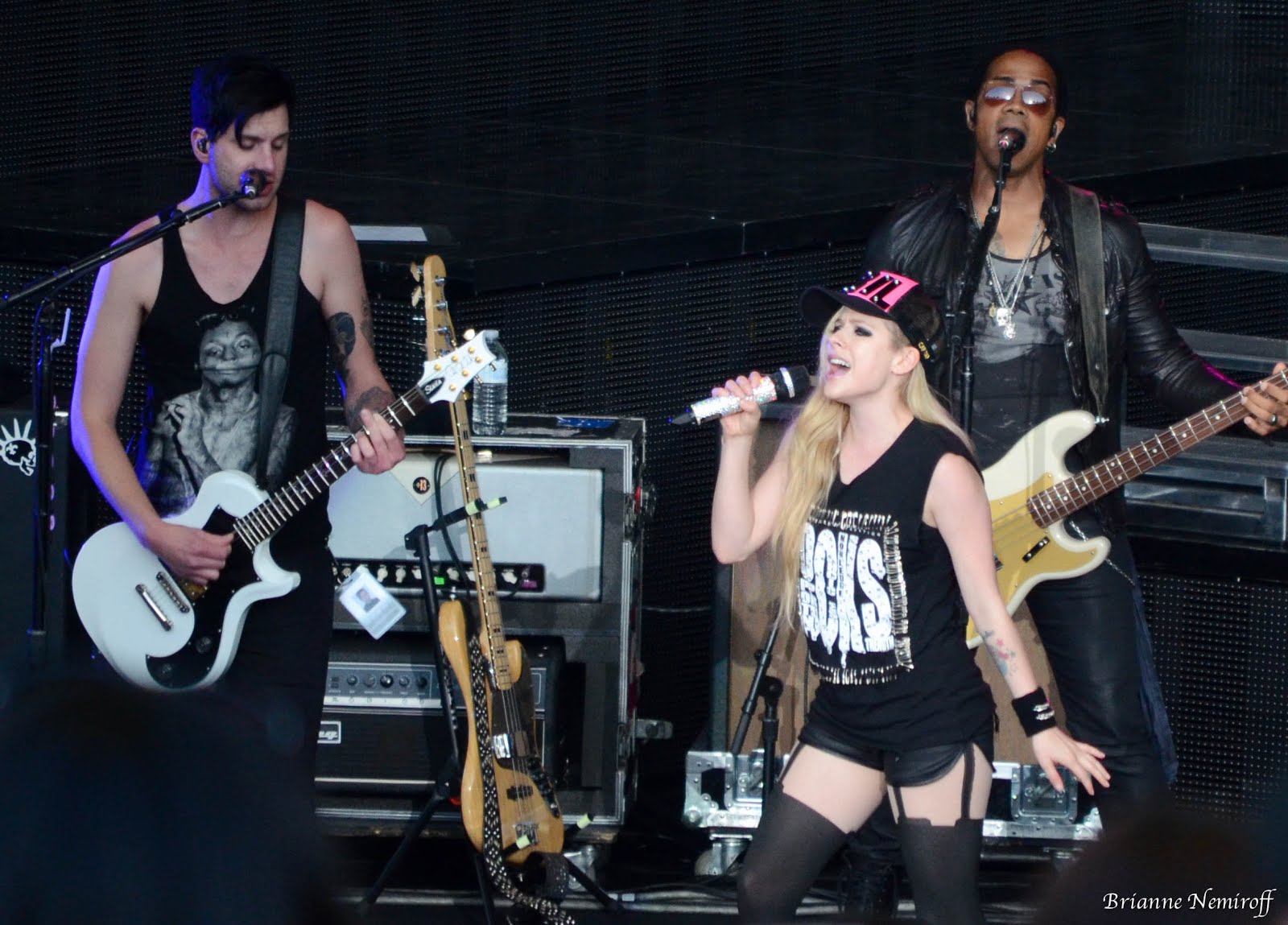 Avril Lavigne and two of her guitarists playing “Girlfriend” 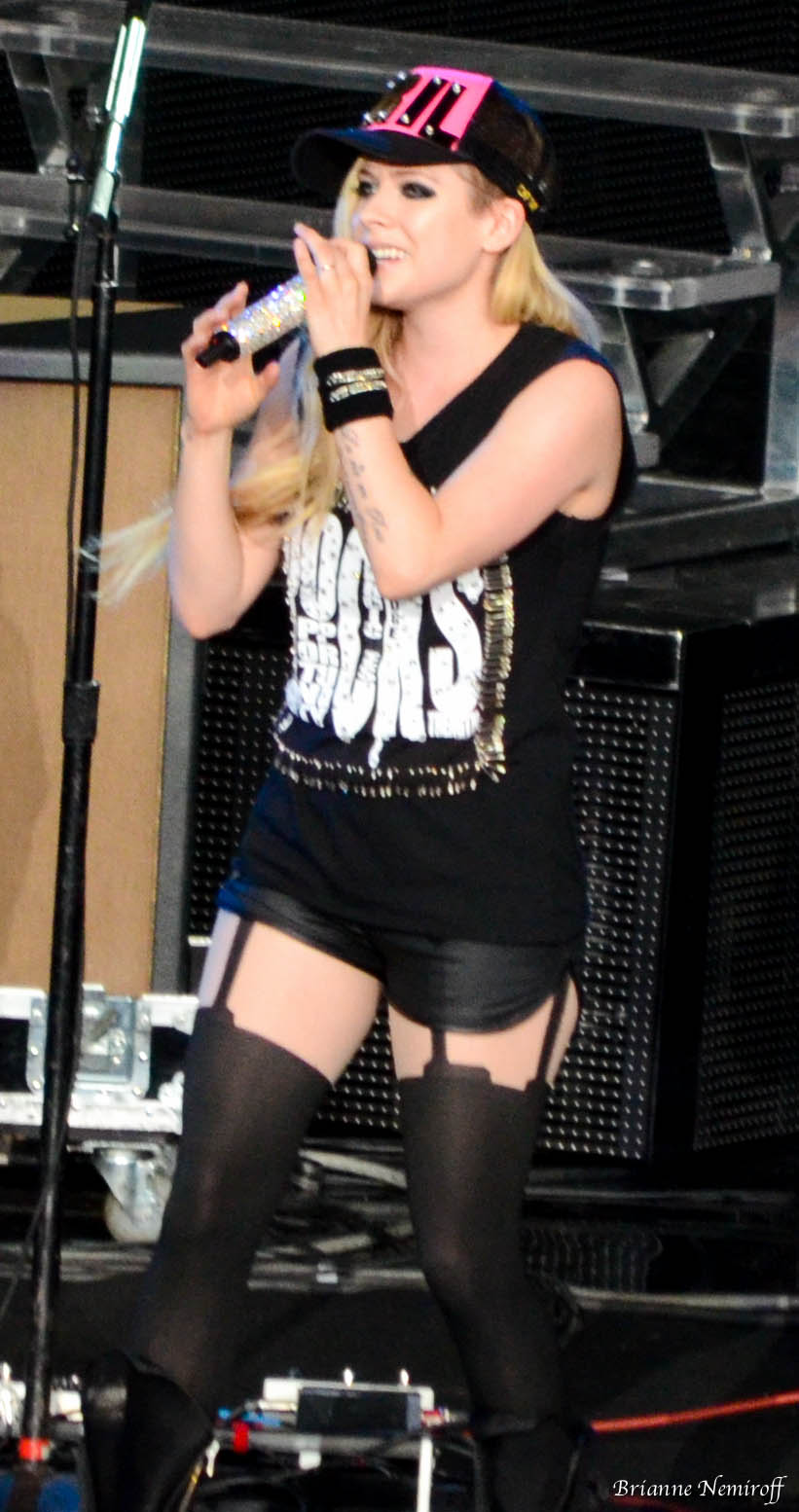 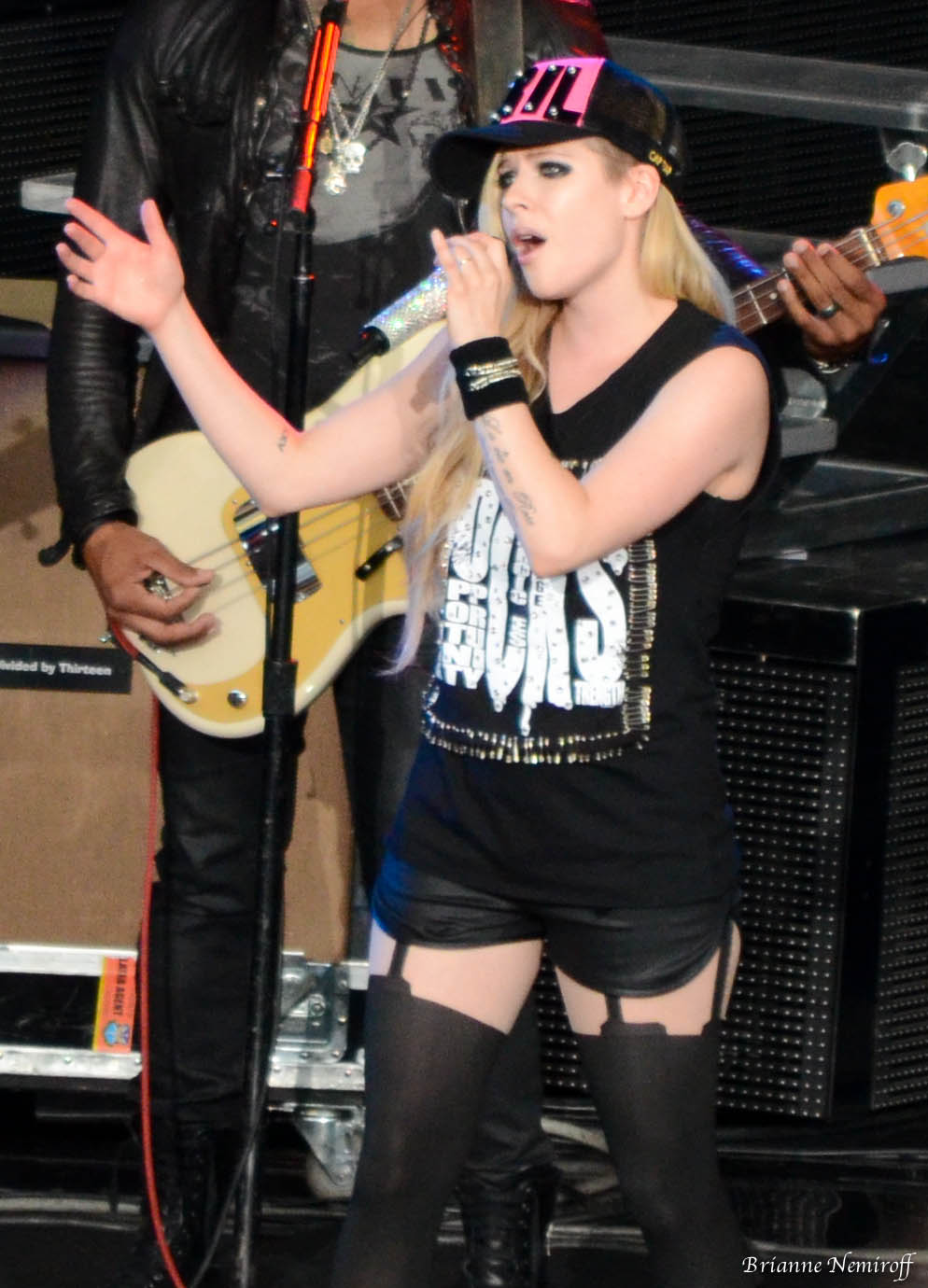 The Backstreet Boys brought along an amazing guest on their tour, Avril Lavigne, for her first U.S. tour in seven years. During her set, she played the majority of her older U.S. singles, “Complicated”, “I’m With You”, “Sk8er Boi”, “Girlfriend”, and “What the Hell”, as well as her two singles off her latest self-titled album, “Let Me Go” and “Here’s to Never Growing Up.” As a big fan of Avril Lavigne, I was hoping to hear more of her new album in her set. But as her set was only 45 minutes long, and she was playing to a U.S. audience she hadn’t played for in years, I can understand why she played her greatest hits. It was still a lot of fun to hear all of my old favorites, but I wish U.S. fans would still buy her records instead of just her singles so she would have a reason to headline in the U.S. I would have loved to hear “Hello Kitty”, “Bad Girl”, “17”, and “Rock N Roll”. I guess I’ll just have to wait until the next time I see her live and hope she has a longer set. 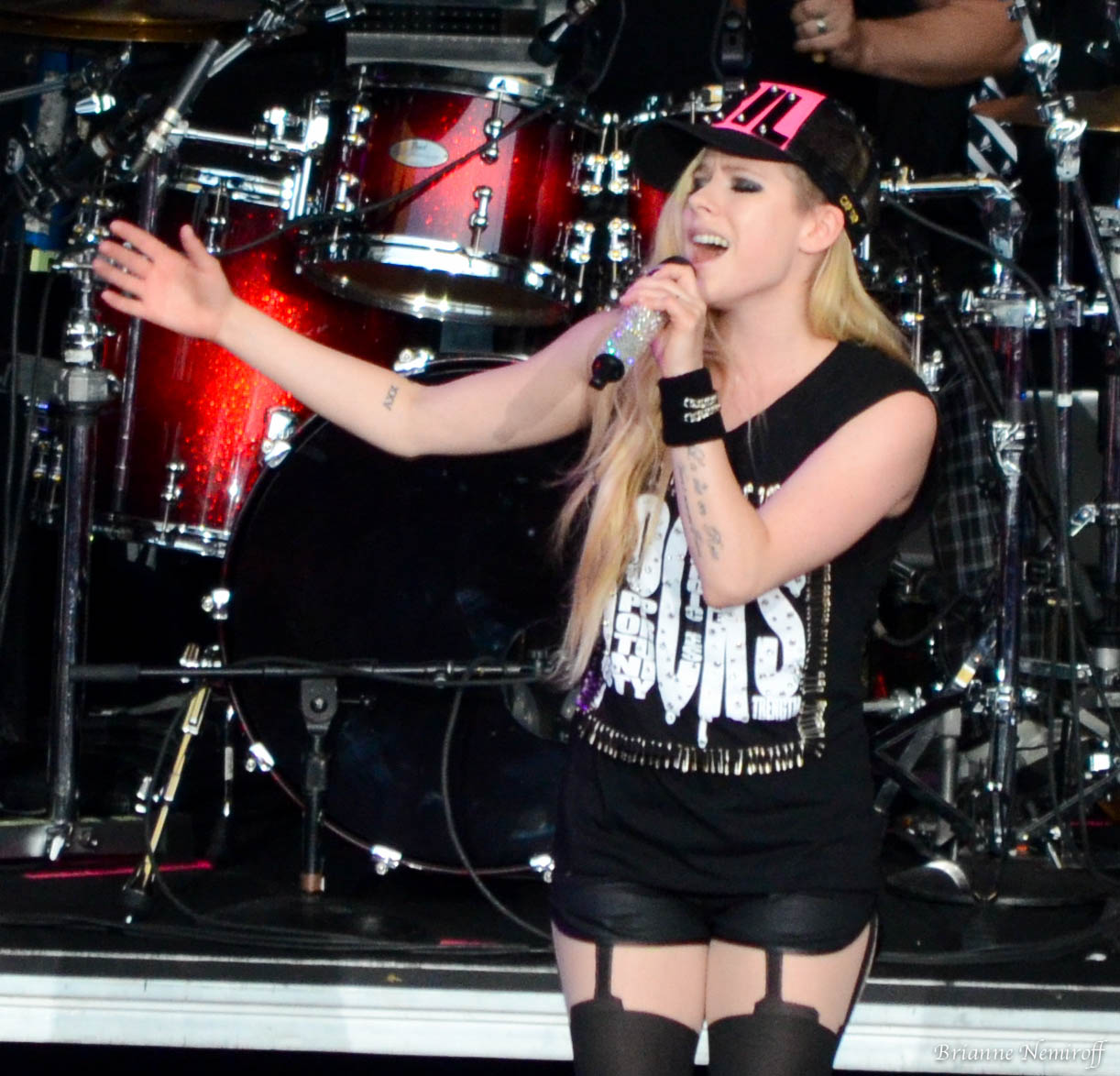 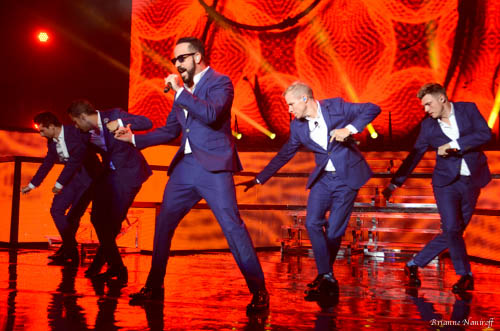 The Backstreet Boys performing “The Call”

As the Backstreet Boys had a much longer set as the headliners, they were able to play everyone’s favorites and play a few from their latest album, as well. But as they have been artists for 21 years, there’s always a song that someone wishes they would play. I wish they would have played “Make Believe”, one of their newer tracks, but I was so excited and surprised to hear them play “We’ve Got it Goin’ On”, from their first album, and “Don’t Want You Back” from Millennium. The fans responded to the tracks off Millennium the best, no surprise there, but were consistently screaming their heads off anytime they danced or said something funny. Unlike a lot of the other artists who are currently charting in the U.S., the Backstreet Boys are incredibly talented and have stayed humble and classy after all of these years. And the fact that they toured with Avril Lavigne, one of my other favorite artists for over a decade, just makes me like them even more. They know talent and class when they see it and I believe I do, too. So trust me on this. Pick up their latest albums and try to catch them in your city before it’s too late! 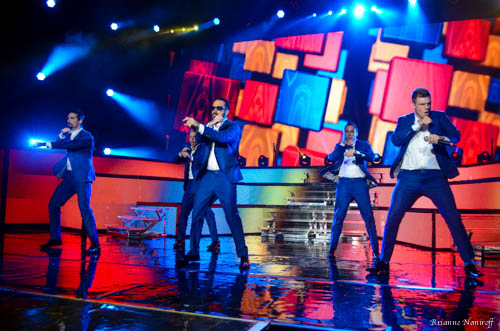 The Backstreet Boys performing “Don’t Want You Back” 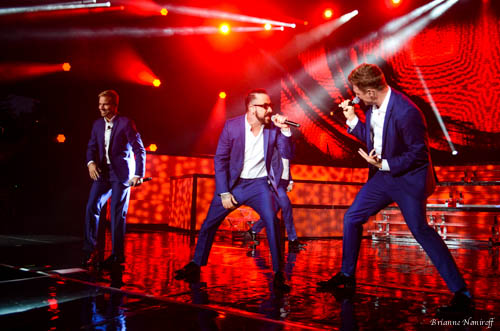 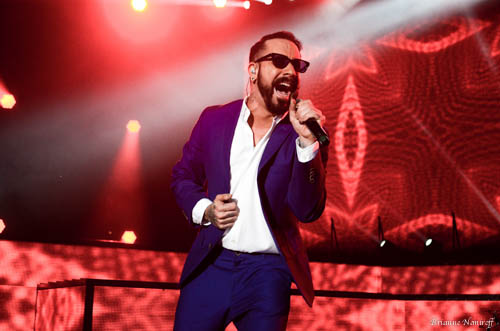 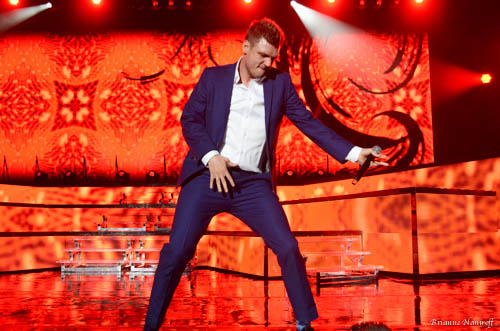 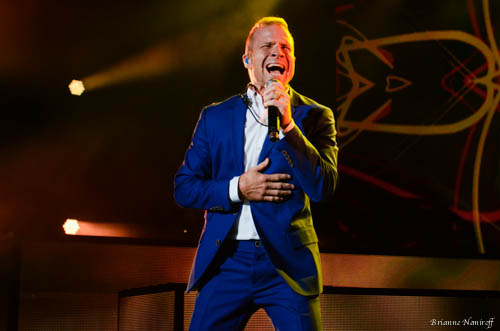 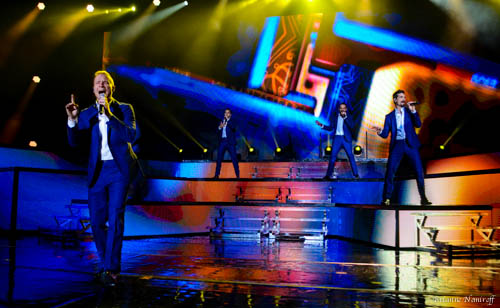 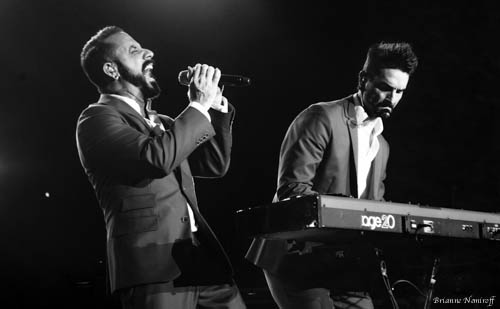