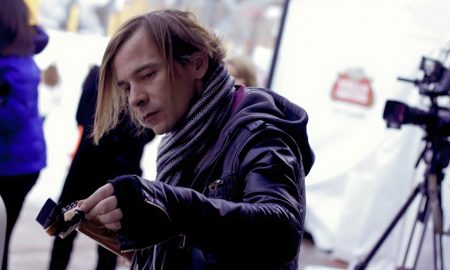 Sacha Delone “Everyone Can be Glam in One Way or Another”

Vegan Fashion, The New Unstoppable Trend
Prev1 of 3Next

This girl is a knockout

After growing up in a repressed small town of Small Prairie, Wisconsin, Antje Utgaard finally got to spread her wings and express herself by moving to Los Angeles at the age of 20 to further her modeling career. She was called “A Gift from the Instagram Gods” by Maxim and dubbed the “Next Kate Upton” by PLAYBOY. Not too shabby.

We talked to the gorgeous budding model about her career path, how she handles aggressive men on social media, and why moving to California helped her express her truest self.

You toured with the Radio City Rockettes in college before becoming a model. What made you realize the life of a model was more your path?

I realized that I wanted to go to college first and better my credibility in the dance world. While at Minnesota State University, I toured with the Radio City Rockettes, [but soon] lost my passion for dance. A company reached out to me when they saw my picture on Facebook. They said they needed a girl for a calendar shoot. I said yes, gave [modeling] a try, and really liked it. Then, I didn’t do anything with modeling for six months, but I won a competition based off a photo of my face on Facebook and I got to do a photoshoot and I didn’t really like it. At this point, I had 300 followers [on Instagram]. Soon after, I was dating a guy on the university’s football team and I sent him a selfie. He saw it, sent it to a [sports Instagram] account, they posted it, and I got my first 1 thousand followers. Then I started doing more sexy selfies .≤cause people liked it. I had always wanted to be a model since I was a little girl. Finally, I decided to take my own pictures until I moved to California a year and half ago, when I was 20.

It’s definitely perceived a lot differently. Back home, there’s more judgment. They’re uncomfortable with pretty people. I like to think I have good Scandinavian genes. People were very judgmental of the selfies I was taking. I got a lot of hate and that’s when I moved to California, where it’s the new norm. You can look the way you want to look and everyone is OK with it. But [back home], if you wear a sexy dress, it’s frowned upon.

The majority of your Instagram showcases glamour shots from your photo shoots. With your glamorous persona, do you feel pressure to dress up or look sexy every time you leave the house or is getting dressed up something you naturally love to do?

It’s something I definitely love to do. I’ve always liked to dress up, I like to be glamorous. When I do my own makeup, it’s me time. I really enjoy it. I can’t do hair to save my life! Drybar is my life! I used to use makeup as a security blanket, but my style has definitely changed since I moved out here. A lot more is accepted. I can be as sexy and fun as I want. I wore a red latex two-piece with a faux fur coat [the other day]. I could never wear that in the Midwest. As far as my makeup goes, I’ve become more comfortable with who I am and what I look like now, so I’ve learned to wear less makeup. I can look pretty in different ways – gorgeous, sexy, and cute. In the Midwest, I like to look the same exact way all the time because less is accepted.