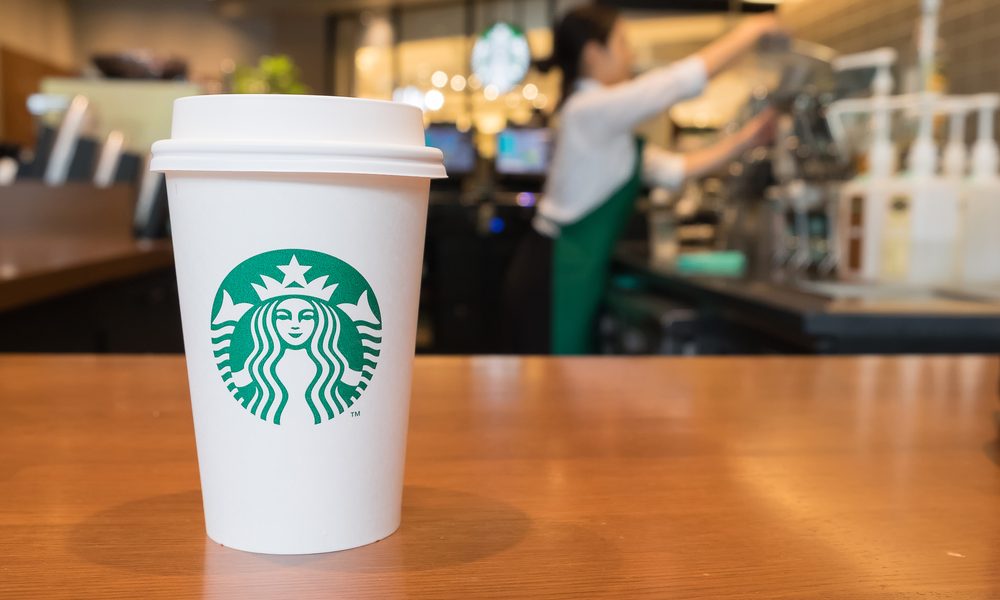 One of Starbucks coffee shops located in Amsterdam displayed a sign promoting veganism to its customers.
A photo of the handwritten sign, as noted by Plant Based News, was shared on the social media platform Reddit, in which they also listed a number of the chain’s vegan options.

The banner said “Barista’s Top Five Choices” listed under a text that reads “#GoVegan.” The five options included are the franchise plant-based beverages such as Coconut Matcha Latte, Almond Cold Brew, Shaken Infused Ice Tea, Rwanda Mushroom Latte, and Soy Chai Tea Latte, which in some country contains honey, so is not quite vegan after all. 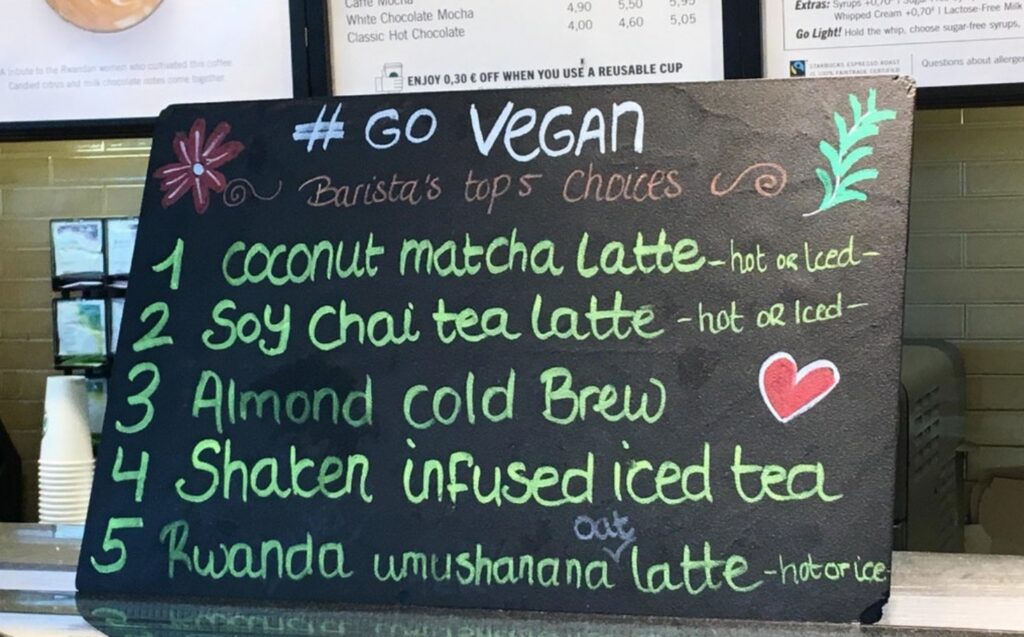 Since 2016, Starbucks has made this turn towards veganism by adding almond milk to its menu and has since promoted its plant-based alternatives. In June, Starbucks launched four vegan food options to its U.K. shops (wraps, cake, and a mango fruit pot) and it has expanded its vegan options in different countries, including the vegan bagel in Canada.

The brand’s COO Rosalind Brewer announced a plant-based smoothies
last month and that a food line was about to be released to United States Starbucks locations by the end of the year. For the company, it’s just a matter of listening to their customers and respond to their desire for more plant-based options. “We know our customers ask us that repeatedly, and we’ll be responding,” said Brewer. 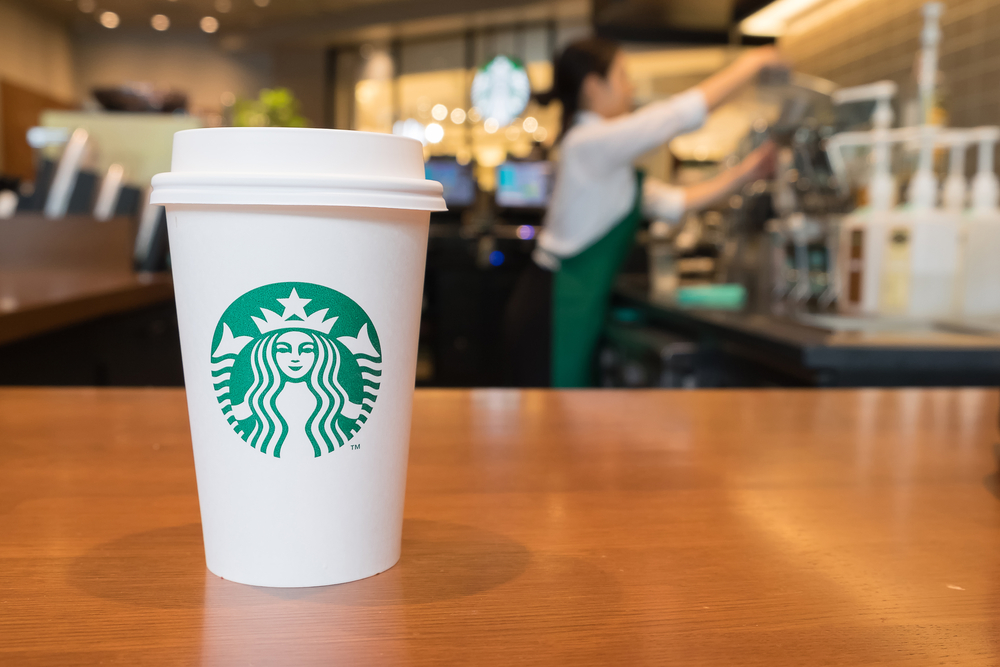