There has been an increasing trend of brand new vegan fast-food, diners, and drive-thrus opening all over the U.S. But now there’s an In-N-Out-like
restaurant that opened its doors in Koreatown called Monty’s Good Burger.

The food joint offers also a single or double burger on a Bosch Bakery bun and it’s layered with lettuce, tomato, pickles, melty cheese, and grilled onions. But as reported by the LA Times, Monty’s version “is made with the Impossible Burger meatless patty and vegan cheese.” The publication included the restaurant among its round-up of new places to enjoy in the neighborhood.

TAG the one person you would share this with. (We understand if you tag yourself) #DATENIGHT #♥️♥️ #loveatfirstbite | 📷: @joelesvegan

The restaurant was started by Goldenvoice festival producers Nic Adler and Bill Fold, known for setting pop-up restaurants at events such as Eat Drink Vegan, Stagecoach, Arroyo Seco, and Coachella, along with Erin and Derric Swinfard of Monster Media and Dirk and Amy Alton of Best Beverage Catering.

After their success with the music fest crowd, the group decided to open their first brick-and-mortar location on Western Avenue near West 5th Street in Koreatown. They also have plans to expand to the Riverside Food Lab food hall, as well.

The vegan version of the food cult classic received instant acclaim. Adler said in an interview with LIVEKINDLY that the Yelp reviews were so positive, the website rejected to publish some of the five-star ratings, in order to avoid an unfair bias. But Adler confirmed that all the positive feedback was completely organic and it wasn’t promotional pushed made by the company.

Thanks to Monty’s Good Burger, all the people in LA can enjoy a classic In-N-Out experience that’s 100 percent cruelty-free! 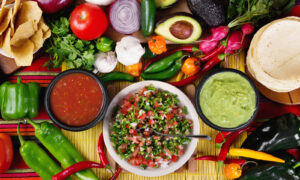