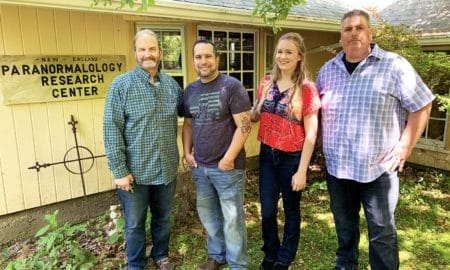 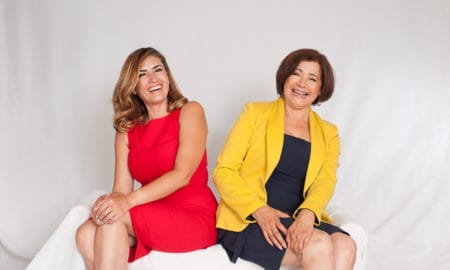 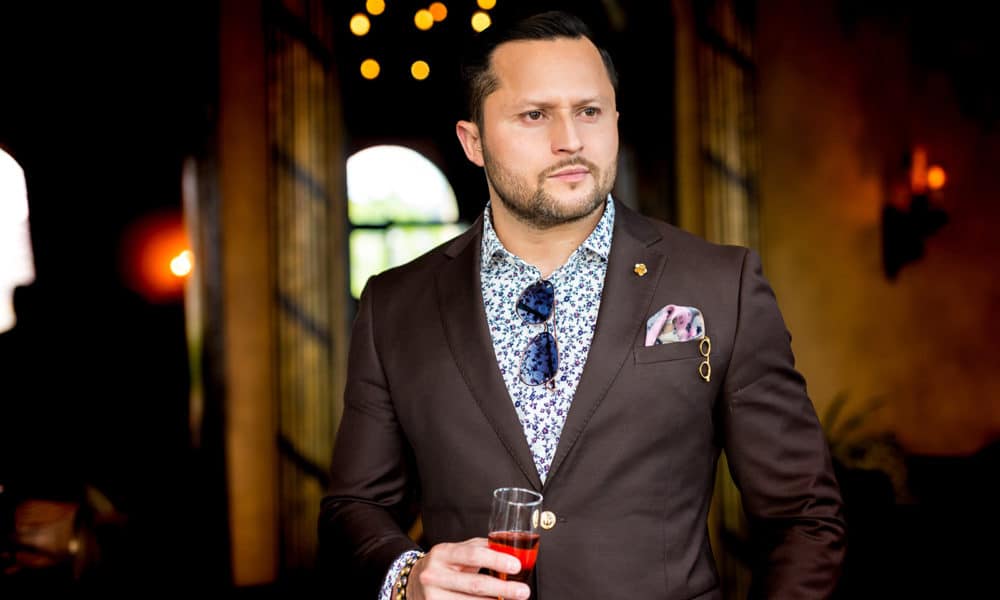 The Story of Oskar Rivera

Oskar Rivera is a well-known branding agent in Hollywood. He is also the CEO and owner of Rivera Productions. Rivera Productions is a company that specializes in marketing, branding, product placements, private labels, endorsements and producing exclusive events. Oskar continually works hard and is known for going above and beyond for each of the clients that he represents. He is also a master of connections, as he is naturally an outgoing and accepting person who makes friends wherever he goes. He always dresses to perfection; you will never find a flaw in the way he dresses. However, just like many shining stars with big hearts and impeccable style, he gets misunderstood. In fact, he gets misunderstood a lot.

We decided to sit down with this El Salvadorian powerhouse to get his thoughts on a couple of topics about “LA” and “the industry”, and here’s what we’ve learned.

Oskar had a beautiful childhood in El Salvador. He had loving parents who taught him discipline and the value of a strong work ethic. “I had to work hard to deserve things.” Oskar told us, “I was taught to always respect people and to be honest.” And that teaching showed through as Oskar grew up to be humble and hard working. Oskar also grew up with three loving sisters who taught him all about style. It was most likely his childhood that not only gave Oskar an impeccable sense of style as an adult, but also made him feel very comfortable around women.

Growing up around classy women, Oskar knows how to dress properly. Many see his attire as flamboyant or over-the-top, but this is a professional business, and everyone should rise to the occasion and dress with style. “People would always ask me, ‘Who are you trying to impress?’ But I always dressed like this.” Oskar said.

In fact, when we asked him about his first impression of the fashion in Los Angeles, Oskar said, “There is no fashion. When I started going to all these events, the first thing that I realized is that it’s very rare to see people dressed according to the event you go to. It’s a lack of style and education of fashion.”

Feeling secure in himself and his own personal style, Oskar never tried to change himself and did not conform when he moved to Hollywood, though he was made fun of for always dressing “too nice”. “I don’t care if they like me. I’m not here for people to like me. I’m just going to be myself,” Oskar would tell himself. “Nobody likes to see anyone doing well in our industry here, especially in this town. I was struggling like crazy and running around to build my network and get connected. I NEVER tried to fit in. I was always me.”

Despite not fitting in, Oskar worked hard to try and pave his way in Hollywood for years. Since he wasn’t initially making money in the industry that he wanted to be in, Oskar made money installing awnings and working in a construction company, as well as standing in as the salad guy at a restaurant. While Oskar didn’t mind getting his hands dirty, he knew that his potential was greater than that and wanted to achieve more in Hollywood.

There was one day where he was sitting in a truck with his brother-in-law while working in construction. His brother-in-law asked him, “What are you doing here? You’re not happy working jobs like this.” It was in that moment where Oskar quit the menial 9-5 job industry and never looked back.

From then on, he committed to the future he wanted for himself. With that, he began acting classes at Pierce college. That’s how it all started. Oskar reflected, “I always had the desire to be in front of the camera. I was the life of the party growing up, always recording myself and taking pictures, so the natural path for me seemed to lead me to Hollywood.”

While it’s always a struggle to be an actor, it was harder for Oskar than most, as he was a foreigner. “You can’t join SAG or central casting if you’re an immigrant without working privileges and when you don’t know the language well.” It was a real struggle for him. But Oskar persevered. He told himself, “Just keep going. You know what to do.”  He recognized that he didn’t need to speak perfect English. He needed the confidence to see that if he fit a role, it would be his, and he recognized that.

He briefly tried modeling, and that inevitably set him in the direction of his true path. On the night of Oskar’s first runway gig, which didn’t go very well, he got off the runway and noticed all the vendors in the room. He went to every table to talked to each person, and he realized that these are the people making the money, not the actors or models that were struggling in LA. “The companies are paying them money to be here. And when I was looking around, I thought- I can to do this. I can connect myself to brands. But I was just Oskar Rivera then. I didn’t have any connections.” But that’s where it all started.

Oskar went through many jobs and stations in his life before finding himself and what he truly wanted to do in Hollywood, but it didn’t discourage him. Instead, he took the criticism constructively and worked on himself. “You have to be realistic with yourself and try different things to see what’s right for you. I wasn’t being myself until I started producing and representing people and brands,” said Oskar.

After the night of that runway show, Oskar went to school for business administration, realizing that being a branding agent was his true path in life. “Something inside of me was telling me that I knew how to survive and make money and help others. I made the right decision because now I wake up excited every day. I also save more money than when I was in construction. And look where I am now.”

Oskar’s first client in the branding world was Moreno BHLV. He connected with Mr. Luins Williams, the owner of the sparkling wine brand, as the two shared a similar sense of style. “My first check was only $100,” said Oskar, “and I was very proud.” Today, Oskar owns his own private label on behalf of Moreno BHLV. “That opened the door for other brands, and that’s how I was able to register my company. That one relationship opened the doors and led me to start Rivera Productions, which is my company that specializes in marketing, branding, product placements, private labels, endorsements and producing exclusive events.”

It was here in his work as a branding agent where Oskar truly learned to value himself and the work that he did. He became a true businessman. “When you’re the connector, you are a phone call away from changing peoples’ lives for good.  That’s the beauty when you’ve already built your name, brand, and company. I went from being the guy who didn’t know anybody in the business to being the go-to guy for almost everyone in the business; that was where I wound up.”

As Oskar developed his brands and relationships, since he grew up with women and related to them, he began to quickly and effortlessly surround himself with the beautiful women of Hollywood. He quickly learned that “if you’re a man in Hollywood and you are associated with beautiful women, right away people think you’re a pimp.” Oskar explained this to us, “When you talk about the beauty industry, you’re talking about women in general. This is the industry I’m in and the demographic I’m around. Working with skincare companies and surgeons, who are you going to work with? Women. Women are the demographic. So, you really do end up being surrounded by that.”

Gaining a false reputation in Hollywood by the fact that he was surrounded by beautiful women all the time led him to disconnect himself from 99% of the people he used to be around. So, it was at this point where Oskar stepped back and closed off his circle of friends, dedicating his time and energy to helping those who really deserved it and appreciated him.

Perhaps one of the reasons Oskar is so successful is because he is old-school in his ways. He is dedicated to in-person meetings and doesn’t see the value or importance of social media. In fact, he encourages people to meet him face to face. He looks around at the new age of Hollywood and says, “I just wish people in the industry were humbler and more realistic.” He values real people, so it was important for him to clean up his circle in the end.

Now, after years of successful work in branding and after cutting out the people who were not adding to his happiness, Oskar says, “The people that were once hesitating to work with me are now dying to work with me.” He supports his choice to only work with a select group of people, as it is important for his own piece of mind. He doesn’t define success through money, but rather through his own fulfillment. Oskar reflected, “I just feel that if I die tonight, I would go happy. Because in my own work, I proved many people wrong, and I proved myself to me. If I took you back to my roots, you wouldn’t believe the person I am now.”

What’s next for Oskar? In many years, after he chooses to end his successful career as a branding agent, Oskar is hoping to return to his beautiful country of El Salvador to enjoy life. But he is still committing his time and energy to enjoying and working in LA for the time being. Oskar reflects that “LA taught me to value and respect myself.”

We couldn’t let Oskar leave without asking him for his advice on the business of Hollywood and, of course, all about his killer style. When we asked Oskar what advice he would like to give to those who are pursuing their dreams, he replied, “They better be ready to go through hell. A lot of people think success is a perfect road. It’s not. It’s a long journey. You need to find yourself- your true self and true purpose. After that, you need to make a plan and stick to the plan. There’s a lot of sweat, tears, and disappointment. I still consider myself a work in progress, because you are always learning.” He also added that “What you give is what you get.” So be ready to give 110% like Oskar did while he was building his business.

Finally, we just had to ask Oskar what his top 5 fashion tips for men are.

1- Work out and be healthy.

2- Learn to match colors and patterns. – Read up on it.

3- A handkerchief makes a big difference on a suit. It is the final touch that defines the suit.

4- Match shoes according to the color of your suit and the occasion. (If you understand colors and patterns, you’ll choose the right shoes.)

5- Lapel pins are always convenient to styling the suit. Always go for a metal, more sophisticated, clean pin verses a bigger fabricated pin that is more suitable for weddings.

Oskar ended this thought by urging men to always have your suit tailored perfectly to your body. “You can have the best accessories, but if the suit isn’t tailored, it won’t look good.”

“Fly” with Style at the Pan Am Experience 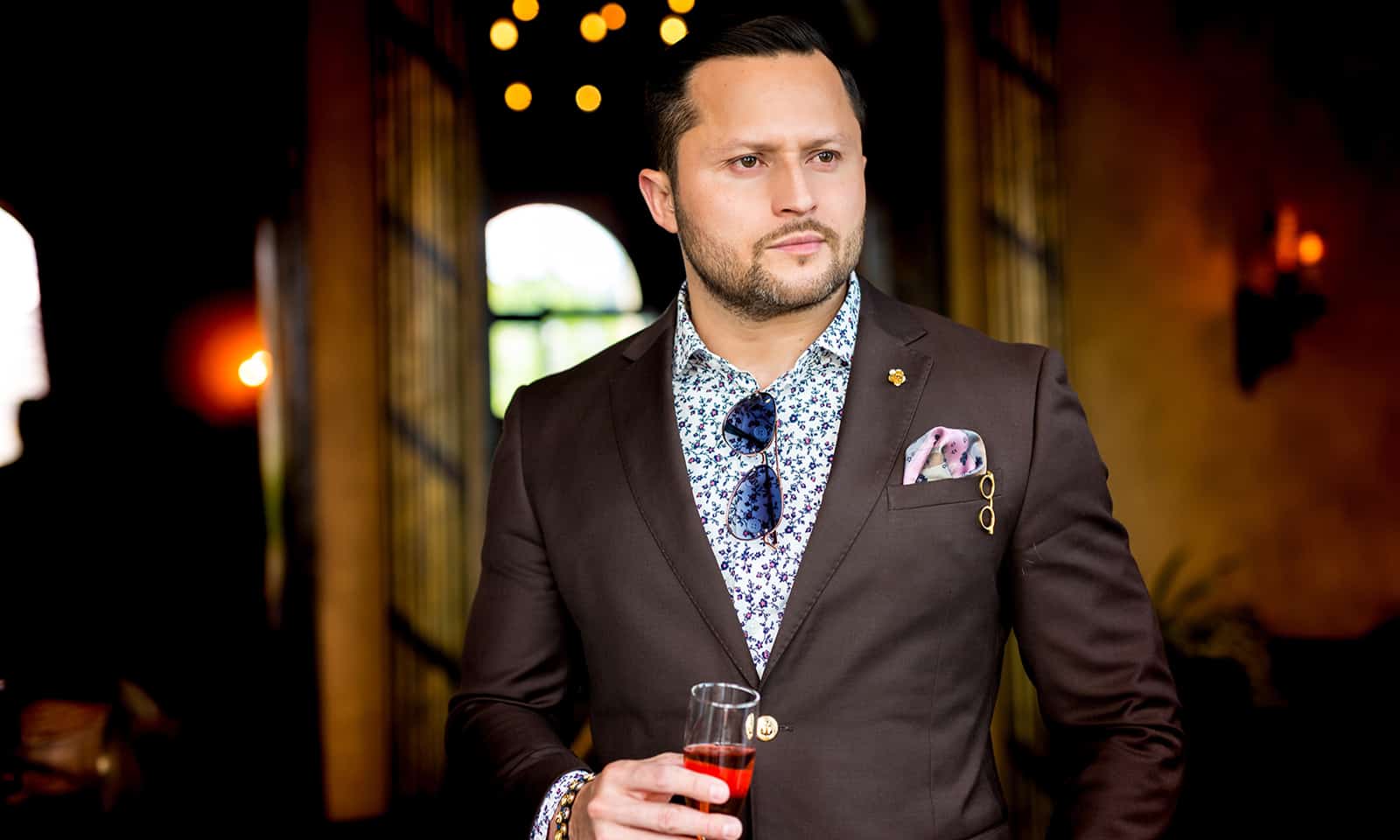