8 Stars that are Reinventing 90s Style

Through barrettes, massive claw clips, chunky chokers, shoes, prints, and mini-skirts, the 90s are still very much with us. Celebrities are taking advantage of the most fashionable items from that decade and are breathing a new life into them. Here are our favorite celebs that are rocking the 90s style:

Charli XCX is the new retro-glam princess of pop. Wearing 90s chokers, weird 90s animal prints, and wavy, big hair, Charli is the poster girl for a wild, awkward generation that she was probably too young to have really lived through firsthand.

From the track suits to her crop tops, along with the pony tail, FKA is here to bring back the 90s in a glorious way. This aesthetic is nothing new for the talented artist, often compared to 90s icon Sade. FKA Twigs has explored the decade in her makeup, braids and accessories.

Del Rey made retro her signature. Even though she started with a 60s look, the singer loves to play with nostalgia and has embraced the glamor of the 90s, as well. You can see her wearing baby-doll dresses and denim + sweater combos and can find her looking like a grunge girl.

These fashionable sisters rocked the runway while wearing black accordion headbands. Bella and Gigi are also big fans of the denim and t-shirt look.

Closing my dear @prabalgurung show tonight. Each time I walk your show, i become more inspired and enlightened by you and the messages you want to share with the world. You and your wonderful show make me happy. Thank u P❤️

Move over, Kaia! There’s a new Cindy Crawford on the runway! Ashley Graham rocked a curled up-do, gathered at the side and pinned into a twist that made her look just like Crawford in a Valentino ad.

90s school-girl is definitely a part of Ariana Grande’s brand. The singer is noted for rocking thigh-high socks and giving a touch of 90s nostalgia.

90s icon Linda Evangelista was synonymous with a fierce French twist, and now Olivia Culpo has followed this trend and gave it a 2018 update. And of course, she’s also a huge fan of the 90s fanny pack.

It is unbelievable that 1 in 10 people go without access to safe water worldwide. But YOU can help. I’m partnering with @StellaArtois again to help bring attention to the global water crisis. By purchasing 1 chalice @StellaArtois will help @water provide 5 years of clean water for someone in the developing world. #ad #1Chalice5Years

With her love for track suits and 90s hair, this Generation-Z representative is all about the decade that came before her. Kendall started fashion week with an up-do that resembled the iconic Claudia Schiffer, and she also sported a 90s-style plaid mini-dress. And let’s not forget about the fanny pack! Jenner has been practically in charge of bringing the infamous purse back into the spotlight. Even her famous sisters have been leaving behind their designer handbags for designer fanny packs.

Thought about just retiring after this and making it my last hairdo @kendalljenner 🙋🏻‍♀️🎤⬇️ @marnixmarni x @kaleteter x #jenatkinhair how-to in my stories☝🏼 btw no extensions were used on shoulder length hair! Get creative you can still throw dat hair up high!! @dysonhair @theouai 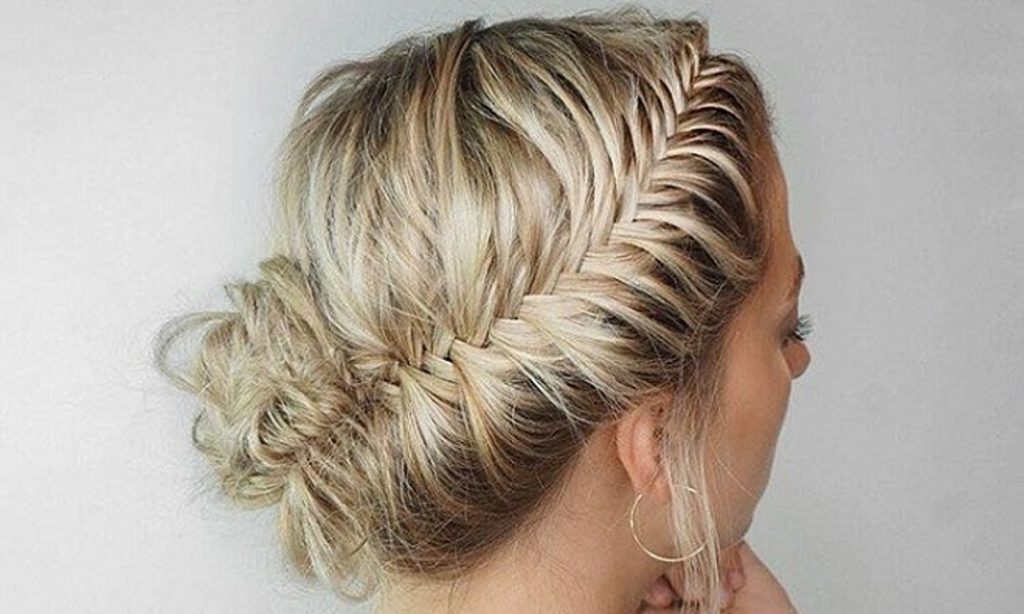