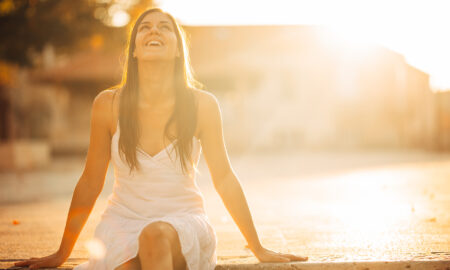 The Literal Heart-Healing Power of Kindness 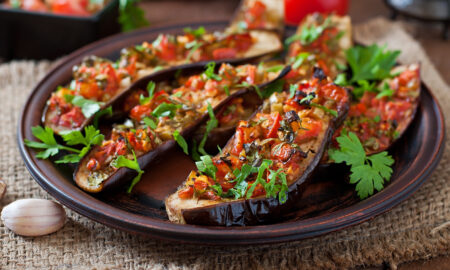 Transitioning to a Vegan Diet

Do notches in your lipstick case really matter? Do you need to disclose “your number” with a new partner, or even your spouse?

No, you don’t. Disclosure of any personal information is a choice. You don’t have to choose dishonesty. You can choose not to disclose.

As a therapist, I see clients that struggle with whether or not to tell their partner how many people they have slept with.

We live in a culture that is wrapped up in the emotional value of numbers.

The number on the scale to the number in our bank accounts helps us create a certain idea how of we judge ourselves and others.

This also rings true for the amount of people that we have had sex with.

When we finally muster up the courage to ask for that dreaded number, we cringe at getting the question in return.

Many times, people are not truthful regarding the number due to fear of judgment. Here is a list of why you shouldn’t tell your partner your sexy numerical value. If you read through this list and still want to drop the number bomb, go for it.

Lesbians do not use (a living, breathing, on a person penis) penis penetration for sex, causing even the most saucy lesbian to have a low number.

So, if mechanically putting a penis into a vagina rings a bell and increases your number, is it really that relevant?

If it still matters: Ask your partner about total sexual experiences. Ask them how they define sex and what role it plays in their life.

These questions will give you more insight than a numerical digit.

Imagine two 30-year-old women. One was married a virgin and stayed married for ten years and when she recently divorced, she slept with ten men in a month bringing her number to 11.

The other has been mostly single, but has sex in the brief, yet committed and monogamous relationships that she had that lasted 1-6 months. After well over a decade of this, her number might easily be towards 50. Are one of these women better than the other? The number states nothing about the reason, level of enjoyment, or quality of the sex.

If it still matters: Discuss the frequency of sex that your partner wants and has had. Does your partner value slow and steady accumulation of partners, or it your partner more of a hedonist that values plentiful pleasure?

Either one can add benefit to your relationship.

Some couples agree to be in a polyamorous relationship or one that involves swinging.

Poly relationships typically involve some type of meaning, attachment, and intimacy. Swinging more often involves a couple that engages in sex with others as a means of recreation. Both of these acts are consensual and agreed on prior to the behavior.

Therefore, is someone was in a poly relationship that also involved swinging for one year and they ended the relationship (usually not due to the open relationship dynamic), their number may have just shot up 5, 10, or even 20 notches. Does this matter if it was all consensual, enjoyable, and fair?

If it still matters: Ask your partner if they have ever been in an open relationship.

This question will provide you with more insight about your partner’s history and challenge your own ideas about what it may be like for you to experience an open relationship.

The number of partners that you have had is not directly related to the likelihood that you will have contracted a sexually transmitted infection. Some statistics do imply this, but when a person is careful with protection, partner selection, and other sexually safe behaviors, it is less likely to contract something.

I had a client that reported sleeping with over 100 men, usually compulsively and even in public. She always used protection and never had an issue. Another client reported that she got gonorrhea when she had sex for the first time at the age of 18, older than the national average age to lose one’s virginity.

When we ask about someone’s sex partner count, we may really want to know how safe they are. We sometimes have an illusion of safety when our partner has not slept with many other people.

If it still matters: Instead of asking for their number, ask them how they have practiced safe sex in both committed and casual relationships in the past. Get tested together and compare results.

Another common misconception is that the more sex you have, the better you will be at it. Oh, how wrong that is.

For example, if a guy has a lot of sex with different non-communicative partners that are not reinforcing his poor skills, how will he ever know to make a change. He will just keep banging away, leaving a string of disappointment and unsatisfied women. In a study done by the Iranian Journal of Psychiatry, most of the participants report high or moderate satisfaction in their sex life while married. None reported not being satisfied at all. (*Ziaee, T., Jannati, Y., Mobasheri, E., Taghavi, T., Abdollahi, H., Modanloo, M., & Behnampour, N. (2014). The Relationship between Marital and Sexual Satisfaction among Married Women Employees at Golestan University of Medical Sciences, Iran.
Iranian Journal of Psychiatry and Behavioral Sciences,8(2), 44.¨51. ) A long-term relationship allows the partners to build intimacy and trust which can lead to more experimentation, communication, and ultimately better sex.

Ask your partner if they feel confident in their sexual skills. There may be something that they feel especially good at, or something they want to improve on that they can always try out on you.

If a woman likes pleasurable sex, that makes her…. normal. Same goes with her male counterpart. Let’s stop the slut shaming now and appreciate people that know what feels good for them.

Start a dialog with your partner about their perceptions of gender and sex.

Does your boyfriend think that girls that wear short skirts are “sluts”? Or does your girlfriend dismiss guys that hit on her at bars as “players”? Talk about the real experiences and drives about sexuality and how it relates to both gender and culture.

Men are said to report a higher number, usually to their male peers. Women report a lower number, usually due to fear of judgment and shame. Let’s get logical and do the math. If about half of the world is male and half of the world is female, considering heterosexual people in this pondering, every time a man has sex…. so does a woman. So the numbers just don’t add up when men report many times greater of a number than women.

It may even out a lot more than you had thought.

Instead of asking for the number, ask if your partner feels the need to boost to friends, or feels shame about the number of sex partners.

Jealousy is something that we have all felt in a relationship at some point in time, and hopefully learned to cope with.

It’s that pit of your stomach, nauseous, hair-raising discomfort that stems from a fear of losing something. Jealousy is really a fear of loss.

Hearing your partner’s sex partner number may bring up those uncomfortable feelings of jealousy. If you aren’t able to cope with jealousy, steer clear of that number.

Chances are whatever number they tell you, even if it is 1, will feel like one too many.

Talk about jealousy. Learn to cope with jealousy. Ask yourself what is the worst thing that will happen if you partner had slept with 1, 5, or 50 people prior to you.

What is it that scares you? Work through it in a journal, with a friend, or therapist.

Ultimately, it’s just a number with cultural emotions attached to it.

Disregard the number and get down to the real dirt of meaning, feelings, and experience. Then go live your own life and enjoy the sex that you are having today. 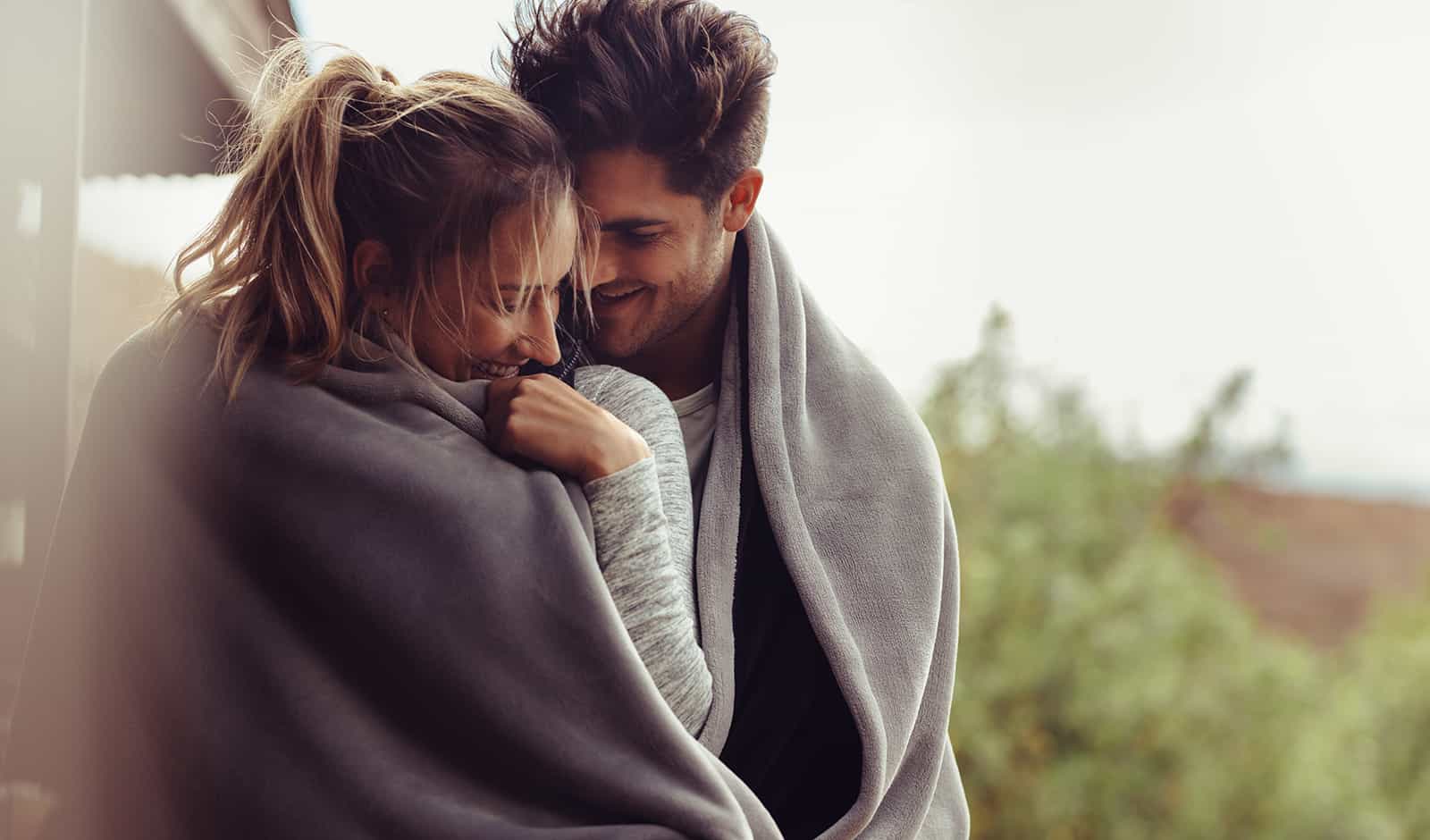