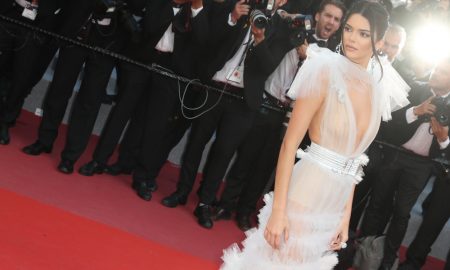 The Most Memorable Naked Dresses in Fashion History 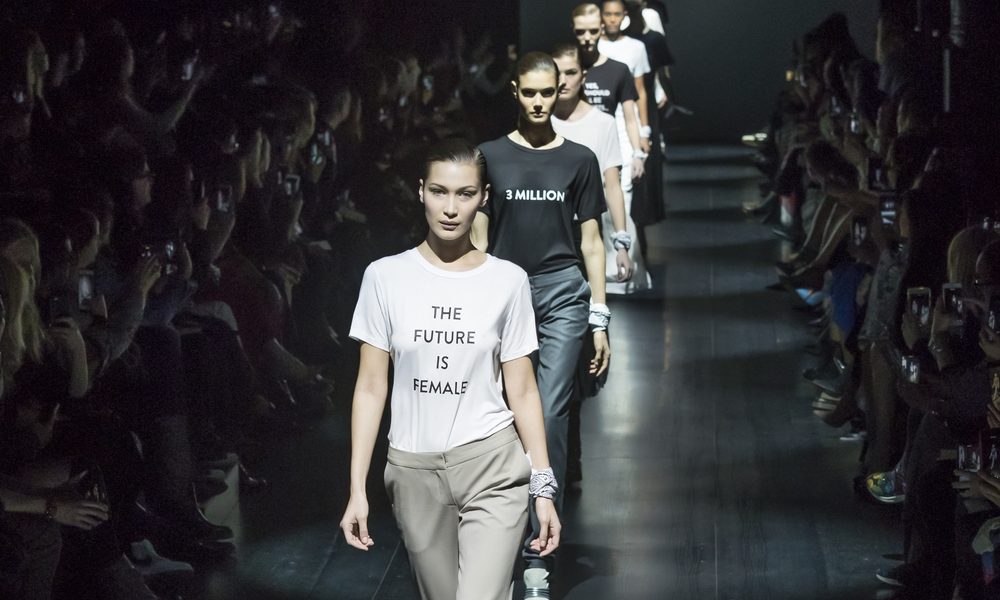 The basic white T-shirt is one of the most popular and accessible garments in the world. It’s a blank canvas that fits into everyone’s wardrobe for them to interpret in their own special way. As a blank canvas, it’s a great garment to convey an specific message that represents who you are and what you believe.
Polish designer Barbara Hulanicki introduced the T-shirt as a fashion item in 1964; in the 70s, the iconic mother of punk aesthetics Vivienne Westwood began to wear the T-shirt without gender distinction as a medium to communicate her thoughts on sexual liberation, anti-war, climate revolution, and anti-propaganda.

The classic T-shirt has yet to fade away from the public eye, so let’s take a look at some of the most popular political shirts in the last few decades.

British designer Katharine Hamnett also saw the T-shirt as a platform to express a direct political message. She released her first statement “Choose Life” that became popular thanks to the British singer George Michael. He wore this shirt in his music video “Wake Me Up Before You Go Go” in 1984 .

“The Future is Female” by Prabal Gurung

In recent years, the T-Shirt has gotten more political than ever. Prabal Gurung was at the forefront with statements such as “The Future is Female”, “Our Minds, Our Bodies, Our Power “,” Nevertheless, She Persisted “, among others.

“I Will not be Silent” by Lingua Franca

Regram @ava “This just made my Monday. Much love to you, @tessamaethompson. And love to all who understand that a lack of women directors is to film/tv what one hand is to clapping.” 👏🏿👏🏻👏🏼👏🏾👏🏽 #lfresistance

New York design firm Lingua Franca, a favorite among celebs such as Meryl Streep and Tessa Thompson, has used this power and extended to embroidered cashmere sweaters that say phrases such as “I Am an Immigrant”, “I Miss Barack”, “Power to the People”, “I Will Not Be Silent”, “Equal Pay”, and so on.

Some fav screenshots of Meryl and @tomhanks on @theellenshow – sorry I couldn’t help myself – we’re still freakin out over here !

This weekend, we’re daring to create a more perfect union. Today through Monday, take an additional 20% off sale items and 10% of your purchase will be donated to the ACLU.

Opening Ceremony also launched at the beginning of 2017 T-shirts that reflect what is happening in the world. The capsule collection called “The Action Capsule” was meant to give power, voice, and freedom to young people with political messages against the damaging policies from Donald Trump’s administration, such as “Act”, “Change”, “Protest”, and “Fight”.

Inspired by composer and electronic musician @DanDeacon’s score—a personal meditation on American identity—debuted last night @Justin_Peck’s ballet, #TheTimesAreRacing … We introduce our Action capsule, a series of hoodies, tees, and tanks with empowering language—DEFY, FIGHT, PROTEST, ACT, UNITE, and CHANGE. Language that captures the essence of what it means to be an American 🇺🇸 (📸 @tomjohnsonstudio)

“We Should All Be Feminists” by Maria Grazia Chiuri for Dior

The 'We Should All Be Feminists' T-shirt, first introduced by #MariaGraziaChiuri for Spring-Summer 2017, remains one of the season's most recognizable and symbolic pieces. © @the.moments #DiorFall17

The world of High Fashion has also seen their own version. Dior’s Spring / Summer 2017 was the debut collection by Italian designer Maria Grazia Chiuri, and she started with a powerful message “We Should All Be Feminists”. The designer presented a political T-Shirt once again in the spring / summer 2018 collection, inspired by the French artist Niki de Saint Phalle, with the statement “Why Have There Been No Great Women Artists?”

Legendary photographer @BrigitteLacombe draws us directly into the heady possibilities embodied by Paris' feminist movements of the sixties. Our muse, Jennifer Lawrence, sports a striped t-shirt displaying the title of Linda Nochlin's seminal essay advocating the impact of women in the world of art, a key inspiration for #MariaGraziaChiuri for the Spring Summer 2018 collection. #DiorSS18

The T-shirt reaffirms its role as the simplest and most democratic platform for personal expression, demonstrating that fashion has the power to unite people in order to achieve a positive change in the society in which we live.

What will your T-shirt say? Choose wisely as it’s a powerful form of communication.

France Will Soon Ban Stores from Throwing Away Unsold Clothes 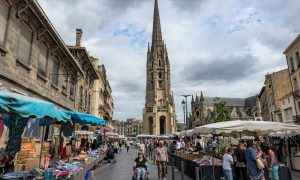 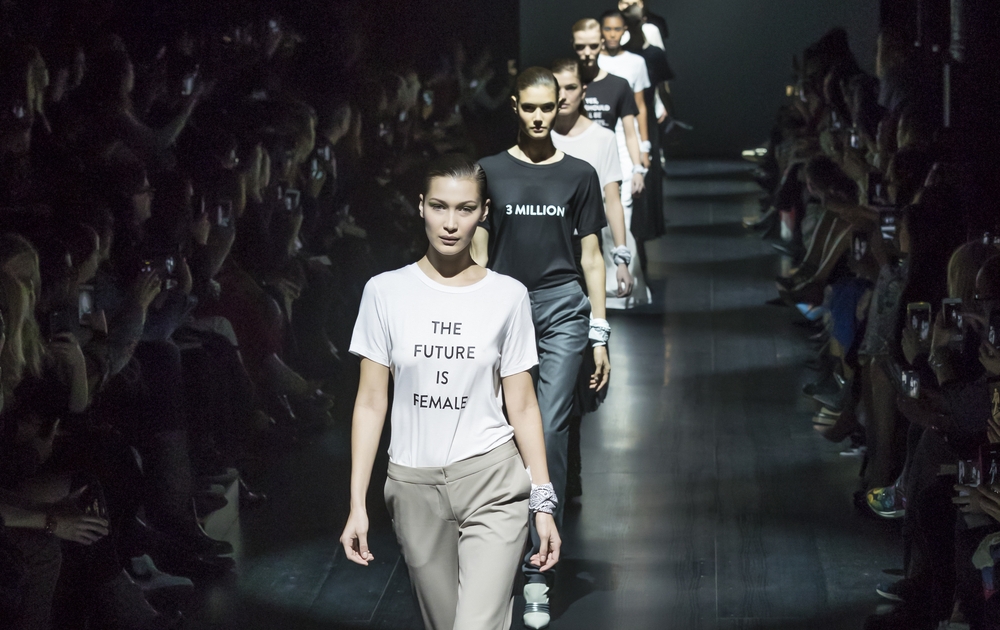