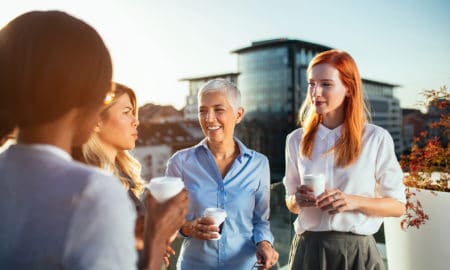 With all that we have to do each day, it is easy to get stressed, sidetracked, and forget what is truly important in life.

Here are some simple things you can do throughout your day to help keep you centered, grounded, grateful, and living from your heart center.

Mala beads are traditionally used for Japa meditation, and similar to a rosary, where each bead represents a number of times you recite a positive mantra, affirmation, or prayer, to come into a more calm, spiritual state. It may not be realistic to do the entire practice during the day, but once you have put all your positive energy into your mala beads, it is with you all day long. Mala beads can be worn as a beautiful piece of jewelry every day, and the meaning behind it is a positive, constant reminder throughout your day.

Every time you eat, say grace – grace to your creator, grace to the Earth. whomever you are grateful to, to be able to nourish your body with wholesome foods. Furthermore, if you are cooking, be sure to say positive affirmations while you are prepping the food, so that you can digest the positive energy you put into it.

Many of us have such stressful, demanding lives that our fight or flight response is being activated too frequently causing us to be off-centered. The accumulation of stress hormones in the body can trigger all kinds of serious health problems, so it is important to be aware and know how to release it on a daily basis. I always look to nature’s cure first and animals are the best at this. When their adrenaline (fight or flight) is released, they literally shake off the remainder of stress hormones so that their body doesn’t absorb it. I’m sure you have all seen your dog or cat do this type of shake after they have gotten scared or defensive. Humans innately release this by yawning, sweating, or heavy breathing, which is a slower process. The best way to release this on a daily basis is to mimic animals’ response. Stand up and vigorously shake your body to release anything that you need to let go of to keep you healthy and centered each day.

* When choosing your own Mala Bead, listen to your instinct and don’t over think it. Let your spirit guide you, as such in life. ~ Jesse Golden 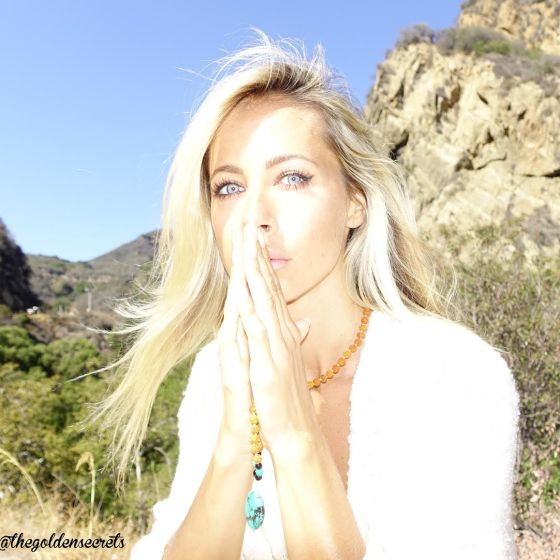