20 Interesting Facts of Sweden that Will Surprise You 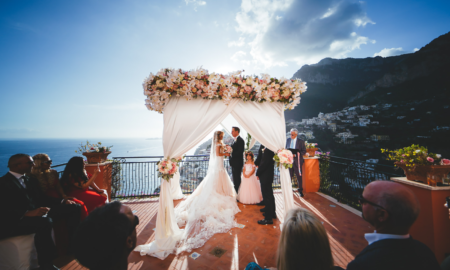 Here’s Why Destination Weddings are Trending for Summer 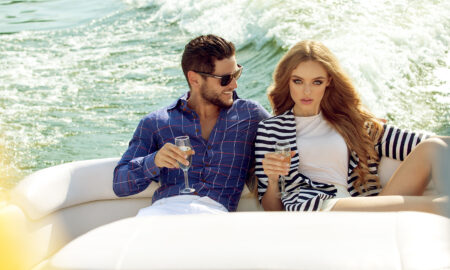 Sweden is a very beautiful country and also super curious. Did you know that there is a neighborhood in Uppsala where people roll down the windows and start shouting? Well, in this post many curious facts like this are waiting for you. We tell you 20 curiosities of Sweden so you can get to know this Nordic country better and have more Stockholm vacation ideas for this summer trip.

1. We should thank them for founding Ikea, right?

And for their meatballs too. To give you an idea of Ikea’s turnover, an average of 1,836,000 meatballs are eaten every year in all Ikea stores around the world. Ikea was founded in Sweden in 1943 by Ingvar Kamprad.

2. And for having saved many lives

The Swedes also invented the three-point seat belt. It is said to have saved more than 1 million lives. It was launched by Volvo in 1959 and is currently implemented in 1 billion vehicles worldwide. Undoubtedly, one of the best curiosities of Sweden.

3. The moose, the main enemy for seat belts

Neither poisonous snakes nor crocodiles. The most dangerous animal in Sweden is the moose. Yes, its most common animal. In fact there are more than 350,000 moose in the Swedish forests. Unfortunately they cause approximately 6,000 traffic accidents every year.

4. There are few Swedes in Sweden

One of Sweden’s best curiosities has to do with its small population. Sweden is the third largest country in the European Union (after France and Spain). However, it has the second lowest population density, about 23.5 people per square kilometer.

5. When a music group challenges an automobile giant

ABBA is the fourth best-selling music group in history. Only Elvis Presley, the Beatles and Michael Jackson are ahead of them. The group has sold more than 375 million records worldwide. At its peak, ABBA was Sweden’s largest exporter after Volvo – they were tremendous!

6. They don’t mind paying a lot of taxes, one of Sweden’s most surprising facts

The taxes paid by the population contribute to 51.4% of GDP. Swedes are one of the most heavily taxed societies in the world. Ironically, they are generally happy to pay such a high tax rate.

7. The Kingdom of the Swedes

Around 2,000 years ago, the inhabitants of Svear gave their name to Sweden. In their language, svear meant “we” and rike meant “kingdom”. So Sverige, the modern Swedish name for the country, means “Our Kingdom”.

8. It is a very peaceful country

Despite being a huge military power in the 17th century and one of the world’s largest arms producers, Sweden has not been involved in any wars for almost two centuries, including the two world wars.

9. They love McDonald’s, one of Sweden’s funniest curiosities

10. Lack of electricity takes its toll

Due to its proximity to the Arctic Circle, Sweden is characterized by long, dark winters. Seasonal affective disorder causes widespread depression in about one in five people in Sweden. This disorder is caused by a lack of natural light, which leads to an increase in the production of melatonin, the sleep-related hormone.

11. The Swedish passport is the third best in the world

It gives you access to 158 countries without having to apply for a visa. The first two are Germany and Singapore, which allow you to visit 159 countries. But we Spaniards can’t complain either, as we can visit 157. A stark contrast to Afghans, who are only allowed to visit 22 countries without a visa. That`s will probably help you, when you are going to stay somewhere abroad, while booking a hotel with https://karta.com

12. The invisible border between Haparanda and Tornio

Haparanda (Sweden) and Tornio (Finland) are so close that they share the same post office. With this passport, borders are invisible! There are even two phone lines in the office, one for calls to Sweden and one for Finland.

13. Sweden, the country with the most patents per capita in Europe

Years go by but Sweden does not lose innovators. For example, Erik Wallenberg patented the Tetra Pak, Rune Elmqvist patented the pacemaker and Alfred Nobel patented dynamite. In fact Sweden is the country with the highest number of patents per capita in Europe. So if you want to invent, Sweden is sure to inspire you.

14. Swedes are such good people that they pick up other people’s garbage

Sweden is so good at recycling that it has run out of garbage and imports 80,000 tons a year from Norway. One of Sweden’s curiosities shows the importance they give to a clean environment.

15. Never stay at Flogsta when visiting Uppsala, one of Sweden’s best curiosities

Uppsala University has a great reputation. If you dare to visit the city, do not stay in Flogsta, a student neighborhood very close to the university, as you will not be able to sleep. Every night at 10 pm, students roll down the windows and scream to let off steam after evenings of studying for exams.

16. Married or poisoned, does it mean the same for Swedes?

Here is one of the funniest Swedish curiosities. Words can have multiple meanings. It depends on what you are talking about or even how you pronounce the word. For example, a gift. It means to be married, but it also means poison or toxic. So if you get excited about Swedish and fall in love, be careful!

17. An example of parity, one of Sweden’s best facts

Sweden has the smallest gender gap in the employment rate in the developed world. There is only a 4% difference between employed men and women.

North Korea owes Sweden 300 million euros for “stealing” 1000 Volvo 144GLs from Sweden in 1974. Having no foreign currency at the time, the North Koreans promised to pay for the cars with copper and zinc but these minerals never arrived in Sweden.

Every 6 months, Sweden sends them reminders but they receive no reply. And the kicker is that you can still see some of those Volvo’s running as cabs in Pyongyang, the capital. Almost 50 years later!

19. In Sweden you will never have problems to sleep cheaply

Yes, Sweden is quite an expensive country for us. But don’t worry because you can sleep for free almost anywhere. In Sweden, you can pitch your tent for a night or two in the countryside, as long as you don’t disturb the landowner or cause any damage to nature. One of Sweden’s curiosities that will make you happy if you like camping.

20. A landscape full of forests, lakes and islands

And the last of Sweden’s interesting facts has to do with its nature. Sweden has 95,700 lakes, equivalent to 9% of the total area of Sweden. In addition, almost 70% of its surface is covered by forests and it has 221,831 islands. A paradise for nature lovers. 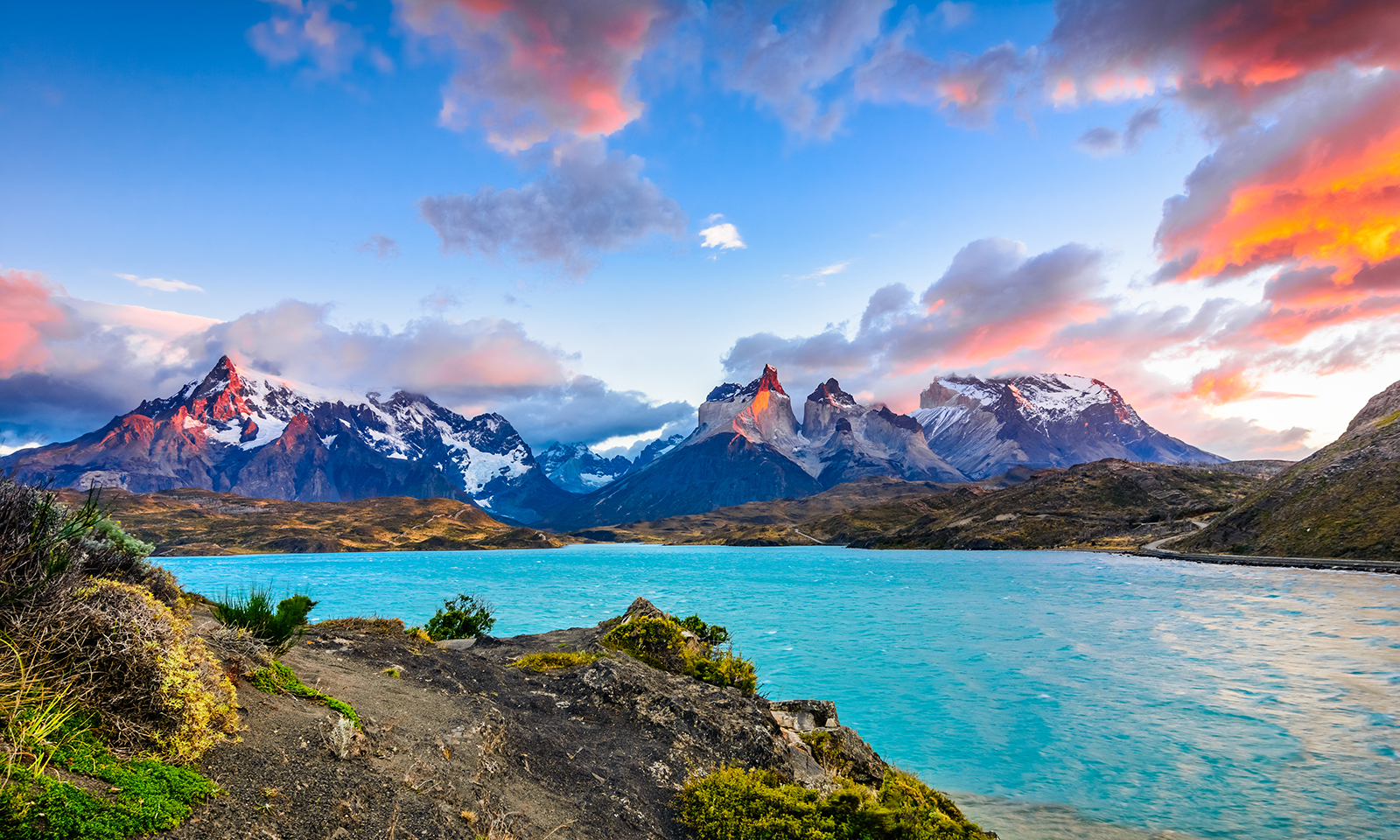